Menu
Treating your life like a theatrical production will help you direct yourself into happiness and fulfilment, says The Life Director Nadine Chammas. 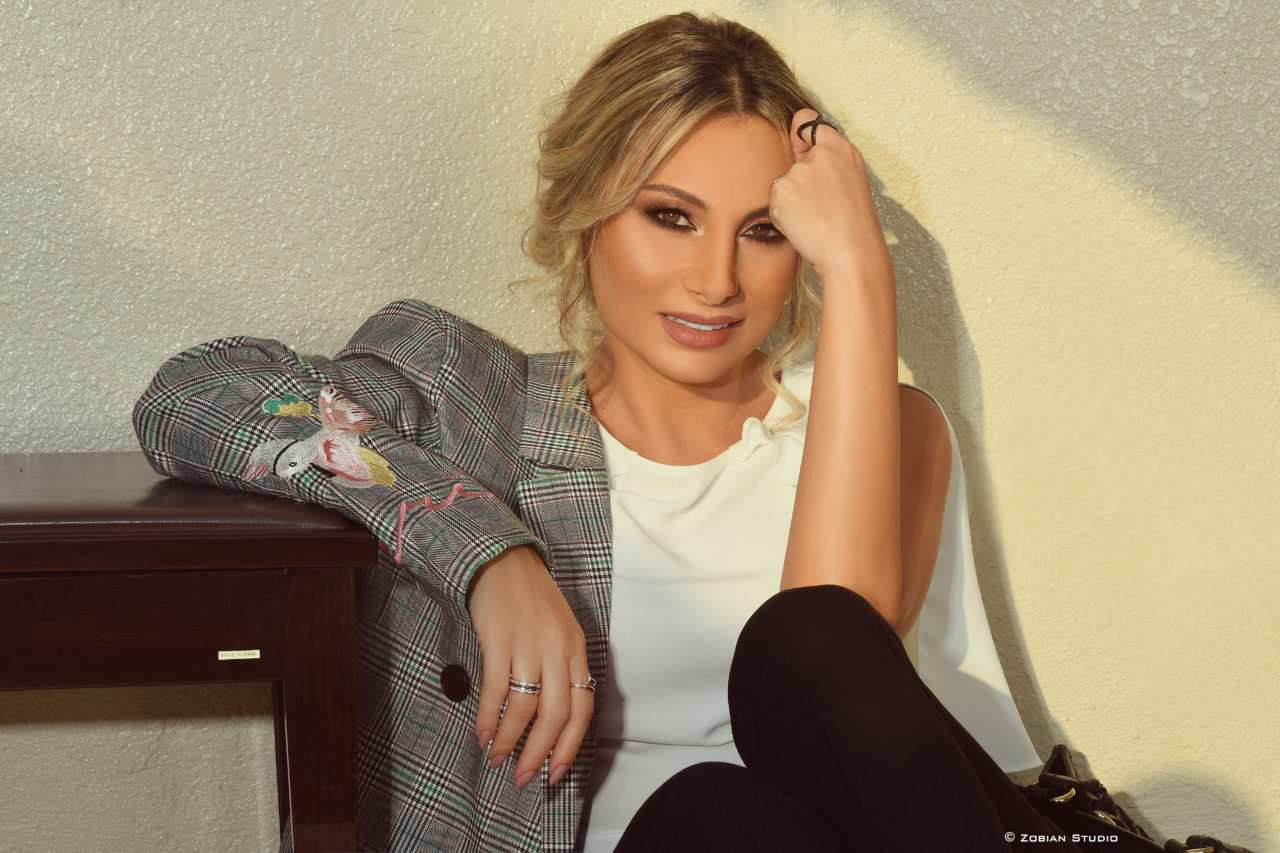 There are not many people who can list their occupation as singer, hypnotherapist, theatrical producer, drama teacher and life coach. Not only is Nadine Chammas all of those things, but she is all of them all at the same time.

Five years ago, Chammas fused her experience as a performer with her counseling skills and launched her life coaching company, The Life Director. She is now one of the Middle East’s leading figures in the positivity movement.

The name of her company is pertinent. Chammas believes we should regard our lives as a theatrical production and “direct” ourselves into bringing out the best of ourselves, re-programming our minds to see the positive in every situation in this “performance” we call life.

“We all play roles throughout our lives,” she says. “Sometimes you are backstage, getting ready to come on stage. Sometimes you are the lead actor, standing in the spotlight. Sometimes you’re in the audience, observing. But no matter which role you are playing, there is one you should never let go of — director.

“Your life is your stage and you must be in charge of it. You would never go on stage in the middle of a play in the theater. But in life we constantly let people invade our stage without our permission. If you own your own stage, you are the director, you set the boundaries.”

But if others don’t recognize you as the director, doesn’t that lead to confrontation?

“If you don’t know what you want, if you don’t have your own story, then others will insert their own suggestions,” says Chammas. Like changing a script? “Exactly.”

Chammas was born 43 years ago during the civil war in Lebanon, in Ras Beirut, which she describes as a conservative suburb. Her singing talent was discovered when she performed with a band at Scout camp and the pianist asked her to join them as their lead singer. As she was only 14, she had to rehearse in secret.

But word of her talent soon spread and by the time she was 16, Chammas was much in demand at restaurants and for weddings and parties, singing the songs of Frank Sinatra, Ella Fitzgerald and Edith Piaf in French, English and Spanish as well as Arabic. At the same time, she and her sister put on children’s plays in their community.

She began studying architecture at university and although her grades were excellent, not performing left her feeling frustrated and unhappy. Her mother found her crying one day and wisely told her to drop architecture and study acting instead.

“She said, ‘Don’t waste your time doing something that doesn’t make you happy — do what is right for you,’” says Chammas. She duly applied and was one of only 20 accepted on to the drama course from 2,000 applicants.

In 2000, Chammas moved to Dubai. She was only 21 but with the confidence of youth, she approached the Chamber of Commerce with an offer to write a children’s show in Arabic and of international standard for that year’s annual Summer Surprises Festival. The organizers took her up on it. With her two sisters, she founded SCENEZ, one of the first children’s musical theater production companies in the UAE. In their first year, they produced one play; in their second year, 10 plays, and in their third, a whopping 250.

When the recession hit in 2008, her sisters returned to Lebanon but Chammas, now married with two small children, stayed on in Dubai, opened a children’s play school based on the arts – and began adding the next page of her portfolio career. Uncertain of her own abilities as a mother, she took online courses in positive parenting, qualified in neuro-linguistic programming (NLP) and hypnotherapy and began giving talks.

During a trip to Las Vegas for a family reunion, she saw her first stage hypnosis show and instantly knew she wanted to do that, too. With her husband’s encouragement, she signed up for a course and returned to Las Vegas. “It’s a very closed world — you can only learn from another stage hypnotist,” she explains.

She was the youngest in her study group and the only non-American. To gain her diploma, she had to put on a show at the home of Todd Fisher (brother of the late Carrie Fisher of Star Wars fame) and duly became the first qualified stage hypnotist in the Middle East.

Throughout it all, Chammas also had a thriving career as a drama coach, with several celebrity clients, and as a public speaker, appearing on TV and giving talks on positivity to corporations, official bodies and schools. In 2015 she decided to combine her skills and launched The Life Director.

“In stage hypnosis, you change people’s reality. They believe what you tell them and nothing will make them not believe it.  Actors have to make people believe their performance. I joined up all those skills and techniques and my own experience to teach people to become the director of their lives,” says Chammas.

“It’s about helping you understand that you can choose to change. What is holding you back? You are not your emotions. If you feel angry, it doesn’t mean you are an angry person — you simply feel anger at this moment. Then, like an actor who has finished a scene, you drop it. If you are not happy with the role you are currently playing in your life, you can change the story, write a new script.”

But we cannot control  or “direct” every scenario in our lives; the times we are currently living in have shown us that. What then?

“You can still control your attitude,” she explains. “Right now, you can control how you keep yourself safe. During this time I’ve been cooking and I have de-cluttered my home. You can always fix your own small world.

Chammas is still singing and recently released two songs, Mesh Bas Hek  (Not Just That) and Khaleek ljabr (Stay Positive). Written by her musician husband, Serge Bekhaazi, they have been viewed more than 1.2 million times on YouTube.

She very much enjoys her varied career, which for the Life Director must feel like directing several productions all at the same time.

Want to end racism? Admit to your own prejudice