Menu
The NBA Abu Dhabi Games 2022 have begun, as the capital gears up to host its first-ever preseason matchups between the Atlanta Hawks and Milwaukee Bucks. The games — at Etihad Arena on Thursday October 6 and Saturday October 8 — mark the official launch of a ground-breaking, multi-year partnership between the American National Basketball Association and the Department of Culture and Tourism Abu Dhabi. Four-time NBA champion Shaquille O’Neal is the ambassador for #NBAinAbuDhabi and he... 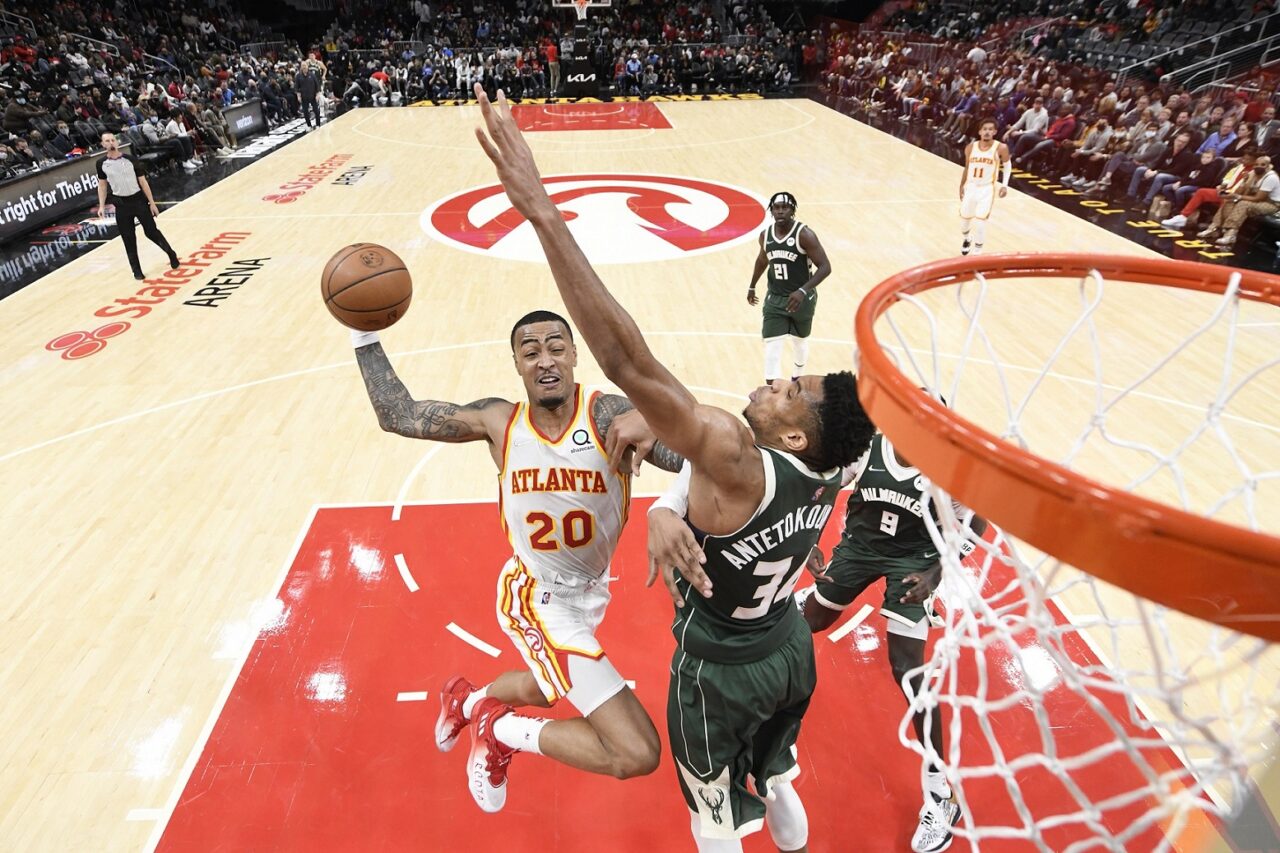 John Collins #20 of the Atlanta Hawks drives to the basket against the Milwaukee Bucks in Atlanta, Georgia in 2021. Photo by Adam Hagy/NBAE via Getty Images)

The NBA Abu Dhabi Games 2022 have begun, as the capital gears up to host its first-ever preseason matchups between the Atlanta Hawks and Milwaukee Bucks.

The games — at Etihad Arena on Thursday October 6 and Saturday October 8 — mark the official launch of a ground-breaking, multi-year partnership between the American National Basketball Association and the Department of Culture and Tourism Abu Dhabi.

Four-time NBA champion Shaquille O’Neal is the ambassador for #NBAinAbuDhabi and he will attend the NBA games, participate in youth development programming and interact with fans.

“NBA coming to Abu Dhabi will be great for the sport of basketball,” he said. “This league is truly global and some of the best players in the world are already coming from outside the United States.

“Bringing players like Giannis Antetokounmpo and Trae Young overseas, for local kids to see up close, will only spark their interest in the sport. This will certainly help nurture a generation of future talent with more countries playing the sport.”

Lest you think pre-season games don’t matter, O’Neal points out that they are important, particularly for younger players and new additions on each team.

“Also, it gets repetitive going up against your teammates in training camp every day, so any time you can simulate real, in-game situations against other players, it is valuable,” he said. “And these guys will put on a show for the people of Abu Dhabi, it is just what they do.”

O’Neal will be headlining opening night at NBA District, a first-of-its-kind interactive fan event, which runs from October 5-9 at Manarat Al Saadiyat and lets fans get immersed in fashion, music, media and art associated with NBA culture. Visitors can buy NBA merchandise and engage with NBA stars including Dominique Wilkins, Isiah Thomas, Chris Bosh and Vince Carter through daily Q&A sessions.  With performances by Fabolous and DJ Bliss. Tickets are on sale now starting at Dh55.

There are a host of basketball-themed events and activations for the community to enjoy. Guests are invited to shoot hoops and play NBA 2K in the atrium at Yas Mall until Thursday October 8 while the mall’s NBA District offers a host of basketball related experiences including appearances by NBA legends.

This tie-up between NBA and DCT has also paved the way for a youth basketball development program. The inaugural season of Jr NBA UAE, which ran from March to May of 2022, provided an opportunity for 450 boys and girls from schools across the emirate to practice and compete. Top teams from the league were treated to an exclusive skills clinic hosted by Atlanta Hawks players and coaching staff on Monday. Eager young ballers were guided through shooting and ball handling drills and given firsthand advice on how to up their game by superstars John Collins and Trae Young. More NBA FIT clinics are scheduled throughout the week to give Abu Dhabi youth the enrichment and inspiration they need to be success both on and off the court. The next season of Jr NBA UAE is scheduled to start in January 2023.

The NBA Abu Dhabi Games 2022 will mark the league’s first games in the United Arab Emirates and the Arabian Gulf. The Atlanta Hawks and the 2021 NBA Champion Milwaukee Bucks will play two pre-season games at Etihad Arena on Yas Island on Tuesday October 6 and Thursday October 8. While the games are sold out, there are premium packages available that include access to NBA events alongside unique off-the-court programming such as NBA player and legend meet-and-greets, behind-the-scenes tours, concerts, chef’s tables, golf outings, fashion shows and hospitality hubs designed to reach NBA fans globally.

Where else to catch the games

Can’t make it court side? No worries. Both games will be broadcast live in the UAE and across the Middle East North Africa on beIN SPORTS, The Sports Channel and NBA League Pass – the league’s premium live game subscription service.

Switching off with the Digital Wellness Escape at Mandarin Oriental Jumeira, Dubai