Menu
Abu Dhabi's The Studio celebrates two years on the scene, after opening as the capital's first ladies-only pilates and yoga space. 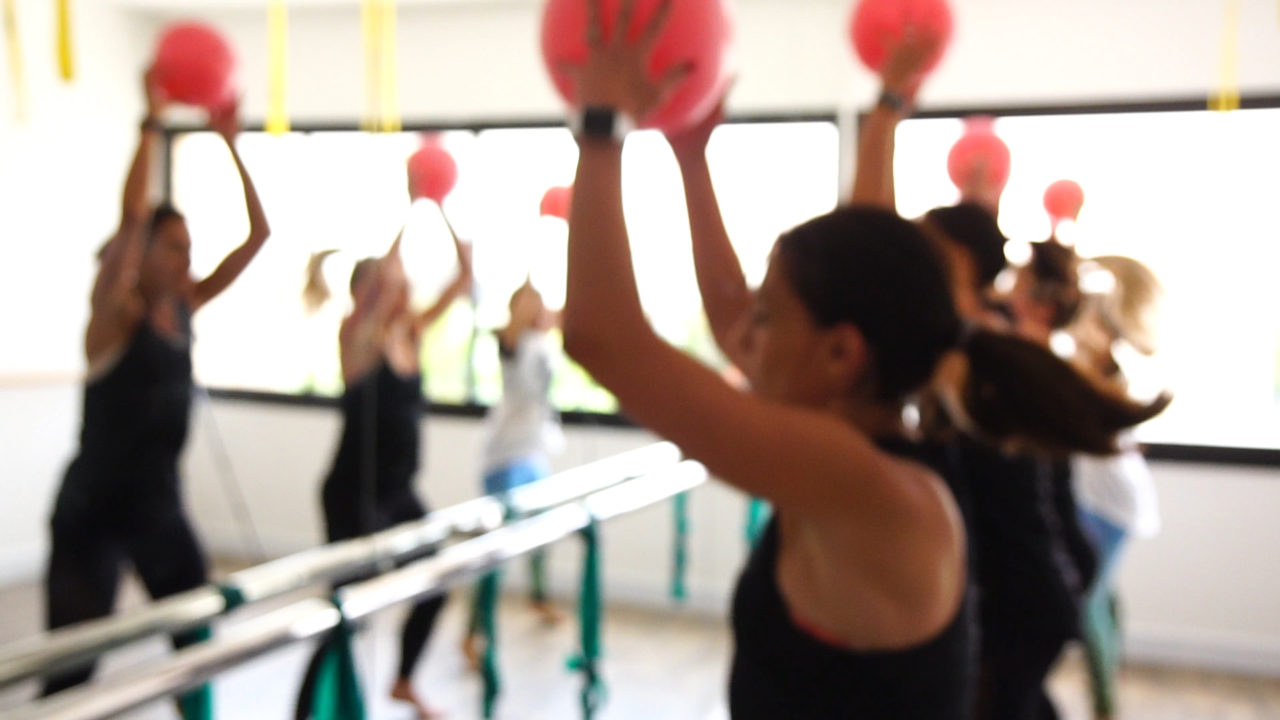 Pilates, barre and yoga are among the classes at The Studio, Abu Dhabi.

It has been two years since Mariam Al Sayegh opened the capital’s first ladies-only yoga and pilates space, The Studio, in a shaded villa opposite the Corniche two years ago. The former engineer and mother of two, still one of the only Emirati yoga teachers in the country, has since added on a retail area and juice bar. We caught up to ask her what it means to run a yoga studio, Emirati loyalty and the kind of comments that make running a small business worthwhile.

What sets The Studio apart from other spaces in the city?

I think what differentiates us from any other studio or gym in Abu Dhabi is I would say 70 percent of our clients are Emiratis. We really try to get really private areas, we need to make them comfortable. I always take it as an example for myself, what would make me feel comfortable, and tried to pinpoint where I can find that.

Isn’t that’s why you launched the studio, because you couldn’t find a place to practice?

There are lot of ladies-only gyms but there wasn’t a ladies-only studio. The gym environment, the gym is a studio. It’s loud, you have equipment. Whereas, I wanted somewhere where women can come and practice with full comfort, without worrying about anything.

How did studying to become an engineer prepare you to launch and run a yoga studio?

I studied industrial engineering which is a lot about processes improvements, making things efficient. I’ve used a lot of what I’ve studied and what I worked in The Studio, because you’re always looking to improve things, make things more efficient, even in life. I don’t think that what I studied went to waste at all.

How did you get into yoga?

I studied in the US. That’s when I started doing yoga. It was more of a stress release thing for me. When I moved back, I started to looking for somewhere to continue what I was doing, and I wasn’t happy with any of the places I went to. I came across a Google ad for a yoga certification training, which was six months. I just signed up and went in just for the sake of learning the practice on my own. I never had the intention of teaching.

When we started doing it, started learning about queuing, when I started teaching other people, I started enjoying it. By the end of it, I decided that I wanted to teach. At the same time, I wouldn’t feel comfortable going into people’s houses or teaching at the mixed studios. That’s when the idea of opening the studio actually came to my mind.

It’s a stigma. I just think it’s still one of those professions that, I think it’s evolving, especially my generation. In the culture it’s like, you either become like a doctor, a lawyer, go into business. Becoming a fitness instructor isn’t something that’s what’s common at all. I think that’s slowly changing now.

I think it’s slowly spreading because when we first opened, people had the idea of, oh, yoga, it’s just sitting on a mat and breathing and they didn’t know there was like an actual physical component to it. I think raising awareness is one of the things that we’ve also tried doing. Once people try it, they like it. The thing is a lot of people don’t see a point of trying it because when you see the clips in movies when people do yoga it’s just like it’s meditation basically. That’s what they think it is.

Is there any issue with yoga and Islam? Is there any uncertainty about where yoga fits into the religion?

I’ve been asked that question before because some people are reluctant to practice yoga because they believe that the chants that people sometimes tend to close their yoga practice with are kind of related to the Hindu religion… I mean I know that some people think of it that way but I personally even my instructor at the studio has never had that issue. Because I feel like maybe our clients maybe have done their research before coming in or they’re getting more educated about the topic, but I don’t think so honestly. Because people read now, everything is on the Internet….When you look at that you will know it’s more of a vibrations kind of thing. It’s energy and that’s in all religions.

Do you think Emirati women will gravitate to an Emirati business or another woman teaching yoga?

I think why we have 70 per cent is because we’re a ladies-only studio that’s within a villa so you don’t really have to go into like a mall or a building. You just simply park and walk in. A lot of our clients know that this is owned by an Emirati business or an Emirati woman. There is a tendency to support the other Emirati businesses, so I think that’s a big component of it. Then even us as a business, we try to support other small businesses.

Is there anything you learned in the last two years or that you would do differently?

I did learn a lot from opening a business and you really think it’s going to be easy breezy, but you go through a lot of challenges. It can be with clients, with managing people, but I never regretted doing it. It is much easier having a corporate job where you go in nine-to-five. It’s not as rewarding as when someone calls you and tells you that you really made a significant change, like an impact in their life by opening the space. I’ve gotten that comment a few times and that honestly, it makes it worth it.

The Studio offers a range of classes including several styles of yoga, Pilates, Pilates reformer, sculpt and barre. Check their website for more schedule and studio information. Featured photo courtesy The Studio.

How to start doing calisthenics in the UAE

Responsible nutrition advice is getting harder to find on social media