Menu
WWE star Ali talks about adjusting his workout schedule to accommodate Ramadan fasting, importance of family and why he doesn't like labels. 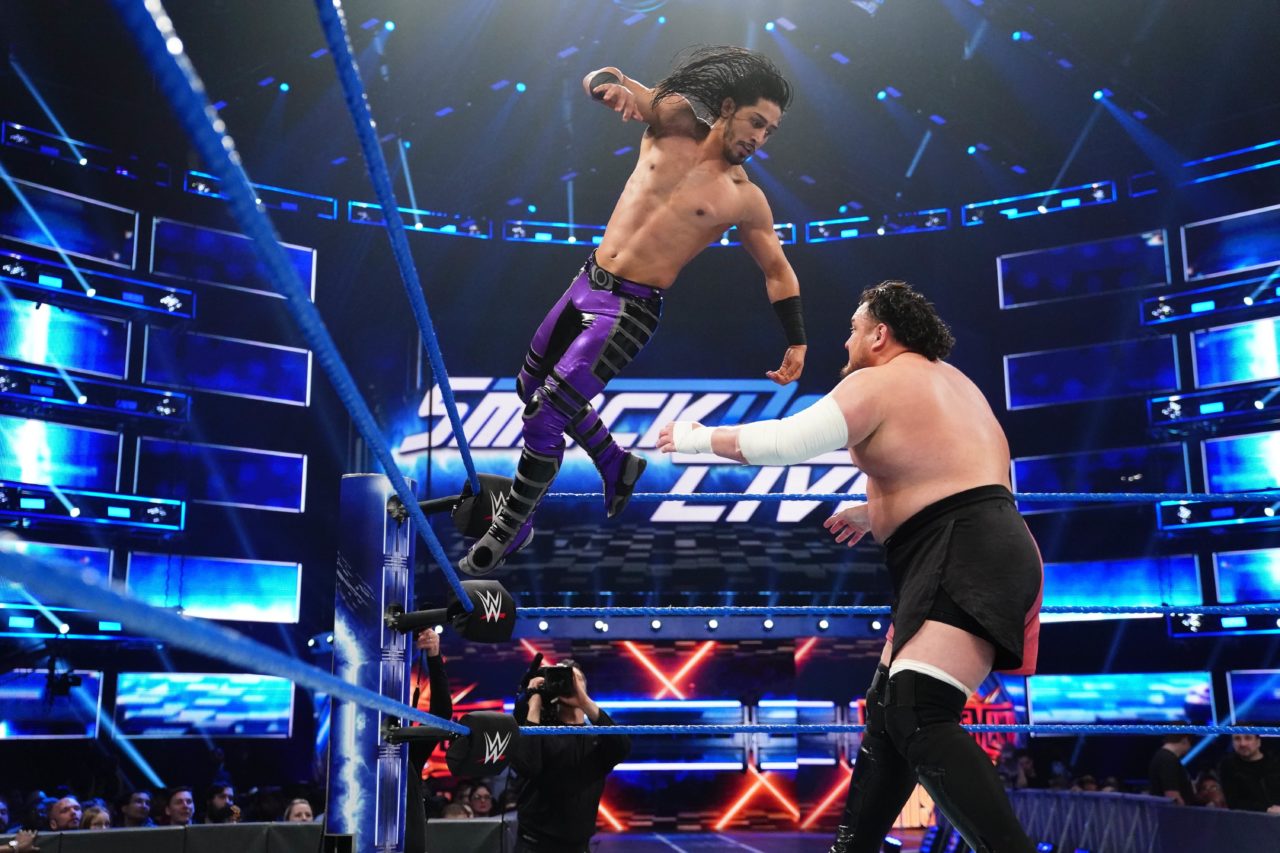 The World Wrestling Federation (WWE) trains for 365 days a year — meaning there is no break in the grueling schedule to accommodate fasting during Ramadan.

In a video released in the leadup to the WWE Super ShowDown at King Abdullah Sports City Stadium in Jeddah, Saudi Arabia, next month, WWE star Ali (real name Adeel Alam) spoke about observing Ramadan on the road, the importance of spending time with family now that he’s older and why he’s so against labels.

A performer since 2016, the 33-year-old American father of two does his best to adjust his schedule to accommodate fasting.

“Performing during Ramadan is difficult but if something means something to you, is special to you, it eases the burden,” he explains.

The training schedule of a WWE performer is “already difficult” before factoring in not being able to eat or drink from sunrise to sunset. But Ali says he’s a veteran of training and fasting, from well before the WWE, and although it was difficult to adjust initially it has grown easier over time.

Ali adjusts his entire schedule, working out at night and resting during the day, to accommodate the shift.

“Typically we’ll perform in the evening, so I’ll have iftar then and when we go to the next town I will train,” he explains. “Then so 2 o’clock, 3 o’clock in the morning I’ll do cardio, I’ll do weight training, I’ll do whatever I can that I know is physically exhausting, that way I’m able to replenish my body and I’ll go through the day fasting. Yeah, it kind of messes up the sleep pattern and changes up a lot of things but within a few days my body just adjusts.”

Like many Muslims, Ali relishes those moments in the countdown to iftar.

The life he’s chosen with the WWE means Ali doesn’t usually get to see his family on special days, like the first day of Ramadan or Eid.

“There’s been times that I’ve missed but I’ve had great times too,” he says.

As a child growing up, he remembers his mom and dad hosting large iftars — after which he’d be enlisted to clean up.

“It was always work to me,” he says, laughing.

Now that he and his siblings have married and had children, and the family has expanded, he loves the large celebrations. Ali would rather people didn’t separate themselves by where they live or how they worship.

“Why slap a label on me or you?” he asks. “What’s in your heart and your mind as a person is so much more important than where you are from. I don’t see the lines in the sand I see you as a human being, as a person with a soul. That’s my message.”

The wrestling star says people are so insular these days that many tend to speak and circulate with others who are from a similar background, and it’s doing everyone a disservice.

“That’s the only thing that’s going to bring us together,” says Ali. “When I look at you and see someone who is the exact same — that’s the only way we will ever know peace.

The Saudi General Sports Authority will host the WWE Super ShowDown on Friday, June 7. Tickets are available through www.sharek.sa.

Isn't it about time for a zero waste iftar?