Menu
Whatever your reason for wanting to make your own natural, free-from-chemicals deodorant – whether it’s to save money, to reduce waste or to know exactly what you are putting on your body – Natalya Konforti’s workshops will show you how. (Of course, everything is made up of chemicals, even organic food, even the freshest air we might breathe. So by “chemical,” what I mean are the non-naturally derived, industrially produced varieties.) Konforti, who grew up between... 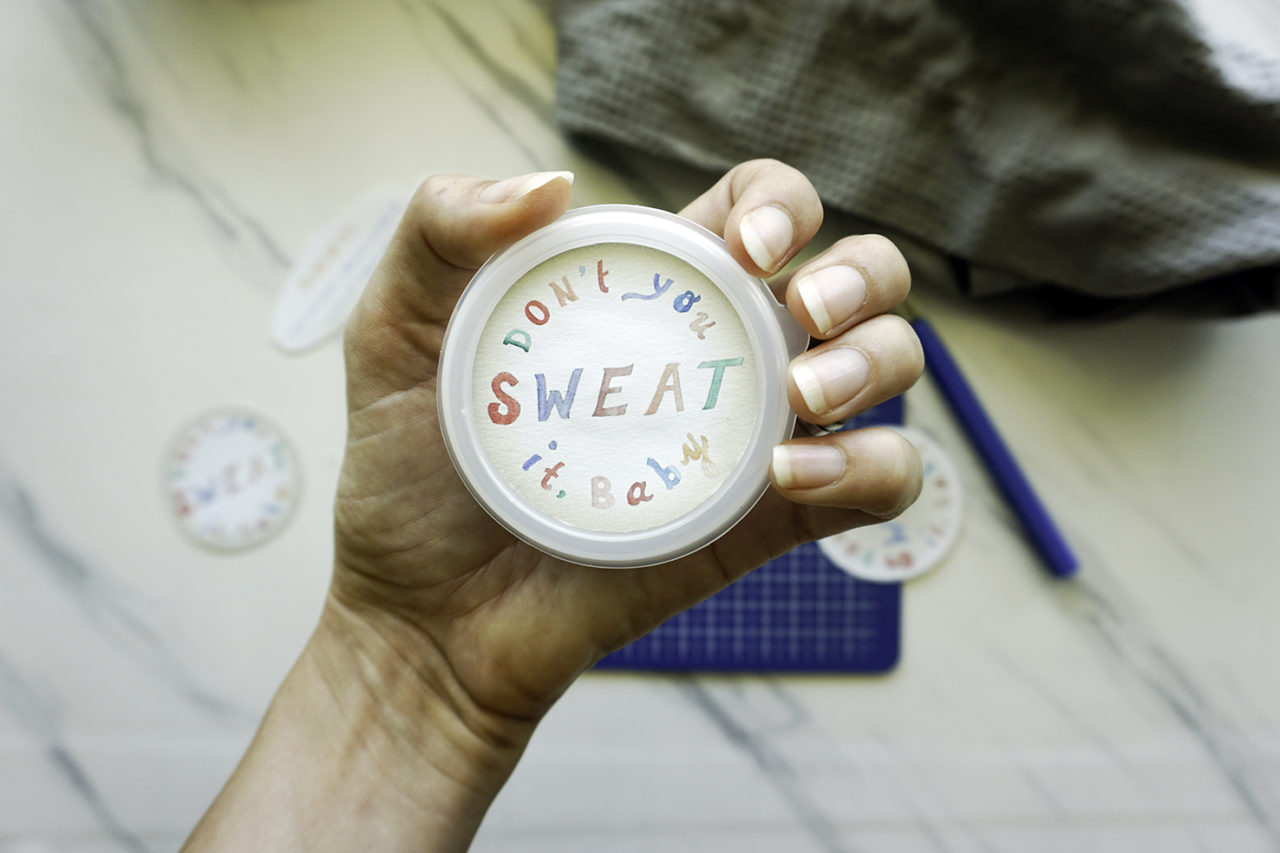 Whatever your reason for wanting to make your own natural, free-from-chemicals deodorant – whether it’s to save money, to reduce waste or to know exactly what you are putting on your body – Natalya Konforti’s workshops will show you how. (Of course, everything is made up of chemicals, even organic food, even the freshest air we might breathe. So by “chemical,” what I mean are the non-naturally derived, industrially produced varieties.)

Konforti, who grew up between Florida and France, has a fashion design background and is the creative force behind Glitches and Stitches. She also offers workshops for adults, teenagers and children on visible mending – turning snags, holes and small stains into embroidered mini works of art. What started as an Instagram account grew into a move away from fast fashion and toward artisanry and craftsmanship, not to mention sustainability. More recently she has added workshops showing people how to make chemical-free deodorants using a mixture of shea butter, arrowroot powder, essential oils, beeswax and baking powder or bentonite clay. Her workshops are held in Dubai at Kave in Al Serkal, The Workshop and Jameel Art Center.

What made you decide to start holding these workshops?

I was introduced to a homemade deodorant by a friend who started a zero-waste association in France. To be honest, I was skeptical about how well it would really work. I guess I had a preconceived notion that a natural product might not best cover the smells of perspiration, that only a chemical deodorant would really eliminate them.

But I was so impressed by how well it worked that I posted that first recipe on my blog and even designed labels to make it more appealing. I think a lot of people have the same reaction I had; they need to try it out for themselves and see the results to be convinced and that’s where the workshops come in.

Why should you DIY deodorant?

There are tons of reasons to make your own deodorant. For one, you can adapt the recipe to suit your skin type, perspiration levels and even the season. It’s much cheaper than store-bought deodorant and of course there’s the environmentally friendly aspect, reducing waste and knowing exactly what you’re putting on your body.

Not at all, it’s really very simple and quick. The workshop lasts an hour because we go through all the ingredients and the role they play. But the whole process only takes me 15-20 minutes at home to make six months’ worth of deodorant for myself and my husband. To make things even easier, many people already have some of the key ingredients in their kitchen.

What kinds of people have been coming to your workshops?

I’ve had mostly women join the deodorant workshop, either because they are interested in waste reduction or trying to live a healthier, chemical-free life. I think women tend to put more thought into their choice of self-care products, but I have had a few men join as well. There’s been a wide range of ages – twenties to sixties and even a few teens – and quite a variety of nationalities: Emirati, Indian, South African, Lebanese, European… the list goes on.

Why should people consider moving to natural deodorant?

If you check the label on a traditional store-bought deodorant you might have at home, chances are you’ll see mostly chemical ingredients you don’t recognize. I’d encourage anyone who’s been hesitating to do some quick googling and check if those are chemicals they feel comfortable putting on their skin.

Why does your natural deodorant recipe work where others fail?

One key is that my recipe really absorbs the smell of perspiration instead of covering it with perfume. Another important aspect is being able to adapt the recipe with slight variations. Ingredient ratios can be altered to suit people who sweat more heavily or for strong odors and other ingredients can be substituted for sensitive skin.