Menu
Physicians at Cleveland Clinic Abu Dhabi are leading calls for women to take charge of their heart health and recognize abnormal symptoms. Asma Mahjoub, a 41-year-old Zumba instructor, was attending a fitness class in 2017 when she began experiencing chest pains and shortness of breath, both classic symptoms of heart problems. Although she didn’t realize at the time, it was the beginning of a three-year journey of uncertainty and worry. “I was attending a morning... 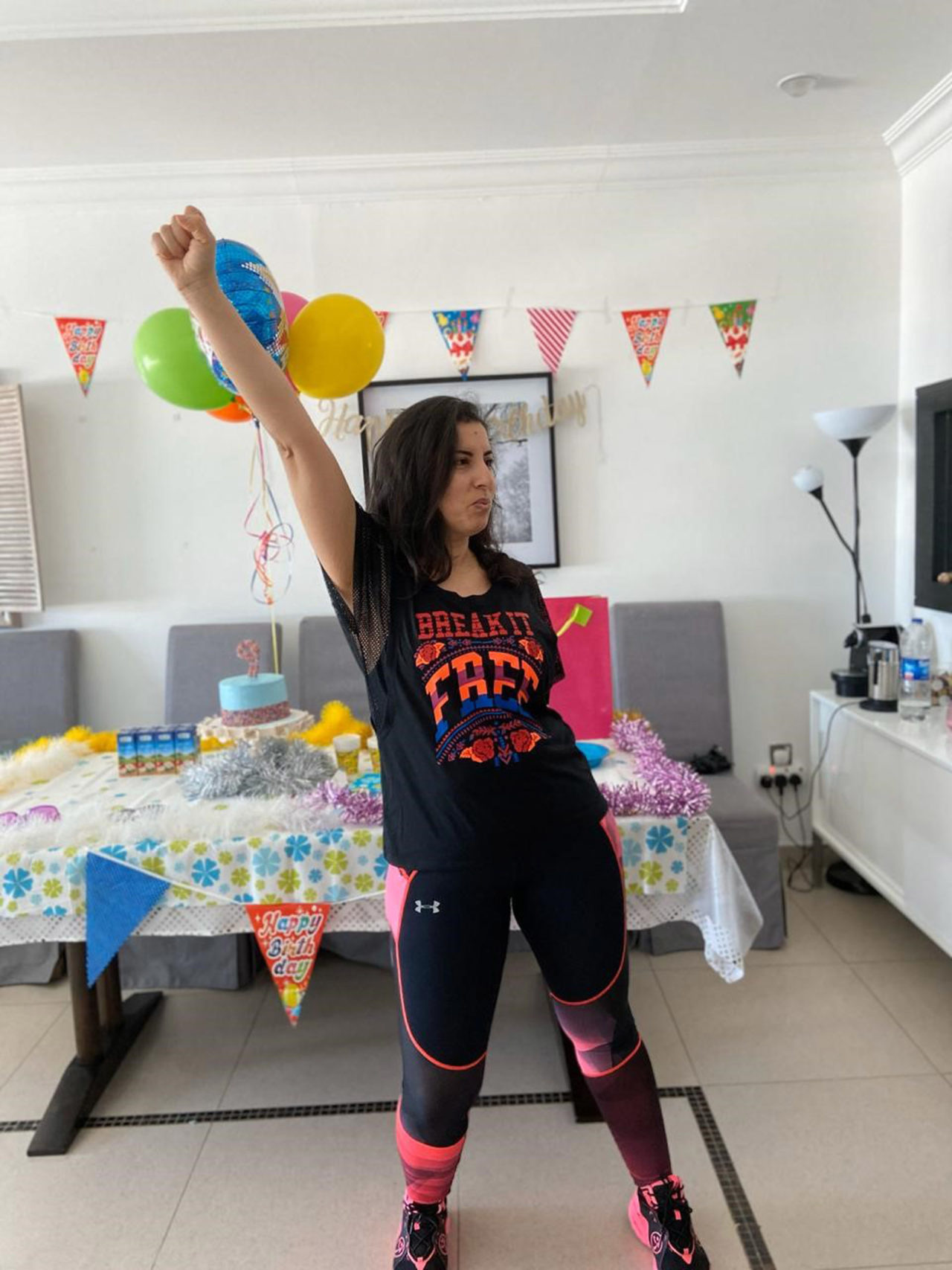 Physicians at Cleveland Clinic Abu Dhabi are leading calls for women to take charge of their heart health and recognize abnormal symptoms.

Asma Mahjoub, a 41-year-old Zumba instructor, was attending a fitness class in 2017 when she began experiencing chest pains and shortness of breath, both classic symptoms of heart problems. Although she didn’t realize at the time, it was the beginning of a three-year journey of uncertainty and worry.

“I was attending a morning class, something I don’t normally do,” she says. “Suddenly, I had chest pains and difficulty breathing. Noticing how pale I was, people suggested I might be experiencing low blood sugar, since I hadn’t eaten any breakfast. After a while, the symptoms passed and as I felt fine, I didn’t think any more about it.”

A few months later, Mahjoub began experiencing the same symptoms again. Her heart began racing and she felt she couldn’t breathe. As she had not been exercising this time, she grew more concerned and rushed to Cleveland Clinic Abu Dhabi’s Emergency Department. Upon arrival, medical staff immediately realized the seriousness of her situation and began working to reduce her racing heart rate and stabilize her. Once Mahjoub had recovered from the episode, she was told to follow up with a cardiologist as soon as possible.

She did so and after further tests, she was diagnosed as having experienced supraventricular tachycardia, a condition that can cause the heart to beat over 200 times per minute. Mahjoub was given medication to take which would slow her heart rate if she experienced another episode.

“I thought that maybe it would be something I’d just live with since it didn’t seem to be dangerous,” she says. “A few months later, I had another episode at home but after taking the medication it went away quickly. However, unlike the other times, my heart felt different afterwards, like it wasn’t keeping a regular beat anymore.”

Given the change in her symptoms, she was referred to an electrophysiologist who diagnosed her with a form of arrythmia (irregular heartbeat) called AV Nodal Re-entry Tachycardia (AVNRT). Her rapid heartbeat was being caused by an electrical loop in a specific part of her heart, an abnormality that is three times more common in women than men.

Dr. Mohamed Al Jaabari, an electrophysiologist at Cleveland Clinic Abu Dhabi, said that as a fitness instructor who clearly makes an effort to live in a healthy way, Mahjoub doesn’t fit “the classic picture” of a heart disease patient.

“However, it’s important that people realize that arrythmia can affect anybody of any age, with some forms affecting women more often than men,” he says.  “Fortunately, these conditions are treatable with a safe and quick procedure that completely cures it.”

With her new diagnosis, Mahjoub was a candidate for a minimally invasive ablation procedure to cure her condition by correcting the part of her heart causing the erratic signals. However, it would be more than a year before she agreed to undergo the procedure.

“I have to admit I was scared at the prospect but to be honest, I didn’t feel anything during or after the surgery,” she says. “I was back to teaching classes just a couple of weeks later and I don’t have the constant worry I did before. My life has changed completely since the procedure. I have friends with the same condition who are still scared but having the operation is the best decision I’ve made and I encourage others to do the same.”

A 2019 survey conducted by Cleveland Clinic Abu Dhabi, part of the Mubadala network of healthcare providers, found that 82 percent of women failed to identify heart disease as the leading cause of death in women. The survey also revealed a significant lack of awareness of risk factors and symptoms of heart disease that are unique to women.

Cleveland Clinic Abu Dhabi is encouraging people to take small steps for a healthier heart with a new awareness campaign, What makes your heart beat? More information about cardiovascular disease, risk factors, treatment options and tips to lead a healthy lifestyle is available on heartbeat.clevelandclinicabudhabi.ae.

Back to school: your questions answered

The psychological impact of Alzheimer's disease