Menu
Angela Bishara started suffering agonizing joint pain and inflammation in her knee shortly after turning 30. Unable to drive, walk properly or stand up for longer than 10 minutes, she turned to the spice turmeric –and its primary bioactive substance curcumin – to tackle the symptoms of what would later be diagnosed as Hashimoto’s disease and reactive arthritis.  “I can’t describe the pain, the heaviness, the frustration, the fear of not knowing if I would... 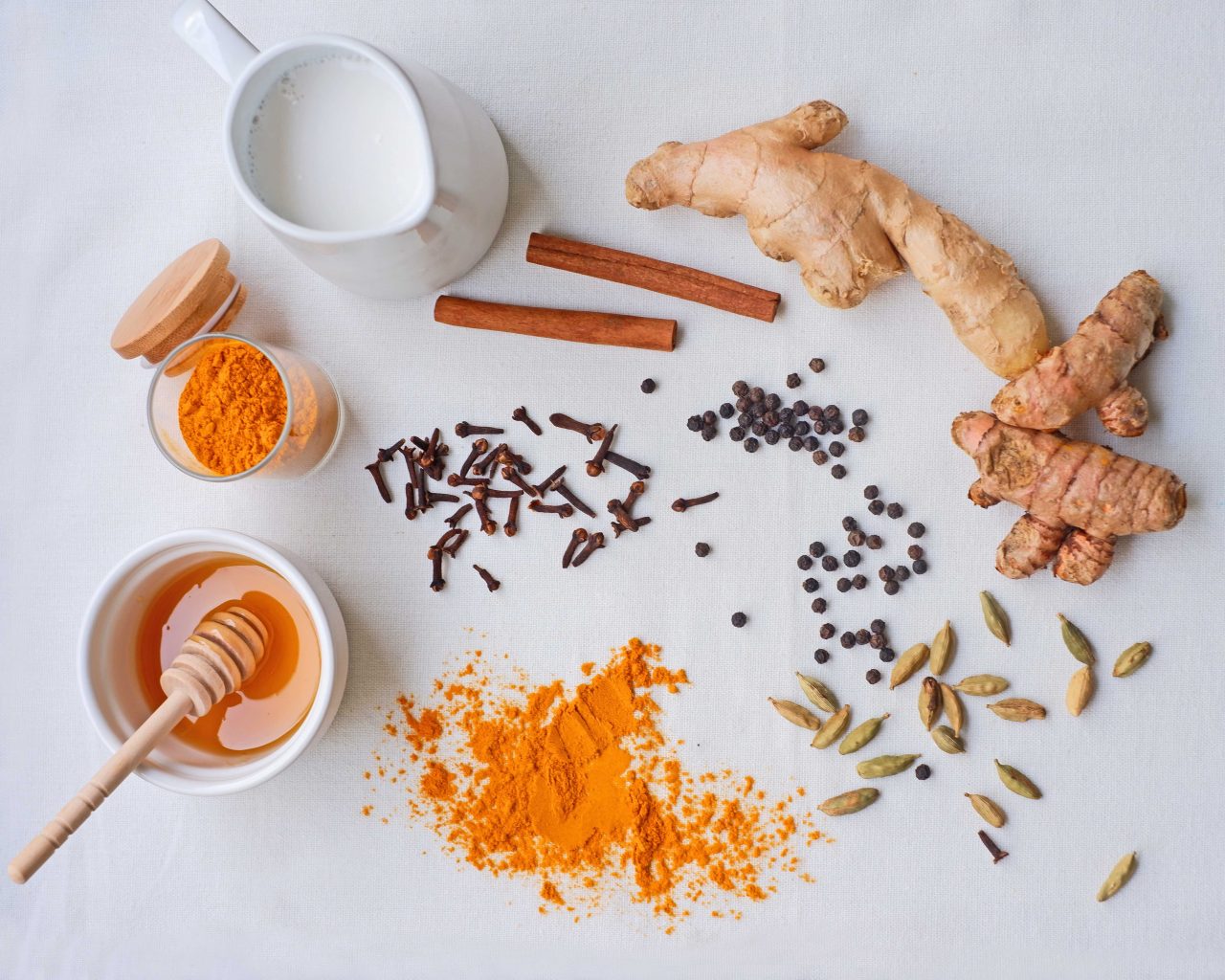 Image via Oh My Gold Turmeric

Angela Bishara started suffering agonizing joint pain and inflammation in her knee shortly after turning 30. Unable to drive, walk properly or stand up for longer than 10 minutes, she turned to the spice turmeric –and its primary bioactive substance curcumin – to tackle the symptoms of what would later be diagnosed as Hashimoto’s disease and reactive arthritis.

“I can’t describe the pain, the heaviness, the frustration, the fear of not knowing if I would ever be able to walk properly again,” she recalls. “I was constantly struggling to do anything, really. It like a whole bag of sand was tied to my knee. I needed help almost everywhere I went; at airports and malls I asked for a wheelchair and that left me feeling depleted and depressed.”

When doctors suggested turmeric for the inflammation around her knee joint, Bishara was ready to try anything. She took the turmeric in a daily ‘golden latte,’ adding the spice to warm plant milk with a dash of honey.

“Turmeric’s main active component, curcumin, is what has anti-inflammatory properties and it’s why it’s being used as a treatment for many health conditions,” explains Bishara, who lives in Dubai. “And it helped tremendously with reducing my joint inflammation. It also helped soothe me in many ways. I’d have it every night before bed and it felt like a warm hug.”

Amazed by the change in her condition, Bishara started experimenting with her golden latte recipe. Spotting a gap in the local market for a packaged turmeric latte blend, she decided to make her own vegan, organic, non-additive product and launched OhMyGold Turmeric at the end of 2020.

“Turmeric is the hero ingredient in OMG, followed by black pepper, which is a MUST for curcumin absorption,” explains Bishara. “Ginger complements turmeric in taste and in benefits and the cinnamon is to add natural sugar. Cardamom is commonly used in our region, so I wanted to add a bit of that and cloves too.”

Many studies extol the anti-inflammatory properties of turmeric and its main component, curcumin. Researchers at Clemson University in South Carolina, for example, reviewed 28 randomized controlled trials involving 1,049 control patients and 1,035 patients who received supplements in capsule form for one to three months. They found that turmeric, curcumin and curcuminoids, along with ginger and cinnamon were associated with an improved lipid profile for people with Type 2 diabetes.

Turmeric contains compounds called curcuminoids, one of which is curcumin, which gives turmeric its yellow color. More importantly, it gives the spice its anti-inflammatory and anti-oxidant properties and helps the body fight free radicals. Curcumin helps the body fight free radicals and oxidative stress, but it only makes up around three percent of turmeric in weight, so for the best results, seek out curcumin supplements. Make sure they contain piperine, a natural substance that can enhance the absorption of curcumin by up to 2,000 percent, or take it with black pepper, which aids absorption. Curcumin is fat-soluble, so it may be a good idea to take it with a fatty meal.

“Curcumin has been used in natural healing for millennia, especially in India and in Ayurvedic medicine,” explains Suzan Terzian, a clinical nutritionist and holistic health coach working with the Bodytree Studio in Abu Dhabi. “Curcumin has been studied extensively and found to be a powerful antioxidant, antimicrobial, brain protectant, and detoxification and anti-inflammatory agent.

“Studies have also shown curcumin accelerates healing, reduces depression and curbs Alzheimer’s,” continues Terzian. “Curcumin has been demonstrated to support brain function by promoting the production of BDNF [brain derived neurotropic factor], which is considered an important protein that influences brain function and the nervous system. Low levels of BDNF are linked with Alzheimer’s and accelerated ageing. In studies on rodents, it was shown that curcumin elevated BDNF production, which created antidepressant effects and improved cognition.”

There’s more: “Curcumin can also improve symptoms in those with arthritis, help manage diabetes and may support the treatment of cancer.”

A number of laboratory studies have shown a link between administering curcumin and the reduction of cancerous cell growth, as well as inhibiting the growth of tumors in test animals.

“The effect of curcumin on cancer cells has been well-researched,” says Terzian. “It has been shown to absolutely have anti-cancer effects, with an ability to kill cancer cells and prevent new ones from growing. It has shown most promise on breast cancer, bowel cancer, stomach cancer and skin cancer cells.”

Another area of interest is curcumin’s ability to alleviate pain.

“Many studies have evaluated the efficacy of a number of anti-inflammatories, including aspirin and ibuprofen, and found that curcumin was more effective,” says Terzian. “It reduces pain in the body using a similar inflammatory molecule that is found in NSAID [Non-steroidal anti-inflammatory drugs] medications, but without the potential gut-damaging risks. Studies have also demonstrated a reduction in biological inflammation during exercise recovery, which means a faster recovery time post-exercise.” Research is ongoing into the positive impact of taking curcumin for post-exercise muscle damage and also on delayed onset muscle soreness (DOMS); early results show promise but more studies are needed.

How much curcumin should we be taking?

“Be aware that many turmeric products are sold as curcumin but simply contain the normal turmeric spice you would cook with, which has less curcumin in it,” explains Terzian. “Using turmeric in food is great, but very little of the powdered form is actually curcumin. To take advantage of its many health benefits, take 500 to 1000 mg per day of a supplement that contains 95 percent curcumin. I also want to note that all supplements are not created equal, so always go for reputable brands.”

Always consult your health care provider before you start taking new supplements and in the case of curcumin, a few words of caution are necessary.

“Curcumin is generally established as a safe supplement to take. However, taken in large doses, people have reported diarrhea,” says Terzian. “It’s also important to note that curcumin can elicit blood thinning effects; basically slowing down blood clotting, which can increase your risk of bleeding or bruising. So if you are already taking a blood thinner, make sure you bear that in mind and speak to your health practitioner first.”