Menu
I heard about it at the beginning of the week, from a friend who’d been to Emirates Palace by the Corniche. A few days later, it happened to me as I entered Ace Hardware on Yas Island. By the time I got to my Friday morning F45 class at Zayed Sports City, I was an old hand: offering up my wrist, not my forehead, for a temperature check.  No matter where you sit on the... 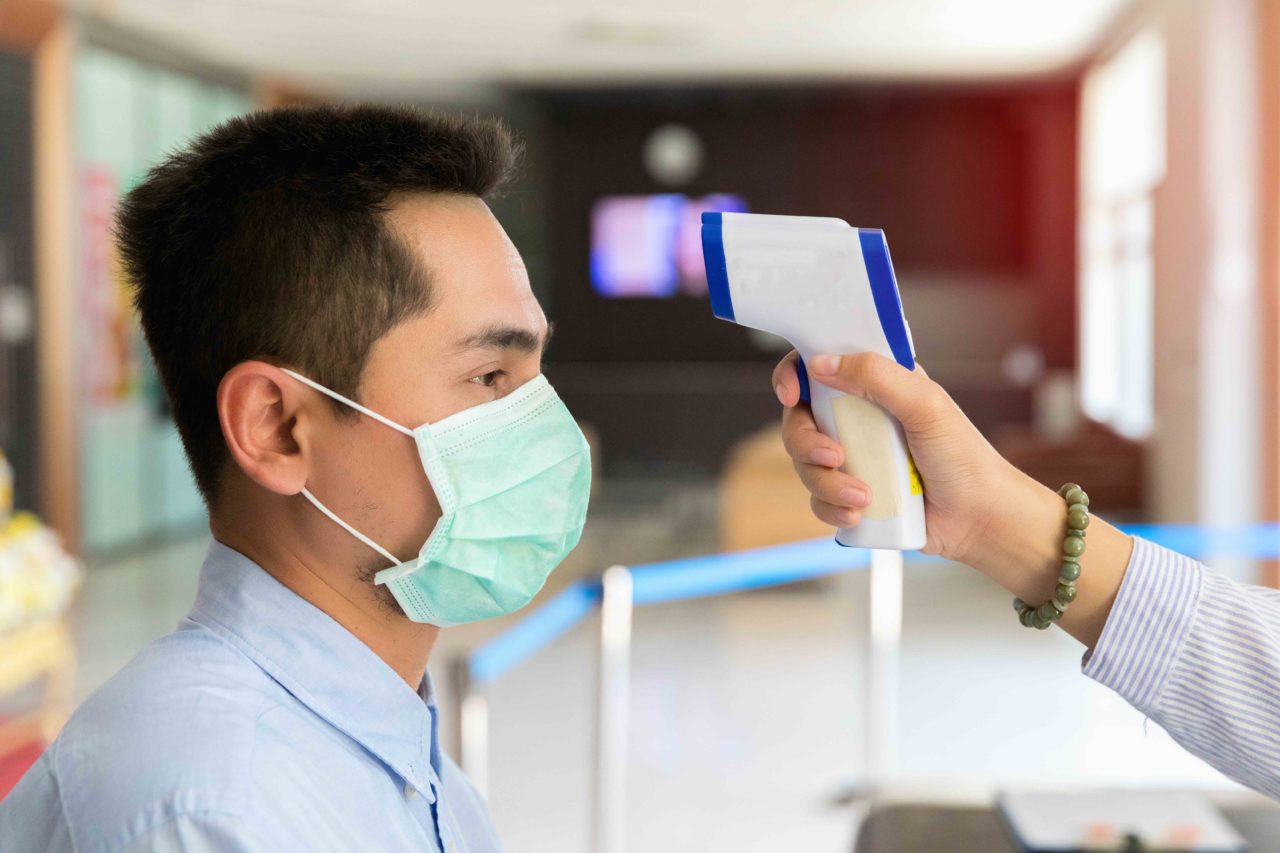 I heard about it at the beginning of the week, from a friend who’d been to Emirates Palace by the Corniche. A few days later, it happened to me as I entered Ace Hardware on Yas Island. By the time I got to my Friday morning F45 class at Zayed Sports City, I was an old hand: offering up my wrist, not my forehead, for a temperature check.

No matter where you sit on the fear and panic spectrum of our current Covid-19 dominated global situation, there are many changes to our lives that have taken some getting used to, like wearing a mask to protect myself and others. As for having  a laser gun pointed at my head when I’m just going about my business, that has always made me feel uneasy inside.

That’s why having my temperature taken via wrist or elbow is very welcome. It feels far less intrusive and I’ve even taken to offering up my wrist and elbow in place of my forehead. It’s a small thing, but one that just makes me feel better. And it seems it’s making other people feel better too.

“I just think, isn’t it a little bit invasive to point something at someone’s forehead? Why not take someone’s temperature from their hand if you can?” says Sarah Yousef, a trainer at F45 Zayed Sports City.

That sentiment is echoed in a Youtube video that made the rounds in August, quoting an Australian nurse who was worried about the psychological impact of the gun-to-head method, particularly on children. She also fretted – although with no scientific evidence –  about the impact on the pineal gland, which is small, located deep in the brain and is responsible for a number of functions including melatonin production, which is crucial for sleep.

After hearing about the husband of a friend, a decidedly no-nonsense pilot who wondered if the consistent forehead temperature checks he had to do for work might be causing his recently developed problems sleeping, I thought I’d consult a few professionals to see if there is anything to actually worry about.

Dr Nasr Al Jafari, a functional medicine specialist at DNA Health and Wellness in Dubai and a member of the Livehealthy.ae expert panel, scoffed when I asked him about it: “The ‘lasers’ don’t even penetrate below the subcutaneous layer!” he said.

Later, he expanded: “The thermometer itself does not emit radiation, it’s actually capturing radiation emitted by the body through a lens on a sensor, based on which it gives a temperature reading. The light itself serves as a laser pointer rather than being composed of infrared radiation. The light is unable to penetrate the skin, never mind the skull. That said, even if infrared rays were directed at the pineal gland, it is positioned too deeply in the brain for the rays to reach it.”

Dr Salvin George, an internal medicine specialist at Medcare Hospital in Al Safa, also said the devices are not dangerous in the slightest.

“The device uses infrared light to bounce off a person’s skin surface and the resulting light spectrum is used to analyze the temperature,” he explains. “It is safe in that it does not penetrate the skin, pointing at the forehead beneath, which is guarded by our thick skull bone that prevents any adverse effects on the brain.”

Dr George understands that having an instrument in the form of a gun pointed at our foreheads has made a lot of people apprehensive, but he thinks we are getting used to it. He does allow that children, on the other hand, may not.

“Although initially one may feel some psychological distress having a gun-like object held against their forehead, people have got used to the fact of being screened for their protection and safety,” he says. “However, the impact on children and their perception of the device would require further studies and a questionnaire once schools open fully and children start attending school regularly.”

I’m not about to make my life harder, nor the lives of any of the workers out there who never dreamed it would be part of their job to take human temperatures all day long. But I’d also rather not have a gun of any kind pointed at my forehead, if I don’t have to.

So I’ll just be out here wearing my mask, hoping my wrist or elbow will do instead.

I’m a mom: Here's why I put my fitness first

Positive intelligence: Is your mind serving you or sabotaging you?