Menu
it’s a distinctly female trait to hear a compliment and argue with why it can’t possibly be true. 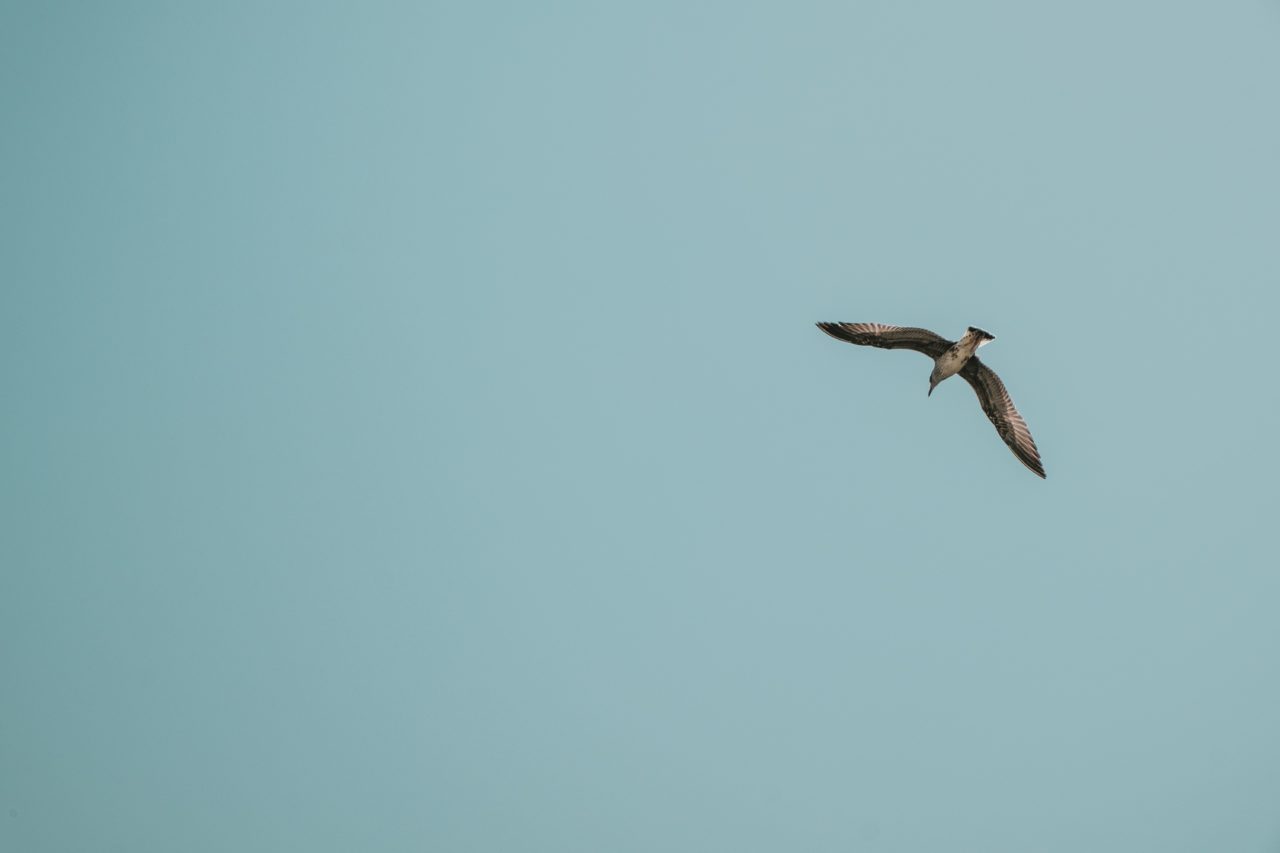 The first time she did it, I let it pass. I’d complimented her on her cool one-piece, and she said immediately, “Oh it hides a lot.”

She is in her 20s. And not that it matters, but there is nothing to hide. The second time she said it, after another compliment, I stopped her. I’ve got two decades on her, I thought. I’ve got to do something here.

After we’d got to know each other better, she told me I’d really made her stop and think about why she’d deflected my compliment with some severe self-deprecation.

Just before the new year, the best-selling author Elizabeth Gilbert, of Eat Pray Love fame, posted something on Instagram about this tendency women have. The graphic read: “Listening to a woman take herself down is like watching a phoenix rip off its wings.”

In the caption, Gilbert, who like me is in her 40s, wrote: “You guys, I can’t do it anymore. I can’t attack myself. I can’t insult myself. I can’t respond to a compliment by offering up a list of my flaws. I just… can’t.” 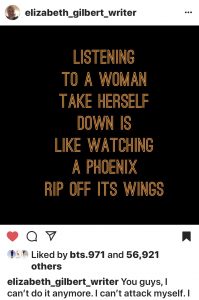 Gilbert went on to explain how in recent years she’s lost her “dark talent” for self-criticism, having come to view it as a sacrilege. And as that happened, she noticed how many other woman had honed this ill-advised skill, and couldn’t bear to hear them do it either.

I know when I consciously stopped this knee-jerk self-deprecation several years ago, it set me on a path to recognizing how many times I was being silently critical toward myself, too.

No one likes a braggart, but this is not that. And while I don’t like to exclude men, it’s a distinctly female trait to hear a compliment and argue with why it can’t possibly be true. And it’s not just compliments: women tear themselves down without prompting, too. Pointing out our flaws for others is a sport we learn early.

As Hannah Gadsby argued in this year’s brilliant Netflix special, Nanette, this kind of personal takedown is what much of standup comedy is based on. She’d reached a point though, much like Gilbert but tough for someone in her field, where she couldn’t do it anymore. 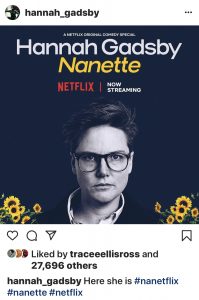 “It’s not humility, it’s humiliation,” Gadsby explained. “I put myself down in order to speak, in order to seek permission to speak, and I simply will not do that anymore, not to myself or anybody who identifies with me.”

Learning to accept a compliment without deflecting it with a personal put-down, at first, feels unnatural and uncomfortable. But once you’ve made it through a simple, “Oh, thank you”, you are on your way.

And whatever you think of the #MeToo movement, knowing how to accept compliments graciously rather than ripping yourself to shreds in front of another helps build self-belief and awareness. Those are mental muscles a woman needs to learn to put her own comfort and safety ahead of whatever man is standing in front of her. We have to start somewhere, and ending this game of lying about yourself to others, being more mindful about what you say, is as good a place as any.

The next thing you can do? When you you hear another woman “demean, degrade or diminish” herself, as Gilbert puts it, even if she’s just arguing that the shoes you told her you liked were on sale and she didn’t even really want them, ask her why. And ask her to stop, too.

Your guide to UAE fitness events in 2019 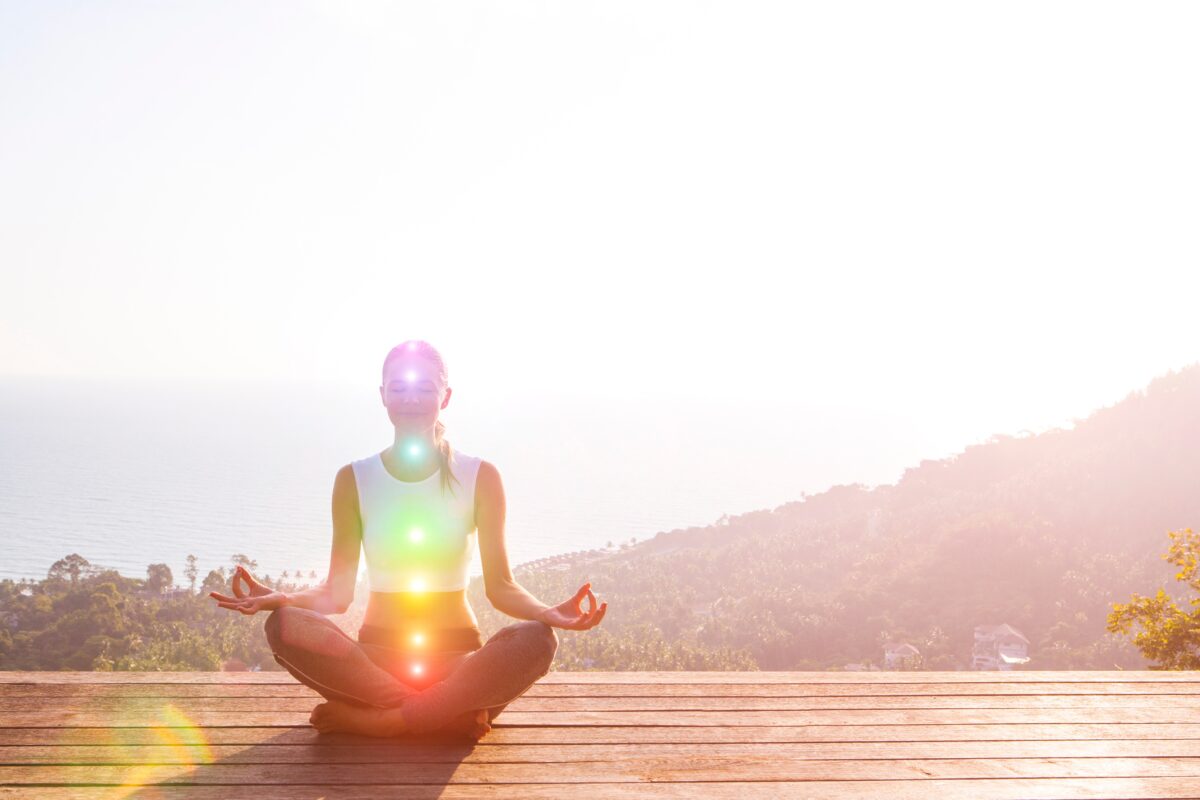