Menu
I have a theory about why men don’t go to the doctor, even when their body is sending them every possible signal that now – right now, please – would be a really good time to seek medical advice. It isn’t primarily because they’re scared to confront the truth. It’s because after millennia of hunter-gatherer conditioning, their ancestors are shouting at them through their DNA to tough it out. Either you shrug off that mauling... 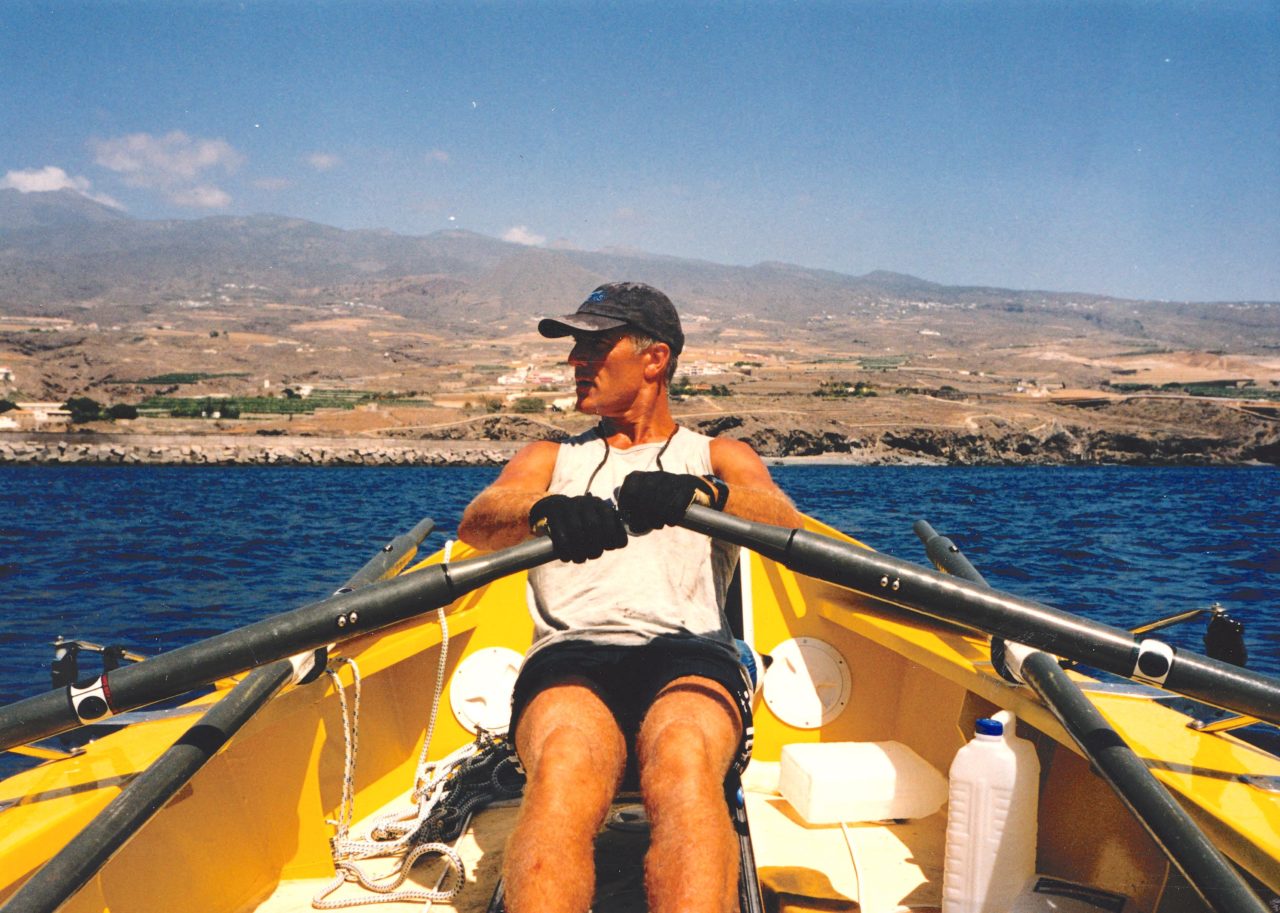 I have a theory about why men don’t go to the doctor, even when their body is sending them every possible signal that now – right now, please – would be a really good time to seek medical advice.

It isn’t primarily because they’re scared to confront the truth. It’s because after millennia of hunter-gatherer conditioning, their ancestors are shouting at them through their DNA to tough it out. Either you shrug off that mauling by a sabre-toothed tiger and bring home the mammoth steak or the family goes under.

That’s my excuse, anyway. I mean, why else would a grown man in an age of excellent and readily available healthcare rather stick his head in the sand than go through the doorway of a doctor’s office?

And, to be honest, that’s a question I’m directing at myself.

I know a fair bit about medicine and the human body; I’m a member of the UK’s Medical Journalists’ Association and I write about health issues for publications including the Daily Mail and the British Medical Journal.

I am keenly aware that of all the many conditions that can blight, shorten or prematurely end a human life, there is not one that is not better tackled earlier rather than later.

To my shame, there have been two occasions in my life when I’ve pulled on the blinkers rather than confront looming evidence that something very serious was going on inside me.

Back in 2001, after an attempt to row east to west across the Atlantic ended in  a humiliating rescue by a yacht, I stepped ashore in Barbados with a bad case of self-loathing and a strange pain that radiated down both my legs. I put it down to having been sat down for the best part of 40 days. What I needed, I self-diagnosed, was a run to get my legs moving again.

Running, I quickly discovered after falling over after no more than two or three steps, was out of the question. Quite quickly, walking followed suit.

Back home in England, after a flight during which I experienced excruciating back pain, I was soon struggling to get into my car or out of bed and pretty soon, even to stand up straight.

That’s okay, I told myself during several weeks in which the sensation in my back and legs graduated from mere pain to tear-inducing agony. All that rowing has obviously unsettled my back. It will settle down soon. Tough it out.

It did not settle down. Finally, after several weeks of imploring me to go and see someone, my girlfriend finally insisted I took advantage of the private health insurance that came with my job as a journalist with The Times.

I did, reluctantly, and by the time I got to see a doctor two days later I had developed something called “drop foot”;  when I lifted either leg to take a step forward my foot just hung there, uselessly.

“What are you doing on Monday?” asked the surgeon to whom I was urgently referred. It was a rhetorical question. “You’re having an operation,” he added. “If you don’t, you’ll almost certainly never walk again.”

To cut a long story short, two damaged vertebrae in my spine were compressing the nerves that feed messages and sensations to and from the lower body and the brain. These nerves can take only so much punishment, after which they can be irreversibly impaired. Leave it long enough and permanent paralysis is the only possible outcome.

Somehow – and for “somehow”, read “thanks to the consummate skill of the surgeon” – I got away with it. The operation was a complete success. Not only did I walk and run again, but three years later I returned to row across the Atlantic, this time as one of a team of four, heading west to east from Newfoundland to the UK.

We didn’t make it either, thanks to a perfect storm that broke our boat in two within days of our objective, but we survived and my back was no bother at all.

By this time I’d been living in the UAE for three years, working as a journalist and loving the lifestyle and my waterfront apartment in Dubai Marina. Fitness has always been my thing and never more so than in Dubai.

I got used to the heat and delighted in finding new routes around the city and running for much of the year. Living within a couple of hundred meters of Marina Walk, I regularly jogged down to the sea to swim the length of the beach before work and at weekends I would often chuck a few frozen bottles of water in a kayak and go off exploring Abu Dhabi’s mangroves or trying to beat my record for circumnavigating Dubai’s Palm island.

And then, shortly before I was due to fly back to the UK for a two-week break over Christmas, I started to experience chest pain when I was running.

In my defense, I felt it only when I breathed in deeply, so it wasn’t hard to put it down to a minor chest infection. Dubai can be a dusty place and I concluded that maybe I’d picked up something on the wind while running when I shouldn’t have been.

Plus, there were none of the other symptoms one might associate it with a heart attack – no nausea or tightness across the chest or pain in my arms.

So I kept running. I ran while I was back in the UK, loving the crisp wintry mornings, although having to stop every now and then because of that niggling pain.

I carried on running when I got back to Dubai, although a bit more slowly now – cautious because a chest infection can place a lot of strain on your heart and lungs.

Then I started feeling the pain even when I was swimming gentle laps of the rooftop pool at the Address Dubai Marina.

This went on for weeks. Again, it was a girlfriend – a different one this time, but like all women, far more sensible than men when it comes to listening to their bodies – who finally insisted I saw a doctor.

Within days I was undergoing an angiogram in a cath lab at the German Heart Centre in Dubai Healthcare City. The German cardiologist who carried it out quickly saw that I had a number of near-total blockages in my coronary arteries and, partly because at least one of them was close to my aorta – the main artery with carries blood from the heart to the rest of the body – stenting was out of the question.

I was already freaked out by the idea that I might need a stent – a metal or plastic tube inserted into an artery to keep it open. But back in my private room, when the cardiologist  was joined by a cardiothoracic surgeon and  they told me together that I needed urgent bypass surgery, I threw up with the shock.

Me? Bypass surgery? There had to be some mistake.

But there wasn’t. The pain I’d been experiencing was no infection but angina – the classic early-warning sign of a pending heart attack or, if you’re really unlucky, a cardiac arrest that will fell you like an axed tree.

I had been living on borrowed time. Despite a lifetime of fitness, never smoking, eating well, etc., I was a victim of familial hypercholesterolemia – a genetically inherited tendency for my body to block its own arteries, with or without the help of fatty foods.

I had the operation in The City Hospital at 4pm on Monday, February 27th, 2012. Having  long sections of veins stripped out of both my legs to be grafted into my chest to bypass blockages in three arteries was no fun. I was in ICU, drifting in and out of an opioid-induced haze for six days, and in hospital for a total of nine. I flew back to the UK a little over a week later.

Recovery was surprisingly quick. For months, there was quite a lot of pain – having your chest cracked open and your legs slit from ankle to thigh will do that – but I started walking right away and began jogging within a month or less of getting home.

Today, I can’t say I’m as fit as I used to be, but I’m 64 now and getting used to the idea that it’s okay to be a little slower and less strong than back in the day.

I owe my life to Daman insurance, the GP at Dubai Mall Medical Centre who rang the alarm, the cardiologist, surgeons and nurses at The City Hospital who dragged me back from the edge and, of course, my girlfriend, who pushed me to go and get my chest pain checked out. She’s my wife now, and I owe it to her and our five-year-old daughter to drop the whole macho act and, on the slightest pretext, to always bother my GP sooner rather than later. Because sometimes later can be too late.

Livehealthy.ae is shining a spotlight on men’s health in the UAE throughout Movember (that explains the mustache on our social media logo).

We all need more magnesium but what kind?