Menu
Coffee. It’s everyone’s favorite pick-me-up, whether gulped down on the run while rushing to work or sipped in leisurely fashion after a weekend lie-in. But how often do any of us give any thought to what it takes to produce that reviving dark liquid?  RAW Coffee is a company that wants us to care. In fact, more than that, the owners have made it their mission to make us care. Started in Dubai 13 years... 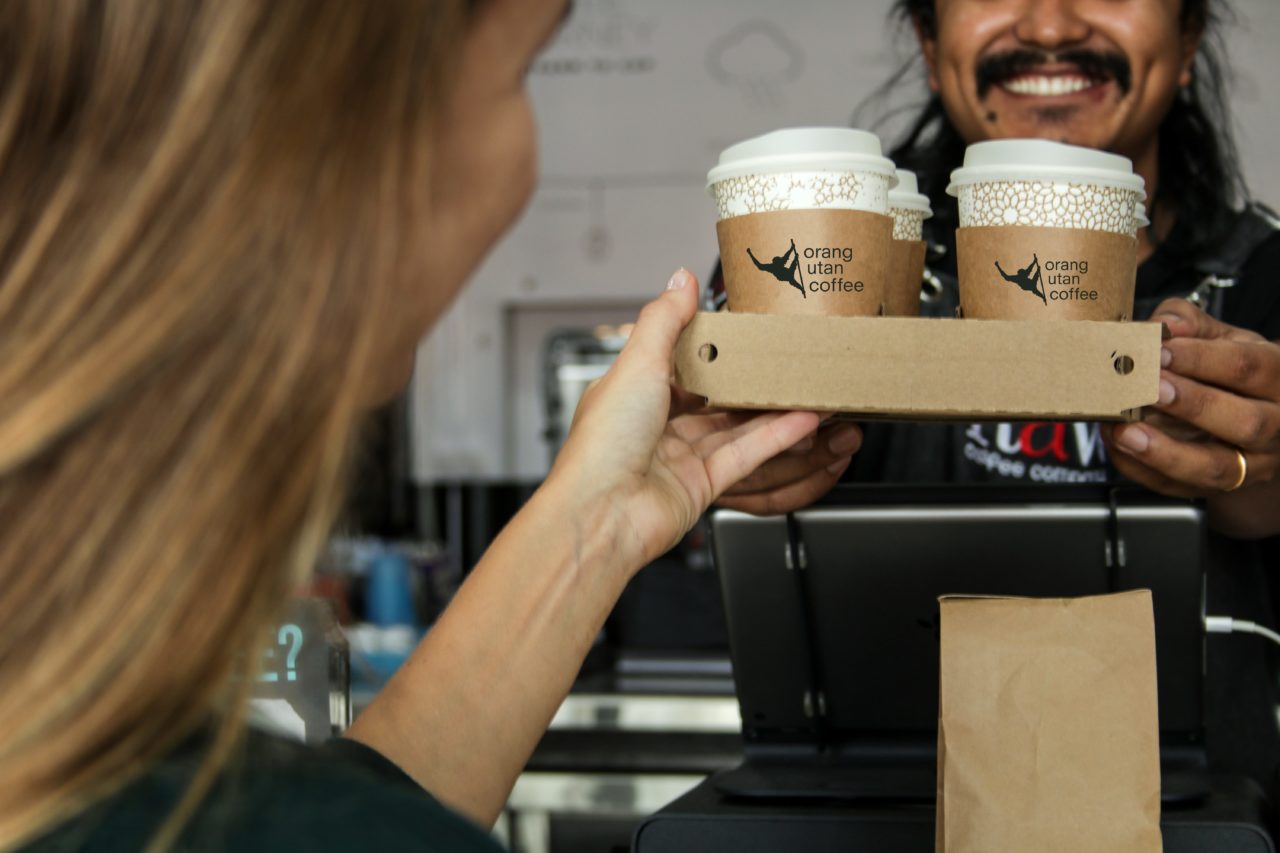 Coffee. It’s everyone’s favorite pick-me-up, whether gulped down on the run while rushing to work or sipped in leisurely fashion after a weekend lie-in. But how often do any of us give any thought to what it takes to produce that reviving dark liquid?

RAW Coffee is a company that wants us to care. In fact, more than that, the owners have made it their mission to make us care.

Started in Dubai 13 years ago by New Zealanders Matt Toogood and Kim Thompson,  RAW Coffee is all about promoting ethical coffee – coffee that values the efforts of the farmers who grow it and the producers who prepare it for our consumption.

The company sources the best quality coffee from all over the world and roasts it right here in the UAE.

“Our aims are to keep it local because coffee tastes much better if the beans are freshly roasted locally, and to be ethical in our business and make sure that the money spent on buying coffee gets to the farmers who grow it,” says Toogood.

Many of us think nothing of handing over upwards of Dh15 for a cup of – let’s be honest – often pretty indifferent coffee. So it comes as shock to learn that coffee farmers in South America often make just US$600 to $700 (Dh2,200 to Dh2,500) from a whole year’s crop. In Africa, coffee growers are sometimes left with as little as $250 to $350 to show for a year of their labor.

The UAE alone consumes around six million cups of coffee every day. Yet even with sales exceeding $630 million a year the UAE ranks only 35th in the world in terms of consumption, meaning there are many places drinking an awful lot more of the stuff. All of which makes it very clear that the people who put in the back-breaking work at the beginning of the coffee chain so that we can enjoy the product at the other end are getting a very raw deal indeed.

But the world is a cynical place and we are all guilty of being thoughtless. The contract between producer and consumer is that the former makes stuff the latter wants to buy. When we, as consumers, hand over our hard-earned cash for a product, we have fulfilled our part of the contract. So why should we think about how that product was made?

Toogood acknowledges that paying attention to ethics is a choice. He just wants more people to make that choice, both in business and as consumers.

“We have chosen to source our coffee ethically and we then become the voice for the farmer, to share the reason why, with the end consumer,” he says. “For years the coffee industry has been sourcing and trading coffee as a commodity, with a complete disconnect between the coffee farmers and their lives and the quality of the product they sell. We care about the quality and the ethics of our industry and we believe that if the speciality coffee world is to survive and thrive, this is the best business practice. The alternative is mass-produced, poorer quality, commodity-grade coffee.”

Toogood went into the roasting business after the café that Thompson ran at the old Jebel Ali Sailing Club was removed to make way for the JBR development. She was finding it difficult to get top-quality coffee, so they decided to set up their own roastery.

In their first year, RAW Coffee roasted 550 kg of beans. “Now we do that amount every day,” says Toogood.

At peak times, production reaches a tonne (1,000kg). They supply independent cafes and restaurants rather than chains and hotels. Their first commercial customer was the world-renowned – and notoriously demanding – chef, Gordon Ramsay.

From the beginning, Toogood and Thompson set out to establish personal relationships with coffee growers, traveling to their farms and getting to know their communities.

Producing coffee from bean to cup is a lengthy process. Coffee beans are actually the seeds of coffee cherries. The seeds, or beans, needed to be extracted and dried, which takes about a month. Then they must be sorted by hand and graded, which usually means transporting them to a special washing facility.

The most common variety is robusta, which is easy to grow, pest-resistant and has double the caffeine content of the more highly-prized arabica variety. Roasting beans on site – or at least as close as possible to where they will be ground up and consumed –  is key, because roasted beans deteriorate in quality during transportation.

Toogood also decided early on to trade directly with farmers – thus cutting out the wholesale middle man – and to pay them a premium.

“Basically we pay 2.66 times more directly to the farmers than what they might have received before,” he says.

The company has also helped improve production by contributing to setting up washing stations in coffee farms or close to them. A washing station costs between $8,000 and $10,000, but it can give the farmer an extra $1 per kilo of coffee.

“This cuts costs, because they don’t need to pay to transport beans to a washing station and it adds value to their product,” Toogood explains.

He is also a huge believer in sharing knowledge and expertise, taking coffee growers from Rwanda to Colombia and Yemeni farmers to Ethiopia to learn about each other’s techniques. A Yemeni woman from a collective of 55 female coffee growers outside Taiz came to the UAE to learn better processing methods, and is now passing on her training to her fellow farmers.

“Their production is small, but it’s improving,” says Toogood.

He is keen to stress that RAW Coffee is “an enabler, not a charity”.

Nonetheless, it seems the coffee roasting community is a very supportive one. Massive floods in Rwanda in May robbed 28 farmers of their lives and wiped out homes and coffee trees.

Thirty of the world’s top roastery owners got together via Zoom and have raised $50,000 to date to help them.

“However, this is just a fraction of what will be needed in just this one community for us to continue to enjoy their amazing coffee,” says Toogood. “We’re planting more trees to hold the topsoil together to prevent this kind of disaster happening again. We’re interested in what happens five years down the line, not just today.

“There is a movement in coffee toward establishing end- to-end relationships. We are not a charity, we are all in this to make money, but our relationships are long-term. In 10 years, we have only stopped buying from two places.”

As well as supplying independent cafes and restaurants, RAW Coffee sells to individual customers and also operates a café in Dubai’s Al Quoz, where the packaging is all recyclable or compostable.

“We can’t get it all 100 percent right, but we try,” says Toogood. “Everything we do is about having a positive impact.”

And, of course, serving up a fine cup of coffee.

Could camels hold the key to curing Covid-19?