Menu
Hanaa* has worked at a media agency in Dubai for three years and she’s on a comfortable salary that comes with a premium health insurance package. However despite suffering with stress and anxiety for the last two years (partly related to Covid-19) she refuses to get help through her insurance provider. “I think it’s a bit of a risk,”  she worries. “What if my employer finds out through the health insurance company, and then it... 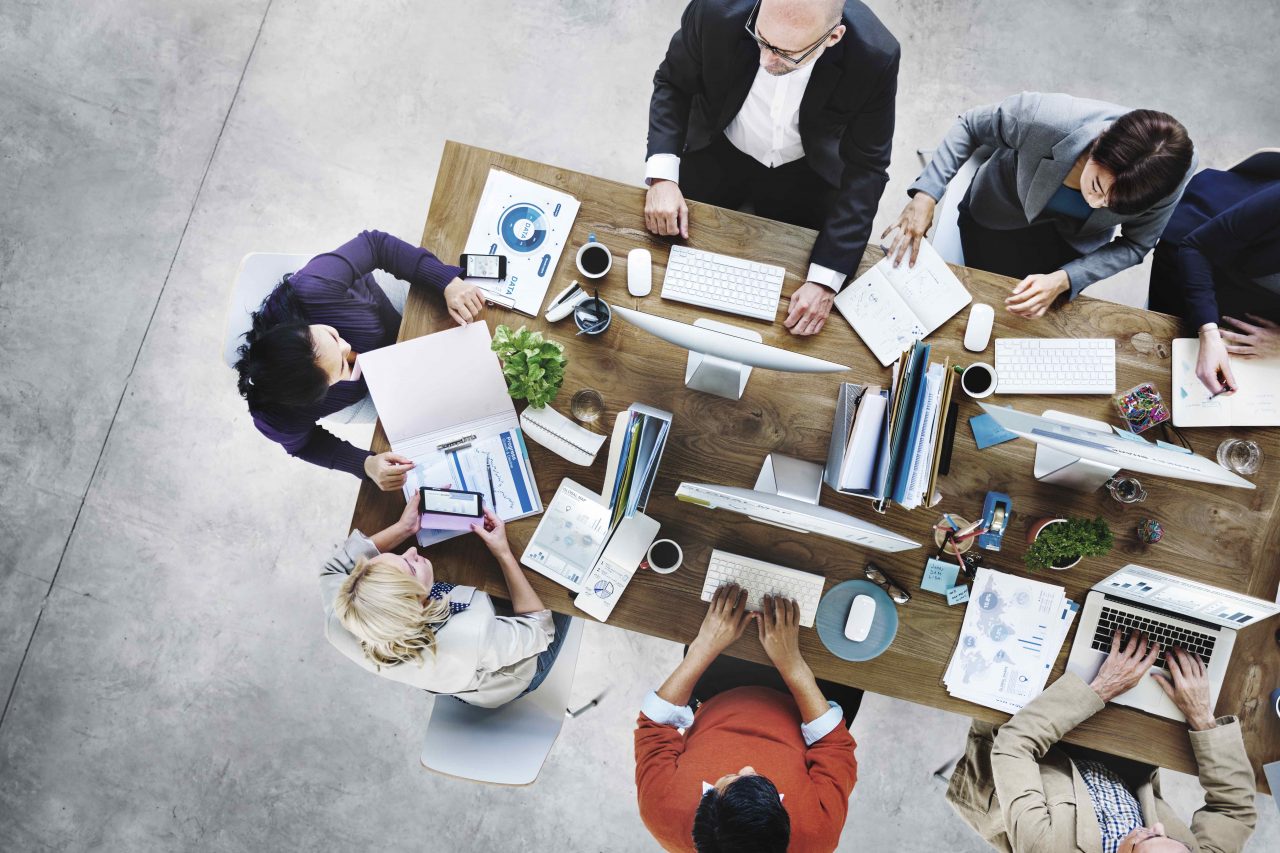 Hanaa* has worked at a media agency in Dubai for three years and she’s on a comfortable salary that comes with a premium health insurance package.

However despite suffering with stress and anxiety for the last two years (partly related to Covid-19) she refuses to get help through her insurance provider.

“I think it’s a bit of a risk,”  she worries. “What if my employer finds out through the health insurance company, and then it reflects badly on me? I don’t want my position at work, or the chance to be promoted, to be jeopardized because they think I can’t cope.”

Hanaa is not alone. A recent survey by the private medical insurers Aetna International revealed that 27 percent of UAE workers surveyed were worried about HR or management finding out details about their mental health, and 29 percent reported being worried that their career progression could be impacted if HR or management found out they were struggling. As a result, UAE employees are choosing not to use their health benefits.

And it’s not just management that workers are worried about: with 20 percent of those polled admitting that they were worried about how they would be perceived by colleagues if they used health and well-being resources, and 22 percent of those surveyed saying they didn’t feel comfortable accessing benefits as they felt no one else was doing so.

Ultimately Hanaa preferred to pay out of her own pocket for a few therapy sessions rather than sign up for free access to a therapist through her medical insurance.

“When I felt particularly bad I did seek out a therapist for three sessions, which helped, but I couldn’t afford long-term help,” she says. “I know I need to speak to someone, but I don’t think anyone at work really uses their medical insurance in that way. Nobody wants people finding out their business, and they don’t want to look weak.”

The problem is that the odd private session may not be enough, says counseling psychologist Reem Shaheen, founder and managing director at the BE Psychology Center for Emotional Wellbeing.

“I have had lots of clients do the same exact thing, enquiring with me directly rather than using their health benefits,” she explains. “You have to understand that lack of insurance, and lack of privacy guarantee from the insurer, is the number one reason people are not seeking therapy or other forms of treatment for their mental illness, resulting in ailments getting worse. The fear of being exposed by insurance companies also leads many individuals to experience an exacerbation of their symptoms, that can sometimes be debilitating.”

So, why are we so afraid of our colleagues and employers finding out about our illnesses?

“It is about being, or appearing, vulnerable — we live in a world that condemns vulnerability and where having any kind of vulnerability, whether it’s physical, or even more so psychological, can be used against you,” explains Shaheen. “It’s a fact that a person’s employability decreases if any kind of illness is revealed. It’s generally perceived by employers to be linked to less productivity, even though that’s quite often not the case.”

Shaheen offers some solutions: “I believe insurance companies should devote more time and effort into insuring client privacy, but ultimately we need to improve the culture around being ill. It is the employers that need to change, not the employees. I would encourage employers to see their employees as humans with ups and downs rather than machines with productivity estimates.”

“More needs to be done to tackle stigma around health in the workplace and employers need to become more hands-on when it comes to helping their employees navigate the health support available to them,” he explains. “A third of those surveyed said that knowing there is clear policy on mental health that ensures they will not be penalized for accessing support will encourage them to use more employer-provided health and well-being resources, and 38 percent said that knowing their peers are also accessing the same resources would help.”

It was a chance conversation with a colleague that prompted Simon*, a realtor who lives in Abu Dhabi, to realize he needed to access his health benefits.

“I was having trouble sleeping most nights, but just put it down to over-tiredness and long hours at work,” he explains. “Over the months, it started edging towards insomnia. I thought about getting medical help but I didn’t want anyone at work to think I couldn’t carry out my work duties. But when a colleague randomly told me she’d got help through the company medical care for an issue she was having, I decided to do the same. It felt better to not be the only one that might have a tick against their name. I got some advice to tackle the acute insomnia and also therapy to get to the cause of the real problem behind my lack of sleep.”

Interestingly, Simon mentions another stigma around illness and the workplace: presenteeism.

“I’ve always been the sort to go into work even when I’m sick,” he admits. “I kind of feel guilty taking a day off.”

Sneha John, clinical psychologist at Medcare’s Camali Clinic for mental health, explains Simon’s feelings. “The causes of presenteeism are varied, on the one hand, it stems from fear, the fear that staying off work, even when ill, will be interpreted as a lack of commitment, this causes people to attend work when they should not. High job demands, stress and job insecurity are key to explaining involuntary presenteeism, and lack of adequate sick pay and other financial difficulties all encourage employees to work while ill.”

Roopali Bajaj, therapist and facilitator at Miracles Wellness Center in Dubai, says losing our jobs is one of the biggest collective fears we’ve been conditioned with.

“This evolutionary instinct has been ingrained in us since the time of cavemen, where we were required to hunt for food and sustain ourselves,” she says. “In modern times, this insecurity can be manifested in more subtle ways, for example, when determining whether to take a sick day, concerns such as a fear of being replaced at work, being perceived as ‘weak’ or being regarded as uncommitted to the job, may arise. There may also be concerns around how absences, albeit legitimate ones, could be perceived by somebody’s superiors who could influence their career progression.”

John explains why it’s something businesses need to eradicate.

“Working while ill, or presenteeism, adds to the costs of organizations, it impairs the performance of workers and results in lower productivity,” she explains. “Wellness programs aren’t just good for the employees who engage with them, they are also excellent for businesses. Happy, healthy, fulfilled staff members are more productive, more forward-thinking, and better able to come up with innovative and creative solutions within their roles. Employees who take part in wellness programs are less likely to fall ill, which means that they will require fewer sick days and less paid leave overall. They also tend to be more energetic and motivated, which can result in a better office work ethic and higher work output as well.”

So, it’s in the interest of company bosses to encourage their staff to take up health benefits when needed.

Healy has some advice for employers.,

“If we want employees to avail themselves of benefits, we must ensure that their environment reassures them enough to do so. Compassionate and open workplaces are not easy to build, especially in multicultural societies like the UAE. Building an open culture and normalization of such health-related discussions often starts with awareness and education,” he says. “Culture change is a top-down project. Some 35 percent of UAE respondents said they would be more likely to access health and well-being support if their leaders told them more about what was available. Companies should consider organizing webinars or seminars, hosted by trained professionals, on various physical and mental health conditions.”

Bajaj agrees that group sessions could be a good starting point.

“When people work as a group to enhance their mental health, there is an overall sense of mutual understanding that can further help each person propel the other, while directly tackling any residual embarrassment associated with the process,” she explains. “A group session will allow people to taste the benefits of relaxation techniques, meditation, hypnotherapy and more, without having to proactively sign up for them.”

And she has some final advice for employees. “For those whose insurance models still follow an obsolete structure, exploring alternative ways of achieving balance in life is necessary. Make a conscious effort to introduce relaxation through guilt-less breaks, creative hobbies and wellness practices into your lives, even allowing oneself to be vulnerable to somebody trusted, such as a close friend can do wonders to help navigate emotional stress or anxieties.”

• If you or someone you know is struggling with mental health issues, contact the free government Mental Support Line at 8004673

*names have been changed

The weighty facts about bariatric surgery