Menu
For awhile there, it was next to impossible to find one of the pricey bunches of organic celery in Abu Dhabi or Dubai. 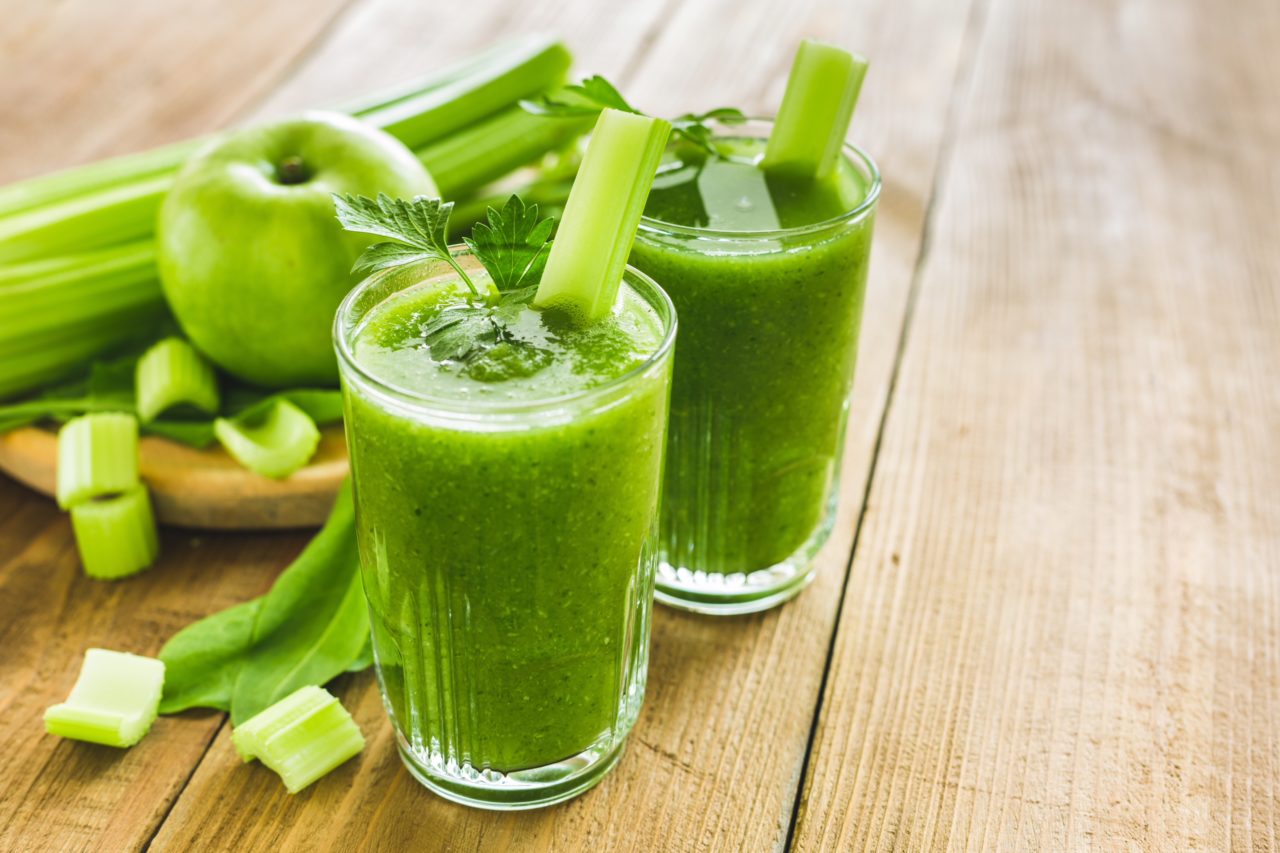 It always seems to start with Hollywood celebrities – American actresses Busy Phillipps and Lea Michele are enthusiasts, as is Australian model Miranda Kerr, for example – but by the beginning of this summer, the current obsession with first-thing-in-the-morning celery juice seemed to have spread all the way to the UAE, where one of the top searches is “celery juice Dubai”. And it all seems to trace back to one person known as the Medical Medium.

Nicole Diaz is a plant-based chef at Abu Dhabi’s Wheatfield’s Gourmet Grocer & Cafe in Khalifa City’s Al Rayyana neighborhood and a maker of vegan foodie videos on YouTube. Several months ago she lamented the dearth of organic celery available on Abu Dhabi’s shelves via her @HolisticHustle Instagram account. Diaz, who came to the capital via Los Angeles, learned about celery juice after she was diagnosed with cervical cancer, which she has since healed from.

“Celery juice has cleared up my acne, given me a good night’s sleep, aided in building muscle for my current training program. [It has helped my] memory, eye vision, completely restored my digestion [and] taken away all bloating. No more need for expensive probiotics. [It has provided] mind clarity, focus, and helps me through any mental blocks creatively,” she explains.

Philipps, who has a memoir and new talk show coming out in the US this autumn, turned to celery juice last winter on the advice of a celebrity hairstylist.

“Apparently it’s supposed to do all of these wonderful things for you,” she told her 1.1 million Instagram followers. “So now I’m drinking celery juice. It’s really good.”

Much of the current obsession with celery juice can be traced back to the popularity of Anthony William, also known as the Medical Medium. The New York Times best-selling author has managed to set trends, attract mainstream attention – including from actress Gwyneth Paltrow’s often-mocked website Goop.com – and attract a sizable following.

Instagram is full of devotees, like @skintruthly, who in August posted her photo of a brilliant green glass of juice alongside the hashtag #medicalmedium and the caption: “Felt like my body needed a full 32 ounces of celery this morning” on Instagram.

Mostly though, William is an advocate for the healing power of a fruit and vegetable-based diet, through his books Life-Changing Foods, Thyroid Healing and the brand new Liver Rescue. He believes many chronic diseases are caused by viruses and neurotoxins produced by those viruses. In addition to a host of other foods, he advocates 16 ounces of celery juice daily on an empty stomach to heal digestion and for its powerful anti-inflammatory properties, arguing the mineral salts it contains work as an antiseptic.

Dr Nas Al-Jafari, a functional medicine doctor, medical director at DNA Health Clinic in Dubai and a member of the livehealthy.ae expert panel, has become aware of the celery juice trend over the past few months and connects it to William. And while he can’t “advocate the powerful effects of celery to the extent William does”, Dr Al-Jafari says there is evidence that celery is very good for you.

“Celery is packed full of vitamins, minerals and multiple antioxidants,” he says. The reason it is often touted as a super-food is how it “tackles ‘oxidative stress,’ which is the root cause of chronic lifestyle diseases, including cancer”, he adds.

Celery also lowers lipids, or fat in the bloodstream, says Dr Al-Jafari, as well as having anti-imflammatory, anti-hyperintensive, anti-microbial and digestive system-boosting properties.

“Anecdotally I have had a couple of patients following the ‘glass of celery juice a day’ who report general improvements in health – more energy, alert – but this was not formally measured or specific,” says Dr Al-Jafari.

Faryal Luhar, a naturopathic doctor from Canada with The Hundred Wellness Centre in Dubai, recommends celery juice to her patients. She says studies are showing that it can reduce inflammation.

“Celery is well-known for its high water content, which helps to keep cells hydrated, and high fiber, which is great for digestive function,” she says. “In practice I have used celery juice and celery seeds often, to treat high blood pressure, high cholesterol and even acid reflux.”

Abu Dhabi-based nutritionist Suzan Terzian is another fan, recommending that her clients and members of the month-long Total Body Reset program she runs through Body Tree Studio add celery juice to their daily routine. The boost to gut health it provides, she explains, is key to overall health.

“The main reason I love celery juice first thing in the morning is that it is extremely healing for our gut,” she explains. “It helps our digestive tract by relaxing damaged nerves, and reduces any inflammation present. The enzymes present in celery help raise hydrochloric acid (stomach acid) which ensures food is digested properly.”

Why the benefits of ingesting celery may be well-studied, the impact of daily consumption of 16 ounces of celery juice has not, and the information out there on the impact on humans is “scant,” reports a performance-based dietitian in the United States.

“We don’t have a robust picture of its benefits like we do for something like say, avocado or extra virgin olive oil,” Cynthia Sass told ABC News in August. “This also means we don’t know the optimal amount or frequency to consume, the potential risks for certain people, and possible interactions with medications and supplements.”

And as with any health “trend,” celery juice has attracted its share of detractors. In a piece titled Celery Juice is the Bitter Health Elixir No One Needs, TheDailyMeal.com questioned the need to down such large amounts of juice, suggesting a regular smoothie or a few stalks of celery would be just as beneficial.

“If you enjoy bitter stalks pummeled to a pulp, by all means go ahead and drink it,” the site suggested.

But is celery – and celery juice – any better than any of the other nutritious fruits and vegetables out there?

Dr Al-Jafari, for one, isn’t “100 percent sure”. He finds it hard not to view this current obsession as just another in a long line of nutritional fads, much like artichokes, kale, goji berries and fermented foods.

“The list goes on and on,” he says. “I’m a firm believer in as wide a range of vegetables and herbs as possible on a regular basis.”

Nicole Diaz, an Abu Dhabi celery juice fan, says she regularly puts a lot of effort into finding the organic variety, most often with success by ordering through Kibson’s (which has organic celery from the Netherlands for Dh13 per bunch), or at Waitrose or Spinneys.

All you need is a full bunch of celery, and if you can’t find organic, then just buy regular and make sure to give it a good rinsing in a fruit wash. And if you don’t have a juicer, Diaz recommends adding a little water and putting it in the blender, then straining it through a milk bag or cheesecloth.

The taste is mild, but for those who have a problem with it, she recommends starting with four ounces and working up to 16. “It just matters that you stay consistent and give it time,” she says.