Menu
Considering anger can be an umbrella emotion that can be an outward expression of underlying issues such as depression, anxiety, relationship problems, financial troubles, and work stress — I would say it is as significant of an issue as all the aforementioned mental health difficulties. I do not believe it presents here more than it does in other parts of the world. Here are some perspectives on anger management and effective strategies for dealing with... 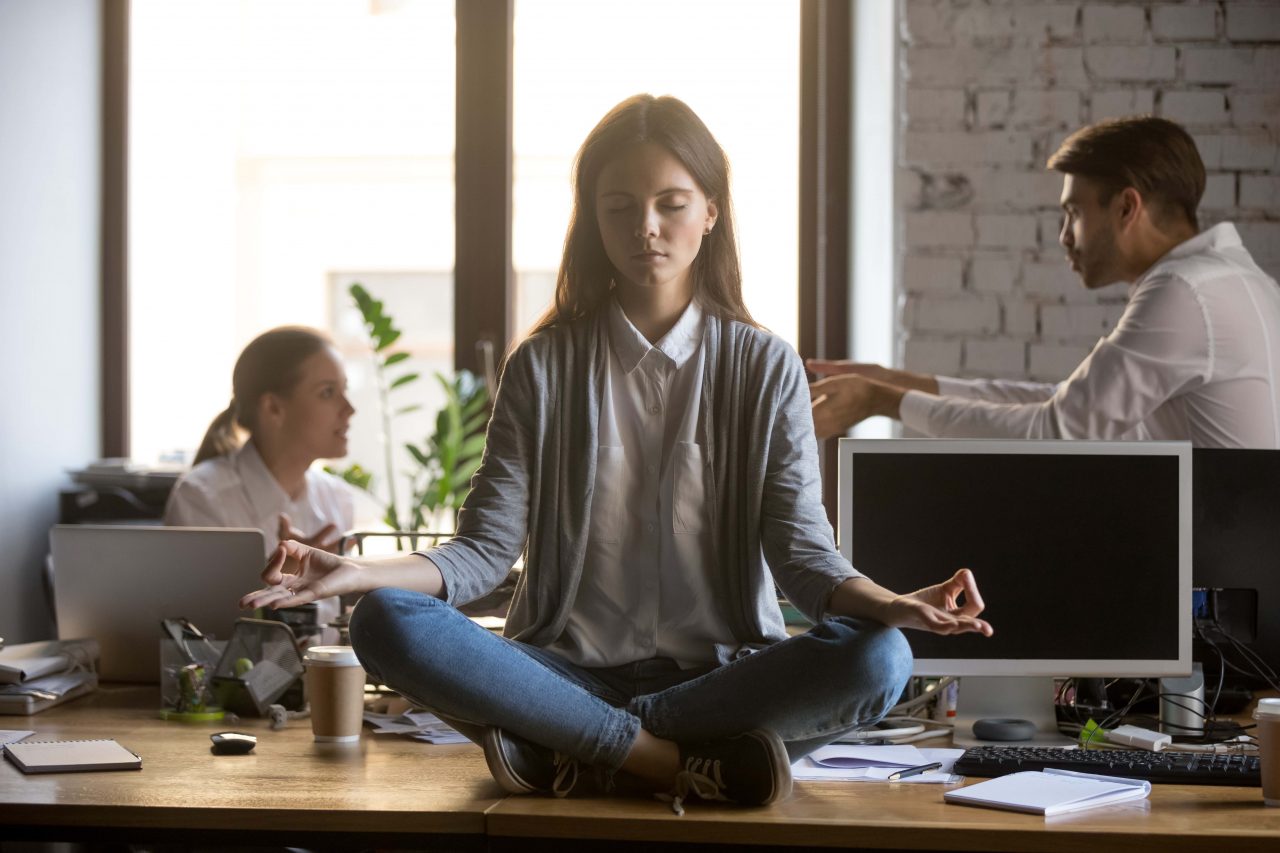 Considering anger can be an umbrella emotion that can be an outward expression of underlying issues such as depression, anxiety, relationship problems, financial troubles, and work stress — I would say it is as significant of an issue as all the aforementioned mental health difficulties. I do not believe it presents here more than it does in other parts of the world.

Here are some perspectives on anger management and effective strategies for dealing with it in the moment, and every day.

The role of the pandemic

Most of us can say that we have felt anxious, stressed, struggled with managing our anger, or have felt overwhelmed at some point in the recent past, and according to the World Health Organization, 1 in 4 of us will say that they have experienced a mental health disorder at some point in their life. 2021 was a difficult year for many, meaning more disturbed sleep, more feelings of anger and rage, less social interaction and generally feeling a bit further away from our true selves.

Who has anger issues

Anger is a natural and complex emotion that tells us that someone has overstepped a line with us and it tells us that we need to stand up for something we believe in. With that being said, anyone can have anger management issues. There isn’t a genetic predisposition to being more likely to struggle with anger management issues, but it is actually those who are ill-prepared from a young age that is more likely to have to figure out later in life that they perhaps don’t manage their anger well and need to learn some tools and techniques in order to do so.

Anger can be an umbrella emotion, which means that it is an outward expression of many other emotions that we might be feeling. Hiding beneath the umbrella of anger could be feelings such as hurt, disappointment, grief, depression, anxiety, shame and much more. But because most of us have difficulty with being vulnerable, our minds resort to our primitive ‘fight or flight response’ and we lash out in anger. And those moments when we lose control, later fill us with more shame and regret. It is a vicious cycle.

It is important for anyone who is experiencing feelings of anger to try to spend time understanding what it is trying to communicate to them and how they can learn from its intelligence while regulating their emotions.

When to start managing anger

If you struggle with controlling your anger, it is important to realize that regulating your anger does not happen in the moment you are angry, it happens way before that moment occurs. Learning to regulate your anger is like engaging in any healthy daily routines such as  going to the gym and exercising so that when the moment comes for you to lift something heavy, you’re ready to lift it. It is a daily discipline and training so that you are best equipped to handle angry feelings in the heat of the moment.

If you read the following suggestions and only try to access them when you are angry, it is less likely to work, however, if you build a lifestyle that incorporates these tips, then you are going to regain your control in times when you are angry.

Society has stigmatized speaking about emotions and mental health openly for the most part until recently. It is still not deemed acceptable to talk honestly about how you feel, what is bothering you or situations that trigger mental health issues or trauma. We know from the research that sharing our difficulties with people can help mitigate the effects of stress, and reduce the stress-strain on our minds and bodies.

The role of sleep (seven or eight hours a night)

You are probably thinking about what sleep has to do with anger management. The answer is everything. Sleep is critical for good emotional regulation, and if you’re not getting the correct number of hours of sleep, then you are going to be a lot more activated and aggressive when triggered. This is because our amygdala’s fight-or-flight response is 60 percent more activated when we do not get at least seven to eight hours of sleep regularly. This means you are only dealing with 40 percent of your potential to manage your emotions and you have already lost most of your control before even being triggered. Best to hit the exit button or delay those difficult conversations when you are well-rested.

You need an exit strategy

It is important to remember that it is ok to step away from the moment when you are feeling flooded or overwhelmed with your emotions. Telling your partner or child ‘I am feeling really overwhelmed right now, I’m going to go get a glass of water’, or ‘I’m going to go and splash some water on my face’ allows for all parties to take a moment to cool down and self-reflect. You may even want to tell your partner or children ahead of time that when you are very angry, it is best to let you go so that you do not end up saying or doing something that you later regret. Also, make sure to tell them you are committed to coming back to the important conversation after you’ve cooled off.

An additional point to make on an exit strategy is to address the common saying, ‘you shouldn’t go to bed angry’,  but in fact, sometimes it is okay to go to bed angry or when you have not come to a resolution to the argument. As Matthew Walker famously said, ‘the best bridge between despair and hope is a good night’s sleep’. As long as you make sure that you make a commitment to connecting when you’ve both cooled off, sleeping when you’re upset is not a bad thing. Sometimes all you need to clear your head is a good night’s sleep.

Telling people you are angry is okay

You would never walk into a client meeting or board meeting unprepared. Figuring out what you are angry about, and learning how to communicate what you need to the other person is a skill. If you prepare yourself ahead of time, you will be more able to use your learned skills and communication tools to ease the moment. For example, using clear and assertive language while owning your feelings can help during these times. There is a big difference in saying, ‘I feel angry when you don’t call me to let me know you’re running late. Can you please call me when you are running late?’ rather than using blaming and shaming statements such as, ‘You are so selfish. You’ll always make me wait!’.

Meditation is essential — and every day

We all know meditation is good for us, but what most people don’t know is that you don’t practice meditation in the moment of distress, anxiety, or anger. You practice it as mental hygiene, so those moments are not as intense and overwhelming. FMRIs show that with regular practice of meditation for eight weeks the amygdala — the flight or fight center of the brain — shrinks, resulting in you feeling less agitated, less reactive, and more grounded. A Smartphone app that helps you learn and master meditation is “FitMind”.

The power of breath over anger

When you control your breath, you control your life, literally and metaphorically speaking. Breathwork is the fastest way to turn off the fight-or-flight response, which is what is triggered when we are angry. Navy Seals have learned to master their breath to ground themselves quickly in times of combat. This is something you want to practice every single day throughout your day. That way, when you’re very angry, you’ll recall your breathing exercises. Regular practice of these tools will further allow them to be easily accessible in the heat of the moment. A Smartphone app that helps you learn breath work is called Breathwork.

The Latin derivative for the word emotion, ’emotere’, literally means energy in motion. Overwhelming and difficult emotions can have a lot of energy and so it will be important to engage in physical activity to give you an outlet to release some of those intense emotions. Exercise has been shown to help alleviate symptoms of anxiety, irritability or anger that build up in our mind and body due to stress or tension.

Dehydration is a factor

Studies have shown that even being slightly dehydrated can increase your cortisol levels and make you more stressed and more likely to have angry outbursts.

Water has many natural calming properties and can be soothing in times when you are angry and it can also help keep you grounded so that you are less irritable. Many people do not realize that when we are dehydrated, we are a lot more fatigued and agitated.

Anger can metastasize, meaning it can spread to all parts of your mind, body, and into your life and relationships. Research shows that women who have unprocessed anger are more likely to develop breast cancer than those who spoke about their hurt, pain, and anger. However, having a pattern of angry outbursts is also linked to heart disease. If you have a history of denying your emotions or not knowing how to regulate those emotions when they show up, especially anger, consider working with a psychologist who can create a safe place for you to explore your relationship with your emotions.

Why you need to visit Khor Fakkan

How to use the summer heat to your fitness advantage