Menu
It’s one of the most popular sports in the UAE, spurred on by the annual flagship tournament: the Abu Dhabi World Professional Jiu-Jitsu Championship (ADWPJJC).  Heading into its 13th year in 2022, the competition usually takes place in April, when the world’s best going up against local talent. There are also competitions for junior fighters under the age of 18. In total, some 2,000 athletes are expected to compete over the next few days and... 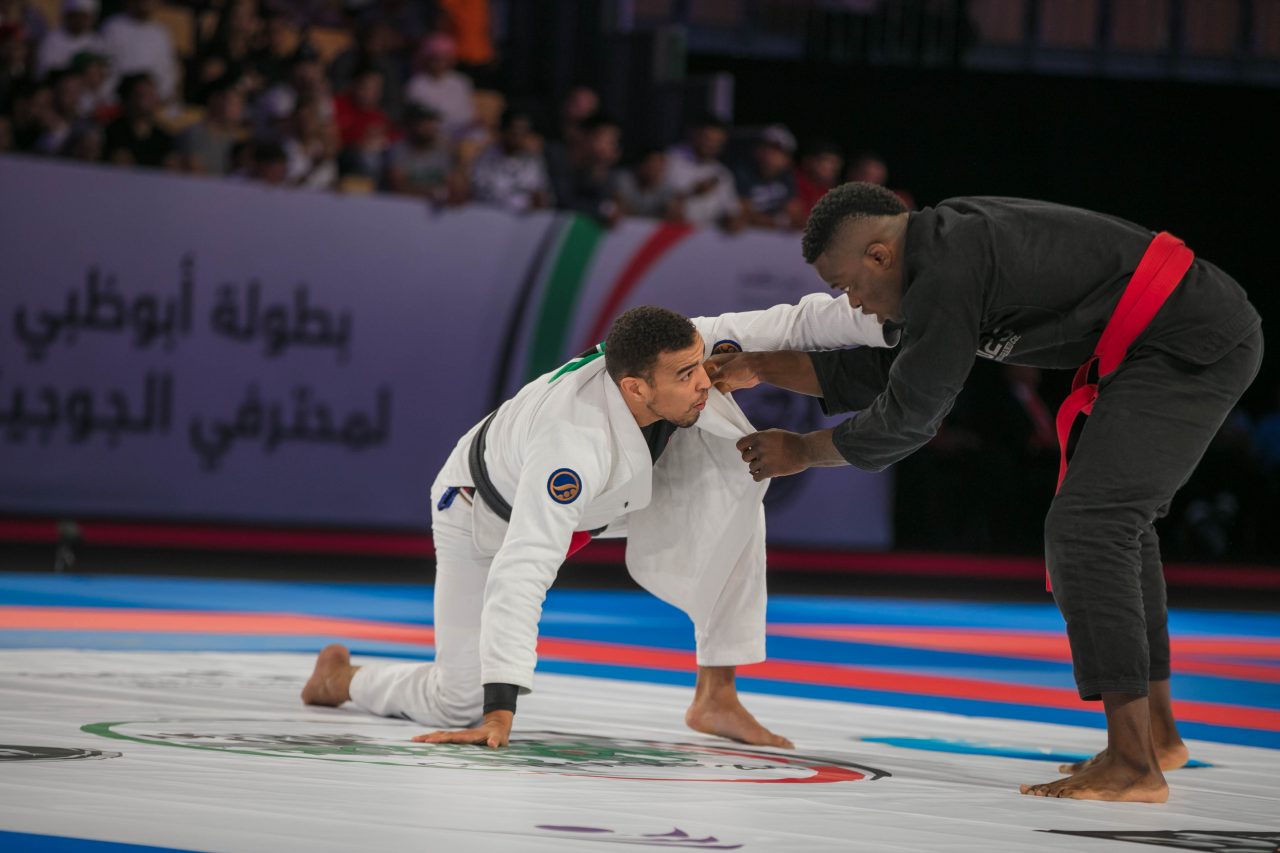 It’s one of the most popular sports in the UAE, spurred on by the annual flagship tournament: the Abu Dhabi World Professional Jiu-Jitsu Championship (ADWPJJC).

Heading into its 13th year in 2022, the competition usually takes place in April, when the world’s best going up against local talent. There are also competitions for junior fighters under the age of 18. In total, some 2,000 athletes are expected to compete over the next few days and the final clashes between the sport’s best will take place on the last two days.

In recent years, organizers have also had to navigate pandemic-related safety considerations – all the more challenging when you consider that jiu-jitsu is a close-contact sport.

“Over the past year, we have successfully organized several championships and training camps, all with extremely high health and wellness standards,” says Mohammed Salem Al Dhaheri, vice president of the UAE Jiu-Jitsu Federation and president of the ADWPJJC organizing committee, ahead of the 2021 event. “We have developed a comprehensive set of tried-and-tested protocols to ensure that these are maintained over the course of the tournament.”

Jiu-Jitsu is a self-defence martial art that dates back to the 1920s, with participants winning points through grappling and submission holds. One of its main tenets is that a smaller and weaker person can defend themselves against a bigger person through these moves and by distributing their body weight properly.

Such a physical sport naturally burns a lot of calories and its ever-growing popularity means many clubs and gyms are now emphasizing those benefits.    Want to get involved? Here’s your guide to taking up jiu-jitsu in the UAE.

The UAE’s main jiu-jitsu organization has training centres all over the UAE, including at Zayed Sports City in Abu Dhabi, Al Daid Sports Club in Sharjah and Al Nasr Sports Club in Dubai. They also have a branch in Fujairah. There are lessons available for both adults and kids.

Royce Gracie in Dubai pitches itself as a jiu-jitsu club for anyone, whether you’re a kid or 89 years old. The academy’s head instructor places a lot of emphasis on safety and keeping injuries to a minimum ( put simply, keeping you out of harm’s way). In fact, its philosophy is that careless practice is disrespectful to the spirit of jiu-jitsu and therefore will not tolerated.

Another academy for martial arts fans, the Team Nogueira brand was launched in 2009 by twin brothers Rodrigo and Rogerio Nogueira, who are both former UFC fighters. The Dubai branch was launched in 2013 by Brazilian jiu-jitsu instructor Rafael Haubert, a two-time world champion. “You will learn about yourself and how to become a better person with jiu-jitsu,” he says. “You’re going to discover your limits and how to react in both good and bad situations.”

The Ultimate Fighting Championship is another sport that’s a big deal in the UAE. Its popular gym chain has branches in Dubai, and it has also recently opened in Abu Dhabi. The branch in the nation’s capital holds jiu-jitsu sessions and has a 7.3 square-metre Octagon, a fighting ring where you can practise your new-found skills against opponents. New joiners get a free class; there are also classes for kids as young as four.

Situated on Al Reem Island in Abu Dhabi, Primal is big on jiu-jitsu and holds classes for kids and adults weekly. You can attend ‘gi’ (the kimono uniform of JJ fighters) and ‘no gi’ sessions with a coach who is a certified UAE Jiu-Jitsu Federation second degree black belt, and a former gold medal winner at the sport’s European Championships. You can also try other forms of martial arts here, including Muay Thai.

The nation’s capital is home to many gyms hosting jiu-jitsu classes, and Nest is run by Brazilian Amadu Jorge, who has been teaching the sport for 17 years, six of those in the UAE. If you’re looking for an instructor who knows the sport like the back of his hand, head here – Jorge was a winner at the Asian Championship IBJJF 2018 and a four-time gold winner at the Manila IBJJF Open.

One of the biggest distributors of martial arts equipment in the UAE, Combat Sports sells gis, the kimono uniform that fighters wear in tournaments and when training. They charge Dh777 for men’s and women’s versions. They also sell essentials to help with post-session recovery, such as massage balls, foam rollers and kinesiology tape, which can help reduce swelling of sore limbs.

With branches all over the UAE, Sun And Sand Sports is a good option if you want to check the size of a gi kimono before you buy. They sell gis made by Venum, a global martial arts company with a good pedigree – it operates in the US, Europe and Asia. Venum kit is also a bit more wallet-friendly for beginners; there are adult kimonos for sale at under Dh300 and kids’ versions for under Dh200.

Another online store in the UAE, MMA Fightshop sells a selection of gis and belts. Gis for adults cost between Dh400 and Dh700, with children’s versions also available. It also sells rashguards, which is a compression top some fighters wear that can help prevent chafing and cuts.

It’s important to note: Many gyms that offer jiu-jitsu classes also host sessions where you only need to wear a rashguard as opposed to a full kimono.

What you need to know about migraines vs headaches