Menu
I had a best friend who was always the life of the party. The type that would always find an excuse to celebrate and pop bottles of champagne, pour glasses of liquor around beautiful women, who had a crew that was always down — as the Gen Zs and millennials say — and an Emirates discount card that helped further his efforts. He’d drink every day and night and sometimes mornings. That he often had... 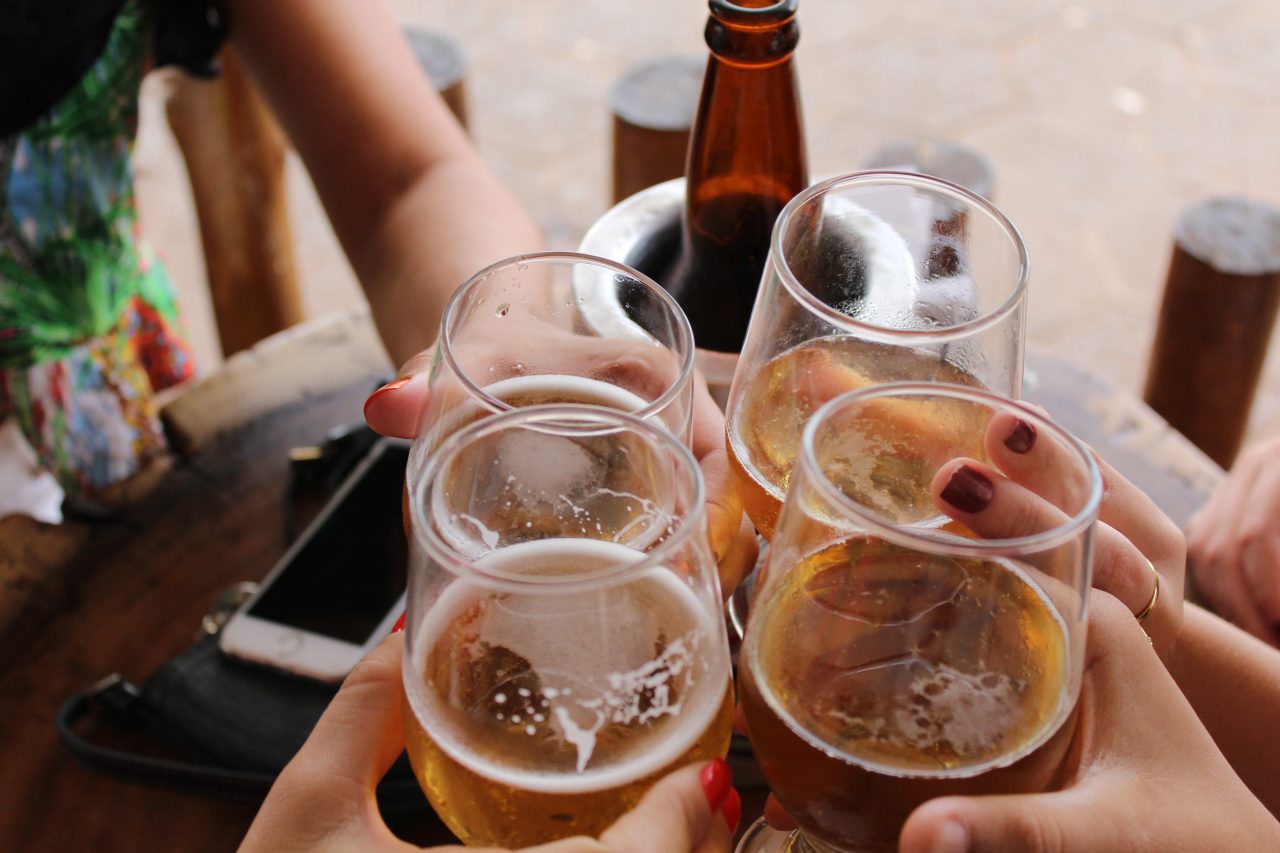 I had a best friend who was always the life of the party. The type that would always find an excuse to celebrate and pop bottles of champagne, pour glasses of liquor around beautiful women, who had a crew that was always down — as the Gen Zs and millennials say — and an Emirates discount card that helped further his efforts. He’d drink every day and night and sometimes mornings.

That he often had his car keys in hand was worrisome. What I didn’t realize at the time? My best friend was an alcoholic.

In his mid-late 20s, Emirati, privileged yet troubled, and bouncing from job to job as well as between bars, my friend taught me what alcoholism could look like.

And while it is globally prevalent, dealing with it in the Arab region raises an entirely different set of problems compared to Western cultures, where it is acceptable to drink in the first place.

“I think it’s quite difficult for someone to deal with a drinking problem here in the UAE,” he explains. “Especially as an Emirati, I think you’re looked at negatively if you drink, but I don’t think that itself plays a role in developing or overcoming a drinking problem.”

What does often play a role is a lack of awareness, explains Mina Shafik, the clinical psychologist at Thrive Wellbeing Centre in Dubai.

“I believe the main issue in the UAE regarding alcohol consumption is the lack of education about drinking and affordable resources,” he says. “If someone here develops a drinking problem, it’s much harder for them to seek professional help because it’s either not available or too expensive.”

This doesn’t only apply to Emirati or other Arab residents, however. Canadian sober curious coach and founder of The Mindful Life, Alex McRobert, also faced a similar challenge when she quit drinking.

“I quit drinking in 2019, and it was one of the hardest things I’ve ever done, because there is such little support here in the UAE,” McRobert says. “There was nothing I could find to become alcohol-free. I ended up joining an online support community, which was fantastic.”

McRobert is one of the few outspoken advocates in the region of being sober-curious, a growing movement focused on questioning your relationship with alcohol — including the way that we as a society view and consume it. Lately she’s joined by sober coach David Golding and online outlets, like the Drink Dry Store.

Although he hadn’t heard about the movement, my friend was ultimately able to tackle his addiction through questioning his dependency on alcohol.

“I have questioned my drinking habits, especially when I decided that it was enough running away from my problems,” he explains. “I asked myself why I’d turn to alcohol when it could’ve possibly been easier to face my issues. The relationship I have with alcohol now is a lot healthier than it used to be when I was younger, because it’s no longer an escape from my problems. Now, I enjoy it instead.”

“Many of my clients ask themselves if they have alcohol problems, even if their primary reason for therapy was not alcoholism. They feel there is a problem when they drink too much to the extent of a blackout, when they drink excessively many days in a row, or embarrass themselves in social settings.”

Alcoholism — like any addiction — can only be fought by shedding light on it, which is increasingly challenging in the UAE, according to McRobert.

“It’s something that’s not talked about,” she says. “I’m one of the only influencers or advocates in the entire region because alcohol is considered haram, or forbidden, so a lot of people just sort of turn a blind eye.”

The taboo nature of alcohol particularly among Emiratis and other Arab residents provides further incentives to hide problematic drinking, which can make it more difficult to seek help.

“A lot of Arabs — especially those who come from conservative Muslim families — start drinking with friends, yet hide it from their families,” Shafik says. “An Arab would feel ashamed and guilty if they develop a drinking habit. They would then try to resolve it on their own rather than seek professional help.”

My friend also underlines that the choices he makes ultimately reflect his family and community besides himself, a common characteristic of collectivist cultures like the UAE.

“I think being an Arab with a drinking problem makes it a bit harder to seek help, because it could tarnish their own as well as their family’s status,” he explains.

The taboo can also lead to an unhealthy relationship with alcohol from a younger age.

“Teenagers would take their first drink with friends (usually in parties), without adults or a responsible guardian present to teach them how to drink moderately,” says Shafik. “So, a lot of people are susceptible to developing alcohol problems because they started drinking without guidance.”

The lack of role models when it comes to alcohol is definitely problematic, says MA, 25.

“I went to international schools where I’ve seen Westerners growing up and see their parents drink,” he says. “They even drink with them once they are old enough. This often comes with healthy communication and boundary setting, namely on the dangers of drinking and driving. But for Arabs here, alcohol is far more stigmatized and not discussed openly with parents, so many of us develop unhealthy drinking habits.”

As for my Emirati friend, he doesn’t blame anyone or anything for his issues.

“I think people will do what they want to do,” he says. “Personally no one plays a role in my drinking no matter how good or bad it was. It all came down to me fighting my own demons instead of running away from them.”

As for the most effective ways to deal with drinking that has become a problem, he has come to believe that self-kindness, building the right habits and finding a supportive, like-minded social circle are key.

“I think the most effective ways to tackle negative drinking habits and alcoholism here would be to definitely change your friend group that are always partying, to find other activities and seek some form of therapy or counselling so you could understand why you immediately resort to alcohol,” he says. “But number one on the list would be to understand yourself and love yourself. I think if you know who you are, you understand why you have certain habits and from there you can grow to be anything you wish to be because you’ve recognized that the only real thing that’s standing in your way is you.”

If you think you have a drinking problem, sober coaches like Alex McRobert or David Golding can help. There are also multiple branches of Alcoholics Anonymous UAE offering free in-person and zoom group support.

Golf in the Gulf: How the game has grown