Menu
UFC 242 in Abu Dhabi gave fans in the UAE a chance to see a live UFC event for the first time in five years, with popular MMA fighter Khabib Nurmagomedov producing a memorable victory.  The end product on any given fight night often belies the weeks and months of preparation that go into being a professional MMA fighter. For all the blood, sweat and tears seen at UFC events, it’s true to say a... 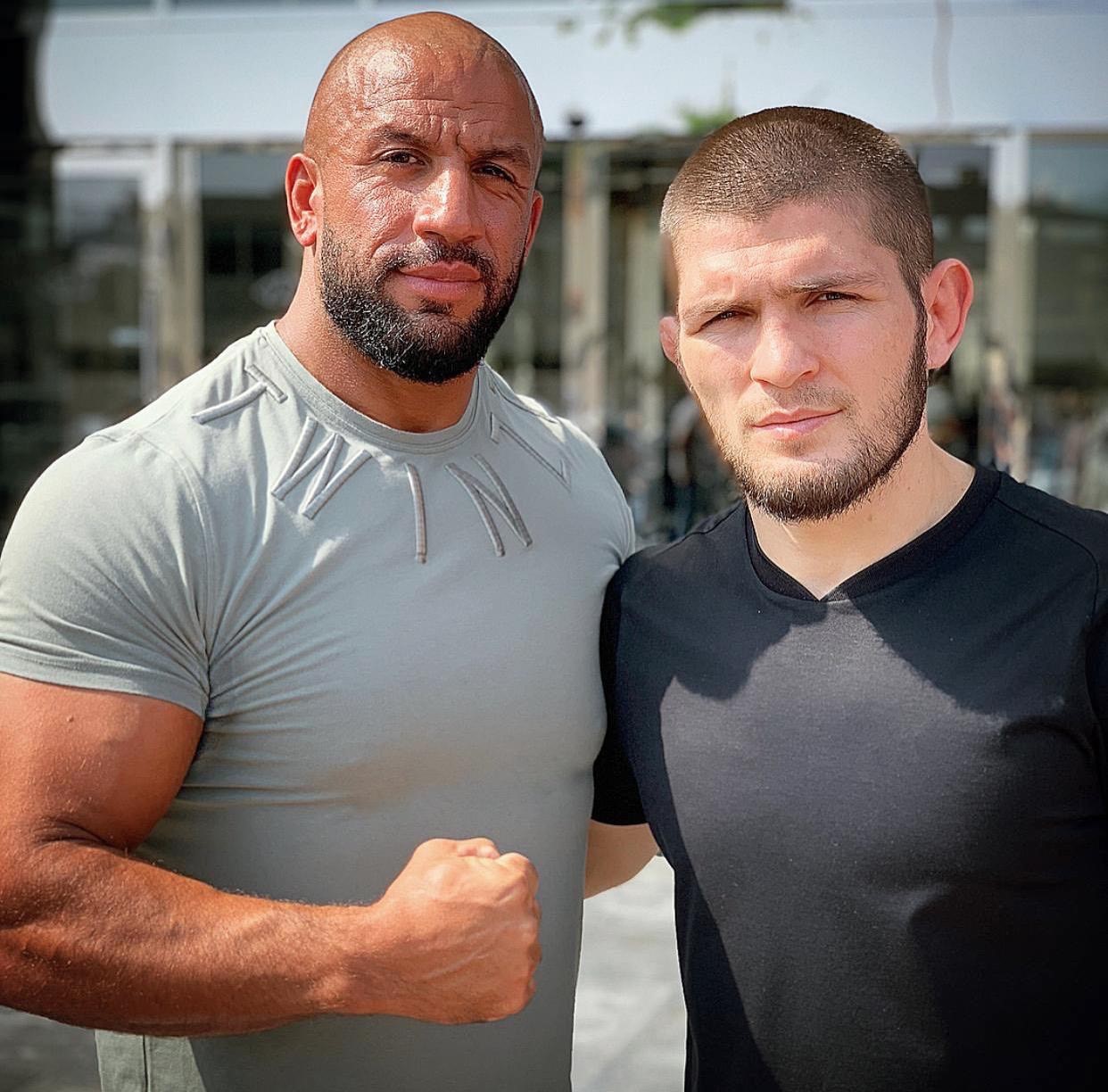 UFC 242 in Abu Dhabi gave fans in the UAE a chance to see a live UFC event for the first time in five years, with popular MMA fighter Khabib Nurmagomedov producing a memorable victory.

The end product on any given fight night often belies the weeks and months of preparation that go into being a professional MMA fighter. For all the blood, sweat and tears seen at UFC events, it’s true to say a good deal more was shed in the build-up to the fights.

For four years, the London-born, Dubai-based Tam Khan – founder of TK MMA Gym in Media City – was immersed in the world of professional MMA, claiming six wins from nine fights before retiring in 2010.

The grueling training schedules and strict diets may be a thing of the past for Khan, but he can still vividly remember how tough his MMA regimen was.

“There were two sessions a day, sometimes technique or jiu-jitsu in the morning, followed by powerlifting in the evening or sometimes a five-mile run in the morning and sparring in the evening. Recovery between the sessions was key, so a strict diet of lots of greens, good carbohydrates, high protein and water – five to six litres a day. There’s a reason fighters peak at around 21 to 34. It’s because that recovery just becomes so much slower the older you get. The human body can only take so much.”

One of the biggest challenges around fight nights is ‘cutting’, when fighters lose a dramatic amount of weight in a short period of time to make sure they make their fighting weight. This is usually followed by a rapid increase in weight so fighters are at their most powerful for their bout.

The process has come under a lot of scrutiny given its extreme nature, but Khan insists fighters have grown accustomed to this part of the build-up.

“I’d walk around at 100 kilograms normally but fight at 84kg, so the last five weeks of training camp I’d be looking to drop 16kg. It’s a lot. From the end of my camp to the weigh-in it would still be like 8 to 10kgs.

“I did everything from eating smaller meals, having fewer protein shakes, dropping my water intake from a gallon a day to three liters. Sometimes I’d do fasted cardio, meaning no breakfast, just working out straight after waking up.

“Ahead of the weigh-in, I’d be running a lot, then getting into a hot bath full of salts and sitting there for, like, 30 minutes, then I’d come out, grab some towels, come back in, come out and I’d do this for a few hours. Sometimes it would be in a sauna. And if I needed water I’d be sipping it out of a bottle cap.”

Having endured such rigorous training regimes, it is not surprising that fighters love to have a blow out after a bout, with big binges not unusual.

“A lot of fighters may say they are looking forward to the after-party, but they are lying,” says Khan. “Everyone just wants to go to McDonalds or a kebab shop or Pizza Hut. Every fighter dreams of that binge meal. You don’t understand until you’re in camp. To be able to wake up in the morning and just snack on cookies, it’s the best feeling.

“The problem with athletes is there’s no motivation if you’re not fighting. We don’t do it to look good or show off to ladies. The motivation is different so you don’t really even care about your diet when you aren’t competing. Obviously that means you tend to bulk up a lot quite quickly.

“Maintaining training in the off-season is a must, because even if the food is not spot on, you keep your eye in. That’s why we see some athletes become kind of obese when they stop training and then come back to fight. In contrast, the likes of Floyd Mayweather Jr and GGG [Gennady Golovkin] are in shape at all times and that’s why they are the best.”

This more meticulous approach to nutrition has evolved into the norm in recent years and now that Khan looks after his own fighters at TK MMA he places a major emphasis on healthy eating.

“We hire nutritionists as it’s so crucial to monitor the diet – every aspect of it, from the cut to the reload. You need a professional who knows what to have, which date to have it, how and when to re-hydrate. In the old days when we used to fight, there was nothing like it. You just had to guess and say ‘well, I feel good, I’ll just go for it.’ Everything is more scientific now and, to be honest, that means it’s a lot safer too.”

Khan knows first-hand that training professionally for MMA is an enormous commitment and insists it is not something to be taken lightly.

“When I’m at an event like UFC 242 and I’m around it, of course I miss it. I miss that training. I miss that competition. But it also reminds me of how motivated you need to be to succeed. During that training camp, you’re basically alone and in the zone for eight to 12 weeks. It’s just a mental game.

“Honestly, the fight is the easiest part. The camp is so tough, waking up every morning sore and stiff but knowing you need to train even though you have pain. There is physical pain, mental anxiety and social sacrifice too; eating a salad instead of going to the cinema. Don’t do it for the girls or fame or because you want to make loads of money; you have to do it for love of the sport. When you’re in the cage, no one else is there for you. You have to really want it.”

A DAY IN THE LIFE OF AN MMA FIGHTER:

BREAKFAST: Eight to 10 scrambled eggs – four full eggs, the rest whites only –  with one piece of wholemeal bread or greens on the side – like green beans. At the beginning of camp I have oatmeal with it : pure oatmeal with a tablespoon of honey, just to get a little taste of carbohydrates, but this would stop around about three to four weeks before the end of camp.

FIRST WORKOUT: First session of the day will be conditioning or weightlifting, obviously with lots of water along the way. As soon as we are finished I’ll have a protein shake and some natural sugar like honey or some strawberries.

LUNCH: Grilled chicken or a steak with veg and some carbs, maybe rice, to fuel up for the evening. Then I’ll have some fats, 40g maximum, just a handful of almonds or other nuts. Lots of water still of course, all day!

SECOND WORKOUT: MMA training, whether it be jiu-jitsu, boxing, wrestling, sparring or technique is usually .  two hours per session at max, but you burn a lot of calories, especially with wrestling. Once that’s finished, again fuel up with water and another shake.

DINNER: A high protein meal of beef, steak or salmon. Afterwards I’ll just sit at home watching TV, trying to relax and unwind. If I get peckish, I try to just nibble on salad, but if I’m really hungry I might just make a clean chicken breast, something that’s just pure protein without carbs. Plus fluid, fluid, fluid – keep drinking water.

Abu Dhabi gyms: 10 of the best homegrown facilities in the city

The best new books on wellbeing