Menu
So many people talk about wanting to make the world a more welcoming and inclusive place for people with disabilities, but a select few are determined and passionate enough to actually do something about it. One example is Australian Paralympian and disability awareness advocate Jessica Smith. A successful public speaker and diversity consultant, she has also co-founded TOUCH Dubai, the inclusive talent agency. Now, after having three children and noticing the lack of disabled characters... 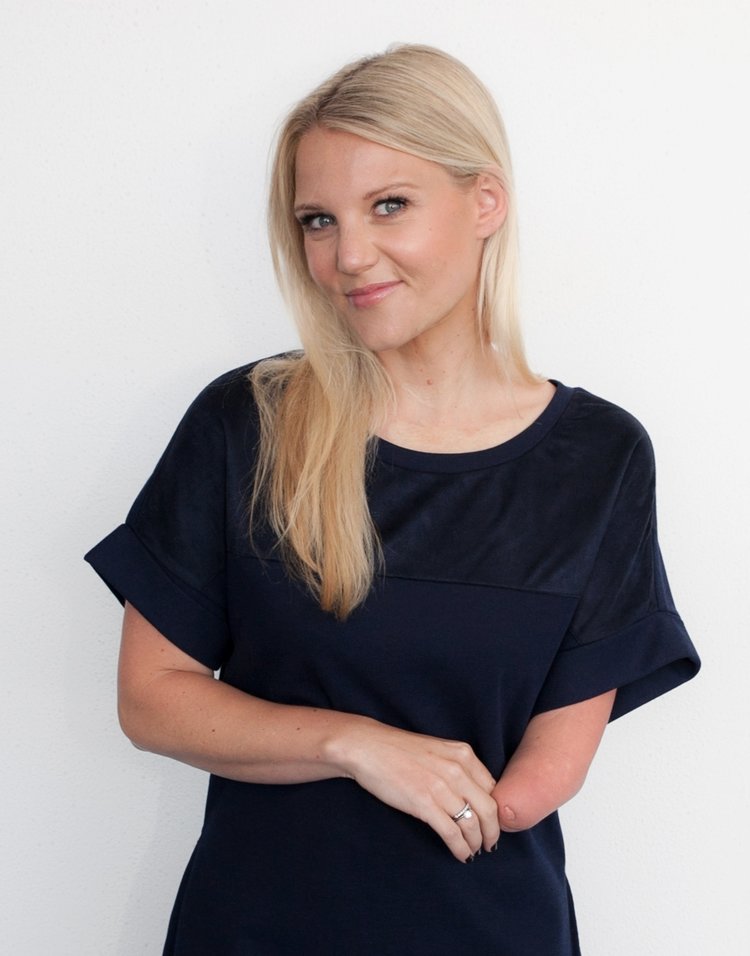 So many people talk about wanting to make the world a more welcoming and inclusive place for people with disabilities, but a select few are determined and passionate enough to actually do something about it.

Now, after having three children and noticing the lack of disabled characters in books and educational resources for them, the Dubai resident has launched her first children’s book, Jessica Goes to School, and based it around her own experiences.

Jessica, who was born without her left arm and as a toddler was involved in an accident that left her with burns to 15 percent of her body, explains that she wants to use her stories, which will eventually be a series of three, as a way of addressing complex issues in a really fun and lighthearted way.

“Growing up, I knew what it was like to feel different. Even though I went on to have a career in swimming, I still felt like I wasn’t accepted within society because I had a disability,” she says.

“So, I had the idea of creating a series where the main character has a disability, but that isn’t the main focus. Instead, it’s about friendship and how all of us feel different sometimes. It’s relatable for everyone and a way of teaching children about the importance of acceptance.”

With statistics showing that 15 percent of the global population have some form of disability, Jessica is on a mission to help everyone feel validated, heard and seen, and change how people view disabilities from a young age.

Adding extra impact, she says it’s a coincidence that every person involved in Jessica Goes to School, from the illustrator to the publisher, is female.

“We didn’t intend on it, it just happened organically, maybe because of the energy we were putting out,” she says. “But that in itself is something really powerful, especially here in this region.”

The athlete admits that the project is also her way of protecting her children, who also happened to love the first book.

“My because biggest fear is that they will be bullied because of me,” she says. “But hopefully, my books will help their classmates realize that differences should be celebrated.”

In fact, it wasn’t until she found swimming that Jessica felt truly confident and like she finally fit in.

“I was naturally good at swimming and I remember winning my first race at 10 years old, against all the other girls and boys who had two arms,” she describes.

“It felt like the first time I was recognized and acknowledged for what I could do, rather than what I couldn’t. It was that feeling of elation, empowerment and freedom that made me want to swim forever.”

Through TOUCH Dubai, Jessica hopes to empower all kinds of professionals and help them tell their story, regardless of whether they do or don’t have a disability.

“There are so many amazing, talented people who have disabilities who could be commentators, finance directors or whatever they want to be. We’re more than just our disability and we have so much to offer,” she notes.

“However, there’s still this expectation that we will do public speaking appearances for free.  As if we should be grateful for the opportunity. But I’m happy to say that we’ve already managed to secure so much work for our clients already. It proves that the UAE is ready to welcome more people of determination. Honestly, now is a really, really, exciting time.”

On top of her work surrounding inclusion and diversity, Jessica is a world-renowned advocate for body positivity and she often speaks openly about her experience with eating disorders.

“When I was diagnosed with anorexia and bulimia there was so much shame and stigma around it,” she says. “I lived in complete secrecy for at least a decade because I didn’t feel like I could tell anybody.”

“Then when I did, they just said ‘oh but you look okay’. There was no real understanding about what eating disorders actually are and what they look like. Media outlets just wanted the most horrifying images of me I had so that they could try to shock their audience. It was so disappointing but, thankfully, things have improved in Australia now. I would definitely like to see more conversations around these conditions here in the UAE, too. As with anything we don’t fully understand, we have to keep talking about it. That’s the only way to break down those final barriers.”

Jessica Goes to School is available now via The Dreamwork Collective, on Amazon.ae and in local bookstores. For more information, follow Jessica on Instagram.

7 new livehealthy things to do

Summer is the best time for a sand bath