Menu
Doctors and health professionals are warning UAE residents to do their research before choosing medicated weight-loss like Wegovy and Ozempic. There is no doubt that the UAE is in the midst of a different kind of pandemic, with 25 percent of men and 30 percent of women classed as obese, according to data compiled by the Global Obesity Observatory. In 2021, the weight-loss market in the UAE reached US$960 million, a number expected to reach $1,430... 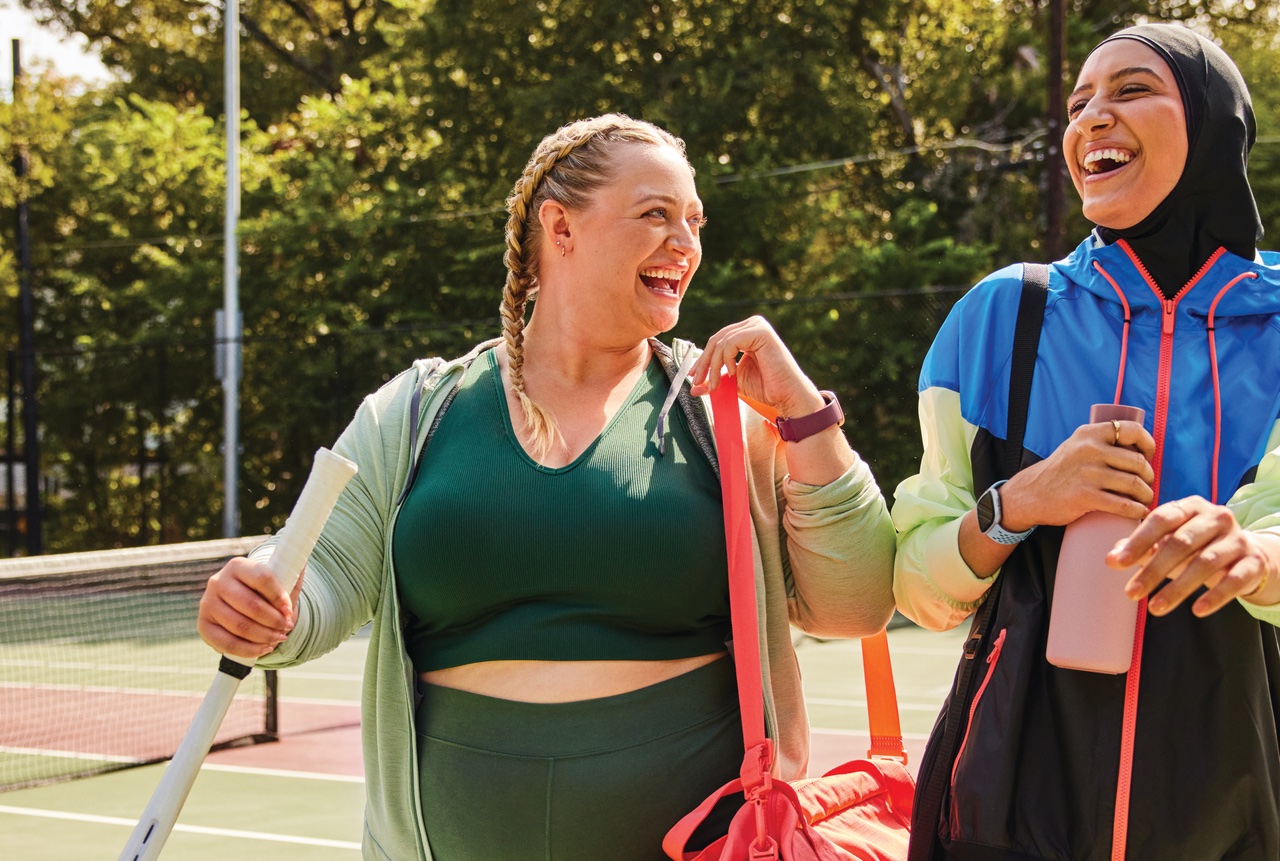 Doctors and health professionals are warning UAE residents to do their research before choosing medicated weight-loss like Wegovy and Ozempic.

There is no doubt that the UAE is in the midst of a different kind of pandemic, with 25 percent of men and 30 percent of women classed as obese, according to data compiled by the Global Obesity Observatory.

Hopeful slimmers are turning to medicated weight loss like never before, as more options become available to help them shift the pounds. Some of them are viable options and some of them are no-gos.

Here is a breakdown.

The increase in unlicensed quick fixes

Late in 2022, the Department of Health in Abu Dhabi to issue a warning about an Dh200 diet pill that promised rapid weight loss. Laboratory results showed that the drug contained phenolphthalein, which according to the US Food and Drug Administration (FDA) is an unsafe chemical, a suspected carcinogen and thought to cause genetic defects.

Worryingly, the capsule in question is just one of many unlicensed medicines flooding the market, according to Dr Lina Shibib, clinical nutritionist at Medcare Hospitals and Medical Centres.

“There has definitely been a rise in unlicensed diet pills in the region and people really need to educate themselves about what they’re putting in their bodies,” says Dr. Shibib.

However, in her opinion, there are a number of medicated weight loss options that work, and they can be a lifeline for people who genuinely need it.

“Medicated weight loss can be dangerous and can lead to big problems if abused, but if people are morbidly obese and have tried everything, then in certain cases it is best to prescribe medication,” she said.

According to Dr Shibib, weight-loss medication should be used as a kick starter, rather than a long-term solution.

“Sometimes your body needs a bit of electricity to speed up your metabolism and get things moving,” she says. “If it’s prescribed short term and the patient really needs it, then in certain cases I would advise, but it’s not something you can use forever.

“Your body builds up an immunity and if you abuse it by increasing the dosage then you risk complications like kidney failure.”

There are endless weight-loss programs in the region, so what is safe to use?

One of the newest medicated weight management programs is WEMA Health, which launched in the UAE in November, four months after being founded in Denmark by the digital health company, Dawn Health.

“We need to think of obesity as we would a chronic disease like hypertension, cancer or diabetes,” says WEMA’s medical director, Dr Rita Nawar. “This is something we need to address chronically, either medically or with bariatric surgery.

“Obesity is a worldwide pandemic driving the rise in many other diseases. In the UAE, up to a third of the population is obese and 60 percent is overweight.

“The World Atlas for Obesity states that by 2030, 50 percent of women in the UAE will be obese and 37 percent of men. We’re trying to turn that number around before it’s too late.”

According to Dr Nawar, obesity is a combination of genetics, physiology and biology, meaning weight loss is unsustainable for some people through diet or exercise alone. That’s why WEMA health offers a combination of life coaching, lifestyle changes and medication to get results, including the use of GLP-1 injections.

The treatment is approved by the FDA and has been shown to inhibit hunger signals and increase feelings of fullness, with eligible patients with a BMI over 30 injecting themselves daily or weekly in the hope of losing up to 20 percent of their body weight.

The medication was originally developed to treat diabetes and targets receptors in the pancreas and the brain to reduce appetite and help patients feel more satiated from less food.

“There’s a big difference between approved and unlicensed medicated weight loss,” adds Dr Rita. “If properly prescribed and controlled, it can change lives.”

In 2021, Wegovy, a drug made by Danish pharmaceuticals company Novo Nordisk A/S, became the first weight-loss treatment to get Food & Drug Administration approval since 2014.

It didn’t take long before it became the weight-loss drug of choice with Hollywood elite. Elon Musk is the latest celebrity to credit the drug for his “fit, ripped and healthy” physique, with speculation online that Kim and Khloe Kardashian are also big fans.

Wegovy was originally designed as a medication for diabetes and is derived from a compound called semaglutide, which also works by mimicking a GLP-1 peptide to target areas of the brain that regulate appetite and food intake. Recently published advice from doctors at the American Gastroenterological Association (AGA) — a top group of clinicians — recommended Wegovy as one of four drugs suitable for treating obesity, claiming it could cut body weight by up to 10 percent.

Currently, the once-per-week injectable medication is available on prescription only. Dr Shibib believes it is one of the safer options on the market.

“Doctors typically prescribe Wegovy to obese patients with a BMI over 30,” she says. “It’s very safe when taken correctly and can reduce glucose levels in diabetic patients. When it’s taken purely for weight loss it is also very effective, but patients need to be careful of low blood sugar and low blood pressure.”

Due to substantial demand, there is currently a shortage of Wegovy, with the official website stating that additional production capacity will be available online in 2023.

Ozempic is another popular injectable weight-loss medication in the UAE. Like Wegovy, the substance contains semaglutide and is FDA-approved, yet usage is not monitored.

Big demand has also led to a shortage in the region, with calls to four leading pharmacies revealing it was completely out of stock.

On TikTok, #ozempic has 276.2 million views as social media influencers cash in on the trend. Earlier this year, the Therapeutic Goods Administration issued a joint statement with several medical bodies confirming a shortage of the injectable semaglutide medication due to an “unexpected increase in consumer demand”.

According to data from the Mayo Clinic, studies found that patients combining weekly semaglutide injections with healthy lifestyle changes resulted in weight loss of around 15kg in a 68-week period.

But although the drug has been shown to be effective, Dr Shibib advises caution when taking any unprescribed weight-loss medication and thinks it is unfortunate that it is available over-the-counter.

“We’re getting teenagers injecting themselves and it’s getting out of hand,” she says. “There haven’t been any casualties yet, so it’s still available over-the-counter, but the risks include everything from low blood sugar and fainting to liver damage.”

Above all, Dr Shibib insists on seeking professional care before taking any weight-loss medication.

“My overarching advice would be to seek professional advice from a doctor who can safely prescribe you medication that has been not only approved but given to you with all of your medical history and information in mind,” she says. “Medicated weight loss can be beneficial. But when it is abused or taken carelessly that’s when problems can arise.”

Zone.Health was founded by meta[bolic], which began as the engine behind the world-leading diabetes management platform GluCare.Health. In a clinical study, 179 people lost an average of 11.48 percent of their body weight over the six-month duration of the program.

The company’s co-founders are so confident in their weight-loss formula that they offer refunds for those who fail to hit their target weight.

“Our north star of engendering sustainable lifestyle change is strongly linked to patient outcomes and allows our incentives to remain fully aligned with our patients,” says Ali Hashemi, co-founder. “The alternative, unfortunately, is what currently exists in the market: zero accountability from healthcare providers and continued patient distrust.”

The Zone.Health team is made up of an endocrinologist, dietitian, and coach, who monitor, engage and provide continuous feedback.

Change how you think about teeth with biological dentistry

How UAE is building a healthy community