Menu
Is there anything more manly than a vast char-grilled steak fresh off the grill with a pat of butter melting on top? Maybe bacon. How about barreling down the road at breakneck speed in a big, loud, shiny car? I constantly feel pressured by society, advertisements and the media (social or otherwise) to behave in this way, which is not only destructive but wasteful too – and particularly so when it comes to food, leisure... 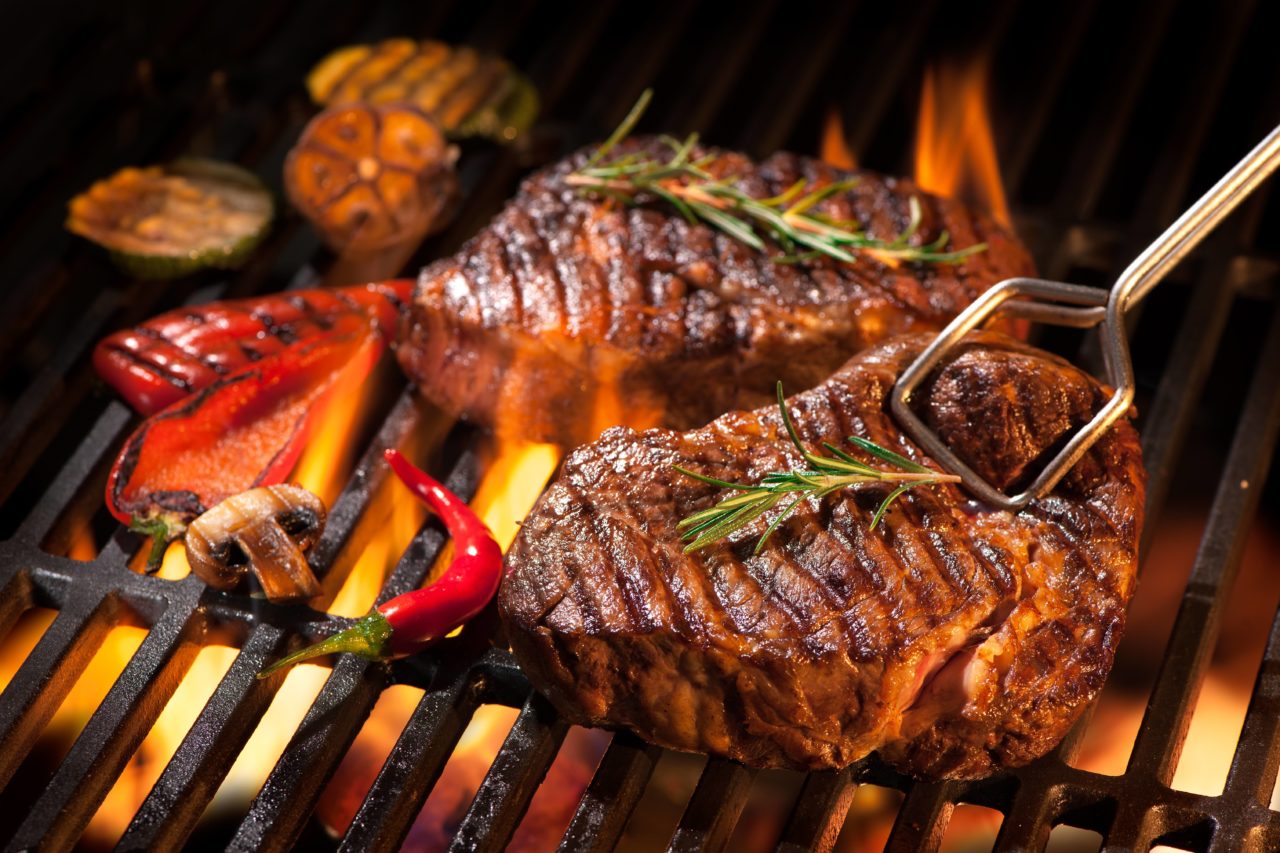 Is there anything more manly than a vast char-grilled steak fresh off the grill with a pat of butter melting on top? Maybe bacon. How about barreling down the road at breakneck speed in a big, loud, shiny car?

I constantly feel pressured by society, advertisements and the media (social or otherwise) to behave in this way, which is not only destructive but wasteful too – and particularly so when it comes to food, leisure and transportation.

“Manly” foods are incredibly toxic for us, our wallets and the planet. The World Health Organization classifies processed meats like bacon, deli meat and hot dogs as class 1 carcinogens, which puts them in the same category as plutonium and tobacco. Non-processed meat is a class 2 carcinogen, which means that there is a high degree of correlation between non-processed meat and cancer, even if the causal relationship hasn’t been fully identified yet. Apart from cancer, meat is linked to many other health problems, from heart attacks to diabetes.

Eating meat is also expensive. A kilogram of ribeye from Carrefour is Dh90. A kilogram of tofu is Dh22, while a kilogram of lentils is only about Dh11. Both are excellent sources of protein. Personally, when I eliminated meat, I cut my grocery bill cut in half.

And then there is the impact on the planet. Did you know that in the US, land that supports grazing for livestock takes up 41 percent of the entire country? Those forest fires in the Amazon that suddenly shot up by  84 percent from 2018, according to researchers in Brazil’s space agency, the National Institute for Space Research? Many of them were started intentionally, in part to clear land for crops, but mostly for cows. The methane produced by animal agriculture accounts for 14.5 percent of all human-caused carbon emissions, according to the Food and Agriculture Organization of the United Nations.

Yet every day I am bombarded with messages about how in order to be manly, to get the girl, to be respected, I have to consume this destructive substance. In order to be a “proper” man, I have to destroy myself, my finances and the planet. If that’s not stupid, I don’t know what is. It’s even more ridiculous when you learn that vegans have higher testosterone levels than meat eaters – 13 percent higher, according to a 2000 study conducted on vegan men and published in the Journal of Cancer.

The messaging around transportation is similarly destructive. “Manly men” drive big, fuel-guzzling SUVs and trucks, and they drive them fast. Have you ever been on Sheikh Zayed Road and had someone in a giant white SUV flashing their lights and tailgating you, just so they can go 40 kilometers per hour over the speed limit? That apparently is the ideal “manly” speed, even though aggressive driving boosts fuel consumption by 15 to 40 percent, according to the US Environmental Protection Agency’s website, Fueleconomy.gov.

And what about the pressure to drive an expensive car as a sign of status and wealth? Over the course of a lifetime, expensive car payments can easily cost more than $1 million (Dh3.67m), according to Andrew Hallam, author of Millionaire Expat. And its obvious that driving really fast also dramatically increases the chances that you’ll die if you’re in an accident.

Leisure activities for “manly” men are often equally destructive. One measure of stereotypical masculinity is the ability to drink large quantities of alcohol on a regular basis. Heaven forbid you should be a lightweight in this department! If you don’t drink, people look at you in a weird way, especially if your reasons are not to do with religion. This type of behavior is especially prevalent in British and American culture, where being “one of the lads” is basically synonymous with drinking too much, over and over again. It’s quite common to see it here in the UAE, especially at brunches and in clubs. And since, according to a survey conducted by Moneyguru, the UAE is the most expensive country in the world to drink, your wallet will definitely feel the pain, right along with your liver, kidneys and waistline.

The “manlier” the sport, the more destructive it is, whether to your body or the planet. In the United States, the National Football League and American football as a whole (the quintessential man’s game) has been tarnished with findings from one study that 110 of 111 players had chronic traumatic encephalopathy (CTE), as published in The Journal of the American Medical Association in 2017. CTE is a neurodegenerative disease caused by repeated head injuries. Symptoms may include problems with behavior, mood and thinking and tend to not appear until years after the injuries. CTE often gets worse over time and can result in dementia.

Practitioners of MMA, or mixed martial arts, another high testosterone pursuit, have 10 to 12 times more injuries than other martial arts including judo, Brazilian jujitsu and karate, according to a study conducted at Central Queensland University, Sydney, in 2017. Motor sports such as Formula 1 and NASCAR use cars that are only one-tenth as fuel efficient as regular cars and don’t have catalytic converters to minimize the pollution pouring out of their engines.

For me, I want to live a long, happy, healthy life that is filled with positive experiences, does minimal harm to the planet and gives me the resources to be financially secure and not drowning in debt. If that makes me less “manly,” well, that’s the price I’m willing to pay.