Menu
Finding a vaccine for Covid-19 takes time, patience and testing on human volunteers. The UAE's ethnic diversities one of the reasons the it was the first place enlisted for Phase3 trials by the World Health Organization 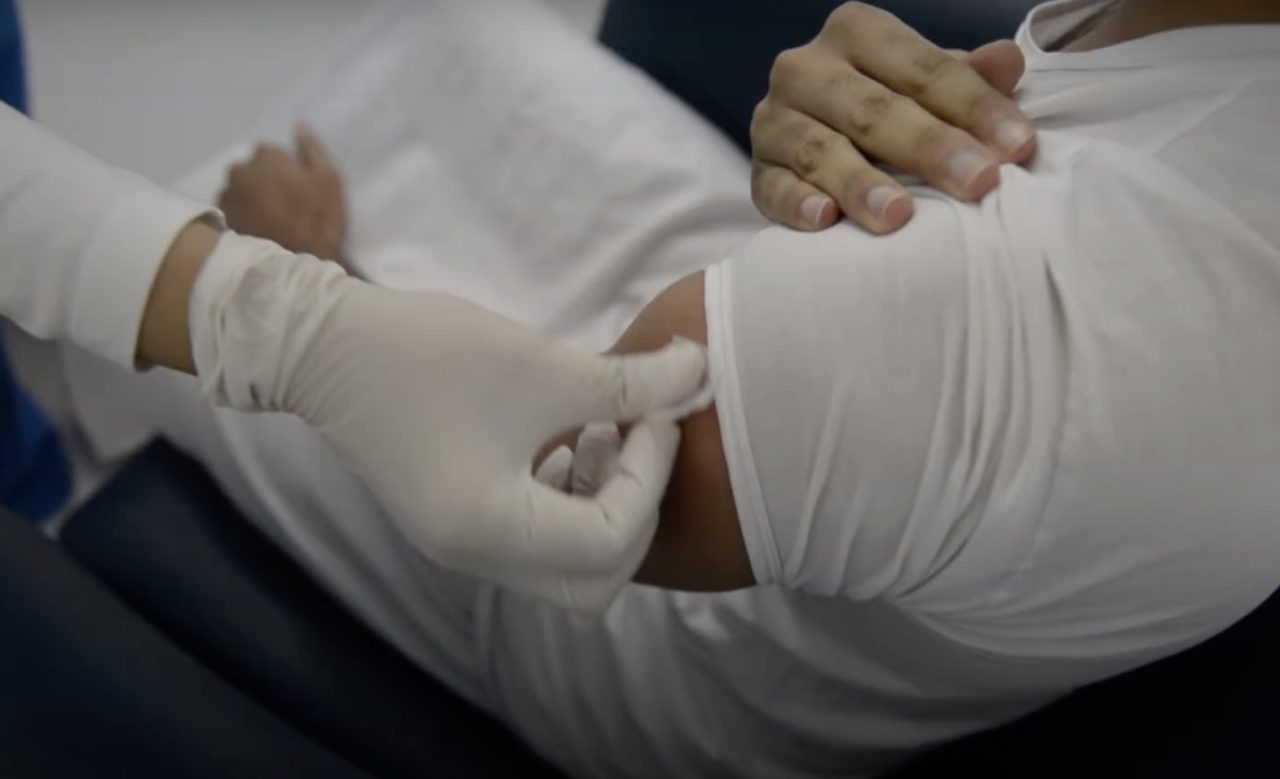 In the battle against Covid-19, we are all holding out for the ultimate weapon: a vaccine.

Russia’s claim to have developed the world’s first anti-Covid vaccine after only two months of testing has been greeted with some skepticism. The standard length of a Phase 3 vaccine trial  – the last stage of testing before a drug is approved for public use – is usually between one and four years. Developing a vaccine takes time, patience and above all, testing. And for testing, we need humans.

The call for 15,000 volunteers went out last month and the target was reached in less than a month. However anyone who wants to volunteer is still welcome to register.

The clinical trial has been extended outside of Abu Dhabi emirate to Sharjah, where the Al Qarain Health Center can handle 500 volunteers per day, and has just been extended beyond the UAE to Bahrain, where it is hoped another 6,000 volunteers will be recruited.

Leading by example, the very first volunteer to sign up for the trial and have the injection was Sheikh Abdullah bin Mohammed Al Hamed, chairman of Abu Dhabi’s Department of Health. The second volunteer was Dr Jamal Al Kaabi, acting undersecretary in the health department, who is also overseeing the Phase 3 trial. Both men reported feeling no side effects and have already had their second injections.

But what does volunteering for a medical trial involve?

First of all, here in the UAE, the researchers want you to be aged over 18 and in good general health. Anyone who has already had Covid-19 is not eligible. Volunteers who are selected then have a Covid-19 test and a blood test to produce a complete blood profile. A doctor will interview them and ask detailed questions about their health, such as whether they have high blood pressure or high cholesterol. The blood test also measures antibody activity, which acts as a baseline to compare against subsequent tests.

Volunteers then have to keep a record of any temperature changes, swelling, skin rashes, nausea or vomiting. If any of those occur, they must report to the monitoring center. Volunteers can expect to report to a testing center at least 17 times over the course of roughly 49 days. They are not allowed to travel abroad during that time and after the trial they should be available for regular phone consultations for up to six months.

The trial vaccine is inactive, which means it is a dead version of the germ that causes Covid-19. But volunteers should not assume that’s what they are being injected with. An essential part of the trial process is comparing the effects of the trial drug against  a placebo (a harmless substance with no effect on health). Volunteers are not told whether they’re getting the vaccine or the placebo.

Any side effects are likely to be mild, such as a sore arm, achy muscles, a slight fever – the sort of thing you might feel after any vaccination.

With the entire world living in fear of the virus, the trial volunteers say they are taking part because they feel a sense of duty – and also a sense that, in a small way, they are part of something historic.

Hussa Mohammad Salem Al Mansoori, a 49-year-old Emirati working in IT, cut short a trip to visit family in Liwa and drove back to Abu Dhabi as soon as she was summoned for assessment.

“Any vaccine that is developed will be for the good of humanity as a whole and I want to be part of the process,” she said.

Aadarsh P Ratheesha, a cost engineer living in Dubai, says he was encouraged by his sister-in-law, a doctor in Kochi, his home town in Kerala.

“I have been following the pandemic story very closely and wanted to do my bit. From my sister-in-law, I know how important it is for members of the public to sign up for this trial.”

Raju Kailasam, also from Kerala but working for a Sharjah-based company, registered as a volunteer as soon as he heard about the vaccine trial.

“I have been greatly moved by the people’s plight,” he said. “I have been a resident of the UAE for the last 20 years and have great faith in the country.”

The Phase 3 trials began in July in Abu Dhabi and Al Ain and are the first to be enlisted by the World Health Organization. They are being conducted by the Abu Dhabi health department, SEHA, in partnership with the Chinese pharmaceutical giant Sinopharm and the Dubai-based artificial intelligence company, Group 42, in accordance with guidelines set by the WHO and the US Food and Drug Administration.

The vaccine was developed by Sinopharm and earlier Phase 1 and Phase 2 trials showed that it generated antibodies in everyone who received two injections 28 days apart.

One of the reasons Abu Dhabi was chosen for Phase 3 testing is the ethnic diversity of the population, as the virus appears to affect different ethnic groups in different ways. The UAE volunteers encompass more than 100 nationalities, allowing researchers to study any differences in the vaccine’s efficacy.

There are five testing sites in Abu Dhabi and Al Ain. In Abu Dhabi, a special drop-in clinic at the National Exhibition Center has the capacity to serve around 1,000 vaccine volunteers a day.

More than 20 vaccines are undergoing tests globally, with at least four pharmaceutical companies starting Phase 3 trials in the US, where researchers are taking a different approach. They are actively looking to recruit people who are considered to be most vulnerable to Covid-19, including the over 65s, those with pre-existing medical conditions or autoimmune diseases and people who work in places where they more likely to come into contact with the virus, such as hospitals or meat-packing plants. Each company requires around 30,000 volunteers.

Another reason for the skeptical response to Russia’s announcement is the fact that the Phase 3 trial there involved only 38 people.

Back in the UAE, volunteers say the testing process is smooth and easy, but it does require commitment. They have to keep a “health diary” and be available for follow-ups.

One thing all volunteers can be assured of: if any adverse reactions start to occur in the vaccinated group but not in the control/placebo group, the trial can be stopped.

Similarly, the trial will be halted if there is little evidence that the vaccine is working.

• To register as a volunteer, go to 4humanity.ae, call the hotline at 02 819 1111 or visit testing centers at Abu Dhabi National Exhibition Center (ADNEC) or Al Qarain Health Center in Sharjah. Both are open seven days a week, from 8am to 8pm – no prior appointment needed.