Menu
UFC 280 — aka the Ultimate Fighting Championship fight card — is rolling back into Abu Dhabi, with its colorful cast of characters set to deliver another crowd-pleasing dose of MMA, sprinkled with an inevitable smattering of trash talk at Etihad Arena on Yas Island October 22 2022. Since the UAE capital penned a five-year deal in 2019 with the UFC to hold events, Abu Dhabi has played host to some of MMA’s most iconic... 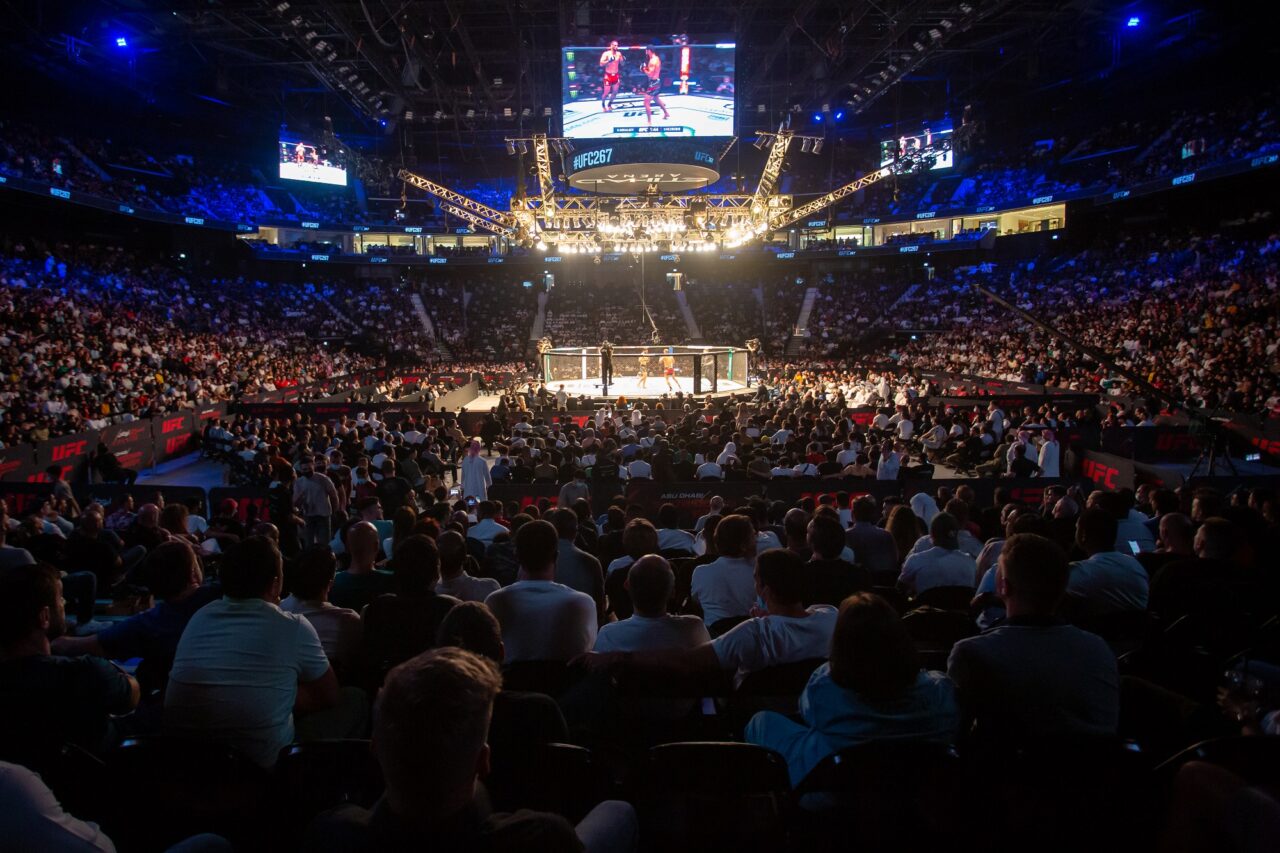 UFC 280 — aka the Ultimate Fighting Championship fight card — is rolling back into Abu Dhabi, with its colorful cast of characters set to deliver another crowd-pleasing dose of MMA, sprinkled with an inevitable smattering of trash talk at Etihad Arena on Yas Island October 22 2022.

Since the UAE capital penned a five-year deal in 2019 with the UFC to hold events, Abu Dhabi has played host to some of MMA’s most iconic clashes — including Khabib Nurmagomedov’s defeat of Dustin Poirier, who followed up that loss with a happier trip to the emirates when he beat bombastic Irishman Conor McGregor in thrilling style in January 2021.

With all three of those high-profile fighters now in some form of retirement from the sport, UFC 280 will see new competitors make their inaugural appearance on Emirati soil. The main event sees headliners Charles Olivieira and Islam Makhachev do battle for the vacant UFC lightweight championship; here’s everything you need to know about the key competitors.

That Olivieira is even able to stand in the octagon is remarkable. At seven years old it was feared he could be left paraplegic after being diagnosed with a heart murmur and subsequently rheumatic fever. But true to his current profession, Olivieira has always been a fighter and aged 12 he began Brazilian Jiu Jitsu after being offered free classes at school. The rest is history.

Nicknamed ‘Do Bronx’ — the New York City borough was used as slang for the favelas in his native Brazil — Olivieira is now a UFC veteran, having made his debut 14 years ago with a lightweight victory over Mehdi Baghdad. Olivieira is a submission king, with his 16 victories by submission a UFC record; he is five ahead of the nearest challenger and six above UFC legend Royce Gracie.

Away from the octagon, Oliviera has been praised for his philanthropy and after defeating Tony Ferguson at UFC 256, the Brazilian donated large amounts of non-perishable food to the community of his home city of Prainha in Guarujá. He also launched a community outreach programme that uses combat sports to take children away from a potential life of crime.

Unfazed by the likely partisan support for Makhachev, No.3 ranked UFC pound-for-pound fighter Olivieira has been in confident mood ahead of the fight and is determined to crash the party.

“I am very happy to be going to Abu Dhabi and shutting many mouths,” Oliveira said.  “It will be a pleasure to be a guest at his house, and we will be ready to show what we can do and bring the best result. He is a great fighter with 10 straight wins, but there is a name to the champion – and that’s Charles Oliveira.”

Picking up the baton as a regional fan favourite from the now-retired Khabib, fellow Dagestani Makhachev boasts an imperious record of just one career defeat, and has already claimed two previous victories in Abu Dhabi against Davy Ramos and Dan Hooker in 2019 and 2021 respectively. Makhachev beat Bobby Green by first-round TKO in his last outing Las Vegas in February and arrives in Abu Dhabi on the back of 10 straight wins.

Makhachev usually has Khabib in his corner and the pair share a special bond, having gone to the same school and trained together for years. Javier Mendez, who has coached both fighters, recently revealed that Makhachev is the only person he’s seen challenge Khabib in sparring at training camps.

Widely regarded as one of the UFC’s most talented and tenacious ground fighters, Makhachev recently received another ringing endorsement from Mendez, who claimed his fighter is the greatest lightweight of all time.

“I am going on record saying as the lightweight, he is hands down the No. 1 of all time, best in all areas,” Mendez said. “Best defense, best striking, best everywhere. The best all-around athlete.”

The Dagestani challenger has certainly appeared to ooze belief ahead of the fight, though he also recognizes the quality of his opponent. “I don’t think this is the biggest test [of my career],” Makhachev said. “Maybe I’ve beat some guy who has more skills. But right now, he’s the champion. And, right now, at this moment in his career, because he has a good win streak he feels like nobody can stop him. But Oct. 22, I’m going to come to the cage and stop him there.”

The co-main event sees a potentially mouthwatering tussle between Aljamain Sterling (21-3-0) and TJ Dillashaw (18-4-0) for the UFC bantamweight title. Reigning champion Sterling, who often dominates the mic as much as the octagon, has been laying on the trash talk in the build-up to the contest in Abu Dhabi. Sterling accused his opponent, who was bantamweight champion before relinquishing the belt in 2019 after being flagged by USADA for taking illegal substances, of doping.

“I guarantee you he’s finding some type of way to get an edge once again, as he’s done his entire UFC career,” Sterling said.

Dillashaw’s preparations for the fight have been significantly more private than Sterling, who has regularly been giving fans a glimpse into his training camp via social media.

Born in Chicago to Palestinian parents, welterweight Belal Muhammad (21-3-0) can, like main-eventer Makhachev, expect a warm reception on his return to the Middle East. Muhammad, who has never submitted in the octagon, is on an eight-fight unbeaten run and a win against thus far undefeated Sean Brady (15-0-0) in Abu Dhabi would likely stake his claim for a title shot.

“Last time I was there the energy was incredible,” Muhammad said recently. “It means everything to have the crowd on my side in Abu Dhabi, they bring me as one of their own and it is going to be amazing.”

Sean O’Malley (15-1-0) has his first fight outside of the USA and takes on Russian Petr Yan (16-3-0) in the bantamweight division. Yan is considered one of the best all-terrain strikers in the UFC, while O’Malley – who has a penchant for dying his hair – is one of the organisation’s most charismatic fighters and has long been tipped as the ‘next Conor McGregor’.

Ahead of UFC280, O’Malley said: “People want a superstar. There’s really no one in the UFC right now that is that Conor level. I go out there and beat Petr in spectacular fashion, I’m climbing… I want to be the Conor. I want to be that guy.”

Katlyn Chookagian (18-4-0) has found her feet since a loss to dominant champ Valentina Shevchenko in 2020 and is now the No. 1 contender at flyweight after four straight victories. In Abu Dhabi, Chookagian takes on French fighter Manon Fiorot (9-1-0), whose only loss came in her first professional MMA bout. Fiorot, nicknamed ‘The Beast’ has impressed since making her UFC debut last January and she heads into her first big pay-per-view show on the back of a nine-fight winning streak, with six of those victories by knockout.

Tickets for UFC 280 are on sale via Etihad Arena and Ticketmaster.

Why bitter gourd is THE superfood

Types of breast cancer and what they mean