Menu
The company behind a new unique subscription service claims it will revolutionize treatment and outcomes for UAE diabetics who are currently being failed by the country’s insurance-based healthcare system. Known as the “silent pandemic”, Type 2 diabetes is a condition related to lifestyle that often develops hand-in-hand with obesity. The body either becomes resistant to, or doesn’t make enough of, the hormone insulin, which is produced in the pancreas and helps the body to take... 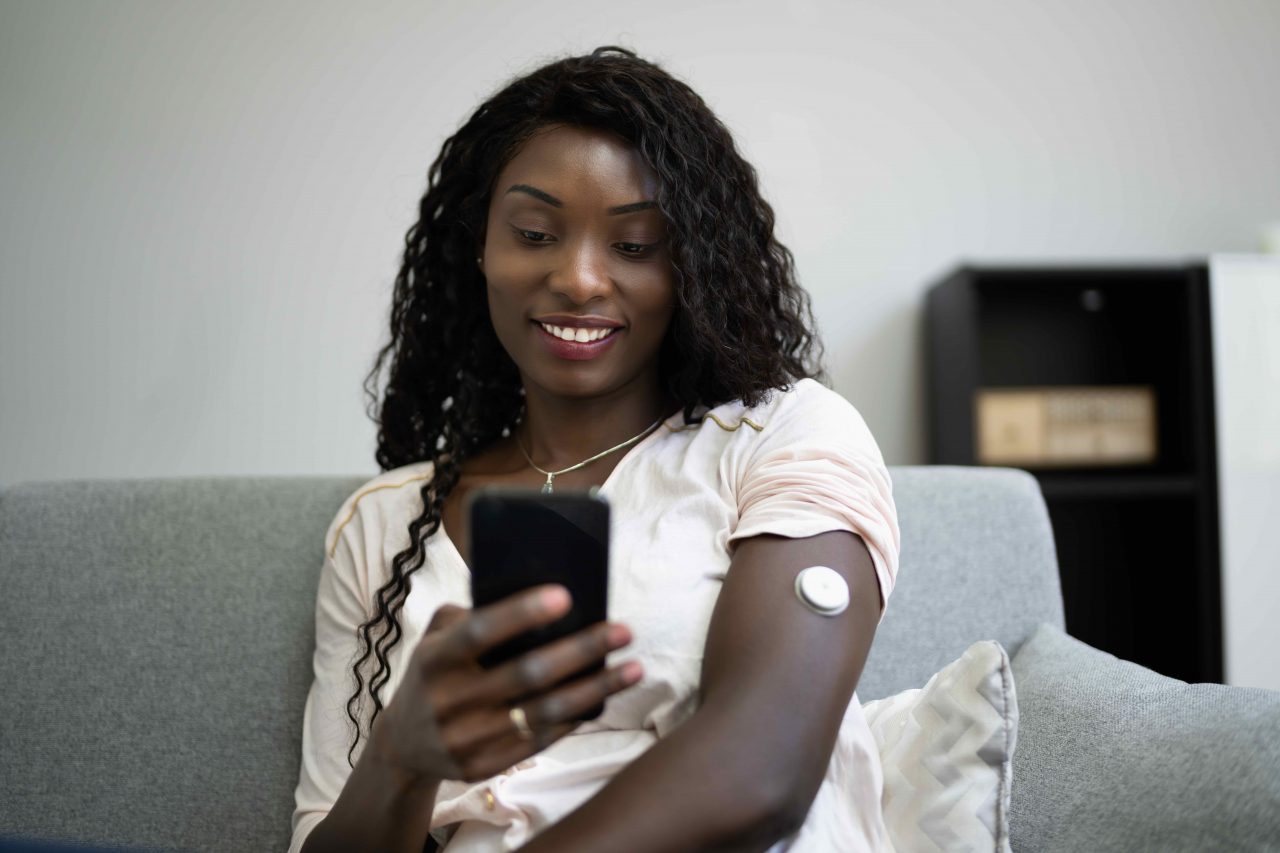 A continuous glucose monitor in use/Shutterstock

The company behind a new unique subscription service claims it will revolutionize treatment and outcomes for UAE diabetics who are currently being failed by the country’s insurance-based healthcare system.

Known as the “silent pandemic”, Type 2 diabetes is a condition related to lifestyle that often develops hand-in-hand with obesity. The body either becomes resistant to, or doesn’t make enough of, the hormone insulin, which is produced in the pancreas and helps the body to take and use for energy glucose from the carbohydrates we consume.

The World Health Organisation says that over the past three decades the incidence of Type 2 diabetes has risen dramatically across the world, affecting an estimated 422 million people, and responsible for 1.5 million deaths every year.

It’s a particular problem in the Middle East in general, and in the affluent Gulf states in particular, with the latest figures showing that no fewer than one in five people in the UAE is living with the condition.

Many people are reversing their Type 2 diabetes with diet and lifestyle changes. But others need expensive medicine to keep their blood sugar levels at near-normal levels – and they will probably need those drugs, such as metformin, for life.

If the drugs don’t work, then diabetics may need insulin, and regular check-ups and tests are also vital if the disease is to be properly controlled.

This represents a growing problem for insurance-based healthcare systems, such as in the UAE, where companies faced with ever-rising costs have little choice but to pass them on to clients.

That’s an unsustainable model, for companies and individuals alike. One result of this, according to Dubai-based GluCare.Health, is that insurance companies are loading premiums for diabetics by up to 500 percent, leading then to in some cases be as high as Dh100,000.

Worse, claims the company, “despite having medical insurance, many patients are routinely denied access to medical services and products required as part of their diabetes care”.

According to a recent survey by Abu Dhabi Department of Health, 75 percent of all people with diabetes in the UAE are classified as poorly controlled, with many patients skipping all-important quarterly check-ups, in many cases because of the costs involved.

Some 70 percent of patients also reported that their insurance providers had denied them access to specific medical services.

The answer, says GluCare, which describes itself as “a hybrid digital therapeutics company”, is its new “value-based, insurance-free monthly subscription model for the management of diabetes in the United Arab Emirates”, which it says will start accepting subscribers in September.

“There is an utter misalignment between patient needs, insurance policies and healthcare providers,” said Dr Ihsan Almarzooqi, co-founder and managing director of GluCare.

“Insurance companies are more concerned about medical expenses, not a patient’s improvement. In addition, health insurance premiums are increasing, regardless of whether patients get better.”

Under the existing fee-for-service reimbursement model of healthcare in the UAE, “providers will only do what they will be paid for, not what is needed to optimize outcomes”.

Also, “patients are not being rewarded for better health, so it is no wonder we are failing in the battle against diabetes”.

If GluCare.Health’s new scheme proves effective for diabetics, it opens the possibility of similar schemes being launched by other providers for patients with other expensive, hard-to-treat conditions.

Controlling heart disease, for example, requires constant monitoring and medication, and would be a natural candidate for subscription services for patients who feel their insurance cover is not offering them optimum care.

The World Health Organisation says cardiovascular diseases are the leading cause of death globally, claiming an estimated 17.9 million lives each year, while obesity has reached “epidemic proportions internationally”.

“Similar disruptive models could be created for other chronic conditions but can only work if the provider focuses on improving outcomes, not limiting  access to care,” said Dr Almarzooqi.

“At GluCare.Health, we have managed to get superior outcomes through a novel methodology of continuous engagement and hyper-personalizing care. This allows us to induce change within the single most important parameter when it comes to care, which in the case of metabolic diseases is behaviour.”

GluCare’s subscription offers unlimited access to its diabetes-related services, including consultations with doctors, laboratory tests and imaging at its Integrated Diabetes Center in Dubai.

“When glucose data is continuously streamed back to the care team and correlated against other continuous clinical and physiological data, it can be effectively used by the care team, allowing for trends to be seen and insights to be actioned in near real-time,” said Ali Hashemi, co-founder and chair of GluCare.Health.

The subscription service is inspired by GluCare’s experience in managing diabetic patients over the past 18 months. It claims that it sees “vastly better patient outcomes under our platform than in traditional care”, with, on average, patients’ well-controlled in as little as 90 days, and while using fewer medications.

“A prime example of this being 94 percent of our Type 2 diabetic patients who were on insulin are no longer using this medication,” added Dr. Almarzooqi.

The subscription service isn’t cheap. There’s a one-off “starter kit” cost of Dh3,210, which includes glucose monitors, wearables, and weight scales, followed by Dh690 a month for Type 2 diabetes service, or Dh1,415 for patients with Type 1 or insulin-dependent Type 2 diabetes. Medication costs are not included as part of the monthly subscription costs, which, says the company, will fall annually “if your results improve”.

But, as the company points out, the monthly costs are “cheaper than the cost of a single consultation at most private healthcare facilities.”

Meet the first Emirati woman to compete in a camel race