Menu
Iconic car-free tracks, challenging mountain climbs and breathtaking scenery are just a few of the reasons why cycling is becoming one of the fastest-growing sports in the UAE. Here’s where to go: Cycling tracks Yas Marina Circuit When it comes to cycling, the UAE is known for its many car-free (and therefore safe) tracks, the most famous being Abu Dhabi’s iconic Formula One circuit. The facility on Yas Island hosts the likes of racing superstar... 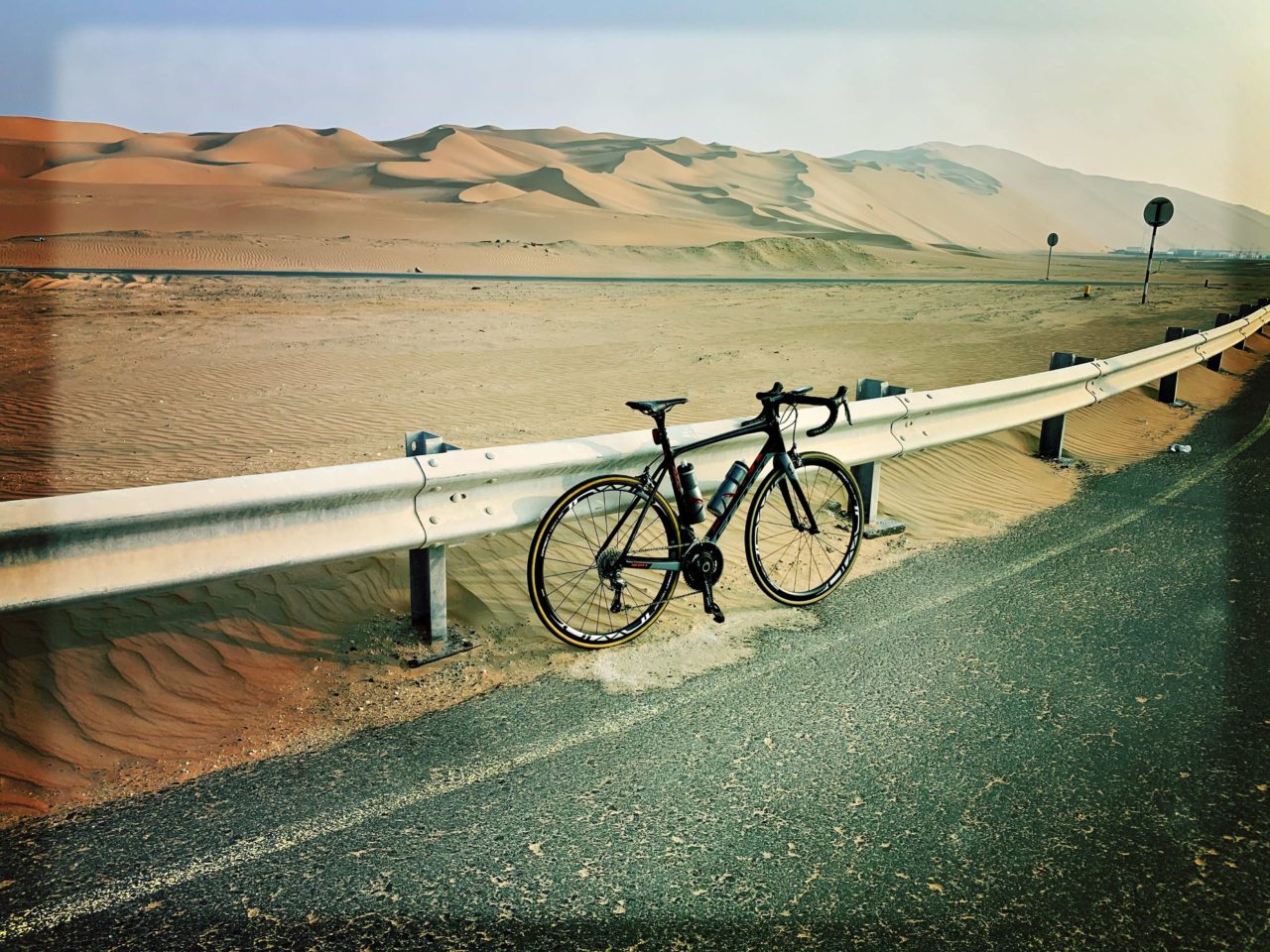 Iconic car-free tracks, challenging mountain climbs and breathtaking scenery are just a few of the reasons why cycling is becoming one of the fastest-growing sports in the UAE. Here’s where to go:

When it comes to cycling, the UAE is known for its many car-free (and therefore safe) tracks, the most famous being Abu Dhabi’s iconic Formula One circuit. The facility on Yas Island hosts the likes of racing superstar Lewis Hamilton once a year but is also open to velo fans three nights a week on Sundays, Tuesdays and Wednesdays (the latter is a ladies-only affair). You can even borrow bikes here for free from Abu Dhabi Cycling Club. Entry to the sessions, called Train Yas, is also free, although you have to register in advance at the track’s website.

Dubai also has its very own motorsports destination that doubles as a cycle track. Train Dubai happens every Wednesday night at the venue, which is located in Motor City. The route features a couple of cheeky inclines to get the legs working. Newbies can rent bikes here. It’s also the start point for the annual Spinneys Dubai 92 Cycle Challenge (a 92km race around Dubai), which happens every December.

This facility in the heart of the Dubai desert is the focal point for cycling in the emirate. You can ride more than 150km of car-free track here through rolling sand dunes. If you go at night, make sure you bring lights for your bike, as there are no streetlights on the track and the local wildlife are known to go for a stroll once the sun goes down. You can hire bikes from the Trek store in the main car park; there are showers and toilets, as well as the legendary Zad Food Store, a café and shop. Races, including individual time trials, are held here throughout the cooler months as well.

Abu Dhabi has its very own equivalent to Al Qudra: Al Wathba, a 60-minute drive from the city centre in the middle of the desert. Wathba has a 96km track dedicated to cycling that is split into 30km, 22km, 20km, 16km and 8km loops (with a few gentle climbs thrown in for good measure). You can also hire a bike here. There are showers and changing rooms, plus an ADNOC shop for a carb boost. Keep an eye out for a few two-humped locals as well, as camel races are held at a nearby track every week.

Abu Dhabi’s garden city has a no-thrills cycle track of its own, which is 23km long but is otherwise light on facilities — there are no changing rooms or toilets, for example. You can refuel at the ADNOC petrol station situated right next to the circuit.

Also referred to as NAS, this purpose-built cycling and running facility in the heart of Dubai is popular with road cyclists looking for a car-free surface. Situated near Meydan racetrack, its 10km loop provides great views of Dubai’s skyline, including the Burj Khalifa, and the facility also has showers and changing rooms. It’s very busy Friday mornings.

The capital’s original, car-free cycle track is great for beginners, and the 8km route offers great views of the Corniche’s beach and the dhows moored in Mina Port. But be mindful of the city’s runners and walkers, who have a tendency to ignore the “no pedestrians” signs, as well as the many people on scooters these days.

In the heart of Abu Dhabi city you’ll find this facility, which is affectionately referred to as “Hud” by the capital’s road cyclists. Its main track is a pancake-flat 10km loop that hugs the shoreline and offers breathtaking views of the nearby skyline, including Emirates Palace and Qasr Al Watan, the Presidential Palace. The track was recently been upgraded, with around 10km of smaller loops added to the circuit. Yas Cycles, one of the city’s bike shops, has a shop here (and also provides rental bikes) and you can refuel after your ride at one of the island’s many food trucks.

Even though the terrain in the UAE’s main cities is predominantly flat, the country does boast several mountains that wouldn’t look out of place in the French alps. Al Ain is home to Abu Dhabi’s Jebel Hafeet, an 11km climb with an average gradient of seven percent (which ramps up to a teeth-gritting 11 percent in places). It’s not a climb for beginners — you’ll have to tackle more than 700m of elevation gain before you reach the top. Hafeet has featured in the UAE Tour, the professional annual race. There’s a basic coffee shop at the top of the mountain and you have the option to stop for some breakfast at the Mercure Grand Jebel Hafeet Hotel, situated near the summit.

High up in the Hajar mountains lies Jebel Jais, a 25km road full of switchback turns reminiscent of classic cycling climbs in Italy and France. While it’s a long climb, it’s thankfully not the steepest — it has an average gradient of five percent. Adrenaline junkies can try the world’s longest zipline at the top, while a new restaurant, 1484 by Puro, recently opened and offers spectacular views of the craggy mountain range that borders neighboring Oman.

Liwa, in Abu Dhabi’s Western Region, is popular with cyclists because of its spectacular scenery (you’ll feel like you’ve taken a trip to Mars, thanks to the red rolling sand dunes) and steep, rolling hills. Every January, amateur cyclists head here for the Liwa Challenge, a 110km race that is regarded as one of the toughest events on the racing calendar.

The Urban-Ultra Coast to Coast Challenge takes place every November, and is a 215km epic across the UAE, starting in Sharjah and ending in Fujairah. Not only is this ride long, it also comes with a fair amount of climbing — get ready to ascend around 1,400m across rolling hills in Hatta and Showka on your way to the finish line. Riders are split into groups of 45. Each group is accompanied by a police escort for the first 95km of the route, giving you that feeling of being a pro cyclist. There are plenty of feed stations offering fruit, nuts and drinks along the way, and they’re essential — the event takes more than six hours for most riders to complete.

How to deal with Covid-19 depression