Menu
The celery juice trend seems to be hitting a peak in the UAE, with Kibson's experiencing a 70 per cent jump in sales of the vegetable from previous months. 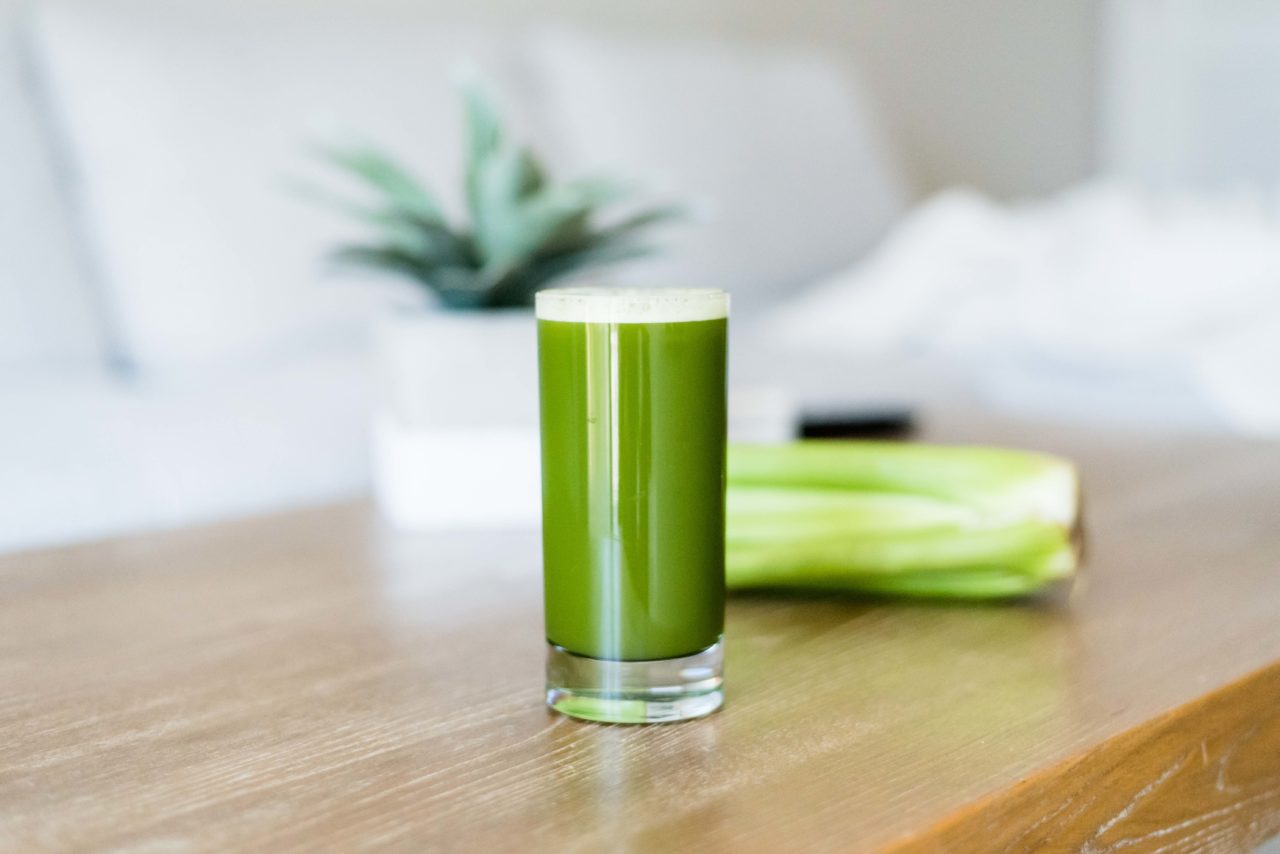 Karly Melnyk had been drinking organic celery juice on an empty stomach for about three weeks when she ran a 10-kilometer race as part of last month’s Standard Chartered Dubai Marathon.

Anything else in her belly? Just that glass of pure celery juice, followed with a shot of espresso shortly before the 8.30am starting time.

“It was probably the 10k that I enjoyed running the most,” says Melnyk.

Despite a high fitness level, Melnyk, an Abu Dhabi-based Canadian health and wellness advocate and fitness trainer, says she is not a “natural runner.”

“I didn’t feel that I was going to die,” she says. “I felt like I had control of my body and I remember being around kilometer seven or so and thinking, ‘Wow, I feel like I’m engaging my core, I feel so strong running,’… just a feeling that I’d never had before at seven kilometers.”

Melnyk, who also cites a drop in breakouts and brighter skin, is far from alone with her devotion to celery juice. The trend, which started taking off last year, has wracked up almost 90,000 Instagram #celeryjuice posts. Here in the UAE, Kibson’s, where Melnyk orders her celery, experienced a 70 percent jump in celery sales in January compared to previous months, according to Halima Jumani, director of Kibsons online home delivery service.

“We decided to jump on the craze,” says Ajami.

The Juicery, The Raw Place and Soil are all among local businesses bottling and selling celery juice.

While celebrities including Kim Kardashian and Miranda Kerr have mainstreamed the trend, the original driver is Anthony William, a New York Times-bestselling author.

In his 2015 book Medical Medium, William wrote that the juice can address the issue of ammonia permeability – created when ammonia from undigested food leaks to other parts of the body. Celery juice, he argues, can tackle the issue by rebuilding the stomach’s supply of hydrochloric acid.

He recommends drinking 16 ounces of pure celery juice daily, first thing in the morning on an empty stomach, to heal the gut.

“It’s a secret method that can turn around the life of a person with a gut disorder,” he says.

Although the health benefits of celery are well-documented, there’s little in the way of science available to back up William’s claims that drinking it in pure juice form is a gut cure-all. Also, he’s not a doctor – just a guy who gets his medical information from someone he calls “Spirit.”

Like many people who started drinking the juice, Melnyk knew about William but started adding celery juice on a recommendation from someone she trusted. “When my friend was telling me this whole thing, she said, ‘The guy’s a bit nuts but if you can look beyond that point he has some really good case studies.’ I thought, cool. I’m not here to judge.”

In a piece published this week on her blog called Can celery juice really be a miracle drink?, Abu Dhabi-based Moni’s Healthy Choice founder Monica Braga – who is opening her first cafe in Abu Dhabi – says yes.

“I used to suffer terrible bloating and starting to drink celery juice a couple of years ago has cured it, without the need to resort to medication,” she says.

Braga, a long-time health and nutrition advocate who works out daily and does yoga, tackles head-on one of the main issues people experience when they start the regime.

“If you experience a change in your bowel movements when you start to drink celery juice, don’t panic as this is normal and your body is detoxing and causing this reaction,” she explains.

Claire Falconer, an Australian personal trainer living in Dubai, told her Instagram followers this month – via emoji – that regularity was the only change she’d noticed from drinking celery juice.

“For all those wondering … I feel no different, skin is not clearer, I’m still tired, no more energy,” she says.

Abu Dhabi healthy living enthusiast and entrepreneur Margie Cordon has been encouraging many of her friends to take up the celery juice habit since she started drinking it daily last year.

After two months, the painful menstrual cramps she suffered with for years were gone. Her high cholesterol had dropped, while she also experienced better digestion, curbed appetite and increased regularity.

Mae Algathami is a wellness and holistic nutrition coach in Dubai who promotes all things plant-based. “Honestly, I didn’t want to buy into the hype of celery juice,” she says, adding she “didn’t like the taste of it” or see it as better than any other vegetables.

But a seven-day celery juice cleanse through The Juicery changed all that. “Boy did it convert me from a celery juice hater to lover,” she says.

Algathami has done a lot of research into the juice and has become convinced of the “cluster salts” angle, and their ability to kill off pathogens and help combat bacteria, viruses and infections. Personally, she also noticed a change and a month later is still drinking it several times a week.

“Must be the hydration boost as celery is full of electrolytes, but instantly I felt more refreshed, had no cravings between meals. And as the days went by, I did notice an improvement in digestion, becoming more regular,” she said.

Not everyone is on board, obviously. Helen Cooper, trainer and owner of Universal Fitness in Dubai, for one. “He just states the obvious about nutrition we already know about,” she said. Still, if more people changed to a plant-based diet, she points out, it “would do wonders for many sicknesses, diseases and ailments.”

Pem Fassa, owner of The Hot House and member of the livehealthy.ae expert panel, quit her recent morning celery juice regime after three weeks. She did notice somewhat improved digestion and regularity – and it curbed her appetite, even with workouts, until the early afternoon. But there was one major problem.

Dr Oz and Arianna Huffington want us to calm down