Menu
As the citizens of Israel and the UAE are discovering with collaboration between the two countries blossoming in multiple areas, there is much they have in common, and much to be gained in trade deals across multiple sectors. But behind the much-publicized wealth-creating deals in technology and aerospace, a more down-to-earth and yet vitally important collaboration in healthcare is under way that could save both nations vast sums of money, and improve and even save... 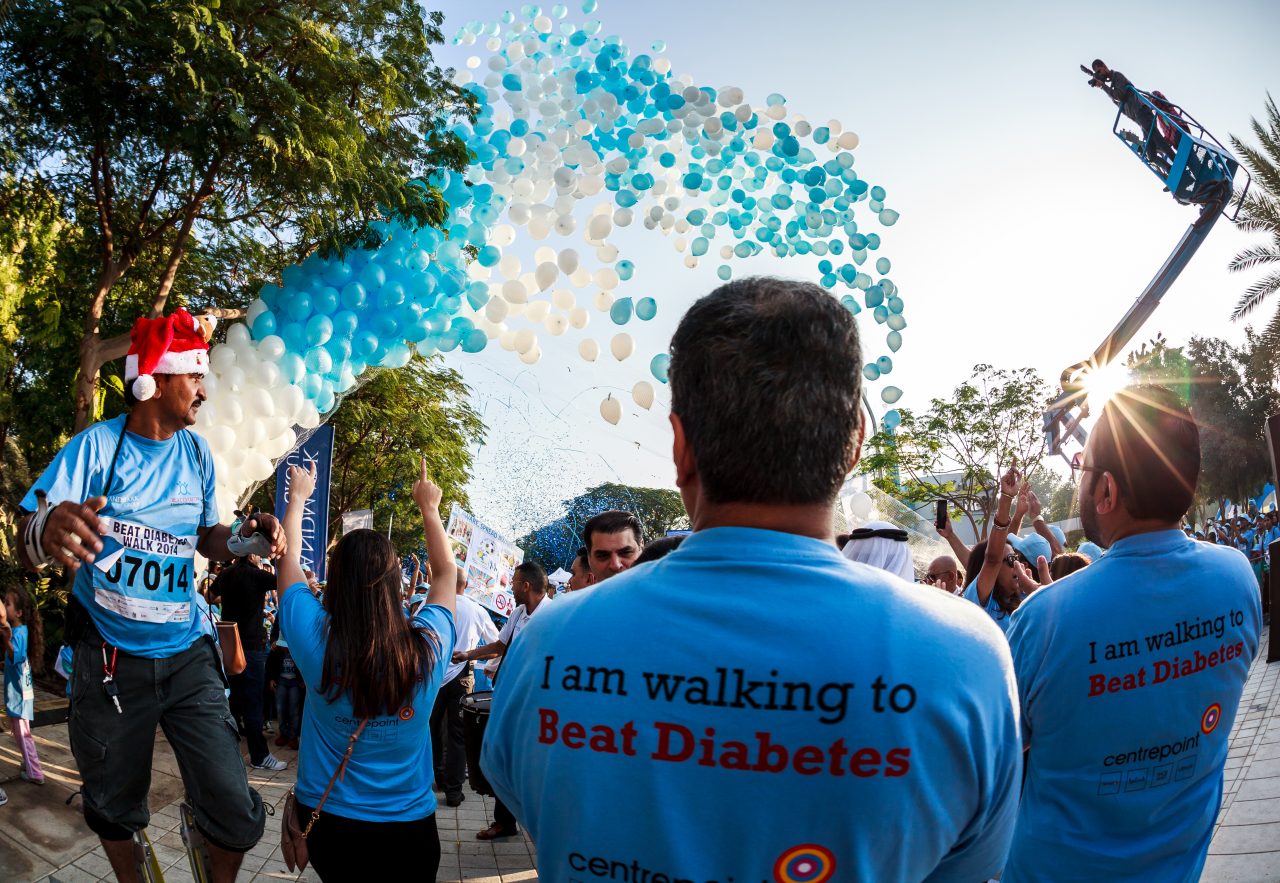 As the citizens of Israel and the UAE are discovering with collaboration between the two countries blossoming in multiple areas, there is much they have in common, and much to be gained in trade deals across multiple sectors.

But behind the much-publicized wealth-creating deals in technology and aerospace, a more down-to-earth and yet vitally important collaboration in healthcare is under way that could save both nations vast sums of money, and improve and even save the lives of millions throughout the Middle East.

In April last year Israel and the UAE signed a wide-ranging agreement to open up cooperation in this area, with March 2022 bringing the launch of one of the most promising initiatives yet to spring up out of that fertile field.

One of the things that Israel and the UAE have in common is diabetes, a growing problem across the globe but one that is particularly out of control in the Middle East.

Now, in a first-of-its-kind effort announced  in the Israeli pavilion at Dubai’s EXPO 2020, the two countries have set up a regional forum (March 7 2022) to fight the twin curses of obesity and diabetes.

The forum, which seeks to connect experts and expertise from countries around the Middle East, comes not a moment too soon.

The initiative, as the organizers say, “comes against the backdrop of the alarming rise in the number of patients with diabetes and obesity in the Middle East region, and the growing need to formulate a regional response and a new action plan”.

The statistics are indeed staggering.

According to the International Diabetes Federation, in the past two decades alone, across the Middle East and North Africa, the number of people diagnosed with Type 2 diabetes — not the type you can be born with, but the type brought on by lifestyle — jumped from 17 million to over 72 million.

That is almost one in five of the total population — and, unless the trend can be slowed, it’s going to get much, much worse.

Not all nations are equally afflicted, of course.

A recent systematic review and analysis of 669 papers published between 2000 and 2018 concluded that the average prevalence of diabetes across the Middle East was over 14 percent, ranging from 2.6 percent to over 21 percent .

With a population-wide prevalence of  just 2.6 percent, Israel is actually one of the least-affected countries in the Middle East. The worst is Kuwait, where 21.9 percent of the population has diabetes, but Saudi Arabia (21.5 percent) and the UAE (21.6 percent) are right up there with it.

Writing in the journal Primary Care Diabetes in 2020, the authors concluded that in the region “the pattern and growing trend of diabetes … is alarming and underline the point that maximal risk reduction for developing diabetes should be at the top of health priorities”.

They blame “global changes in standards of living … including sedentary lifestyles and popularity of westernized dietary patterns (i.e. fast foods),” which has led to “an epidemiologic transition from communicable to non-communicable disease, such as type 2 diabetes”.

In other words, people in the region have gone from contracting deadly diseases through no direct fault of their own — smallpox, typhus, cholera and the other big killers of the 19th century —  to bringing disease upon themselves.

The problem is that becoming overweight — eating too much, basically, and moving too little — can be a lot of fun, especially in mall-based societies such as the UAE, with multiple fast-food outlets on every level.

On the other hand, the consequences — obesity and diabetes — are no fun at all.

Diabetes isn’t exactly one thing. It’s a group of disorders, triggered by a progressive failure of the body to make enough of the insulin that breaks down the sugar deposited in our blood by the food we eat.

Insulin is the key that allows the body’s cells to convert all that sugar into the energy we need. As we eat and drink too much and gain weight,  we compromise the ability of our insulin to do its job.

All that excess sugar in our blood starts to wreak havoc, damaging multiple organs, including eyes, kidneys and the heart, sabotaging blood vessels and nerves and, in many cases, leading to cardiovascular disease, stroke and, ultimately, premature death.

To be fair, diabetes has kind of sneaked up on the Gulf states.

Since the discovery of oil, life has been good, but with the good life have come bad habits — eating too much and exercising too little, a toxic combination compounded by a sedentary lifestyle.

Without a doubt, genetics plays a part. For countless generations the Gulf Arabs lived tough, physical lives in unforgiving environments, in which every drop of water and every mouthful of food was hard-won.

The adapted ability to survive under such circumstances was hard-wired into genetic code — programming that was rapidly overwhelmed when, after millennia of their ancestors making do with very little, virtually overnight the people of the Gulf region found themselves living in a land of plenty.

But while we can’t change our genetic programming, we can change our lifestyles. And, as researchers at the National Diabetes and Endocrine Centre in Oman concluded in a paper published in the journal Economics and Policy in Diabetes in 2019, governments should be doing much more to help us do so.

“Diabetes is a chronic and costly disease,” they wrote. “It can be prevented (but) the alarm over the rising tide of diabetes has not yet been successfully translated into action in the Middle East.”

The governments in the region, they added, “need to devise more intense, broader policies and preventive-measure programs based on local sociocultural practices to effectively combat the situation.

“Further improvements of the primary health care system and cross-governmental approaches are needed in the region to keep the growing epidemic of diabetes under control.”

Of course, telling people to exercise more and lose weight is one thing. Getting them to do it is quite another. However as plenty of research has shown, it can be done and lives can be changed and saved.

In the US the National Diabetes Prevention Program, launched in 2002, set out to discover whether a structured program of calory reduction and regular exercise would prevent diabetes. It found that, versus a control group whose members did nothing, participants who tried to lose 7 percent of their body weight and exercised for 150 minutes a week — just over 20 minutes a day — lowered their chance of developing diabetes by almost 60 percent.

Support, however was key to the success of those participants who stuck with the program, with regular consultations, in person or over the phone, with health professionals.

The new diabetes and obesity forum isn’t the only healthcare initiative to have taken root in the rich soil of the Abraham Accords.

In December, G42’s healthcare division paired with the international pharmaceutical company AstraZeneca — developer of one of the key anti-Covid-19 vaccinations — to “enhance clinical research and diagnostics frameworks in the UAE”.

But, if successful, the new Israel-UAE collaboration over diabetes, and the determination it represents to bring all the research and public-health energy of the region to bear in overcoming this most deadly of common enemies, will prove to be the biggest game-changer in health the Gulf is likely to see this century.

4 women who are paying it forward