Menu
Trigger warning: there is no trigger warning on this article. “…But if thought corrupts language, language can also corrupt thought. A bad usage can spread by tradition and imitation even among people who should and do know better”. George Orwell.  Social media dwellers, self-proclaimed gurus, influencers and therapists take the inherent murkiness of psychological and psychiatric constructs as an unspoken license for laxity in language. After all, if the central concepts are themselves ambiguous, the... 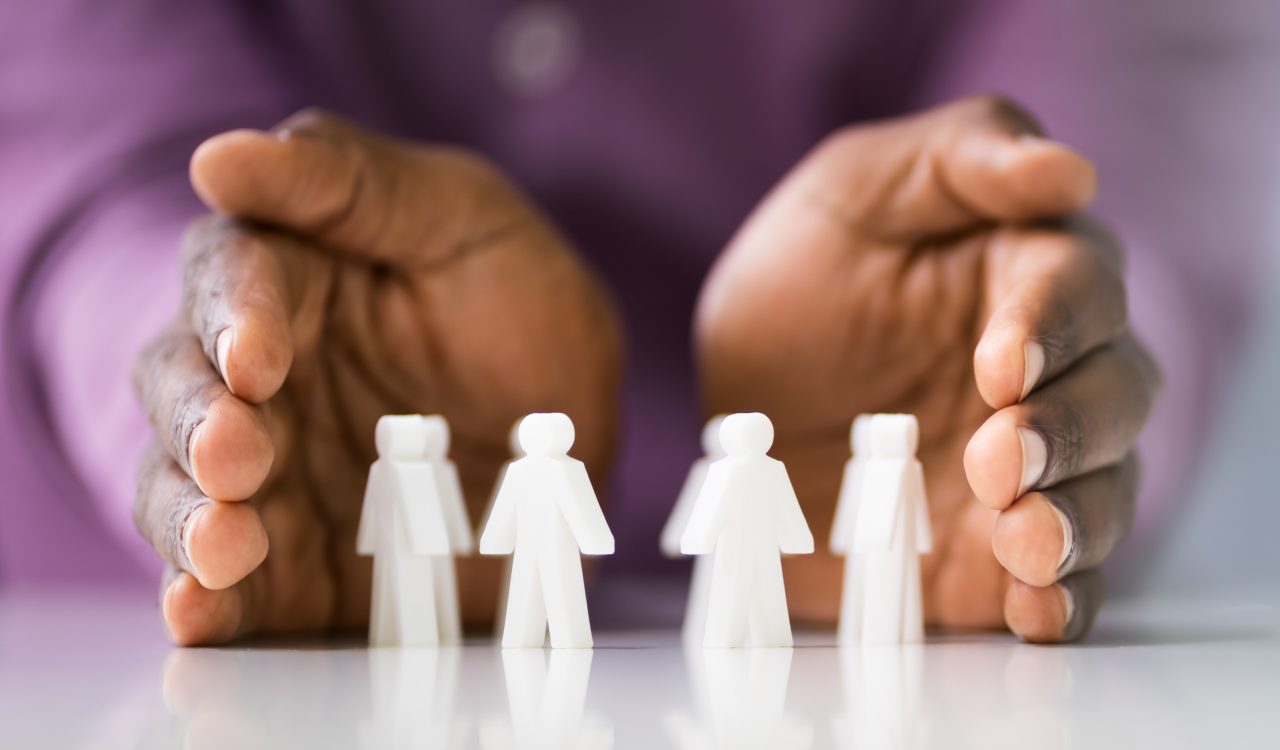 “…But if thought corrupts language, language can also corrupt thought. A bad usage can spread by tradition and imitation even among people who should and do know better”. George Orwell.

Social media dwellers, self-proclaimed gurus, influencers and therapists take the inherent murkiness of psychological and psychiatric constructs as an unspoken license for laxity in language. After all, if the central concepts are themselves ambiguous, the reasoning goes, accuracy in language may not be essential.

It is actually the opposite: the inherent vagueness of many concepts renders it all the more imperative that we insist on rigor in our writing and thinking to avoid misunderstandings and misuse of terms. The more negative labels we use, speak, write or even think, the less engaged the frontal lobe of the brain is, meaning the less likely the motor cortex is working, which leads to less motivation to take action. The wounded mentality cycle continues, and the harder it is to tear away from our screens.

I have compiled a list of terms that in recent times have become fashionable. Their liberal misuse has lead to a language-lazy culture that is obsessed with navel gazing, amateur diagnoses and labels. Don’t be one of the suckers who uses these words out of place. It is literally bad for your brain.

The term “trigger warning”, defined as a declaration that cautions a negative emotional response to potentially stressful stimuli, began for the benefit of people with post-traumatic stress disorder, aka PTSD. Recently, the term has blown out in popular culture. A survey found that half of professors have used trigger warnings in their classroom, and some colleges are introducing policies necessitating trigger warnings.

So, what does the evidence suggest about the effectiveness of trigger warnings?

In the paper with the sharp title Trigger warning: Empirical evidence ahead, Benjamin Bellet and his colleagues found that trigger warnings may unintentionally undermine resilience.

The results of approximately a dozen studies, published between 2018 and 2021, are exceptionally consistent and contrast wildly from the popular narrative: that the presence of trigger warnings do not seem to reduce negative reactions to disturbing material in students, trauma survivors, or those diagnosed with PTSD. Some studies actually propose that the opposite may be true, with those who received trigger warnings reporting greater anxiety in response to disturbing literary passages than those who did not.

Two studies discovered that individuals receiving trigger warnings experienced additional distress than those who did not.

Social media is overflowing in reports of detecting “genes for” a myriad of phenotypes, including personality traits, mental illnesses, and even political attitudes. For example, in 2010, a The Telegraph headline read ‘Liberal gene’ discovered by scientists. Nevertheless, as far as we know, genes code for proteins; there are no “genes for” phenotypes, or personal traits, such as these. Moreover, genome-wide association studies of psychiatric disorders, such as schizophrenia and bipolar disorder, suggest that there are probably few or no genes of major effect. Therefore, these disorders are unlike single-gene medical disorders, such as Huntington’s disease or cystic fibrosis. The same conclusion holds for all personality traits, according to the current research.

I remember in first-year university, my professor with mismatched socks telling us that “chemical imbalance” is one of the biggest lies of the century. With the success of direct-to-consumer marketing campaigns by drug companies, the notion that major depression and associated disorders are caused by a “chemical imbalance” of neurotransmitters has become a truism in the eyes of the public. One prominent psychiatrist even named it an urban legend. There is no known “optimal” level of neurotransmitters in the brain, so it is unclear what would constitute an “imbalance”. Nor is there evidence for an optimal ratio among neurotransmitter levels. Moreover, although serotonin re-uptake inhibitors such as fluoxetine (Prozac) and sertraline (Zoloft), seem to alleviate the symptoms of severe depression, there is evidence that at least one serotonin re-uptake enhancer, namely tianeptine, is also effective for depression. Two effective classes of medications exerting opposing effects on serotonin levels? Common sense raises an eyebrow at the perpetuation of the overly simplistic model of chemical imbalance.

The term “hard-wired” became immensely popular in social media accounts and even in academic writings in reference to human psychological capacities that are presumed to be partially innate, such as religion, cognitive biases, prejudice, or aggression. Growing data on neural plasticity suggests that, with the exclusion of inborn reflexes, remarkably few capacities in humans are genuinely hard-wired. That is, inflexible in their behaviural expression. Furthermore, essentially all psychological capacities, including emotions and language, have been demonstrated to be modifiable by environmental experiences.

Closure is a term used in Gestalt psychology, and refers to the illusion of seeing an incomplete stimulus as though it were whole. Thus, one unconsciously tends to complete or close a triangle or a square that has a gap in one of its sides.

This term has since been misappropriated by populist therapists, psychologists and social commentators to describe the purported experience of emotional resolution experienced by victims of trauma following an event of symbolic importance.

Nevertheless this use of the term “closure” is terribly vague, as it is rarely, if ever clear when trauma sufferers have achieved their desired emotional end-state. Nor is there research to support the proposition that many or most trauma sufferers experience this end-state after events of symbolic significance.

Many have petitioned the term “neurocognition” to refer to cognition, especially when used within a biological framework. However, because all cognition is necessarily neural at some level, the simpler term “cognition” will suffice. In fairness, “neurocognition” is merely one among dozens of terms preceded by the prefix “neuro” that have become trendy, including neuroeducation, neuroesthetics and neurosexology. As one psychologist puts it, “unable to persuade others about your viewpoint? Take a Neuro-prefix – influence grows or your money back”.

Baby boomers, Gen Yers, millennials: all narcissists! Add these to the list: parents, childfree by choice, vegans, meat eaters, flat earthers, city dwellers, tiny housers, people who travel a lot, people who refuse to travel, writers who use the first person. In practice, any behavior you don’t like can be dismissed as an abrasively, dangerously self-centred, three-syllable word that has a way of making even an imbecile feel like he’s saying something intellectual.

Narcissistic personality disorder, even with its vague or questionable classification, only constitutes between 0.5 and 1 percent of the population. And only a mental health professional is able to diagnose someone with this condition, something that requires a lengthy evaluation. Calling someone “narcissistic” or accusing them of “gaslighting” in the heat of the moment weaponizes the term and immediately gags the other person. It has become a way to prevent communication.

It has nothing to do with removing taboos or stigmas around mental health issues and everything to do with preserving the attentiveness of the internet audience. Ask yourself this: does the person who runs an account that involves post after self-focused post seem like a good source for providing warnings about narcissism?

This term does not appear in the current version of the American Psychiatric Association’s Diagnostic and Statistical Manual. Some internet therapists have been pairing discussions around sociopathy with ominous music and styling similar to a horror movie, which looks awfully stigmatizing, manipulative and only sensationalists the issue.

The new favourite buzzword is toxic. It seems like a sweeping generalization to classify anything that offends or makes someone uncomfortable. But constantly labelling something as toxic just because it causes someone discomfort cannot be good.

Now professionals and lay people alike generate endless self-help and pop psychology content about how toxic people lurk in job interviews, family of in-laws, or prospective dates. Like many colloquial terms portraying psychological phenomena, toxicity is ambiguous. Toxic people can be bullies or victims, too involved or too detached, too negative or too positive. Although alluring, this kind of absolute labelling is problematic. The entire premise is based on dubious science traced to the category of personality disorders and elicits unconstructive, defeatist behaviour from people on both sides of conflict.

So what is going on, then?

Personality pathology, though treated as legitimate in mainstream dialogue, is fiercely debated by actual clinicians. So, if narcissist, sociopath and other terms aren’t established scientific classifications, what do we know about people with difficult personalities? In general, people are malleable, and variations in context and experience can elicit highly varied behaviour.

Survivors of harm should narrate that harm however they need in order to heal. However, relinquishing villain/victim frameworks can be hugely transformative. Emotional distress may momentarily reduce when we attribute our pain to the other party’s fixed and malignant pathology. But people who are in distress can experience more command, creativity, and agency in difficult situations by avoiding categorical assertions about other people’s psychology.

My advice is to keep positive and optimistic words in your mind. Frontal lobe activity is stimulated, and the language centers that directly connect to the motor cortex responsible for moving you into action get some blood flow. The longer one concentrates on positive words, the more you begin to affect other areas of the brain. Maybe that is a better and more positive path, and better yet, with no course or counsellor fees or subscriptions to pay for, it’s free.

Why we need sex education in the Middle East 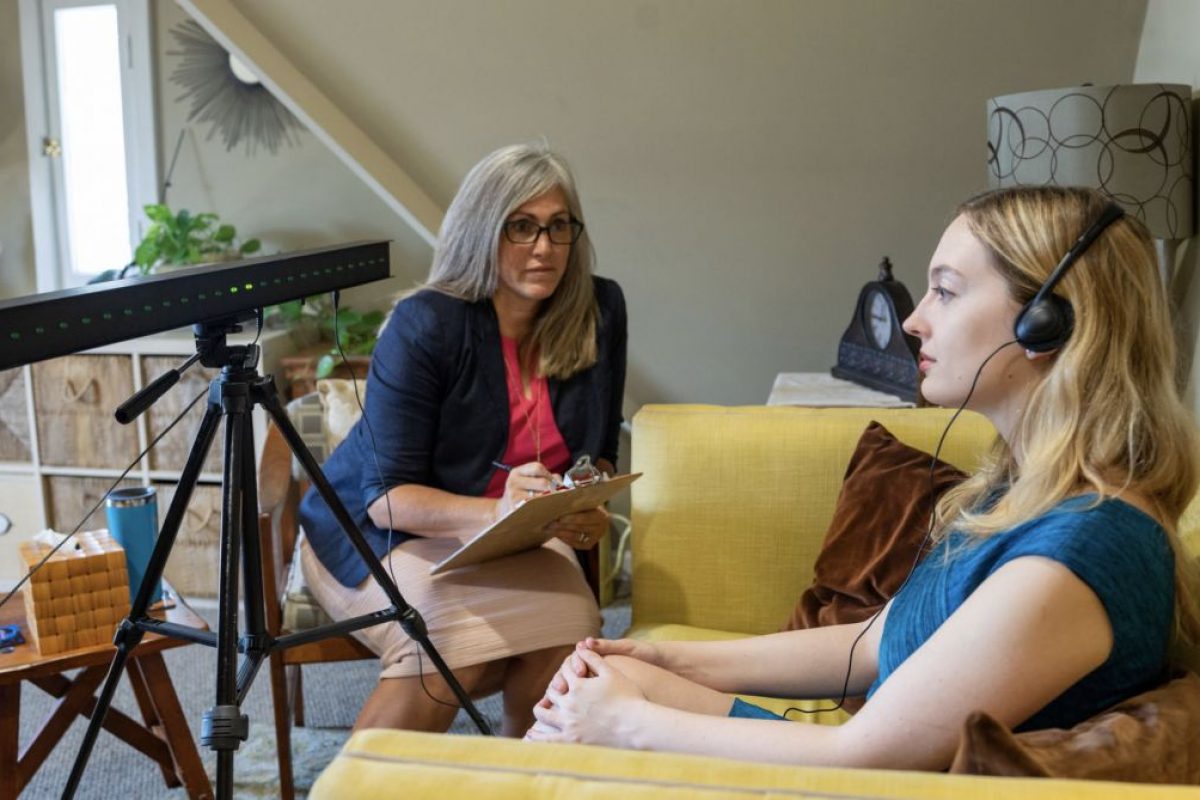 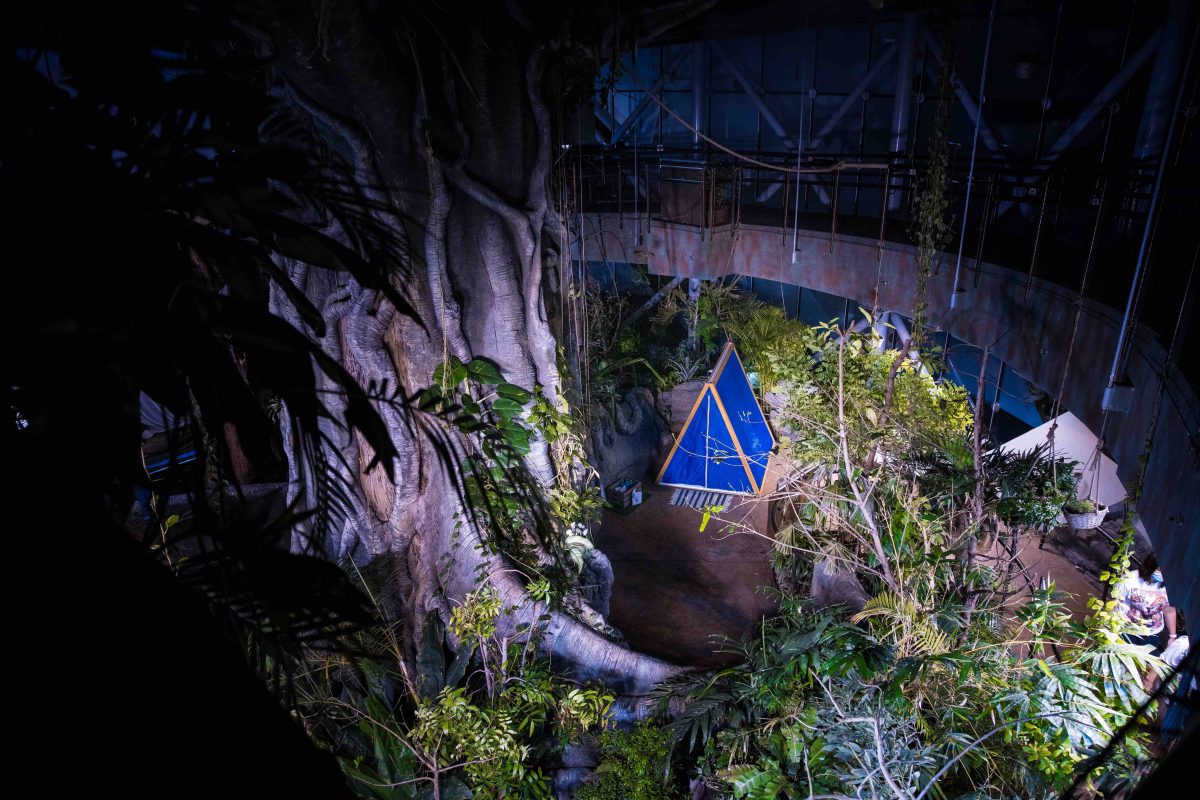 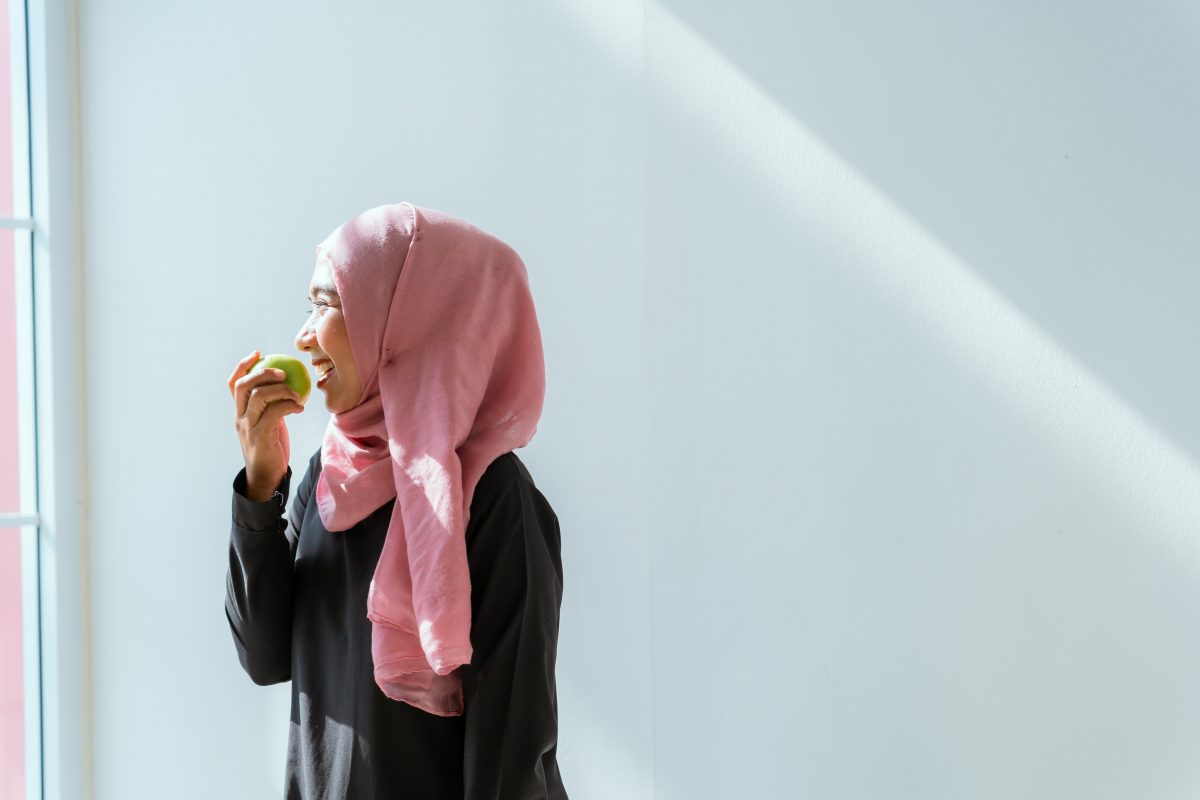