Menu
Tony Robbins’ Date With Destiny, which is affectionately referred to as DWD by fans, started 30 years ago in Robbins’ living room with a few dozen people and has grown to draw 5,000 people. 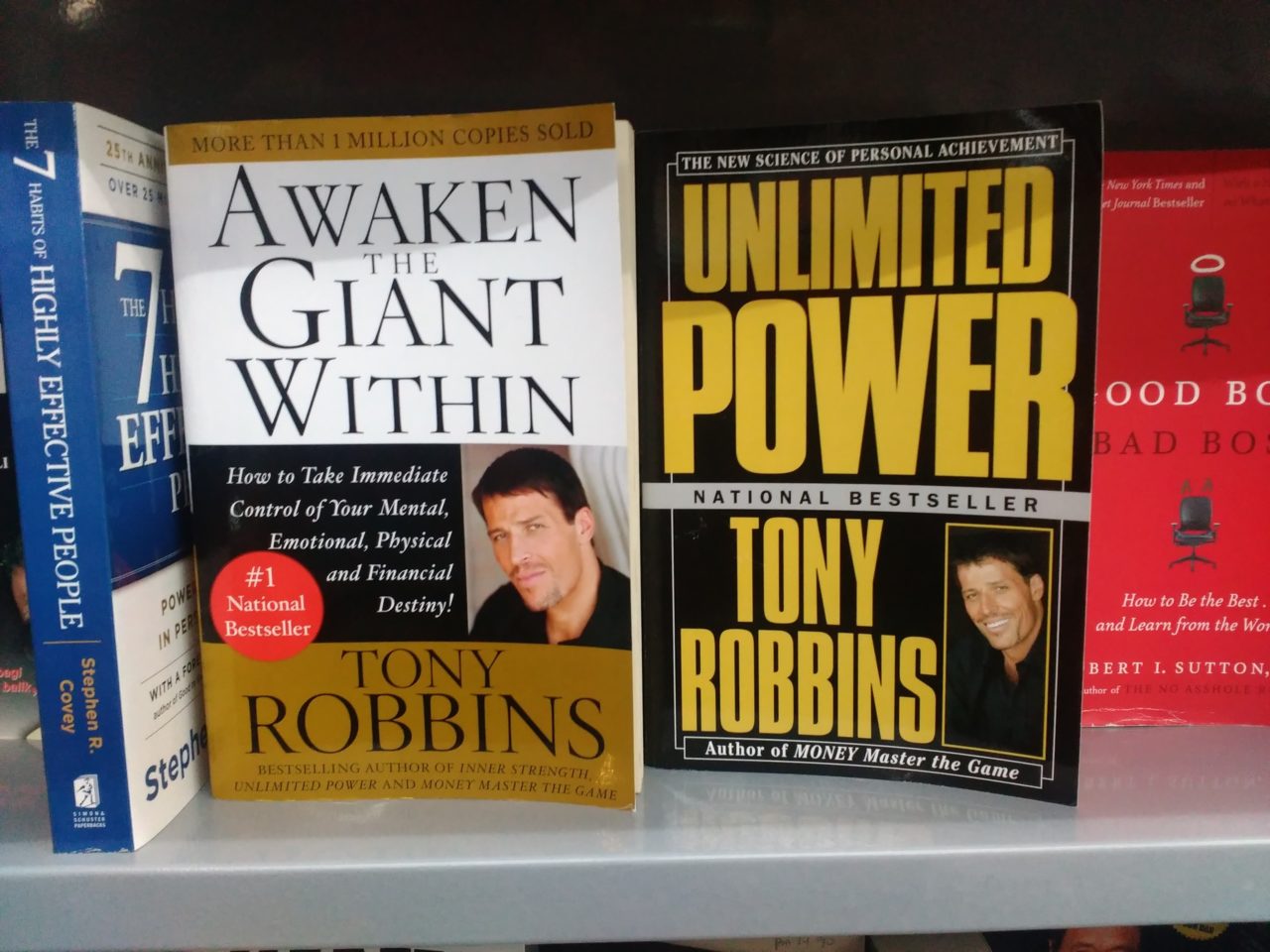 Whether or not you attended the Tony Robbins LIVE event on September 3 at Dubai’s new Coca-Cola Arena, it’s still worth checking out the piece Phairis Sajan wrote for livehealthy.ae in 2018 about her deep dive into Robbins world last year. The mom of two spent more than Dh18,000 to attend his six-day Date with Destiny in Florida — and left with some important things to say.

Even for Tony Robbins, even for the legendary Date with Destiny, I find the queue to register extraordinary long.

Yet no one minded. It’s unusual to have so many people waiting for something, even those boarding a plane bound for a fantastic holiday destination, to be in such great spirits. Everyone in the crowd was talking to the people behind them, in front of them and sharing personal stories mere moments after saying hello. And so it was. A camaraderie right from the start.

This past December marked a special anniversary for Tony Robbins’s Date With Destiny, which is affectionately referred to as DWD by fans. What started 30 years ago in Robbins’s living room at Del Mar Castle near San Diego, with a few dozen people, has grown exponentially. For this latest DWD, 5,000 people gathered at a convention center in West Palm Beach, Florida.

Robbins, of course, is perhaps the world’s best-known life coach and business strategist. He’s a big, burly man with a deep, gravelly voice. He’s written more than a dozen books. He’s coached the likes of Nelson Mandela, Princess Diana and Bill Clinton, and millions of regular folks along the way. He was also just in Dubai, speaking at the World Government Summit.

At six days, DWD is the lengthiest event Robbins leads. Six incredibly long days: 14 to 16 hours each, with very few meal or toilet breaks in a room set to a temperature rivaling Reykjavik in December. It’s so cold people wear winter coats and mittens.

That is, until they start dancing.

Dancing? Yes, dancing. A lot of dancing. I had read this online before going and I was still surprised at the amount of dancing we did – and at all times of the day and night. Movement keeps energy levels up. Robbins wants the energy level to remain high and the temperature in the room low, to keep minds sharp. So people learn more. Absorb more.

Day One is preparation day. Preparing for the new, more fabulous, you. Because every person there wants to live a better life, to be a better person. Robbins spends hours on this first day talking about connecting with your ultimate purpose and igniting your passion to achieve the ultimate vision of your life, career, finances, health and relationships. We’re talking big stuff here. And still, there are five more days: evaluation, discovery, relationship, transformation and integration.

Each day involves written exercises. These are ways to tackle a variety of issues. Among them is effective blaming, which is addressing an event or person in your past you believe messed up your life; identifying your old primary question – what you consistently focus on in life – and writing a new primary question, with a positive, empowering intent.

Some of these exercises finish with sharing what you’ve written with your buddy. That’s right, even if you attend DWD with a friend, spouse or a family member, from the outset you’re encouraged to pair up with someone you don’t know. For the next five days you sit with that person, sharing intimate details, hugs and even massages.

“Give five perfect hugs to five people near you,” Robbins would instruct us. “Then massage the person in front of you.”

That was as weird as it sounds.

There were other things I found unusual, sometimes even uncomfortable, over the course.

There are many people who wanted to share with Robbins – and the rest of the audience – their most intimate stories, feelings or experiences. Robbins would ask for volunteers and dozens or more would stand up. When he chose just a few, a microphone and the cameramen would sweep in to capture them for the large video screens scattered around the room.

These folks ended up becoming mini-celebrities. Robbins would reference them, sometimes days later, and the cameras would find them in the crowd. Perhaps that’s why they wanted to speak, to be seen, to be hugged and slapped on the back by other audience members.

Or maybe it was to be seen and heard by Robbins, their guru. Because even though the Netflix documentary he sanctioned is called I Am Not Your Guru, to most people who attend his events, he is.

Whatever their reason for volunteering to share, it could – and did at least once – backfire. On relationship day, for example, Robbins had asked for a show of hands from people whose marriage was on the verge of collapse. He wanted a couple, both parties, to stand up.

But one of the women who volunteered was on her own. When Robbins questioned her, she explained that her husband was supposed to attend but backed out at the last minute. Robbins was clearly irked.

And when the woman took the microphone and started telling her story of emotional abuse – by the husband who did not accompany her – Robbins swiftly shut her down. He proceeded to lambast her for the next 30 minutes, all as she stood alone in a sea of 5,000 people.

After she said “my husband is verbally violent,” Robbins called her a liar. He went on to say the language we use today is what’s wrong with society, with several references to the #metoo movement. (Robbins apologized last year after a video of another such audience exchange – one where a sexual-abuse survivor called him out for comments he had made about the #metoo movement – leaked out from one of his events. That might be why this time his staffers were patrolling the aisles, making sure none of us were filming).

It was all, to me, too harsh and too quick a judgement. Robbins clearly wanted to make a point, that if this woman could reframe the language she uses to describe her relationship, then her relationship might very well change. She was left crying and although his staff attended to her later, I heard that she was left incredibly upset by the exchange. I felt sorry for her the entire time, and angry, too. There was some other stuff on relationship day that didn’t make much sense to me: Robbins asked women to stand and dance so the men there could watch and admire them. There was a lengthy back-and-forth with the men recreating a famous chest-thumping scene from Braveheart.

So why did I go to this thing? I wanted better relationships with everyone in my life, including and especially, my husband. And I was at a crossroads. The kids are getting older, they don’t need me as much, and my identity as wife and mother is no longer enough. I wanted to find new purpose, something that will give my life renewed meaning. In the end, what everyone else wants to know is: was my Date with Destiny worth the almost US$5,000 (Dh18,362) price tag?

Yes. Unequivocally. That’s because so many things are better already. My relationship with my husband, who did not attend, for starters. It’s warmer, closer, more emotionally intimate. I’m paying attention to what Robbins calls “the Masculine 3 Cs” – feeling criticized, closed and controlled. These, for men, shut down their ability to be intimate.

He says instead of criticizing, admire and appreciate more. Instead of closing off, be more open and playful. And instead of controlling, love and give freedom.

We women have needs too, the feminine side, which Robbins refers to as 3 U’s. The first is feeling unseen, which men can address by giving us their attention.

The second is not feeling understood, which can be addressed by providing real presence. The third is feeling unsafe and unable to trust. Men can address this by reassuring us.

There is one caveat to all of this marital advice, and that is that each partner do it “all the time.”

It’s all very simplified, but with Robbins walking us through examples and volunteer case studies from the audience driving home the point, it resonated with me.

Since getting home, I’ve been able to implement significant and positive change with my husband. Another change is that I’m eating better and exercising more. DWD is about being the best you. I realized I can’t be the best me if I’m not taking care of myself, not putting my own oxygen mask on first, so I can be there for my husband, my children and myself. As a result, I’m feeling fantastic physically. Stronger, with more energy. And as a result my husband and my kids are eating healthier as well.

Finally, I feel more confident. I’ve always had a voice in my head telling me I’m not good enough, fast enough, smart enough or funny enough. Blah blah blah. Now, thanks to what I learned at Date With Destiny, I can switch off that voice by thinking about what I am grateful for at any given moment. Doing this changes my whole emotional state, my frame of mind, in an instant.

I have a notebook filled with great Robbins quotes from the week. These are my favorites:

“Decide to live in a beautiful state (of mind) – every day.”

“Stretch yourself. Learn. Grow. Because progress is happiness.”

“Change your story (the narrative in your mind), change your life.”

“We all should value a worthy opponent. That person will push us to grow.”

“Confusion means you are on the verge of learning something.”

“Chasing significance will not lead to fulfillment.”

For many people I spoke to, the week was even more life-changing. They used the word “transformational.” The flight home was like being on the bus in high school, leaving a basketball tournament as the jubilant winners. The energy, even after six emotionally and physically demanding days, was palpable.

One couple told me that they were just wrapping up their first year as “Platinum Members” — or “Plats” as they call themselves. It costs $75,000 for a Platinum membership, which allows, for one year, unlimited access to Tony Robbins events anywhere in the world and three adventures in some of the most exotic places on the planet, including Abu Dhabi and Dubai, and sometimes even with the big man himself. Expensive as heck, yes, but the networking alone with such a serious group of devotees, who are likely wealthy and successful, is obviously worth it to some.

But for me it was enough to share six days with thousands of strangers. Who, at the end of it all, couldn’t wait to tell each other how much they’d learned about themselves, how unburdened they felt letting negative thought patterns go, and how they couldn’t wait to get home to their new destiny. “Their new destiny.” Who even talks like that? After DWD, pretty much everyone – including me.

And what’s wrong with wanting to design a life of your dreams, anyway? Actually, I will reframe that question (something else you learn to do at DWD).

What’s right with designing your destiny? Everything, that’s what.

Addicted to traveling with her husband and two daughters, Phairis has visited more than 20 countries while in the UAE, including stays in Myanmar, Laos and Romania. Phairis started the Extra Bag Community on Facebook to encourage people to research whatever donations are needed at their destination, whether it is clothing or school supplies, and then find a place to distribute them upon arrival.