Menu
Very little is known about the Christian community that settled on Sir Bani Yas Island off the coast of Abu Dhabi in the 7th century, co-existing for a century or more with their Muslim neighbors even as Islam spread across the entire Arabian peninsula. But following the opening to the public in June of the archaeological site of the community’s church and monastery it is clear that in this, the UAE’s Year of Tolerance, the... 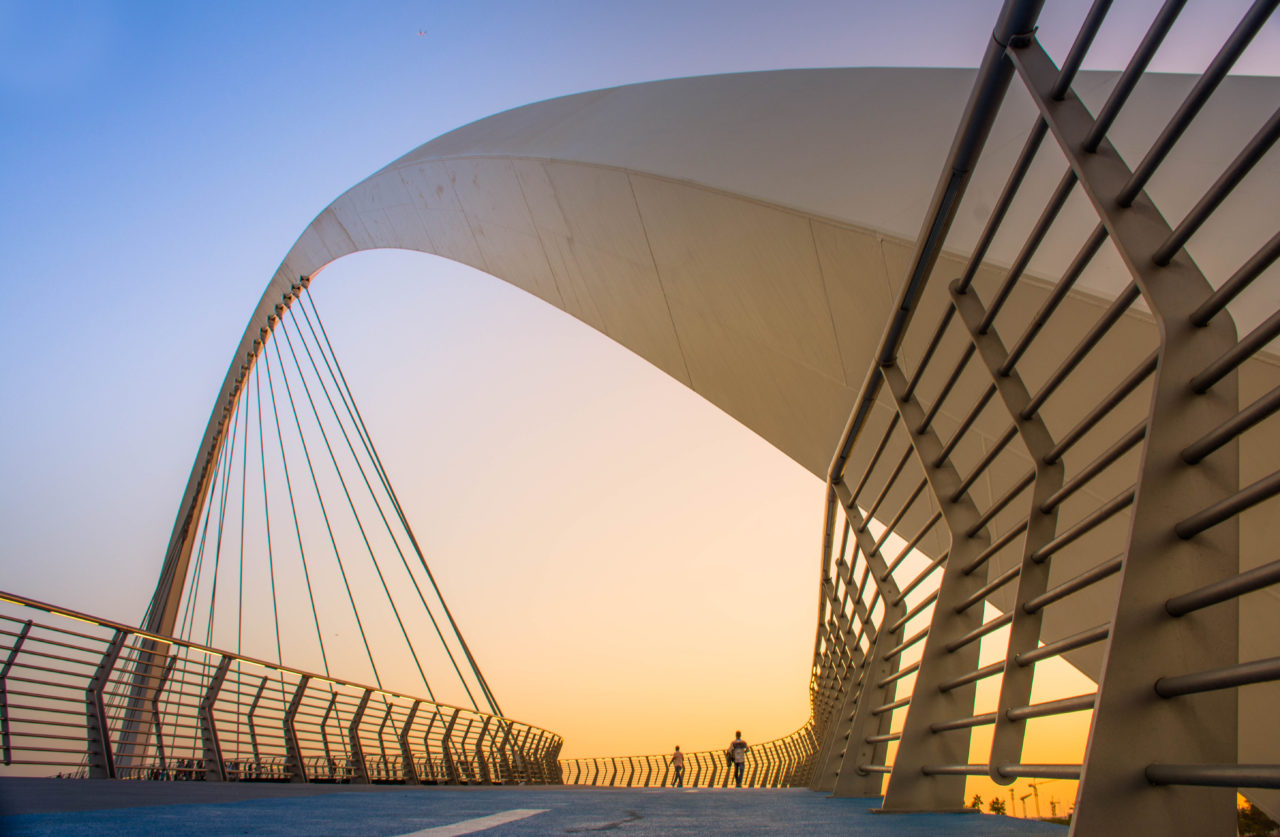 Very little is known about the Christian community that settled on Sir Bani Yas Island off the coast of Abu Dhabi in the 7th century, co-existing for a century or more with their Muslim neighbors even as Islam spread across the entire Arabian peninsula.

But following the opening to the public in June of the archaeological site of the community’s church and monastery it is clear that in this, the UAE’s Year of Tolerance, the 1,400-year-old remains should be regarded not as ruins, but as the symbolic foundations of an extraordinary 21st century experiment in interfaith harmony.

Tolerance has, of course, always been the watchword of the UAE, a nation that since ancient times has been at the crossroads of trade and today is home to more than 200 nationalities who live, work and worship side by side in harmony.

All faiths are not only tolerated but also encouraged here – alongside the many mosques stand more than 40 churches, a Sikh gurdwara, two Hindu shrines and a synagogue – and always have been. The original St Joseph’s church was built in Abu Dhabi in 1963 on land given by Sheikh Shakbut. It was demolished in 1983 and replaced by the present church, built on land in Al Mushrif granted by Sheikh Zayed.

Religious tolerance has been such a part of life in the UAE for so long that it has been easy to take it for granted. Indeed, on Sunday the state finally got round to formalizing a relationship that has happily proceeded on an informal basis for decades; more than 18 non-Muslim places of worship were granted official legal status and the formal protection of the state.

The move was “a remarkable step”, said Pujya Brahmavihari Swami, head priest of the UAE’s first Hindu temple, and “a great signal to the world that the way forward for humanity is global inclusiveness”.

Now, said Bishoy Salib of St Anthony’s Coptic Orthodox Church in Abu Dhabi, “We are harvesting the fruits [of tolerance and acceptance] cultivated by Sheikh Zayed. We have always been recognised in heart but now it is also on paper.”

What the Year of Tolerance has done is not only to throw a spotlight on the remarkable strand of mutual respect that is woven into the very DNA of the UAE, but also to offer it up as an example to others in a world never more badly in need of human compassion and inter-faith understanding.

When Pope Francis made his unprecedented three-day visit to the UAE in February, the first to the Gulf by a pontiff, it was his prayer upon his return to Rome that the seeds of tolerance being sown here “may bring forth fruits of peace.”

His prayer is, it seems, being answered. The logo of the Year of Tolerance is the humble Ghaf tree. The national tree of the UAE was chosen, in the words of Sheikh Mohammed bin Rashid, ruler of Dubai, because for countless generations it has been “a source of life and symbol of stability in the middle of the desert.”

Now from that seemingly infertile desert has sprung a life-affirming movement devoted to celebrating and promoting the essential commonality of humankind.

Together with Dr Ahmed Al Tayeb, the Grand Imam of Al Azhar, while in Abu Dhabi the Pope signed the Document on Human Fraternity for World Peace and Living Together, a proclamation intended as “an invitation to reconciliation and fraternity among all believers.”

It opened with a simple statement that could well serve as the UAE’s motto: “Faith leads a believer to see in the other a brother or sister to be supported and loved.”

In the wake of the Pope’s visit the UAE founded the Higher Committee of Human Fraternity, charged with promoting the aims of the historic document, and it is fair to say the committee has been busy.

Last week in New York, on the eve of the UN General Assembly, plans were unveiled for the Abrahamic Family House, a faith campus to be built on Saadiyat Island housing a mosque, a church and a synagogue around a central garden.

It is no coincidence that this striking testament to peace and understanding is to be built close to the Louvre Abu Dhabi, home to treasures reflecting the best of humanity from a wide range of cultures and epochs, and the Zayed National Museum, which will tell the story of the UAE’s journey from the ancient past to the present day.

“In a world that is ever so connected, in reality we have become disconnected,” said Mohamed Khalifa Al Mubarak, chairman of the UAE’s Department of Culture and Tourism and a member of the higher committee, at the unveiling of the plans.

“Projects and initiatives like the Abrahamic Family House – and there will be many to come in the future that the council will invoke – will bring people together.”

On Saadiyat Island, he added, “we are creating a place where people can practice their religion freely and learn from each other.”

The message of acceptance of all faiths was meant not only for the citizens of the UAE and the region but also for “the millions of tourists who come to Abu Dhabi. They will see that message of love and hope.”

That message has been amplified in the words of religious leaders in the UAE and disseminated on YouTube and across social media in a video produced by the national Year of Tolerance committee.

Tolerance, says one, “unifies human beings and their communities with strong bonds based on mutual respect, co-existence and fair treatment, regardless of their beliefs and ethnicities.”

The Year of Tolerance, says another, “is an invitation to all of us, to live out our faith not just in belief and doctrine, but in action – to reap what we sow, to do good unto others.”

What is being forged in the UAE, adds a third, “is the best kind of family reunion,” and a humbling opportunity: “Let us not waste the opportunity and let the moment pass.”

The quotes come from holy men of the three Abrahamic faiths whose houses will stand side by side on Saadiyat: Sheikh Saif Alharthi, Reverend Andrew Thompson and Rabbi Yehuda Sarna.

In the spirit of the Year of Tolerance and the remarkable events that it has inspired, quite who said what is irrelevant, for these are the words of pure faith, spoken with one voice in praise of an initiative that has the power to change perceptions and minds around the world.

5 things to do to ease yourself back to the gym