Menu
A strong immune system is key to overcoming Covid-19 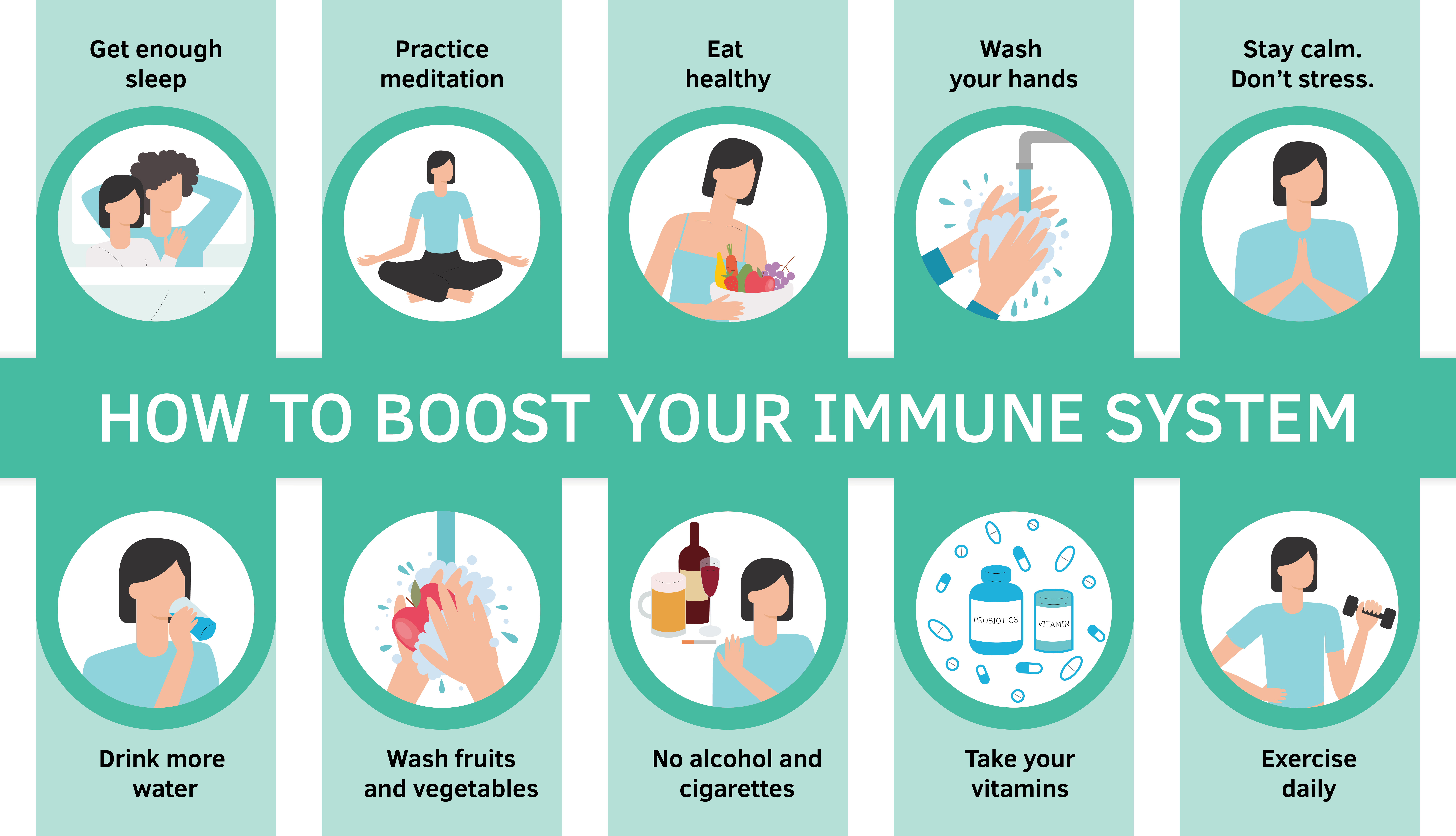 One of the most important elements in battling Covid-19 is an efficient immune system. Dr Nasr Al Jafari, a specialist in functional medicine and director of the DNA Health and Wellness Clinic in Dubai says the pandemic has produced “ a paradigm shift” in how people perceive their health.

“It’s not good enough to not be ill. You need to be in optimal health,” he says.

In a recent episode of The Livehealthy.ae Podcast, Dr Al Jafari tells Livehealthy.ae how to make sure your immune system is working at peak performance – and debunks a few health myths.

Where in the body is our immune system, exactly?

A significant proportion of your immune system is in your gut – it’s one of our major interfaces with the external environment. All our body passages and cavities –the digestive, respiratory and genito-urinary tracts – are lined with mucosa, a membrane that connects them with the exterior.

You’ve probably heard the term, ‘leaky gut’. Simply put, if you have the wrong bacteria in there, which are not able to regulate your system and at the same time, the protective mucosa is disrupted leading to increased exposure to foreign proteins, your immune system starts to attack. This just increases the inflammatory load on the immune system. It becomes dysregulated and this is one of the root causes of auto-immunity.

Why are there so many auto-immune conditions now?

We’re living in a hygiene bubble that isn’t allowing the immune system to train itself. A large part of it goes back to when we’re very young and our immune and neurological systems are developing. There’s an argument that the vaccine schedule [for babies] is training the immune system in a particular way and this is potentially leading to dysregulation later in life. We have a much denser vaccine schedule than we had even a generation ago. Also, our nutrition is poorer, there are higher levels of stress – it’s a whole range of things.

What I do know is that if you’re told you have auto-immunity and you’ll have it for the rest of your life and all we can do is is manage the symptoms, that’s not true. People are able to manage it. Yes, they will always have that predisposition and it takes a lot of will power and discipline and change in lifestyle, but it is very achievable.

What do you mean by the hygiene bubble?

A few generations ago we were living mainly outside surrounded by dirt and animals. We probably indirectly consumed faeces and soil. This is how we evolved to live and it actually forms the development of how our immune system regulates itself from a young age.

Now you have children born in the sterility of a hospital, often via C-section, often needing alternative forms of feeding, all leading to an immune system which isn’t as it should be and it’s leaving people exposed to infections the immune system hasn’t been trained to deal with, and potentially to conditions like cancer later in life. While there are a multitude of conditions that can lead to cancer, it is also an immune system issue.

All this has been amplified recently with all the anti-Covid measures such as hand-washing and using sanitizers. There’s a dark side to all this; we’re washing away a lot of natural bacteria which we should ingest. We’re social distancing, which stops the transmission of Covid but we’re missing out on that physical contact which, as has been demonstrated in studies, has a negative impact on the immune system. We are designed to be in groups and communities.

Should we be getting dirty more?

It makes sense. Some studies have compared the microbiome [the collection of microorganisms that naturally live in our bodies] of societies living a more traditional lifestyle versus those living a more sterile lifestyle. There is reduced diversity in the microbiome of those living in a sterile environment. We also know from observation that your health does seem to correlate with the diversity of your microbiome.

How can we boost the diversity of our microbiome?

Improved nutrition. Try to eat wholefoods, a more plant-based diet and no GMO (genetically-modified) foods. Don’t neglect the other lifestyle factors such as stress and sleep, which not only affect the quality of your microbiome but also the permeability – the leakiness – of your gut.

Don’t under-exercise or over-exercise. Don’t go from doing nothing straight to doing six HIIT sessions a week, as that will probably have a far more detrimental effect on your immune system. Just do some exercise regularly.

Go outside in nature. Don’t worry about your kids putting things in their mouths. People have done that for generations with no issues whatsoever.

What about vitamin D for the immune system?

Vitamin D was not really spoken of much until about 15 years ago and then it was considered a bit trendy. But there are plenty of studies now that link levels of vitamin D and chronic diseases and premature mortality. During Covid there’s been a view that people from the black and minority ethnic (BME) groups were being taken down disproportionately and one of the theories was that it was because of low vitamin  D levels.

The best source of vitamin D is UV light – sunlight – and while most of my patients, if not all of them, are on vitamin D  supplements, they’re not a substitute for being exposed to UV light. It’s ironic that even though we get a lot of sun here, we don’t get the exposure to sunlight because it’s too hot to go outside. There are some people genetically who just aren’t able to metabolize vitamin D and I do think it’s something that should be tracked under the supervision of a physician. While it’s difficult to get to toxic levels, I have seen people who have gone off the scale.

Should we not wear sunscreen to increase our intake of vitamin D?

We used to wander around the planet with no clothes on, so looking at the range of effects UV light has on us from a health perspective, vitamin D is only one aspect.

It‘s interesting how skin cancers have gone through the roof since we started using sunscreen. Sunblock and sunscreen block out UVB, which is the beneficial sunlight, but less so UVA, the cancer-forming kind, although some sunscreens are better than others.

A hundred years ago, patients in hospital with infectious diseases used to be wheeled out into the sun by the sea, so there’s nothing new about these practices. We’re just applying the science.

Vaccines put a load on the immune system so the body needs to be in a good state.

The same things that will keep you safe from Covid-19 are the same things we tell people will protect them from cardio-vascular disease and reduce their chances of getting cancer or diabetes.

It’s about balance. People like to over-complicate it. On paper it’s pretty simple. The more difficult part is putting it into practice.

Dr Nasr Al Jafari was a guest on the Livehealthy.ae podcast on September 9

Spreading empathy in a corporate world

How to live better even with arthritis