Menu
A new meta-analysis found taking Omega-3 won’t prevent against heart disease - so should you still take it? 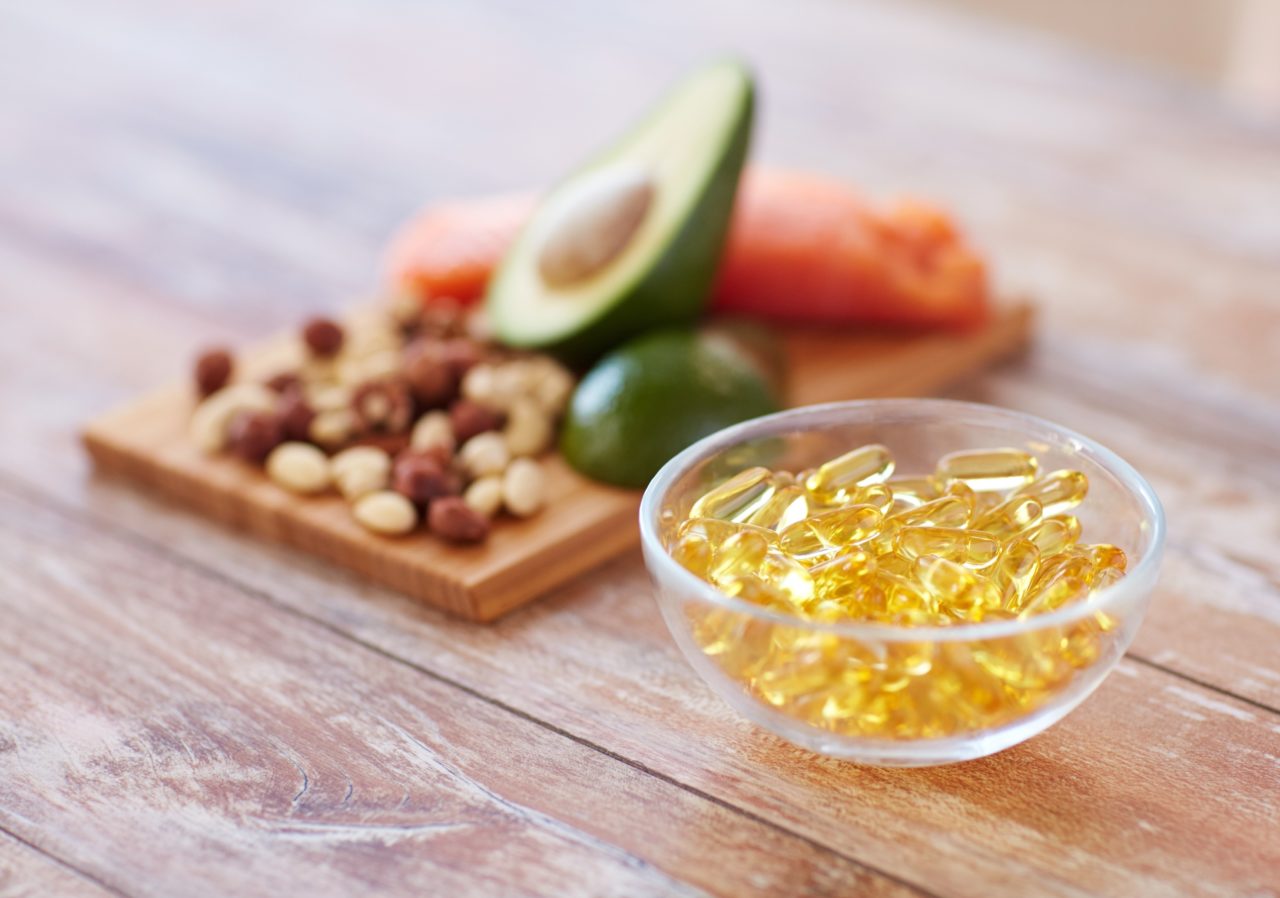 “There’s been something fishy about this fish-oil business for a while now, actually,” says Dr Nahed Fouad Ghobrial, a family doctor at Salama Hospital in Abu Dhabi. “And people are beginning to catch on.”

Just when we thought we had found a viable, reliable, effective supplement, our hopes of arming ourselves with good health have been dashed – or have they?

A systematic review of evidence on Omega-3 supplements – also known as fish oil – has challenged the previously widespread belief that this particular capsule can reduce the risk of and prevent against heart disease and strokes.

This review, led by the University of East Anglia in the UK and published this summer, involved an analysis of 79 randomized trials, done over 10 years, four continents and involving more than 112,000 participants.

The results? Omega-3 supplements have no effect whatsoever on cardiovascular health.

The work was published in the Cochrane Library, a global independent health-research network. Cochrane lead author, Dr. Lee Hooper from the University of East Anglia, had this to say about the results: “We can be confident in the findings of this review, which go against the popular belief that long-chain Omega-3 supplements protect the heart. [These supplements] do not benefit heart health, or reduce our risk of stroke or death from any cause.”

So not only does the amber-coloured capsule people have been taking daily not protect them from heart attacks and strokes, the findings call into question previous claims that two servings of fish a week can help prevent heart disease.

Aside from heart health, these Omega-3 fatty acids – EPH and DPA – have been found to be beneficial to health in a number of ways. Primarily, they act as anti-inflammatories, meaning they reduce inflammation in the body. They also strengthen the body’s immune system more broadly and have also been shown to play a very important role in the development and regulation of the central nervous system.

Dr. Gehad Al Gergawy, a cardiovascular doctor at the German Heart Centre in Dubai, isn’t convinced by the Cochrane review. He believes it didn’t account for one very important variable.

The participants would have been “consuming vastly different diets,” he noted, and that’s important because supplements are more likely to have an impact in people who are getting little to no Omega-3 in their diets.

He says that because studies combined in meta-analyses tend to be heterogeneous, the findings aren’t as strong as a single large study would be.

“The study was over 10 years, which is relatively short and it would therefore be hard to see a difference in endpoints such as heart attack, stroke and death,” he says. “I think the jury is still out in terms of long-term benefits.”

And so the news from Cochrane has had no impact on what Dr. Al Gergawy tells his patients: If they don’t eat fish one to two times per week, then take the daily supplement. He also advocates getting fish oil through food rather than a supplement.

“I still tell my patients that, sure, take the supplement if you need it, but it’s still better to include oily fish in your diet,” says Dr. Al Gergawy. “You’re also getting a protein source that replaces something else in your diet like saturated fat, plus seafood has selenium, iron and vitamin D. All of these are essential nutrients.”

And, it’s not always about heart disease

“Patients ask me if they should be taking a fish-oil supplement because they’ve heard their friend is taking it, or because it is popular now to take vitamins and supplements,” says Dr Ghobrial. “Most don’t even know it is supposedly preventative against cardiovascular disease. For those who do need to reduce their risk of heart attack and stroke, my recommendations are to stop smoking, to eat less salt, to eat more fruits and vegetables, to exercise regularly, to reduce alcohol consumption, to take their medication if they have high blood pressure. These are all recommendations by the WHO, and nowhere in that list does it say take Omega-3 supplements.”

Dr Ghobrial believes that when patients ask about supplements, doctors should take that opportunity to delve into their diet.

“If that patient is already eating a variety of seafood regularly, ensuring that it’s part of their weekly diet, for example, then why the additional supplement? And we go from there.”

Dimitra Spanos, a 37-year-old Canadian, has absolutely no intention of cutting out the fish-oil supplements she, her husband Louie, and her children – George and Cypriana – take regularly.

Spanos says she has noticed a marked improvement in her skin, hair growth and nails, which she attributes to Omega-3. Because she started taking them for reasons other than preventing against heart disease, the findings from this summer’s study don’t bother her.

“I believe that I’ll always be taking a fish-oil supplement,” she admits. “As with everything, quality is very important and there are different brands, with varying price points, out there for a reason. Make sure your brand is from a trusted source, with high quality and testing standards, and that there aren’t any extra ‘fillers’ in there that aren’t necessary. Clean, pure, highest quality ingredients are so important.”

Like Spanos, 22-year-old Ayeshah Ali started taking an Omega-3 supplement not to prevent cardiovascular disease, but to improve her skin and scalp condition and up her energy levels.

A recent graduate of the University of Toronto, Ali’s learned that essential fatty acids help with brain, cognitive and metabolic health and that the best way to get any vitamin is through the food that we eat.

“It’s difficult to consistently get enough Omega-3 through your diet, as you would probably have to eat foods rich in Omega-3 every single day to see any long term benefit,” she says.

Still, Ali found that when she made the effort to eat foods high in Omega-3 consistently for a few weeks, her skin would break out less, the psoriasis that would sometimes flare up on her scalp would disappear, and she’d feel more energetic. She’s learned an Omega-3 supplement alone will not give her the general feeling of well-being she craves.

“We should be eating real food that is nutritious and good for your body on a daily basis, as well as exercise, learning how to minimize stress, and other lifestyle factors that contribute more to a general sense of well being, more than any supplements will,” she says. “There are so many supplements on the market and advertisers make you feel like you need them in order to be a healthier person.”

And that’s just not right, she says.

If you do take supplements, take good ones

When you open up the bottle, sniff it. If it reeks of a strong fish smell, chances are that the fish oil used was rancid. It shouldn’t smell fishy, contrary to popular belief.

“Also, make sure you refrigerate it after opening,” he adds. “It will retain the quality of the fish oil for longer.”

If there’s one thing Dr Ghobrial  likes to stress to her patients, it’s the importance of educating themselves on the potential risks and benefits of using specific dietary supplements, as well as understanding that there’s a significant lack of regulation of those products.

“People might buy vitamins or supplements because they look good on the shelf, or are advertised a certain way, or are a good price or even discounted,” says Dr Ghobrial. “And that’s just not good enough.”

The source of her Omega-3 meant so much to Erin Hall, in fact, that when she made the decision two years ago to become vegan, she switched from the fish-oil supplements she was taking to algal oil, a vegetarian source of Omega-3 and DHA. Derived directly from algae, algal oil can be added to foods, beverages and supplements.

“It made sense for me,” says Hall, a teacher from Ireland living in Abu Dhabi. “Using fish for their oil is not sustainable and has a major impact on the oceans, and fish oil may include contaminants, so for these two reasons alone, algal oil made sense to me.”

This is an updated version of an earlier article, attributing quotes to Dr Nahed Fouad Ghobrial, a family doctor at Salama Hospital in Abu Dhabi. An earlier version attributed the quotes to another physician.