Menu
Derek Straat was still sound testing when he realized that the guest he was interviewing for an episode of his new podcast, Enlightened Abroad, was “pure gold.”  Devanshu Wiersma is a practitioner of Tibetan “pulsing,” a therapy that combines eye reading for spiritual and emotional healing. Among other things, Wiersma got on the topic of meeting the Indian spiritual leader Osho and the controversy surrounding his death.  “He starts talking about all of these secrets and... 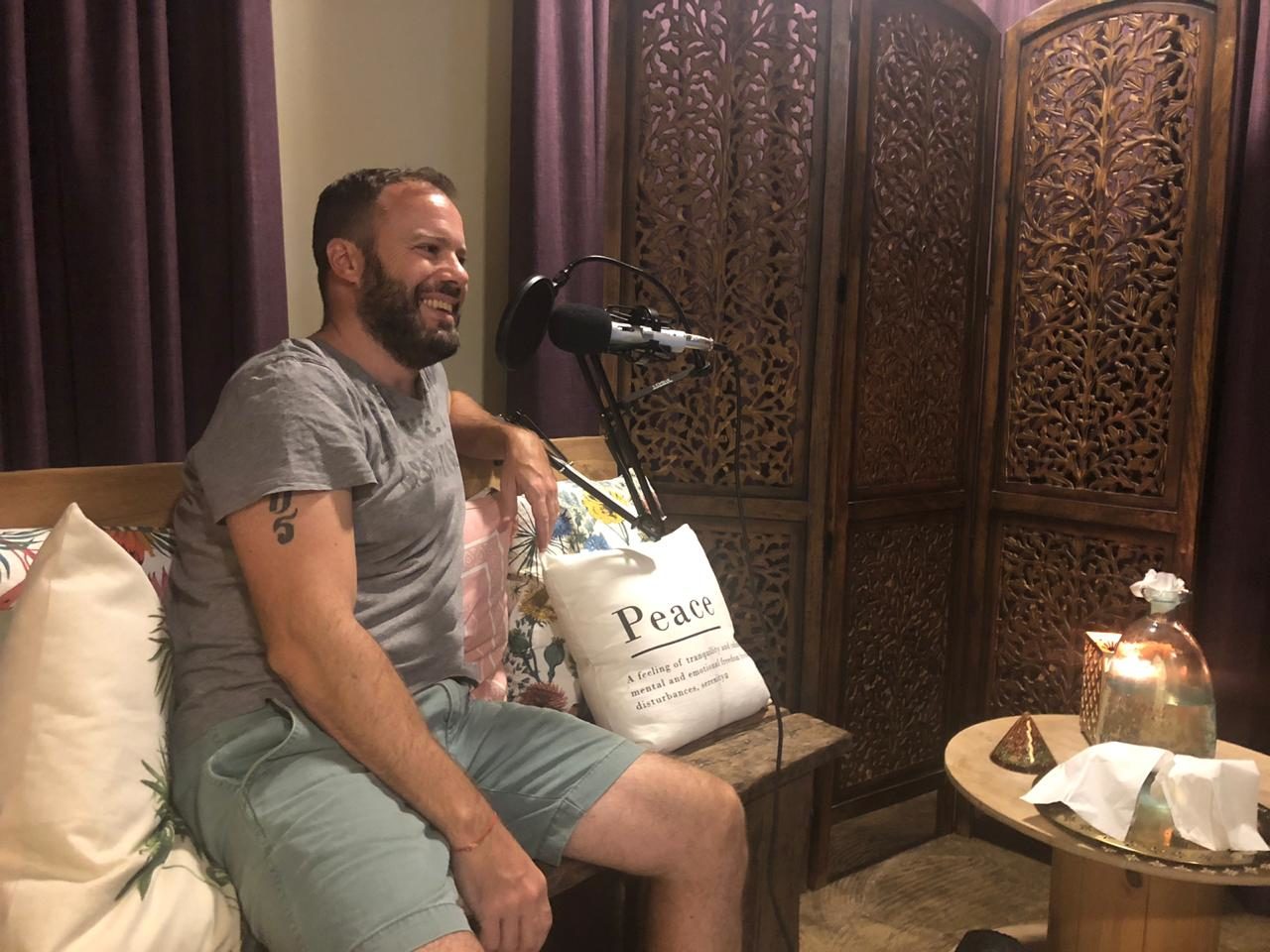 Derek Straat was still sound testing when he realized that the guest he was interviewing for an episode of his new podcast, Enlightened Abroad, was “pure gold.”

Devanshu Wiersma is a practitioner of Tibetan “pulsing,” a therapy that combines eye reading for spiritual and emotional healing. Among other things, Wiersma got on the topic of meeting the Indian spiritual leader Osho and the controversy surrounding his death.

“He starts talking about all of these secrets and I started getting nervous,” says Straat. “I thought, ‘Should we be talking about this?’ I started getting scared. He said, ‘It’s fine, it’s fine, the world needs these secrets.’ I thought, ‘Wow, I have something really rare here.’ I mean, if this guy was on Joe Rogan, it would blow the world open.”

Straat launched his podcast in March and will wrap up the 18-episode first season, Dubai Diaries, later this month. Over the season, the show will have tackled everything from the realities of being an American abroad in the current political climate, kite surfing and face fitness to various healing modalities, including hypnotherapy to Family Constellation.

And of course, what it means to have the life-changing experience of living abroad.

“The common thread that’s emerging is that people were scared to take the leap for various reasons,” he says, but when they did, “they found that it was worth it.” 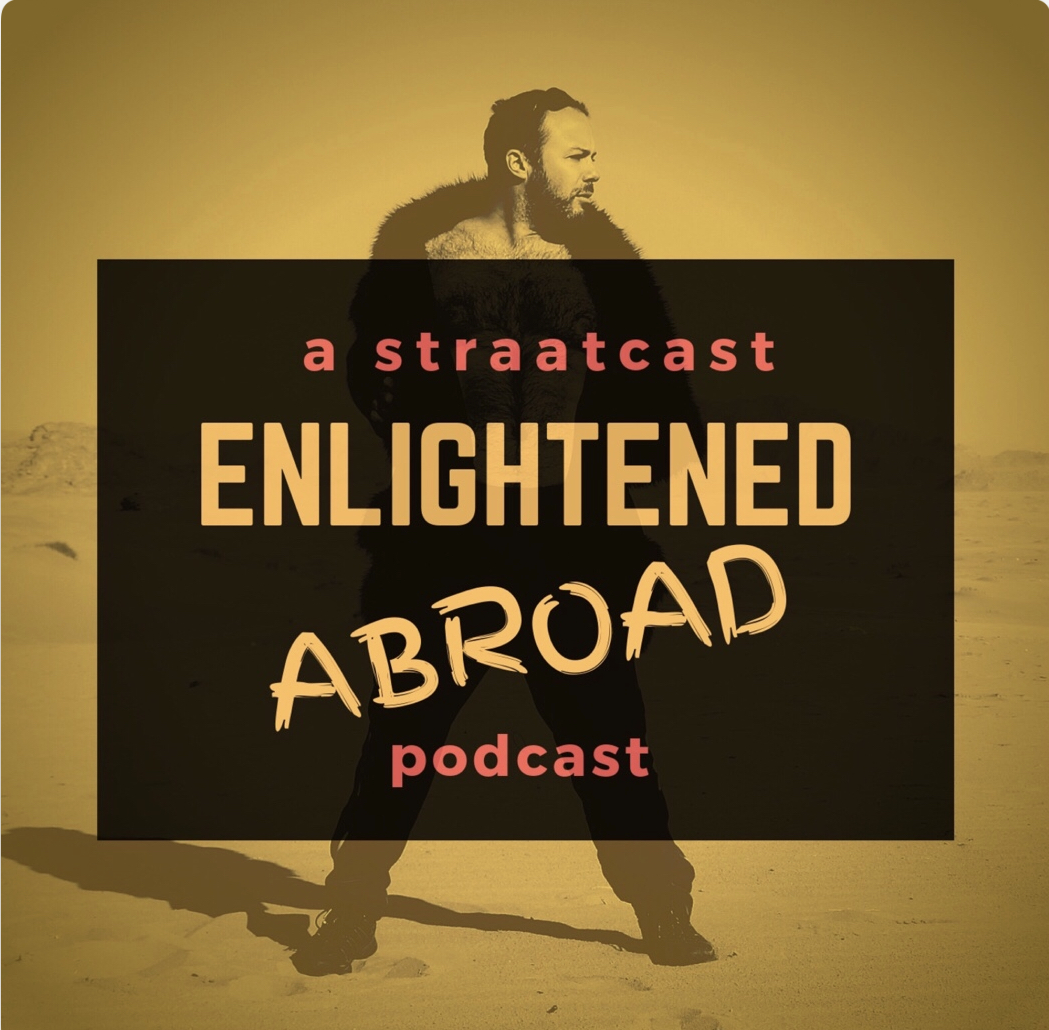 After 10 years abroad, living in six countries and traveling through 50, 42-year-old Straat knows all about those feelings.

He lived in New York City for 15 years before heading overseas to teach English, stopping in South Korea, Malaysia, Morocco and Chile before hitting the UAE. The country was not what he had expected.

“I thought it was going to be a very traditional place and found it to be very cutting edge,” he says. “Especially coming from the US, where we have this egocentric view that we’re at the forefront of everything. I’m like, wow, Dubai is talking about flying taxis here and the New York subway is stuck in the 1970s. This is really exciting and there’s a lot of opportunity and there’re places to be.”

Straat had been looking for a project to work on and first considered sustainability — one of his interests. But following advice from the host of the longrunning podcast, The Tim Ferris Show, he decided to “scratch an itch” and dive into something more personal.

“The podcast was born here out of me really thinking, ‘Wow, I can do more,’” he says. “I think this place inspired me to really do more and be more creative than what I was being as a teacher.”

“Enlightened Abroad is not about how I’m enlightened,” he explains. “It’s like I’m on a constant search and being abroad is giving me this sort of enlightened approach to life.”

That approach took awhile to come around to, explains Straat, who was at first drawn to the more hedonistic aspects of the expatriate experience.

“I was like, ‘I’m just wasting my time, damaging my liver,’” he says. “You know, I’m having experiences but it got really boring. I would go through a cycle of work in a country, then blow my money on senseless travel, do it again, do it again.”

The UAE, unexpectedly, changed all that.

“This time I said, ‘Do something with what you have here,’” he says. “You’re making a good wage, it’s a good country, it’s safe, there’s opportunity. Use this experience to share.”

Straat, who is wrapping up a contract in Ras Al Khaimah as a drama trainer, is already planning his next move — likely to a country in South America. And with a never-ending supply of subjects, he plans more seasons of Enlightened Abroad, too.

“I still don’t know what it’s going to be,” he says. “But I know the ripple has been positive.”

Want more healthy podcasts? Stay tuned for our list of 11 of the best in the UAE.

#recipes: How to cook the perfect steak

Caroline Labouchere: When it comes to running, Dubai grey model likes to go it slow