Menu
Majid Al Qassimi has a big ambition. What he wants is nothing less than to start a food revolution in the UAE and across the Middle East. Already an environmentalist, conservationist, entrepreneur, trained veterinarian and now adviser to the Ministry of Climate Change and Environment, Al Qassimi’s goal is to help the population in the Middle East understand the importance of homegrown food, suitable agricultural food production and reducing food waste. “I believe there isn’t just... 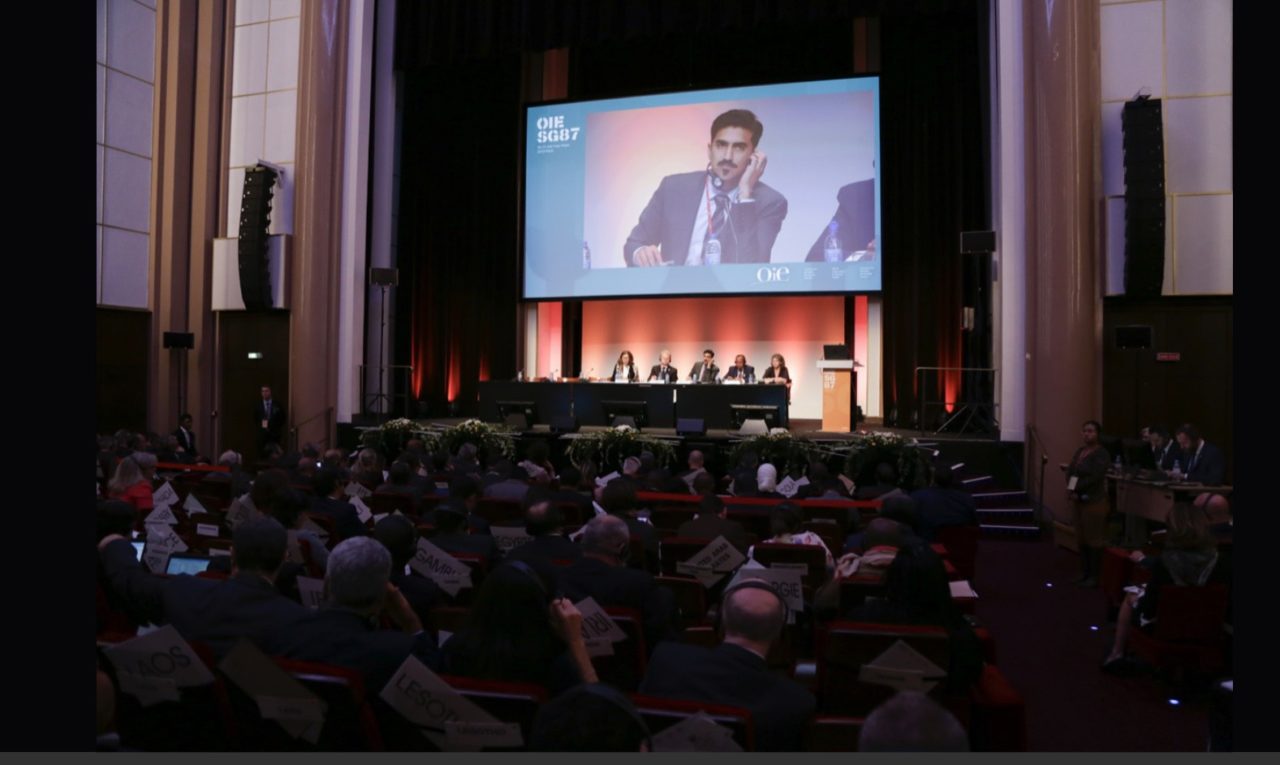 Majid Al Qassimi has a big ambition. What he wants is nothing less than to start a food revolution in the UAE and across the Middle East. Already an environmentalist, conservationist, entrepreneur, trained veterinarian and now adviser to the Ministry of Climate Change and Environment, Al Qassimi’s goal is to help the population in the Middle East understand the importance of homegrown food, suitable agricultural food production and reducing food waste.

“I believe there isn’t just one way to grow food, especially in this region, but in terms of healthy food consumption I believe in being closer to the source of food and I believe the more you know about where your food came from, the better,” Al Qassimi, 37, tells livehealthy.ae. “We can all build stronger, healthier diets by knowing where the food on the plate in front of you comes from.”

There are wider implications, too, and Al Qassimi believes food security and sustainable agriculture are not only worldwide priorities, but areas in which the UAE can lead.

“We as a country rely significantly on imported goods for what we consume. I would say between 90-95 percent. Being such a fragile environment, the assumption among the general public is that we can’t grow anything ourselves, but there is a strong, budding agricultural sector.”

Food is ‘one of the basics of life’

As Sheikh Zayed himself said, “Give me agriculture and I will give you civilization.” So many issues are tied to food, be they political or economic. Food has always been a cornerstone of society; it’s one of the basics of life.”

Al Qassimi’s got hooked on biology as a young boy in  in third grade and saw a diagram outlining what-eats-what in an ecological community.

He became captivated upon learning that plants produce energy, which then moves up to higher-level organisms, including herbivores and carnivores.

“That was such an epiphany to me at a young age,” he explains. “It was a snapshot of how the whole world works and I’ve been enamoured with that, and biology in general, since my youth.”

Al Qassimi was considering a career in physiotherapy when he spent a summer doing work experience at the Central Veterinary Research Laboratory in Dubai. It was his mentor there, the pioneering veterinary surgeon and camel specialist Dr Ulrich Wernery, who suggested veterinary medicine as a career.

“I never considered a medical doctorate type of profession and then I sort of built up the courage to do it,” he says.

After completing the necessary A-levels in Oxford, England , Al Qassimi qualified as a doctor of veterinary medicine at Saint Istvan University in Budapest, Hungary. At the time, he was only the second Emirati to have earned a doctorate.

“I came back home knowing I had a lot to do and a lot to contribute to the agricultural sector,” he recalls.

He began working at Al Ain Zoo as an assistant veterinarian, using social media to spread awareness about the importance of veterinary work. He has continued to support veterinary education and awareness through public speaking, advising on the university curriculum and career-coaching the first batch of Emirati veterinary students.

“I really wanted to tell people what the world of animal care and veterinary medicine was all about.”

After 18 months at Al Ain Zoo, Al Qassimi stepped into a director role at the Environment  Agency in Abu Dhabi, overseeing terrestrial biodiversity and conservation activities with responsibility for the Emirates biodiversity portfolio.

There Al Qassimi established the UAE’s first ecotourism attractions and led an initiative to reintroduce animals   such as the Arabian oryx and the Scimitar-horned oryx back into the wild.

Getting back to food

During those early years of his career, the UAE had drawn up plans for expansion in sectors such as commerce and logistics. Agriculture and food production programs in the Middle East lagged behind but Al Qassimi knew they were areas that were ripe for growth. And it was in his next job, as acting Assistant Undersecretary of the Food Diversity sector at the Ministry of Climate Change and Environment, that he became responsible for the UAE’s food sector.

As world governments grapple with the potentially devastating impact of climate change and the knock-on effect on crops, livestock, forestry, fisheries and aquaculture, there are also grave global social and economic consequences to consider in the form of reduced incomes, eroded livelihoods, trade disruption and adverse effects on health.

But there are many steps that can be taken now, within the UAE and across the region, to address the situation, says Al Qassimi.

“Creating our own sustainable agricultural systems creates more resilience for economies,” he explains. “We have a lot to capitalize on as we diversify away from oil and in the Middle East we have one of the biggest-growing regional economies. There is a real opportunity here with food production.”

Instead of struggling against its environment, Al Qassimi believes the region must embrace it and work with it, learning how to use technology to develop Middle East food production in extreme conditions.

“We know the global ramifications of climate change and food security if we don’t hit our (emission) targets,” he says. “In the next 10 years we need to double down, understand food production in extreme environments, then we can export this know-how and help those countries which are suffering.”

In one scenario, the UAE could export species of fruits and vegetables that have been developed to grow in drought and extreme temperatures.

“Whoever figures that out in the next 10 years is going to lead the food sector in the coming decades after that,” says Al Qassimi. “And I believe the UAE can do that.”

He very much has his eye on the bigger picture, too.

“I would like to work more broadly on the global stage to be able to contribute to food security,” he says. “I see a lot of dots and I would like to connect as many as possible; that is going to be very rewarding.”

Outside of his day job with the ministry, Al Qassimi has a startup in a fast-growing space called Finyal Media: Podcast Production. His spare time is taken up with his family, a keen interest in drumming and – reflecting his passion for growing things –  gardening. He shares the fruits of this hobby and his philosophy with more than 10,000 Instagram followers.

“It is extremely rewarding pulling your first harvest – I felt like the king of the world,” he says. “It gives you a different perspective when you order or eat food, as you know what it takes for farmers to bring that food in to put on your plate.”

Spreading the word on social media is all part of his wider goal to dispel myths that this part of the world, with its arid climate, cannot produce food. And to encourage others to stop taking what they eat for granted.

“I want to show we need to have a bit more respect for the food we have, and the portions we eat,” says Al Qassimi. “When I was picking horseradish and coriander from my garden, that was the result of 50 days of work. People see food at a restaurant and do not wholly appreciate the effort farmers put in to grow and nurture the food that is in front of us. I want to show that – to show the value of food and re-emphasize that food cycle.”