Menu
Assisted stretching, a concept pioneered in Australia, has arrived in Dubai. 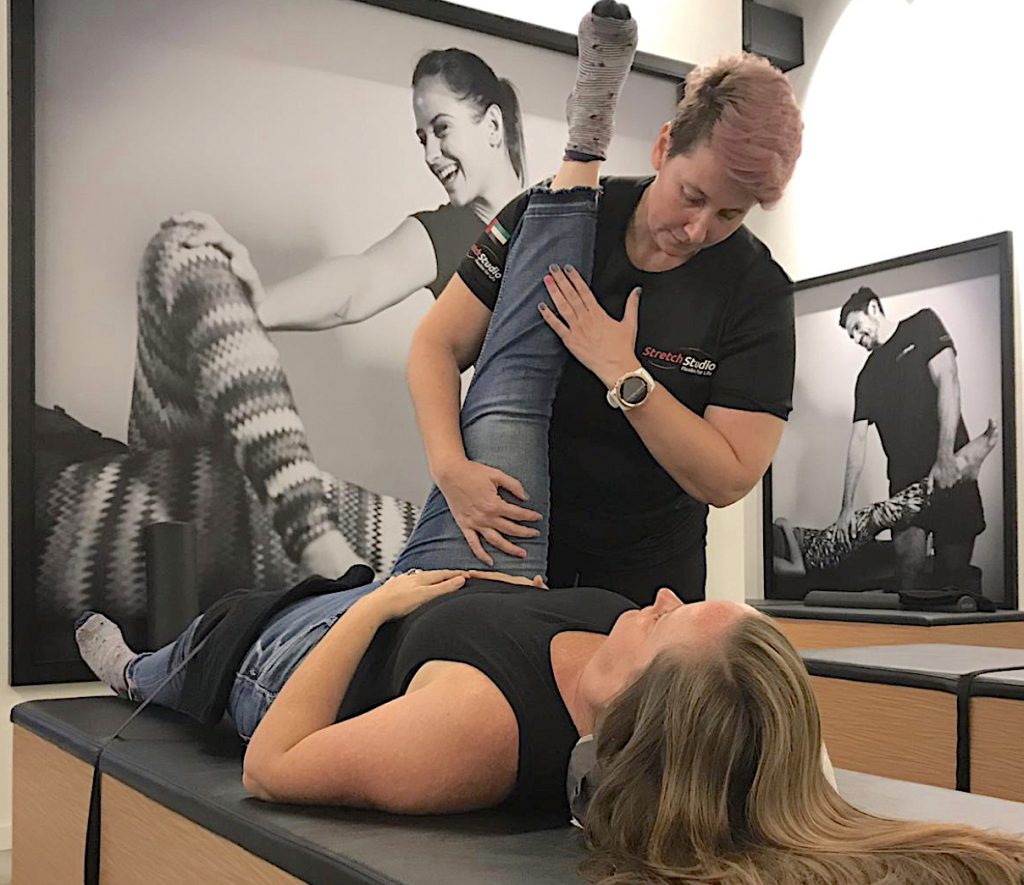 The idea behind Stretch Studio in Times Square Centre is simple. The bright space operates much like many drop-in massage places that have sprung up around the world to help us cope with our aching bodies. There is a welcome desk up front and staff on hand to explain the details and sign you up. Or you can phone ahead and book a spot. Once you settle in on the massage table, the stretching begins. All of it is done by professionals, with sessions last from 10 minutes up to 60 – or longer, if you can take it.

And don’t be fooled by the clever “flexologist” tag on staff shirts, either. These stretch assistants come with serious pedigrees: with Bachelor’s and Master’s degrees in sports medicine, biokinetics, physiotherapy and physical therapy, as well as training in massage therapy.

I’ve had two sessions so far, with two senior flexologists. My first was with Milos Dordevic, who is a trainer and long-distance runner from Serbia.

“You will be floating after five minutes,” he promised, as my ankle rested near one of his ears.

And I was, in five minutes, floating. (Metaphorically, of course.) That’s because included in the long, long list of benefits we get from this sort of assisted stretching, is the release of endorphins by the body. Think of how you feel after a massage or a tough HIIT workout, only better.

Liezel De Klerk, who is a physical therapist from South Africa, ushered me through a 30-minute session on my second visit. She told me she gets so relaxed during stretching she has to wait awhile to drive.

Stretching is definitely a trend. According to the Mayo Clinic in the US, the benefits of regular stretching are increased flexibility, better posture and enhanced coordination. Both Milos and Liezel passed on valuable tips that I’ve incorporated into my own daily stretching routine – Liezel has completely transformed how I do the pigeon pose in yoga, for example. They were lovely to spend time with, all up close and personal like that.

The owners of Stretch Studio are a couple from the UK who have kept their day jobs, so they are keeping a low profile. They were introduced to the Australian-born Stretch Studio concept last year during a Christmas vacation in Sydney – when the whole family became addicted to the stretches – and later persuaded the owners to grant them the first franchise outside Australia.

They’ll expand to Abu Dhabi next year and have plans for the UK, too.

A few particulars you might be worried about: the beds are out in the main space, but there are private rooms available. Also, rest assured that there is a screen over the front windows so shoppers can’t gawk. Importantly, it’s clean and modern.

Open since the summer, repeat customers so far include CrossFit obsessives, rugby players, pilots, flight attendants, teachers, new moms – even someone with a dental problem seeking help with his therapy. There are people who have finished their physiotherapy sessions and need guidance, there are yogis seeking extra intensity they can’t get from their practice and there is even a young gymnast, a member of the UAE national team. The first day I was there, a boxer wandered in, asking loads of questions and signing up.

The sessions are not easy, though. As I was twisted in various positions, both Milos and Lizette asked me at times to press back and provide resistance. Some of the positions were painful, and the feelings were intense, but they passed. It was clear Milos and Liezel knew their stuff, and I trusted them with my muscles.

Stretch Studio has socks and sweats on hand if you turn up in a dress or kandura.

There is a no-mobile challenge at Ritz-Carlton Abu Dhabi

Is my conscious consumerism really having an effect on climate change?