Menu
With Abu Dhabi hosting the World Ocean Summit next March, sustainability momentum created this summer is bound to grow. 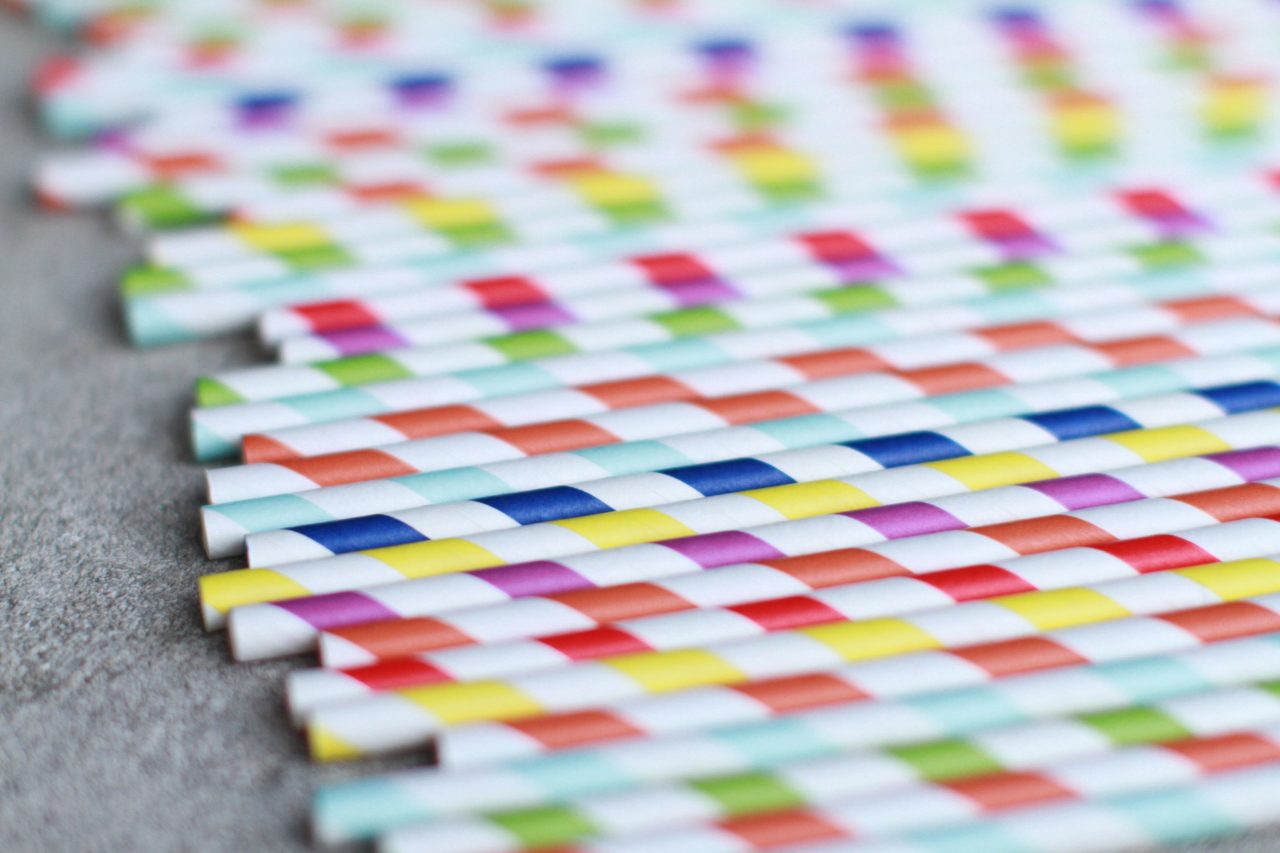 There has been a big shift in attitudes toward sustainability in the UAE, with more than 30 restaurants switching over from single-use plastic straws. Photo courtesy Unspash

The woman picked up her whipped-cream-topped iced drink at an Abu Dhabi Starbucks, catching my attention with what she told the barista: “I don’t want the straw.”

It was early July and in the days that followed I realized no one was batting an eye at Carrefour when I asked for all my fruit and vegetables to be put in one bag. At a petrol-station Costa, a reusable ceramic cup suddenly caused zero confusion among the store help. Elsewhere, clerks seemed to readily accept that I didn’t want a bag with my purchase. And brightly striped paper straws popped up at eateries, from Tania’s Tea House on Jumeirah Beach Road to the new Food Shed in Abu Dhabi’s Bloom Gardens.

It’s a far cry from when I moved here 10 years ago and was gently mocked by my colleagues for trying to recycle, or when I faced shopping mall staff who couldn’t understand why I had a reusable bag. And it’s a massive shift from the years I spent struggling to find local resources to share with readers of the eco-column I wrote for The National newspaper.

With global corporations at the level of Starbucks finally choosing to stop providing plastic straws, this year’s Plastic-Free July most definitely resonated globally.

Here in the UAE, it seemed like a seismic shift.

Plastic straws are on the way out

More than 30 restaurants and hotels have pledged to phase out single-use plastic straws, with new food outlets  joining every day. Freedom Pizza’s owner, Ian Ohan, led the way last winter as part of the #stopsucking campaign, when in addition to plastic straws he also decided to stop handing out plastic cutlery – offering biodegradable versions at a slight cost. Deliveroo is among the food delivery companies now making customers opt-in for plastic cutlery, after partnering with the Emirates Wildlife Society. Most restaurants participating in its test phase had their plastic-cutlery usage reduced by half.

Tatiana Antonelli Abella is founder and managing director of Goumbook, the main reference on sustainability and green living in the UAE. Two years ago, Goumbook launched the Drop It UAE initiative to raise awareness on plastic pollution, and as she told Gulf News in June, there is now a “huge” interest among companies in going plastic-free. “It’s picking up very, very fast.”

It was only the first week of July when Tom Dillon, managing director at the Yas Marina social media agency DigitalFarm.ae, went to a talk given by an environmentally connected friend and decided to launch Plastic Free UAE. Within three days, his Facebook group gathered a surprising 1,500 members, and has now reached 2,000. Over the ensuing weeks, members have taken to the page to share many of their queries and eco-battles.

“Thank you for my birthday present,” wrote one user. Alongside a picture of a local grocery store’s delivery, the user wrote: “But do you really need to wrap it up in a plastic wrapper when it’s already in a plastic tray sealed with clingfilm?”

People have been posting about everything from buying refillable containers to their success in convincing a local restaurant to stop using straws.

From Dillon’s perspective, too, “there’s been a massive amount of movement on this.”

But now that the country seems to have woken up to the problem, what’s next? Dillon, for one, plans to ramp up Plastic Free UAE this autumn with beach cleanups and environmental talks. He also wants to spotlight small businesses that are making big changes and focus on educating others on how to be more environmentally conscious. With Abu Dhabi hosting the World Ocean Summit next March, Dillon believes the momentum created this summer is bound to grow.

There’s a lot of education to be done and awareness to be raised, but sustainability has finally become “fashionable” in the UAE, he says, in a way that it has been in other parts of the world for years now.

“The whole philosophy behind the group is small steps,” he explains. “We’re not expecting people to drop everything. I think that’s the totally wrong approach to take. We’re not going to go around pulling straws out of people’s mouths. We just want to educate people that this water bottle is going to take at least 450 years to biodegrade, so this water bottle is going to outlive your great-great-great grandchildren and it’s probably going to end up at the bottom of the ocean and a hermit crab is probably going to live in it.”

Maysoun Al Owais, vice-president of Azraq, a non-profit marine conservation organization that launched in the UAE earlier this year, said Plastic Free July was only the beginning.

“We are hoping that people stick with their new habits they adopted, and it looks promising because of the amount of awareness that was raised,” she said.

Azraq held several screenings over the summer of the documentary Straws. It tells the story of a turtle found in Costa Rica in 2015 with a straw in its bloodied nose. It has been a turning point in raising people’s awareness of the plastic issue. The documentary has been viewed more than 32 million times on YouTube.

After Straws’ Dubai screening, Freedom Pizza’s Ohan spoke about his decision to reduce plastic waste, which he made when he realized the volume of waste his company was producing – 500,000 straws and cutlery sets  in 2017 alone.

“It just makes more sense,” he said. “In my mind, if customers didn’t like it they could go somewhere else. But I would say 99 percent of the response was favorable.”

It was exciting to see so many companies follow after Freedom challenged them, he said, but there was more work to do.

“We are working on reducing and removing more single-use plastics and employing more environmentally friendly packaging.”

Alex Schneider, vice-president of Nikki Beach Hotels and Resorts, says the facility was going through 750,000 straws a year at its Pearl Jumeirah location before banning them earlier this summer.

Schneider has made it his mission to cut down on some of the more senseless waste – much of it plastic – at the hotel. There are no plastic-wrapped fruit baskets, or notepads and pens beside the bed; the mini-bar has larger bottles and the loo roll no longer has a frustrating and pointless sticker on it. However, Schneider believes the larger hotel chains are responding to this wasteful approach far too slowly.

“Basically you take a standard American hotel group and you turn it upside down and probably a thousand little pieces of pens, paper, plastic bags start to fall out,” he said. “And when you watch your housekeeping staff do a job, you see the bags of useless stuff just being thrown away because they get touched or they were used once, because you can’t give it to the next guest.”

And while one turtle helped prompt a sea change in the way people view plastic straws, animals and marine life are still dying from eating plastic bags. According to the UAE Ministry of Climate Change and the Environment, the UAE still goes through them at a rate of 13 billion per year – or 1,500 per person. And then there are single-use water bottles, of which the average UAE resident uses about 450 per year.

Movement on both is picking up. At the start of July, Waitrose reported a 74 percent reduction in the use of plastic bags just one month into a three-month trial of charging 25 fils for each bag. Grocery and convenience chains are taking steps to reduce their use of plastic bags. Zoom has plans to eliminate plastic bags; Lulu, at its Al Barsha branch, has distributed 6,000 eco-carriers. Meanwhile, Hilton Abu Dhabi on the Corniche has announced that it will stop using plastic and paper cups, replacing them with ceramic mugs and stainless-steel water dispensers. And when the Jumeirah at Saadiyat Island Resort opens in November, its goal is to be completely plastic-free.

Emma Banks, managing director of the Jumeirah Restaurant Group, said the group decided to ban plastic straws at its facilities around the same time Freedom did. But the victory was short-lived, as she soon realized how daunting the task was. Madinat Jumeirah alone goes through 3,000 water bottles a day on the beach.

The traveler mom: After 30 countries in 6 years traveling with children, here's what's in our first aid kit