Menu
Imagine if something in the air, rather than something in our lifestyles, was to blame for a significant proportion of diabetes cases? 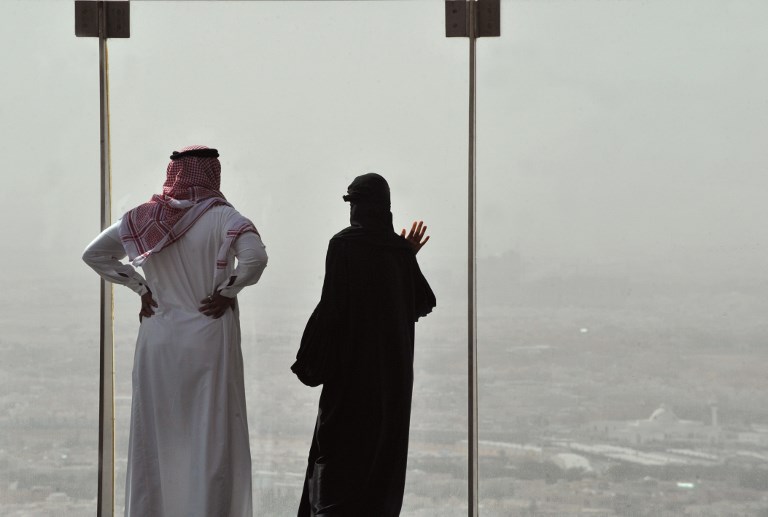 Type 2 diabetes, a deadly global epidemic particularly prevalent in the affluent nations of the Gulf, is the unhealthy downside of good times. There is no cure for it. The trick is to prevent it taking hold in the first place or at least to mitigate its impact by making lifestyle changes. But eating less and more healthily, losing weight and embracing exercise are much easier said than done. Now imagine what might happen if someone came along and suggested that something in the air such as pollution, rather than something in our lifestyles, was to blame for a significant proportion of all diabetes cases.

That’s the thrust of a paper published in The Lancet journal, Planetary Health, in which epidemiologists working for the US Department of Veterans Affairs claim that in 2016, 3.2 million global cases of diabetes, and 206,105 deaths from the disease, were directly attributable not to obesity and a lack of exercise, but to local levels of a form of air pollution known as PM2·5.

PM2·5 is airborne particulate matter from a range of sources that, at less than 2.5 micrometers across, is fine enough to penetrate human lungs and the bloodstream. It is already known to be a major killer, increasing the risk of respiratory infection, chronic obstructive pulmonary disease, heart disease, stroke and lung cancer. Previous research has also associated high levels of PM2·5 with increased rates of diabetes, but this new study appears to have provided the first real proof that the link is causal rather than merely correlative. The researchers tracked the health of more than 1.7 million veterans with no previous history of diabetes for an average of eight and a half years. Exposure to air pollution for each was assessed using data derived from satellite sensors and a nationwide network of ground-based monitoring stations.

WHO guidelines suggest that a concentration of 10 micrograms per cubic meter (expressed as 10 μg/m3) is the lowest level at which deaths from cardiopulmonary, lung cancer and total mortality have been shown to increase with long-term exposure to PM2·5. But the VA researchers found that a 10 μg/m3 increase in PM2·5 was associated with a 15 percent increased risk of developing diabetes and an 8 percent raised risk of death from the disease.

But there’s a wrinkle. Only a handful of countries around the world, including Sweden, Australia and Norway, have mean annual concentrations of PM2·5 below the WHO’s “safe” ceiling of 10 μg/m3. And although the US researchers conclude that the risk of diabetes among the 1.7 million VA subjects increased substantially above a mere 2·4 μg/m3 – apparently exposing the WHO’s “safe” level of 10 μg/m3 as illusory – they also found only moderate increases in risk above 10 and that risk plateaued out altogether at concentrations above 12 μg/m3.

Nowhere is the growth of the “silent killer” more out of control than in the Middle East and North Africa. The International Diabetes Federation predicts a 110 percent increase in diabetes by 2045 in the Mena region, beaten only by the 156 percent increase predicted for Africa. The regional picture among those nations generating high-quality data is bleakest in Saudi Arabia, where 18.5 percent of the population are in the grip of type 2 diabetes. The situation is little better in the UAE (15 percent), Kuwait (15.1 percent), Egypt (15.1 percent) and Lebanon (14.6 percent).

But does this new research mean that a significant proportion of all cases of diabetes in the region can be attributed to airborne PM2·5 pollution, rather than lifestyle? Not necessarily.

For a start, the researchers do not evaluate the possible impact on diabetes of other pollutants, including carbon monoxide and nitrogen dioxide, and indeed recommend further research along these lines. Neither do they examine the source of the PM2·5, nor its chemical content or toxicity. In fact, the constituent parts of PM2·5 vary wildly from site to site, let alone from country to country. They range from nitrates and sulphates, generated predominantly by vehicle engines and power plants, to carbon particles thrown into the atmosphere by numerous processes, both human-made (such as vehicle exhaust fumes and the burning of waste) and natural (production by plants and animals and wild fires).

But there is also another natural component of PM2·5, which is an unavoidable by-product of geography: fine particles of windborne soil, sand and other so-called “crustal” matter. And it is no coincidence that the countries with the highest levels of PM2·5, including those in the Middle East and North Africa, occupy the global desert belt.

There was controversy in 2015 when the World Bank claimed that air quality in the UAE was worse than in China or India. The country, which operates dozens of air-quality monitoring stations, quickly pointed out that the bulk of its PM2·5 score was attributable to wind-blown desert sand, rather than the avoidable by-products of fossil fuels.

One measure that the researchers use to express the burden of diabetes caused by PM2·5 pollution is “disability-adjusted life-years,” or “DALYs,” per 100,000 head of population. This standard measure is a sum of the years of life lost in a population due to early death or disability attributable to any given condition.

Globally, say the researchers, PM2·5 accounts for 111.2 DALYs per 100,000 population, and by this measure the region is suffering more than most. For example, PM2·5 is credited with costing Bahrain 258.6 DALYs, Egypt 175.2 and Oman 165.8. But why should Kuwait be losing only 95.4 DALYs while its neighbor Iraq is suffering the loss of 183.7? Similarly, the 141.5 DALYs attributed to the UAE contrasts inexplicably with Saudi Arabia’s far smaller burden of only 97.1. With these being contiguous nations, the variations pose questions the researchers need to address.

Regardless, they conclude confidently that “the global toll of diabetes attributable to PM2·5 air pollution is significant” and suggest that “reduction in exposure will yield substantial health benefits.”

Perhaps, though, it is difficult to see what else can be done drastically to reduce output of PM2·5 by countries that are already striving to lower emissions of all kinds – especially those in which desert sand forms a significant proportion of their airborne pollutants. In the meantime, there is nothing in this paper to cause policymakers battling diabetes to consider adapting public health strategies. And one thing is for sure: this research is not the excuse you need to abandon the gym and ditch the salads.

#recipe: Make your own cashew milk