Menu
Burger fans in the Middle East are paying heavily over the odds for their burgers. 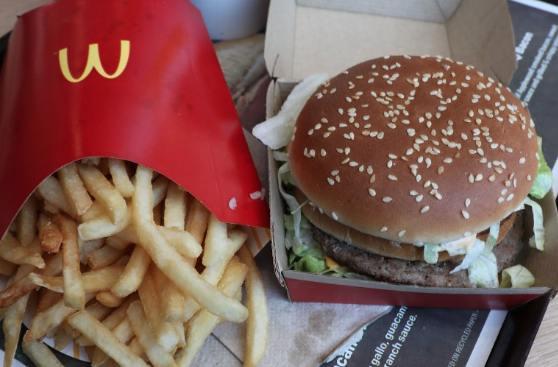 As promotional gimmicks go, the thinking behind McDonald’s recent decision to celebrate the 50th anniversary of the Big Mac by issuing a coin is a tad convoluted. On one level, it’s simple enough. Buy a Big Mac and you’ll be given one of the coins, which can be exchanged for another Big Mac. But the idea was conceived in tribute to the iconic burger’s role as a measure of purchasing power – a conceit that will surely be lost on most who pass through the golden arches.

It’s 32 years since the Economist magazine launched its Big Mac index, “a lighthearted guide to whether currencies are at their ‘correct’ level.” The index was based on purchasing-power parity, the theory that “in the long run exchange rates should move toward the rate that would equalize the prices of … a burger … in any two countries.” Never intended to be anything more than “merely a tool to make exchange-rate theory more digestible,” the Big Mac Index became a global standard-measure still in use today. Broadly, it tells us what we already know – that the US dollar is king of currencies. Specifically, it tells individuals in different countries just how much over the odds they are paying for their Big Mac.

Take the UAE where, according to the current index, a Big Mac costs Dh14, against $5.51 in the US. This implies an exchange rate of 2.54. In fact, the actual exchange rate is 3.67 dirham to a dollar and the difference between those two rates tells us that the dirham is undervalued against the dollar by 30.8 percent.

Compared with the rest of the Middle East, that isn’t bad. The price of a Big Mac in Kuwait (1.05 dinars) suggests that the dinar is 37 percent undervalued. Other currencies in the region are even worse off, including Qatar’s riyal (40.2 percent undervalued), Saudi Arabia’s riyal (41.9 percent), Bahrain’s dinar (42.6 percent) and Oman’s riyal (50.5 percent). In Egypt the disparity is a hefty 68.2 percent.

Burger fans in the Middle East, in other words, are paying heavily over the odds for their burgers. From a personal economic perspective, that’s hard to swallow. But it might be just what the doctor ordered.

Economic theory suggests that raising the price of any product will ultimately restrict its appeal, and governments dealing with their own national health problems have been experimenting with taxing high-calorie foods. So far, the main targets have been sugary drinks and, by and large, hiking tax does appear to reduce consumption. In 2012 France imposed a tax on fizzy drinks that increased the price by 4.5 percent and reduced consumption by 3.3 percent. A similar tax in Mexico saw consumption of sugary drinks fall by 10 percent in 2014, while sales of untaxed healthier alternatives, including bottled water and milk, rose by 7 percent.

To date, governments have shied away from target-taxing fast foods as a politically unacceptable move that would disproportionately affect poorer families. However, computer modeling suggests they are neglecting a valuable tool in the anti-high calorie armory. One study carried out in the UK in 2000 looked at the impact of imposing 17.5 percent VAT on all sources of dietary fat, while removing tax from “cholesterol-neutral” foods. It calculated a 0.67 percent reduction in national calorie intake, reducing heart disease by up to 2.6 percent and preventing as many as 2,500 premature deaths a year.

Countries in the Gulf are already taking their own price-control initiatives, though it remains to be seen whether the small-scale VAT and the excise duties recently imposed on sugary drinks in the UAE and Saudi Arabia will cut consumption in such wealthy nations.

It is also uncertain whether the hike in price of all fast foods brought about by the general introduction of VAT in Saudi Arabia and the UAE in January at a rate of just 5 percent will have any impact on sales. Given the already relatively high cost of a burger, for example, it doesn’t seem likely and, of course, that wasn’t the point. The introduction of the tax was part of ongoing plans across the GCC to modernize economies in countries where oil production can no longer be mainly relied upon for growth and prosperity.

But, in having introduced the concept of a tax on food, GCC governments now have at their disposal a potentially invaluable tool. And, if governments do choose to take on the fast-food giants, they’ll need all the tools they can lay their hands on.

McDonald’s has evolved rapidly over the past few years, adapting to and even thriving in tougher economic times in key markets. While maintaining its high-calorie core offering and also providing healthier options – but who really goes to McDonald’s for a chicken salad? – it is revamping its outlets with digital ordering kiosks, table waiting and even iPads loaded with children’s games. It has never been more tempting to spend half an hour tucking into a Big Mac, especially one bought with a free coin.

Just how high the tax on high-calorie food would have to climb before the average and largely cost-insensitive Middle East customer started to curb their enthusiasm is unknown. What is certain is that, at 508 calories, a Big Mac delivers about one quarter of an adult’s daily calorific intake, and rather more of a child’s.

Price-impact modeling carried out in Western economies can only be a rough guide. What’s needed now is research tailored to the economic landscape of the region.

The yogi: Tips for maintaining healthy range of motion in your thoracic spine

It's all about wellness at Dubai co-working company Our Space