Menu
One of my all-time favorite comments is, “Our traditional homes were so organic, so healthy, one could pull out a twig from the roof and use it as a toothpick.” It was made by an elder of a tribe in Abu Dhabi, who remembers living as a child inside an arish – a traditional home made of palm fronds. Take a moment to think about this: Is there anything inside your home now that you... 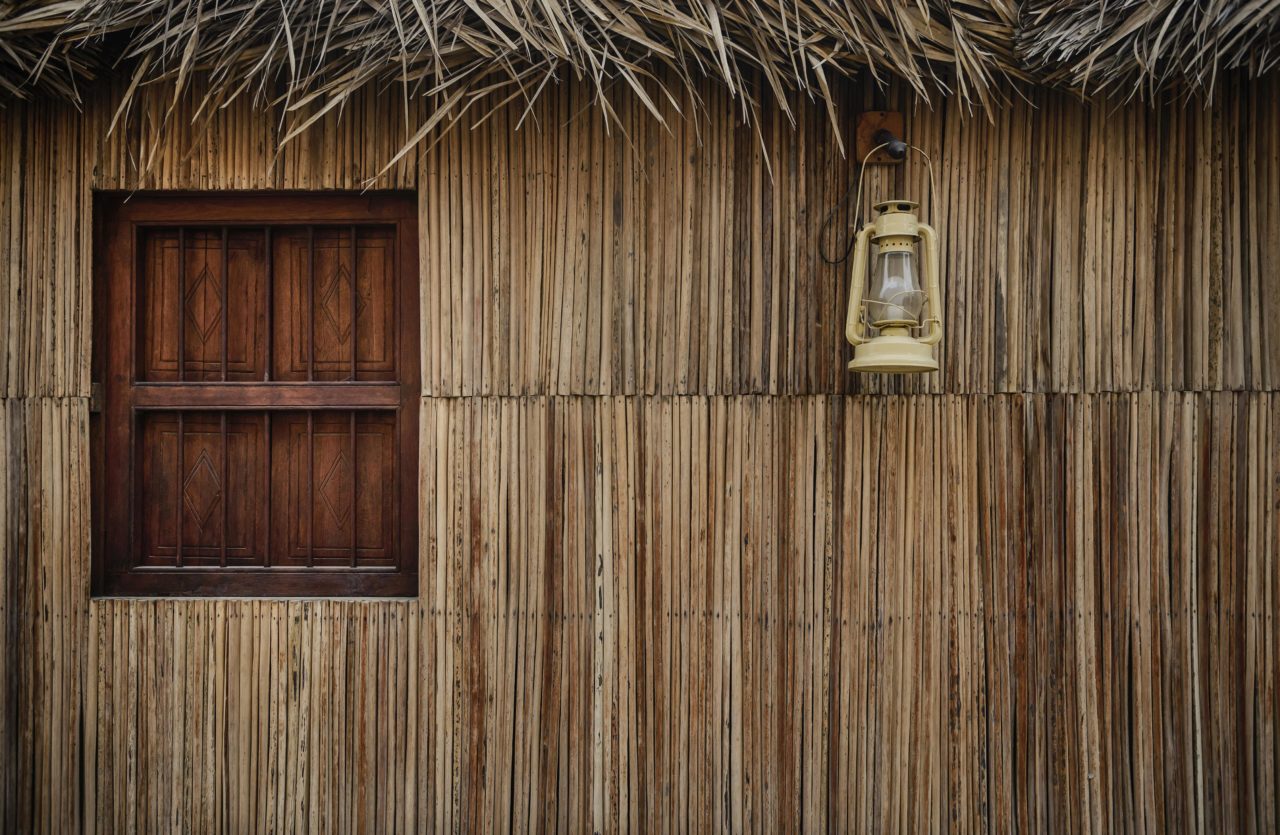 One of my all-time favorite comments is, “Our traditional homes were so organic, so healthy, one could pull out a twig from the roof and use it as a toothpick.” It was made by an elder of a tribe in Abu Dhabi, who remembers living as a child inside an arish – a traditional home made of palm fronds.

Take a moment to think about this: Is there anything inside your home now that you can simply break off and just chew on?

Until the early 20th century, old homes in the Gulf, as in many parts of the Middle East, were constructed using whatever natural elements were available in their particular environment. Depending on the location, homes were built from mud bricks, clay, corals and sea shells, natural rocks and pebbles as well as dried leaves, bushes and wood, including mangrove poles and parts of palm trees. Strategically-positioned draught windows and wind towers known as barjeel worked like an old-fashioned air conditioning system, helping to keep homes cool and ventilated.

The old way of life had its challenges, too, including a lack of modern plumbing and toilets. But it was rare to find mold in their traditional ventilation system – a marked difference to the air conditioning systems of today if they are not regularly sterilized and properly cleaned.

Take a look up the vents in elevators, inside your work building and in your own home and count how many times you spot mold and dirt. Imagine how many times a day people are inhaling these particles.

Sick building Syndrome(SBS) – also known as Sick Home Syndrome – is a term describing a situation in which some or all of the people occupying a building, whether work or residential, experience non-specific health effects such as headache, dizziness, nausea, irritated eyes, nose or throat, dry cough or skin irritation. These symptoms may be localized to one part of the building or present throughout and are usually assumed to be caused by poor indoor air quality or the presence of toxic materials.

The UAE press regularly carries stories by medical professionals who mention that dozens of office workers visit clinics every month, complaining of headaches, sore throats, itchy eyes, breathing difficulties and skin complaints. These symptoms are diagnosed by the professionals as related to SBS.

There are hidden volatile organic compounds in most buildings that have been there long-term: chemicals that are off-gassing from paints, carpets, toilet deodorizers, mothballs, aerosol spray products such as hairspray and sunscreen, chlorine bleach, detergent, cheap candles, laser printers and photocopiers.

The list goes on. These substances can irritate your eyes, nose and throat, damage your central nervous system and other organs and might even be carcinogenic. Indoor air pollution can also come from dust, lead in wall paint, formaldehyde from pressed wood products, combustion sources and chemicals in curtains (whether fabric or in the shower) and even clothing.

According to the World Health Organization, 3.8 million premature deaths every year from noncommunicable diseases such as stroke, chronic obstructive pulmonary disease and lung cancer are linked to household air pollution exposure. It’s nothing new; WHO first named this syndrome back in the early 1980s, going on to release regular reports on the issue.

In a twist, the appearance of SBS in the mid-1970s has sometimes been attributed to decreased ventilation standards for commercial buildings to increase energy efficiency, following the Arab oil embargoof 1973, when oil-producing countries such as the UAE and Saudi Arabia boycotted the US because it was sending billions of dollars in aid to Israel.

There are more environmentally friendly options and construction practices in the UAE, such as the Sustainable City in Dubai and Abu Dhabi’s Masdar City, one of the first sustainable urban communities in the UAE. But that is not what your average home looks like here. I was reminded of this syndrome whenever my mother, who is struggling with bone cancer and sensitive to almost everything, came to visit me in Dubai.

The sneezing, the rashes and the dizziness she felt in my apartment alerted me to elements I may have been missing. So I started checking everything one by one.While I have been mainly using chemical-free cleaning products, I soon discovered many culprits. Those candles I’d been given as a gift contained odd chemicals that I couldn’t understand. The chair I was sitting on wasn’t made of real wood after all, but “chemically treated” – an indication made in very small font with no elaboration.

Detoxing my house was not only a huge eye opener but a major strain on the wallet. Replacing mainstream items containing chemicals with eco-friendly alternatives was expensive. And how far should I go? Did I know what type of paint was on the walls? What about the ceramics on the floor? The “wooden” doors inside the place that never lost their shine must have something on them, but what? Cooking utensils – even eco-friendly ones – have expiry dates that we may forget about. And even with a filter, the water in the shower triggered skin irritations in my mother.

And so, unintentionally, my mother became my filter and my radar.

Do any of us really know what materials our garments are made of? Soon I was looking at my blankets, my clothes and even my shoes. I bought organic cotton and bamboo blankets, which turned out to be soft and perfect for my mother.

While there have been big awareness campaigns about healthy diets and cruelty free vegan makeup and creams, there isn’t as much information around about the everyday things we use in our households.

A place has a physical and psychological impact on a person. I am glad environmental psychology and sustainable organic engineering and architecture are becoming popular fields of study. As I did more research, I became aware that WIFI routers and laptops, some lamps, as well as chemicals used in cars – especially  after servicing – are  just some of the things that make our life less healthy.

Searching for affordable replacement options for the entire house was quite a challenge in Dubai ; there is no one-stop shop. That is probably why people just opt for the accessible and affordable, without much thought about the long term effects. For even if something was advertised as “no preservatives used” I would still spot two or three strange chemicals that I had to google and still didn’t understand. Besides what is in our homes, what we wear and eat and how we eat it – there  is a lot to debate about the use of cell phones and their impact on our health.

Reports and allegations that they cause cancer and disrupt sleep patterns is met with research to prove otherwise, which is only to be expected with any multi-billion dollar industry. In 1602 an anonymous English author published an essay titled Work of Chimney Sweepers, which stated that illnesses often seen in chimney sweeps were caused by soot and that tobacco may have similar effects, making it the earliest written suggestion that smoking could be linked to ill health.

During the 1920s the first medical reports linking smoking to lung cancer began to appear. But most newspaper editors refused to report these findings as they did not want to offend tobacco companies who advertised heavily in the media.

Health warning labels finally made an appearance in 1985 after a lot of resistance and campaigning from the wealthy tobacco tycoons that even presidents avoided picking a fight with. It will be interesting to see when or if a health warning label ever appears on a mobile phone.

Until then, spend a mindful moment having a careful look around your home or your workplace. Many of us spend the majority of our time moving between the inside of some sort of building and a car – and if you are having any issues or symptoms you can’t explain, your immediate environment could provide clues. Or just think of it as prevention.

As the old Arabic proverb goes: “Good health is a crown worn by the healthy that only the ill can see.”