Menu
It's easy, cheap and anyone can do it. Achieving good health is a matter of breathing properly, fasting and taking ice cold baths. Life coach Benoit Demeulemeester explains how. 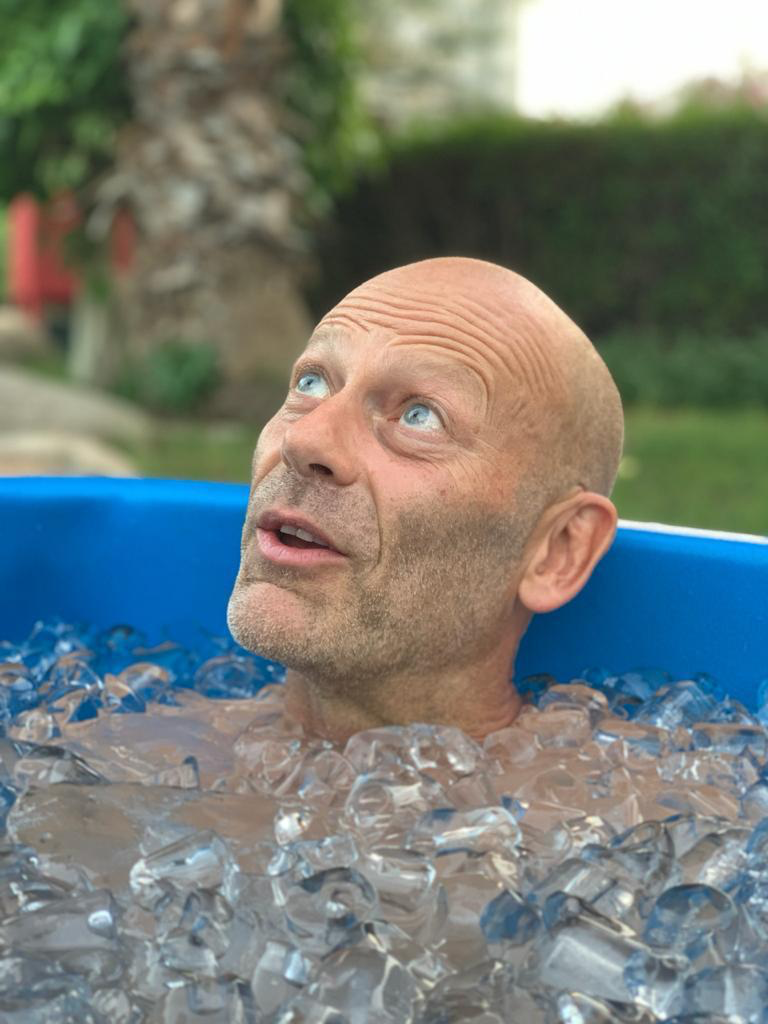 Benoit Demeulemeester/Cool in Breath Out

Benoit Demeulemeester has no ordinary Dubai backyard, and the neon sign that reads Health and Happiness Factory says it all. Several times a week, an eclectic group gathers there for sessions that include Wim Hof Method breathing exercises and ice baths, a little barbecue and, sometimes, time in the sauna thrown in for good measure. A Breathe In Cool Out session run by the Swiss career and life coach offers a welcoming, laid-back vibe that’s all about living life to the fullest.

Benoit joined The Livehealthy Podcast recently to talk about breathing, fasting and why the practice of sitting in ice-cold baths is hotting up all over the world, including the Middle East.

Why sit in an ice bath?

The list of benefits is so long. Some are proven and there’s a lot of research going on. It boosts your immune system and reduces inflammation, optimizes blood flow and circulation, helps to lower blood pressure and potentially unblocks the arteries. It also helps overcome anxiety and helps people who have a tendency to be depressed.

High-level sports people take an ice bath for quicker muscle recovery after a match or training session. If you think about it, what do you do if you’ve hurt yourself? You put ice on it — it’s almost instinctive.

Since January, I’ve started combining ice baths with a sauna.  The heat expands and dilates the arteries. The Russians and Finns know about this — they have a sauna and then go out into the cold, but only for 10 seconds, to close the pores. We go beyond that: we want to contract and close the arteries. We go from heat to cold three times. It detoxes, it boosts the immune system and gives the arteries flexibility. If you do that regularly, you will never have a heart attack because of blocked arteries. There is research to back this up.

I refer you to Wim Hof: he does yoga, meditation, breathing and ice baths and he has not been ill for 25 years. Tests were done on a random group who used his method and another group who did nothing. At the end of three weeks, everyone was injected with influenza. No one in Wim Hof’s group got it.

How did you discover the benefits of ice baths?

It started in 2019 when I was experimenting with fasting and I was wondering what to try next. I decided to try and expand my resilience to extremes of temperature. I started running in the desert and hiking in the mountains in temperatures of 45 degrees Celsius. That was the heat side.

If you Google cold, Wim Hof comes up very quickly. I did one of his online courses and was supposed to go and do a one-week course with him but then Covid-19 happened.

How do people react to the ice bath?

For some, it’s quite traumatic. They are so focused on the cold and the pain that they can’t think about their breathing. Some people become very emotional, some struggle and for some, it’s agony for the two minutes they are in.

Out of the 800 people who have come to my sessions, perhaps only six, seven or eight couldn’t do it. If that happens, I invite them to come back and try again for free.

I don’t let anyone stay in the ice bath for longer than 10 minutes because the health benefits are achieved after eight or nine minutes. I’m not interested in people trying to break their own personal records.

Shivering is an indication that some organs are not getting enough warm blood. The brain is the last place that the body will stop sending warm blood and the heart is second to last.

Can you have an ice bath at home?

Certainly. The best way is to get a freezer, fill it with water and when it starts to freeze, crack the ice on top and get in. If that’s not an option, have cold showers.

What draws people to your sessions?

I would say 70 to 80 percent want to experience the ice bath but actually the breath work we do is a much more powerful tool. Breathing before the ice bath really helps a lot with overcoming the body’s reaction to the cold.

Getting into that icy water is very stressful for your mind. Your brain is telling you to get out, it’s saying don’t do it, it’s not right. And normally, that would be correct — unless you want to reset certain things in your mind and body.

Slow breathing calms you down and after taking two or three of those breaths, you start to feel amazing. Over the last 12 months I’ve helped around 800 people feel comfortable in ice and I can’t recall anyone getting out of the ice bath because they couldn’t stand it. If they did get out, it was because they felt stressed — they were in fight or flight mode.

The effects go very deep. Some people have three sessions and find their asthma is almost gone. Others have found their anxiety is more manageable, especially during the pandemic. I now do extreme sessions on Saturday afternoons. Normally, we do four rounds of breathing. But on Saturdays we do 10. One girl cried from the sixth to the 10th round and afterwards she said she felt a total sense of relief. Some people say they have an out-of-body experience.

Why is the breathing so important?

Breathing properly is the only thing that has been proven to improve health regardless of where you live in the world, much more than what you eat or your environment.

Of course, the basis of yoga is breathing. Shamanic breathing is very close to the Wim Hof method. It’s a kind of hyperventilation with retention and it stabilizes levels of oxygen and carbon dioxide. Nowadays we can measure oxygen levels in the body but they couldn’t do that a thousand years ago.Typically, after breathing exercises, people can do 50 percent more push-ups.

The main thing is that we should all do breathing exercises in one form or another every single day. It doesn’t have to be the Wim Hof technique. Whether for energizing, focusing, calming, there are so many other techniques.

What role does fasting play?

Fasting boosts the immune system and it’s life-changing. Autophagy is the body’s way of cleaning out damaged cells, in order to regenerate newer, healthier cells, and fasting causes autophagy to kick in.

In this part of the world, they know about fasting and take it seriously. But the trouble is, they don’t do it for long enough. Try to fast more than 14 hours and increase it to 16 or 18 hours and try to fast for 24 hours every two weeks to really give your organs a rest. Not eating does not make you weak.

The longest fast I’ve done is seven days and I did it twice. The most extreme was 44 hours of dry fasting — that’s without even water — and the autophagy exploded. My skin changed and I lost two kilos of fat.

Finally, your recipe for good health and immunity?

Fast, breathe, meditate to sleep better and take ice baths. It’s easy, it’s cheap and anyone can do it. If we all did all of that, we wouldn’t need so many doctors.

• Benoit Demeulemeester was a guest on the Livehealthy podcast on April 14, 2021. For more information visit his website, endorphins.me.

Training in the summer heat could improve your fitness

Why coffee is good for you 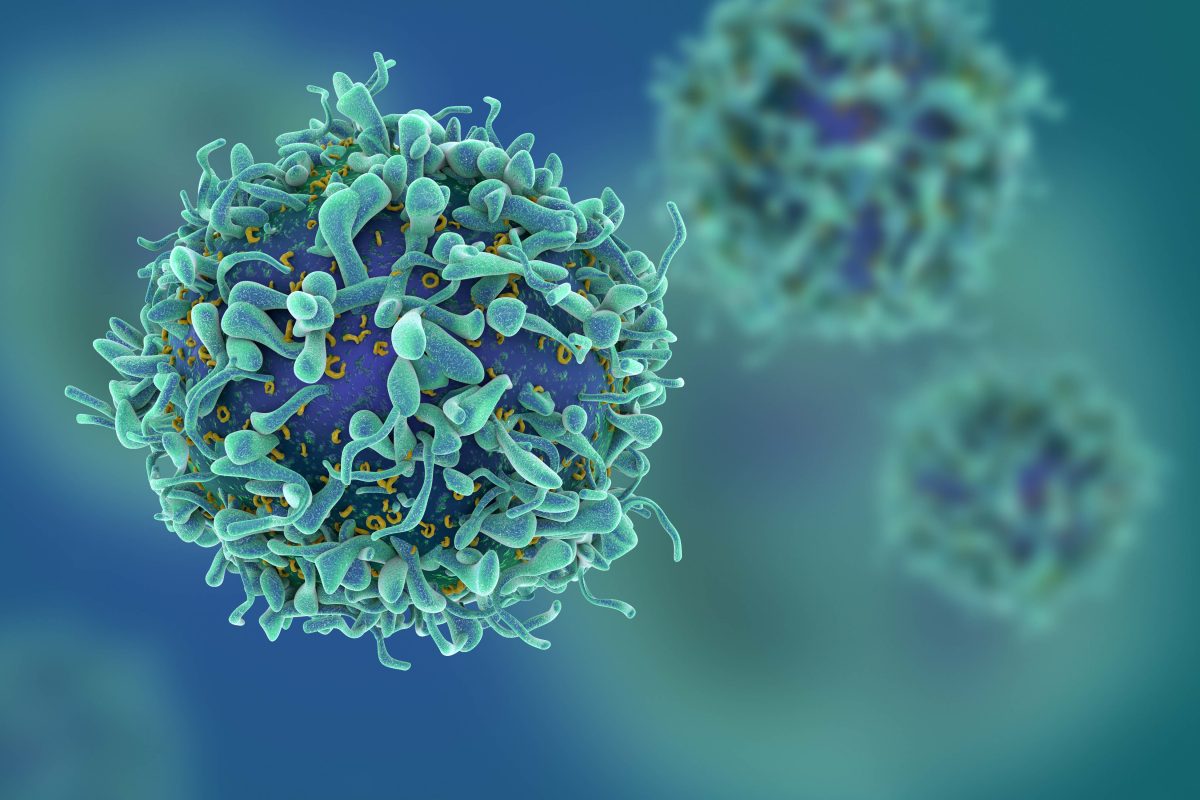 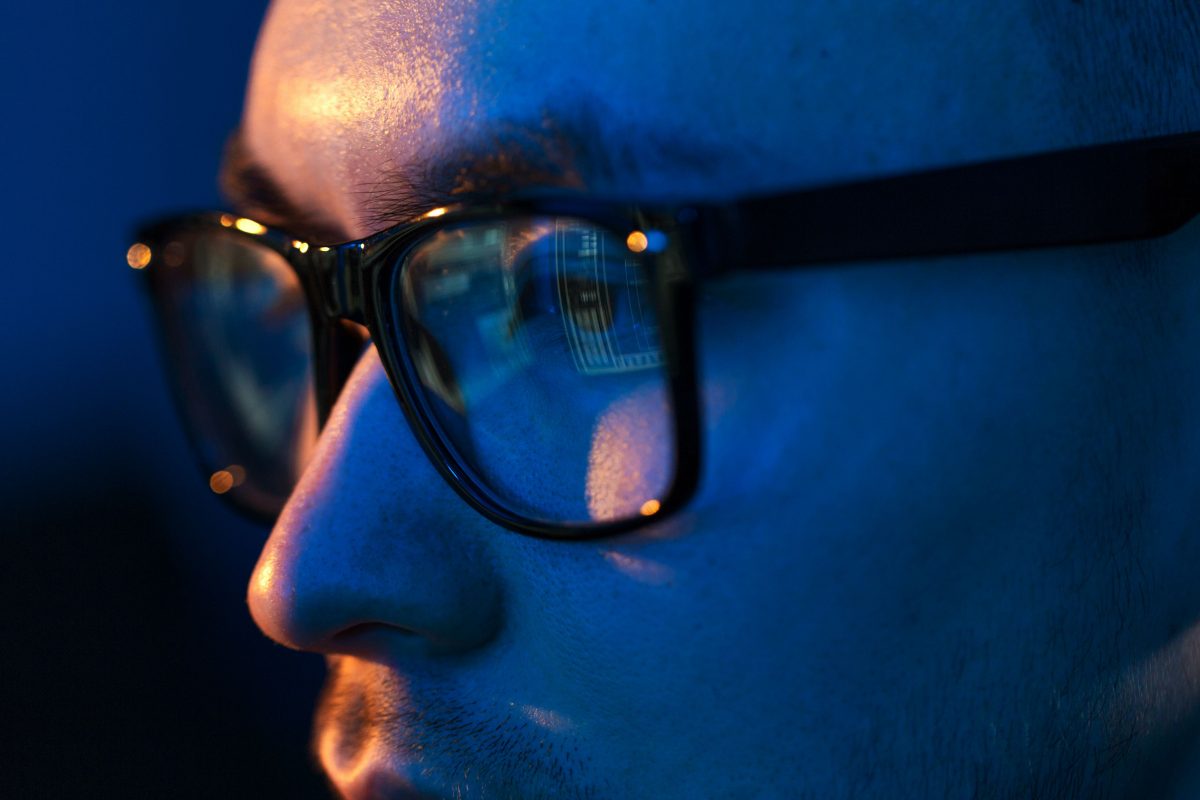