Menu
Bus schedule flapping, sweat dripping and panic rising. My first scenes in the Italian capital are not even close to the glamorous montage I had envisioned when planning “Rome Alone”. My first solo travel venture is, strictly speaking, a work trip, but I don’t let that small detail get in the way of my quest for soul-searching and general worldliness. I have visions of gliding down the Spanish Steps in a floaty dress and floppy hat,... 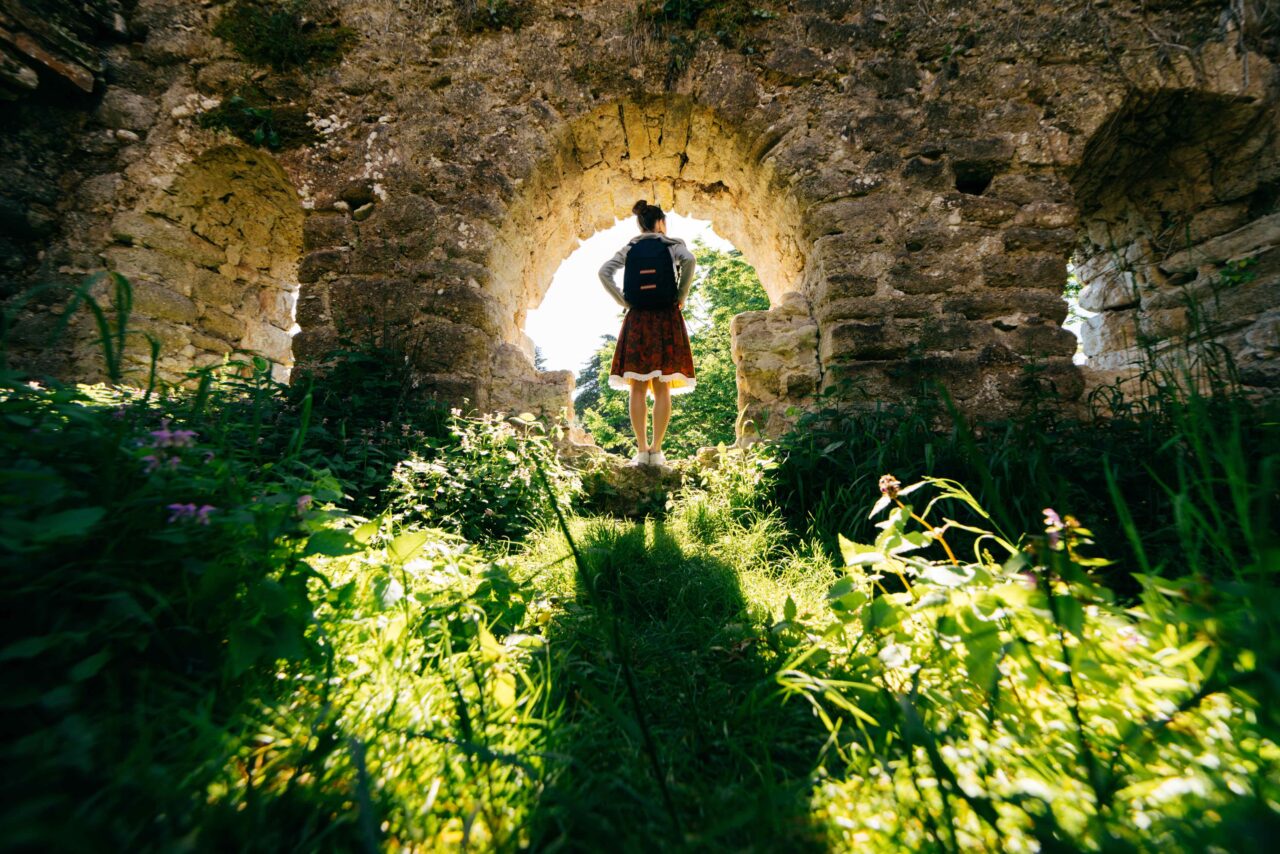 Bus schedule flapping, sweat dripping and panic rising. My first scenes in the Italian capital are not even close to the glamorous montage I had envisioned when planning “Rome Alone”.

My first solo travel venture is, strictly speaking, a work trip, but I don’t let that small detail get in the way of my quest for soul-searching and general worldliness. I have visions of gliding down the Spanish Steps in a floaty dress and floppy hat, face set in a serene smile. Sophia Loren reincarnated.

Back in the real world my local SIM card won’t work, I haven’t a clue how to get to my hotel and my new gladiator sandals (an ode to Russell Crowe) are slicing my feet to shreds. That night (after eventually sacking off the bus and flagging a taxi) I give myself a stern talking to, dig out my trusty Converse and plan an itinerary for conquering the Trevi Fountain, the Colosseum and the Vatican. Prayer hands emoji.

And, riveting though it was, I’ll save all the “Dear Diary” stuff and get straight to the point: lone travel is one of the best things that I have ever done for my confidence and self-esteem – and I’m not the only one who feels that way.

Since the pandemic, a record number of people are traveling solo, with more female travelers venturing out alone than ever before.

According to a report by MMGY Travel Intelligence, one in four Americans planned to take a trip alone in 2022. Numbers from UK-based travel insurance company InsureMyTrip, meanwhile, report that 84 percent of lone travelers are female.

For former Dubai expat Angela Minervini, lone travel wasn’t something she had planned, but the experience changed her life completely.

“I had planned to travel for a year with my partner, but we broke up at the start of the trip,” says the 34-year-old teacher. “I was faced with a decision to either go home and give up or carry on alone. There was no way I was going to curl up and admit defeat.”

Minervini went on to travel across South-East Asia for five months, spending time in the Philippines, Indonesia and Thailand.

“Without sounding like a total cliche I think it helped me grow as a person,” she says. “It forced me to be confident and social in some situations, more careful in others and also helped me realize how much I valued time on my own.”

Now Minervini encourages everyone to experience traveling alone, even if they are in a relationship.

“My lone traveling started from necessity, but although it was quite scary at first, it was liberating and refreshing to do exactly what I wanted all of the time.

“I found it to be very good for the soul.”

Experts agree that traveling alone can be hugely beneficial for mental health and well-being.

“Solo travel as a woman can be something deemed as scary, dangerous or risky, especially in unknown places and with today’s culture and crime rate, however, there are so many benefits to solo travel for wellbeing and mindset, if you can push past the fear,” says Heather Broderick, a Dubai-based life coach.

“We read of the Eat, Pray, Love type retreats where people escape real life and retreat to a foreign paradise to find themselves and become clear on their new direction, and I feel that being alone, with none of the responsibilities of everyday life, gives us time to reflect, prioritize, reconnect with ourselves.

“For me, any period of solo travel cultivates a sense of gratitude, either for the time we are away and what we have learned or for what we have at home that we perhaps never saw the beauty in before.”

For Jemima Cunningham, 31, solo travel was also a practical solution that became a preference. A couple of years on from her first solo trip and she has traveled to dozens of countries and explored some of the world’s most far-flung — and often dangerous — destinations.

“I don’t feel like I have to rely on anyone for anything anymore,” she says.

“Yes, there have been awkward and uncomfortable situations, but dealing with them makes you realize your capabilities and independence and that is really empowering.”

Cunningham, a Brit who lived in Dubai for seven years before moving to Bali in May, has traveled to the likes of El Salvador, Guatemala, Burma and Taiwan alone, and encourages lone travelers to get off the beaten track.

“When you go to less commercialized places, the locals are really happy to see you and will go out of their way to make you feel welcome and safe,” she says.

“For any female considering traveling alone, I’d say just do it. Don’t be scared.

“Dubai is like the center of the earth for exploring. There are so many incredible places on the doorstep.”

The tourism industry is also adapting to accomplish the surge in solo travel.

Around the world, travel agents are offering an increasing number of solo packages catered to all ages. And closer to home, the UAE’s many staycation deals are a great way to dip your toe into solo travel without going abroad, with Dubai recently rated as the third safest city for solo female travelers.

For those who want to meet in the middle, companies like Dubai-based The World At Her Feet is an all-female tour operator that organizes far-flung trips for like-minded women, offering the freedom of solo travel with a safety net for first-timers.

Back to “Rome Alone” and I’ve learned how to ride the underground, how to ask for directions and how to polish off a whole pizza and spag bol combo by myself — skills that serve me to this day.

The sense of accomplishment is overwhelming, as is the carb coma. So often we doubt our abilities, fearing the worst and preventing the best from playing out. Solo travel puts you at the heart of the action and makes you the heroine of the story, and you get to see the world in the process.

And, though leaving our comfort zone seems scary, the more we travel, the more powerful and brilliant and self-sufficient we become. So embrace the unease, celebrate the triumphs and then do it all again.

After all, Rome wasn’t built in a day. 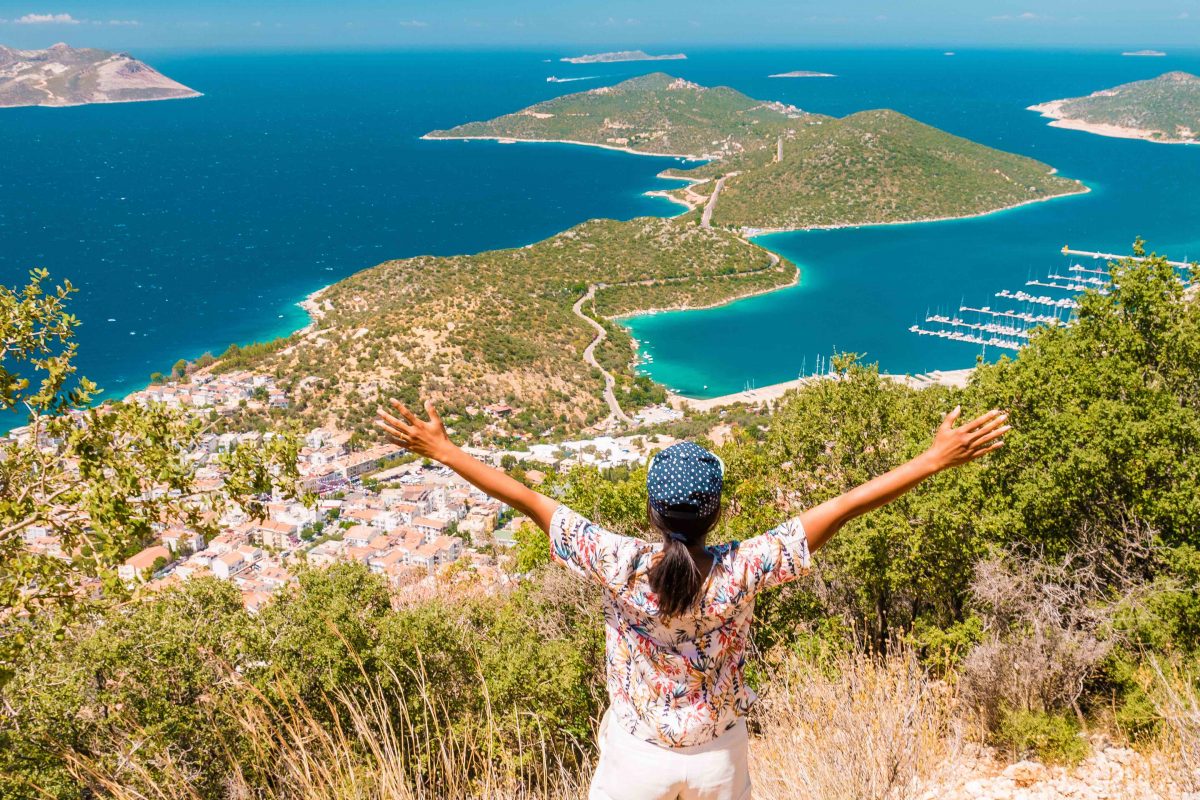