Menu
A painful back injury forced Jesse Akister to change her lifestyle and get fit. She then searched for a holistic method to stay fit, the philosophy which underpins the platform for women she founded, The Shero Life, in Dubai 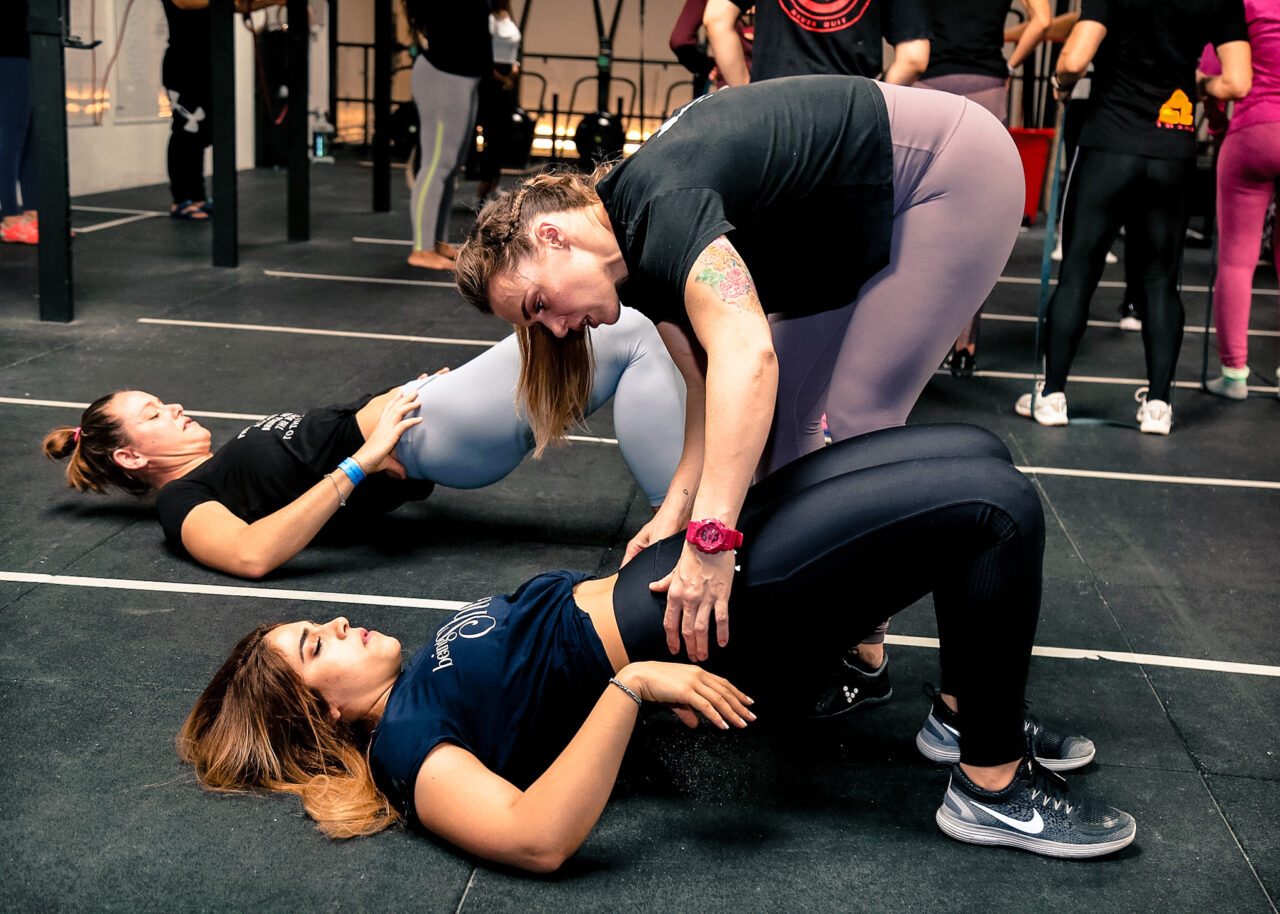 Jesse Akister is the founder of The Shero Life, an online community and education platform for women offering workshops and training with top experts in holistic fitness and wellness. Akister launched the platform two years ago in Dubai after her own quest for pain-free fitness led her to leave her day job as airline cabin crew and concentrate on training.

When Akister first arrived in the UAE 14 years ago to work for an airline, she plunged headlong into a full-on party lifestyle.

“I was a fresh-faced 22-year-old and I did the normal Dubai life,” she says. “I partied hard, did all the brunches and didn’t look after myself.”

And she paid for it. She gained weight and during a flight she hurt her back badly; only very strong pain killers enabled her to get through the rest of a packed two-week schedule of private flying. When it was over, she went straight to an osteopath, who told her bluntly that she had to get fit to avoid a repeat injury.

“It was my wake-up call,” says Akister. “Growing up in Australia, I had been fit and active, I’d done lots of sports, but I had completely let myself go.”

Akister devoted herself to CrossFit and powerlifting training, going on to represent her country and competing internationally.

She also qualified as a coach, but “just for my own interest,” she said. “I did not aspire to coach other people.”

But other people started asking, and eventually her coaching sessions were taking up more energy than her day job and so she went full-time.

Why did you launch The Shero Life?

“My aim is to help people out of pain and into their potential. I have competed at a very high level and I enjoyed the challenge of training, but I kept having niggling back pain. About four years ago, I started thinking there had to be a more holistic way to train other than killing yourself in the gym. I had good nutrition habits, I slept well but there was still something missing.

Most women I work with are high achievers, super busy – it’s that typical Dubai thing where we never take time off and when we do, we vegetate with Netflix or go for a brunch. It’s my belief that training can and should nurture the soul.

Now most of my work focuses on rehabilitation and helping to build a positive relationship with movement. We partner with experts that contribute to women being whole and healthy.”

What do you do with people addicted to exercise?

It’s a process. In the beginning, they carry on training as usual, but then I slip in some different ways of doing things. Instead of six days, we take it down to four, and prioritize sleep so that you have proper rest days.

Over time, they realize they feel better. They’re not in pain, they’re doing better at work, they have more patience in their relationship, they have a sex drive.

Overtraining and undereating are all negative heath signs, but it’s not until you feel the flip side that you wonder what on earth you were doing before.

I recently found out that unilateral forward motion – walking or cycling – is great for stabilization of the body and encourages lateral motion of the eyes, which is very good for people who are really stressed.

Nasal breathing is beneficial because unlike the mouth, in your nose you have a filtration system. You have to think about breathing through your nose at first, but it gets easier with practice.

I’ve been around high-level athletes a lot. At one training camp, we were six women and three said they hadn’t had a period in years and the doctor just told them it was normal in women who train hard. But just because something is common doesn’t make it normal or healthy.

How did it come to this?

The fitness industry is mainly male. Most of the research is done on men. Women who don’t have periods don’t even think to mention it to their coach, who is usually a man, and the coach doesn’t ask.

Sleep quality, periods, digestion, even what your poo is like – these are all health markers. A good coach will ask about those things. If they don’t, then they don’t understand how to support healthiness in a human.

There’s so much bad information out there about this or that fancy diet from people who are not experts or who are being paid to endorse things. It leaves so many people vulnerable because they don’t know better.

Fitness or weight loss is a lot more complicated than “eat less, exercise more.” You have your basal metabolic rate: this is the number of calories you burn just to be alive. If you are in calorie deficit for a very extended length of time, your body will downgrade that basal rate to use less energy. A lot of female clients tell me they chronically restrict what they eat and then they binge because they’re starving. And if you’re chronically stressed as well and not sleeping, you will end up with inflammation and the body will hold on to absolutely everything it can get because it’s afraid you’re trying to kill it by not giving it what it needs to function.

You can see it in people when they have inflammation –10their faces look puffy and swollen. Telling someone like that to train more and eat less is doing them serious damage. We have to be responsible for what we consume. We can’t control an influencer’s diet.

How have you seen people react during the pandemic?

There are two extremes. Some have gone deep into a hole but some have gone on a search to know themselves better and that’s been beautiful to see.

We offer online training, webinars, master classes, networking events and community workouts. Previous workshops are all available on video. In January we had a pelvic floor workshop and pre-and post-natal Pilates. That came from working with women who still didn’t feel right a couple of years after having kids. I learned a lot. I’m also researching perimenopause now, because a lot happens at that stage of a women’s life.

• The Shero Life will be holding a free community event in Damac Hills February 12 as well as a yoga for deep connection class on February 20. February 14 is the launch of Fit(H)er, an eight-week training camp for women teaching the foundations of strength training.

Jesse Akister was a guest on the Livehealthymag.com podcast on February 10, 2021.

Holistic versus conventional medicine - 'there needs to be a marriage'

A psychologist's advice for helping children with webcam anxiety 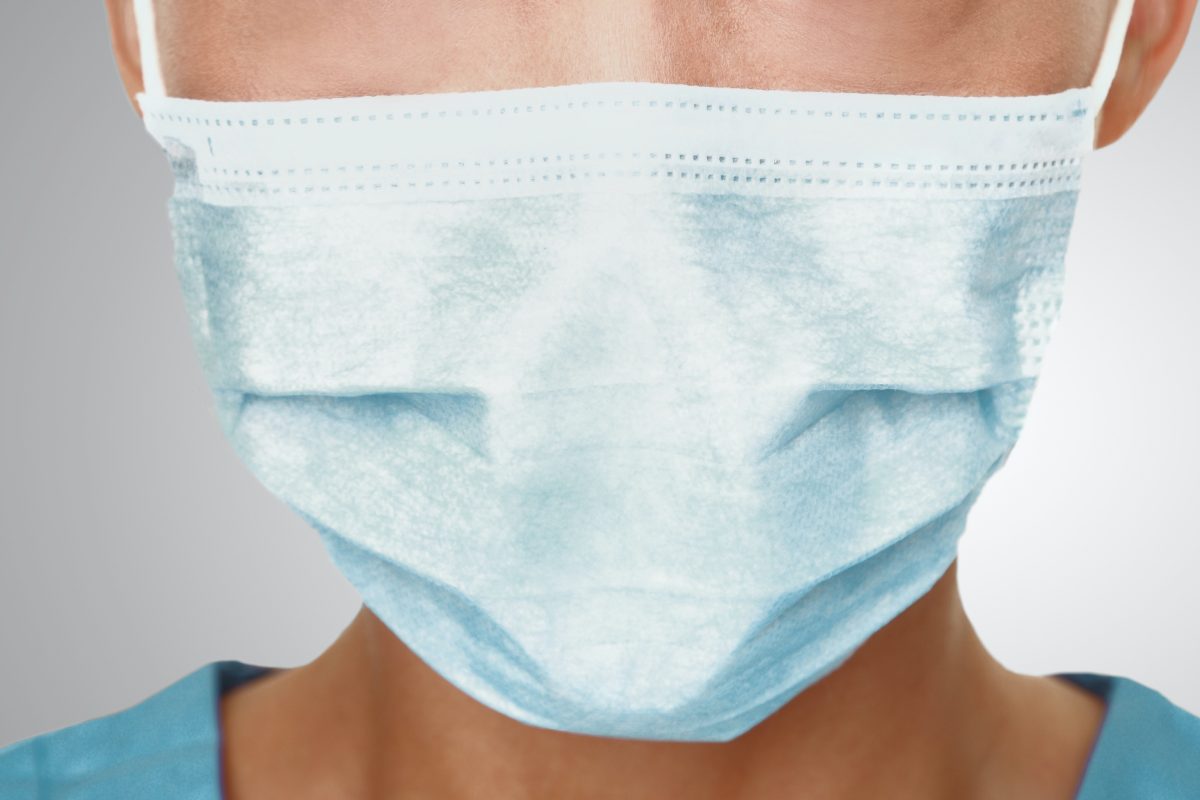