Menu
The National Aquarium — the largest in the Middle East — has finally arrived. The new landmark opens Friday, November 12 at Al Qana, Abu Dhabi’s latest tourist leisure and entertainment destination, is home to 46,000 creatures are spread across 10 different interactive zones.  What makes this aquarium different? Innovation is a key USP. Video-mapping technology and signage guides that beam straight on to your phone or tablet device via an app mean you can explore the... 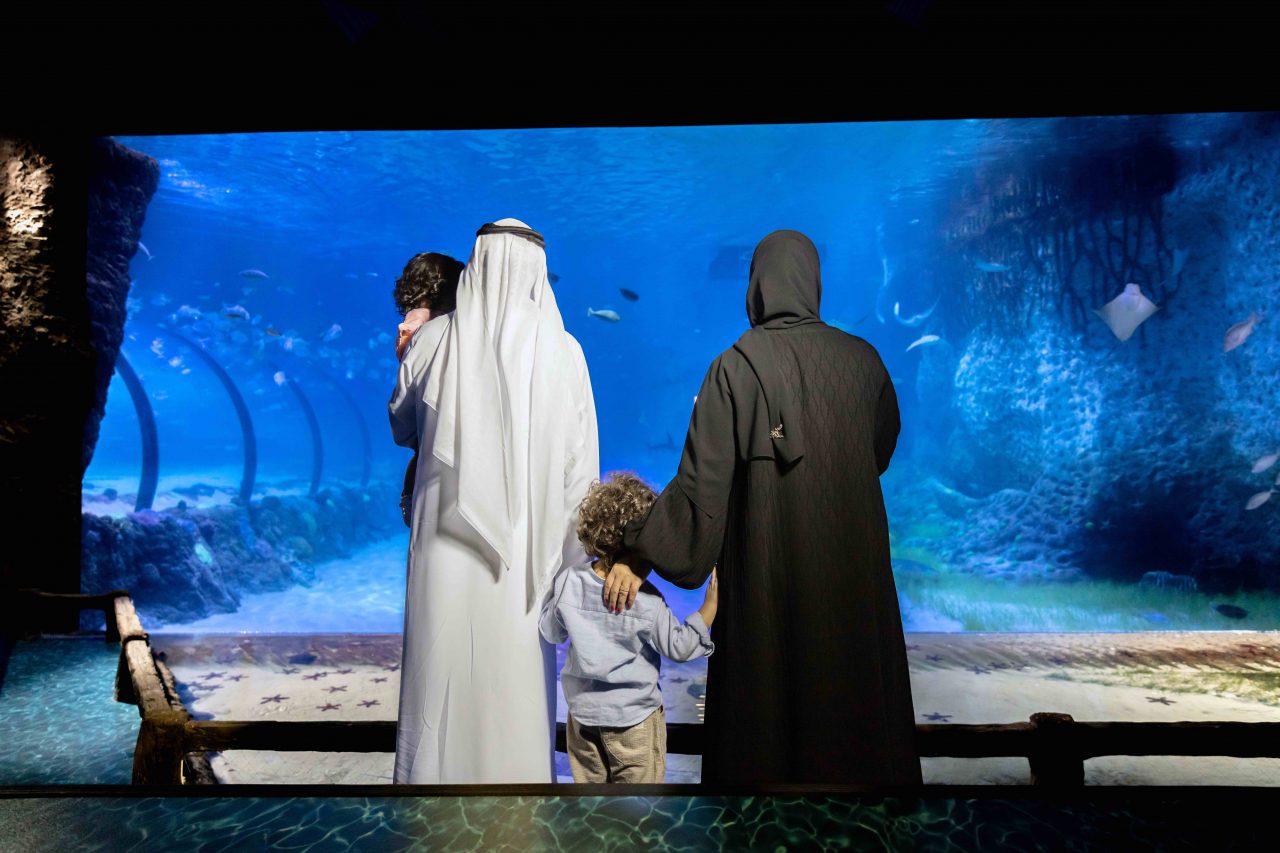 The National Aquarium — the largest in the Middle East — has finally arrived.

What makes this aquarium different? Innovation is a key USP. Video-mapping technology and signage guides that beam straight on to your phone or tablet device via an app mean you can explore the marine facility at your own learning pace.

The National Aquarium also has the backing of The Environment Agency – Abu Dhabi (EAD), part of a five-year partnership to create the largest and most innovative rehabilitation program of its kind, with the sole aim of protecting and rehabilitating wildlife in the emirate of Abu Dhabi.

“Education, rescue, and rehabilitation are guiding priorities for The National Aquarium,” explains Paul Hamilton, general manager. “Our entire facility has been designed to provide both children and adults with world-class interactive learning opportunities, to spotlight the vital role our marine environment plays on the wellbeing of all.”

The aquarium has already been involved with whale shark rescues and worked to rehabilitate and release 250 sea turtles back into the Arabian Gulf, holding up its promise to contribute to conservation in the Emirate.

Their turtle rehabilitation program ensures that any turtles discovered washed up on shore are brought to the aquarium to be nursed back to health. With a normal stay of around a year, when they are ready they are released back into local waters.

And to really get an idea of how well the animals are looked after, visitors can opt for a Behind the Scenes Tour. There, you can see everything from incubators for new marine life, a surgery room with built in X-ray equipment, and the ICU, where the very sickest animals are taken to be monitored. They even have provisions for creating salt water and an area to make their own food for the fish.

Inside The National Aquarium

As you head through the entrance towards the 10 different zones, you’ll start at the UAE’s National Treasure area, where you’ll find the rehabilitated turtles and other marine life. The Red Sea Wreck zone features fish that can change from female to male, and some marine life that prefer to disguise themselves as rocks.

The Ring of Fire zone boasts lots of information about how much waste there is in the sea, with an interactive volcano exhibit using sand and projectors. It’s great for the kids.

Magic Ocean zone features fish that have special party tricks, such as changing colour. It also boasts an old VW Beetle, which is used as a fish tank and an interactive plankton wall.

Frozen Ocean is home to the only puffins on this side of the world (you’d normally only see them in northern climates). The Flooded Forest is where you’ll find uncaged rainforest birds, which fly overhead as you walk through lush greenery. You’ll also find the Super Snake here, believed to be the longest reptile on display in the world.

Bu Tinah Island features a transparent walk-through tunnel, which has fish and sharks swimming all around you. Glass-bottomed dhow boats offer a birds-eye view above. And don’t miss the divers feeding the fish at different times of the day.

With around 60 exhibits across 10 zones, a glass bridge walk, scuba diving with sharks and rays or animal encounters, visitors will have no problem whiling away hours inside.

• Tickets for The National Aquarium start from Dh150.

Why CRANK Abu Dhabi is worth the hype

'Sugar is having a detrimental affect on our health'