Menu
It’s easy to get confused and overwhelmed when it comes to the best way to be healthy and fit. And if you read lists of the hot fitness trends of 2019, that’s exactly what what might happen. 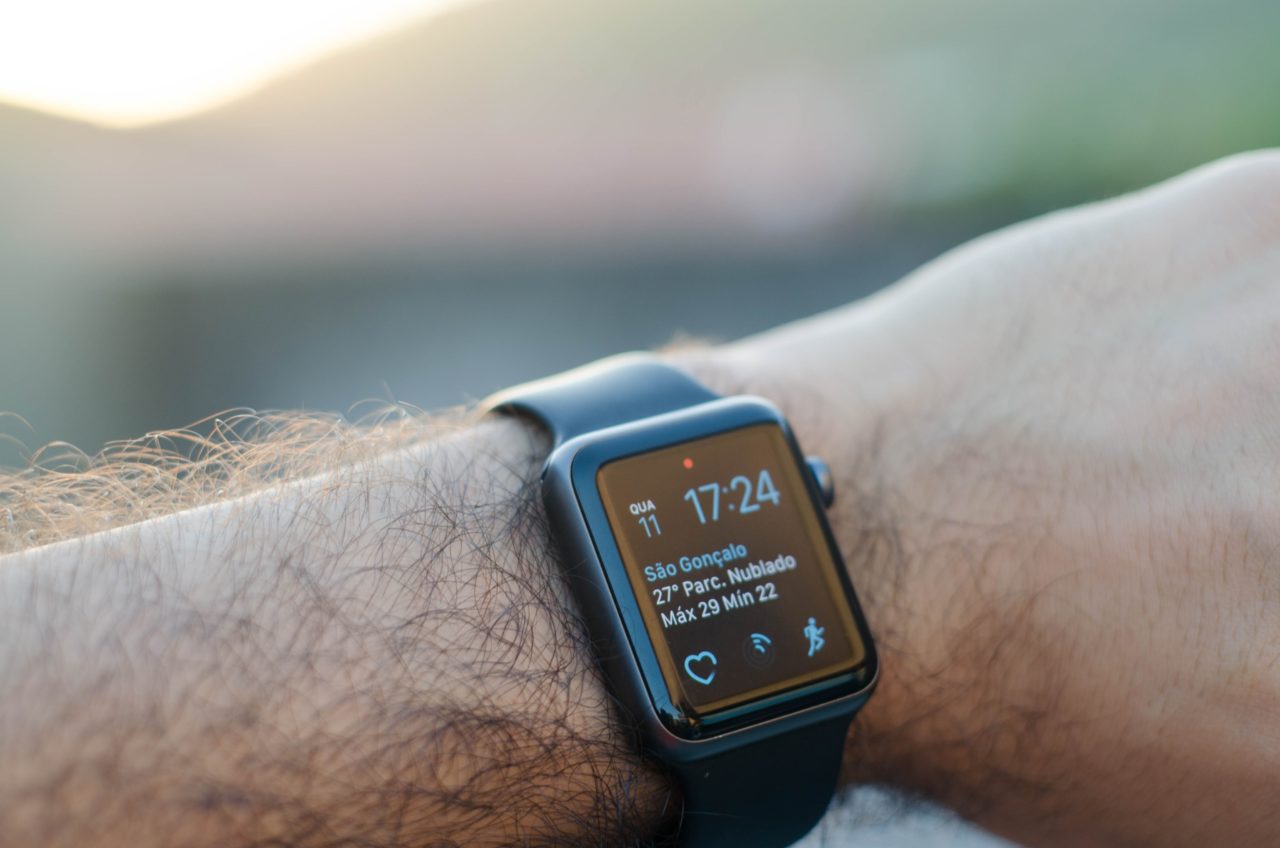 It’s easy to get confused and overwhelmed when it comes to the best way to be healthy and fit. And if you read lists of the hot fitness trends of 2019, that’s exactly what might happen.

For example: the “mouth sensor” trend, in which athletes are gargling sports drinks and spitting them out near the end of a race or event, all to trick the brain into thinking fuel is on the way when they could least ingest it. As Outside magazine reports, scientists are exploring a number of ways that this concept could be applied to everything from menthol to spice, all in an effort to trick the brain into getting the body working harder. Or you could go down a rabbit hole involving names like Holodia, ARX, Black Box and VirZoom and get mixed up in all the dizzying possibilities of the augmented and virtual reality world, also pegged as one of the top fitness trends of the new year.

But you really just need to get moving, right? That can be hard enough to figure out at the best of times — for all of us at one time or another — so why not keep it simple, sustainable and do-able. Here are seven ways to do just that, and you won’t need a headset or a scientist, either.

Even though it seems like everyone must be wearing some kind of measuring system, the wearable trend is still strong. Wearables were named the top fitness trend for 2019 by the American College of Sports Medicine’s Health and Fitness Journal.

With more than 100 million wearables already sold worldwide this year, it’s one of the fastest-growing segments of the fitness consumer industry.

Sharon Stamper, a lawyer from London now living in Dubai, started wearing her Fitbit Versa in July. She wanted to keep track of how much she was moving. “Due to having a desk job and primarily working from home, together with weight gain, I became conscious that I was not moving as much as I used to, or should,” Stamper said.

She uses wearable technology to track her heart rate and exercise, which includes a mix of strength training, bootcamp, walking and jogging. The Versa also helps her keep tabs on her calorie intake.

Stamper is one of millions of people worldwide who use a fitness tracker. In 2014, 28 million units were shipped globally; by 2020 this figure is expected to reach 170 million, equalling global sales of athletic shoes, according to statistics website statista.com.

In the UAE, there has been a 43 percent increase in the growth rate of smart wearables this year, and with solid sales in recent years, it’s no surprise that wearables have been named the top fitness trend three times in the last four years.

While group fitness sessions have been popular for decades, it only made its top 20 debut in the survey in 2017, appearing at number six. It came in second place in the 2018 list. And boutique and group fitness gyms continue to open in the UAE, with the likes of F45, Crank in Dubai and Punch in Abu Dhabi and more on the way.

Trevor Brennan, chief executive for Les Mills International in Russia, India, Middle East and Africa, says the group aspect of the classes is a key factor in keeping people motivated.

“All of our workouts are geared toward people making people want to do them, even down to the words our instructors use,” he says. “Our instructors are trained to use certain words when instructing a group, to encourage more intrinsic motivation and bring together the ‘groupness.’ There’s a lot of research behind that.

“We have a team in Auckland who research not just the musculoskeletal movement, but also the music and words that are used – the psychology.”

HIIT has exploded in popularity in recent years as people look for faster ways to lose weight and get fit. HIIT typically involves short bursts of high-intensity activity (heart rate above 85 percent) followed by a short rest, with workouts lasting no longer than 30 to 45 minutes in total. A small study published in the American Journal of Physiology – Regulatory, Integrative and Comparative Physiology in November found that a few minutes of HIIT or sprinting exercise could have the same cellular benefits as much longer exercise sessions. “A total of only two minutes of sprint interval exercise was sufficient to elicit similar responses as 30 minutes of continuous moderate-intensity aerobic exercise,” the researchers wrote.

Fitness programs for older adults was a key trend in the survey. However in the UAE, where 21 percent of the population is under 14 years of age, there has been a rise in the number of fitness programs for children. Laura-Helene Kopinski, founder of Inner Seed, is just one of the teachers bringing yoga to children with her Tuesday classes (4.30-5.15pm) at The Studio in Abu Dhabi.

Kids’ gyms and fitness classes have joined the ranks of typical childhood sports, such as football and tennis. And Spartan Arabia is just one of the companies bringing fitness competition to the younger set, with its Spartan Kids program that let’s children as young as four race through an obstacle course for time.

All are helping to tackle the rates of obesity and excess weight, which sit at almost 40 percent in the UAE.

The age of the rogue trainer in the UAE is over. The Abu Dhabi and Dubai sports councils have made it mandatory for all fitness instructors to be registered with REPs UAE. This ensures that they have met national occupational standards, hold recognized and approved qualifications, have been independently verified as competent and are committed to ongoing professional development. To find out if your instructor or trainer is registered with REPs UAE, just search their website.

In the UAE, where people can tend to have higher amounts of disposable income and access to home gyms or gym memberships, personal fitness training is on the rise, says Devinder Bains, a personal trainer and co-founder of Fit Squad DXB.

People are becoming more conscious of being fit and healthy, and of the value of taking better care of their bodies – meaning they no longer see it as a luxury, she says.

“Whereas once personal training may have been seen as a luxury, many people now see it as an integral part of their wellness regime,” she says. “We’ve seen a rise in the number of companies and individuals that are prioritizing wellness.”

Yoga — and all its variations — has regularly featured in the top 10 fitness trends since its first inclusion in 2008. Most gyms and fitness centers in the UAE offer some form of yoga class and there are hundreds of dedicated yoga studios across the country. When Bodytree Studio first opened in Abu Dhabi in 2007, its owners were unsure how popular it would be.

“We believed in the value and benefits of yoga and over the past decade we have been proved right as its popularity has grown exponentially,” says owner Nadia Sehweil. It was the first studio in the capital to offer gentle yoga classes. “The quality of yoga classes and workshops have increased in line with expectations as people become more aware of what they are looking for in their practice. Keen students often become yoga teachers themselves, feeding the talent available to new yoga studios, which pop up in the city every few months.

“Today there is something for everyone in our timetable, from challenging styles for A-type personalities and sportspeople, to gentle styles for those in need of something more restorative. Anyone can practice yoga.”

This type of fitness uses strength training and other activities/movements to improve balance, coordination, strength and endurance to improve daily life. It is used a lot for older adults and in clinical programs to replicate tasks done around the home. And functional fitness moves, including lots of rock climbing combined with weightlifting, was a big part of the regime that helped get Jason Mamoa in shape for his lead role in the recent film, Aquaman.

Although he has to be in top physical shape for his films, the actor hates going to the gym.

“I just have a really hard time training for vanity,” he tells Men’s Journal. “These roles kill me because I’m not into that… You want to look good, sure, but you have to do so much for the part that you get injured. You have to protect yourself. Train for function rather than how you look, man.”

Adopting a pet but live in an apartment?

Your guide to UAE fitness events in 2019