Menu
Mental health is a subject rarely discussed by adults and almost never with or by children. But from this month, children at Al Watan School in Shakhbout City have a new book to help them try.  And if they get stuck or have questions, they can simply ask the author, Ben Smith, who also happens to be a teacher at the school. A Zebra Named Zion tells the story of a young zebra who learns... 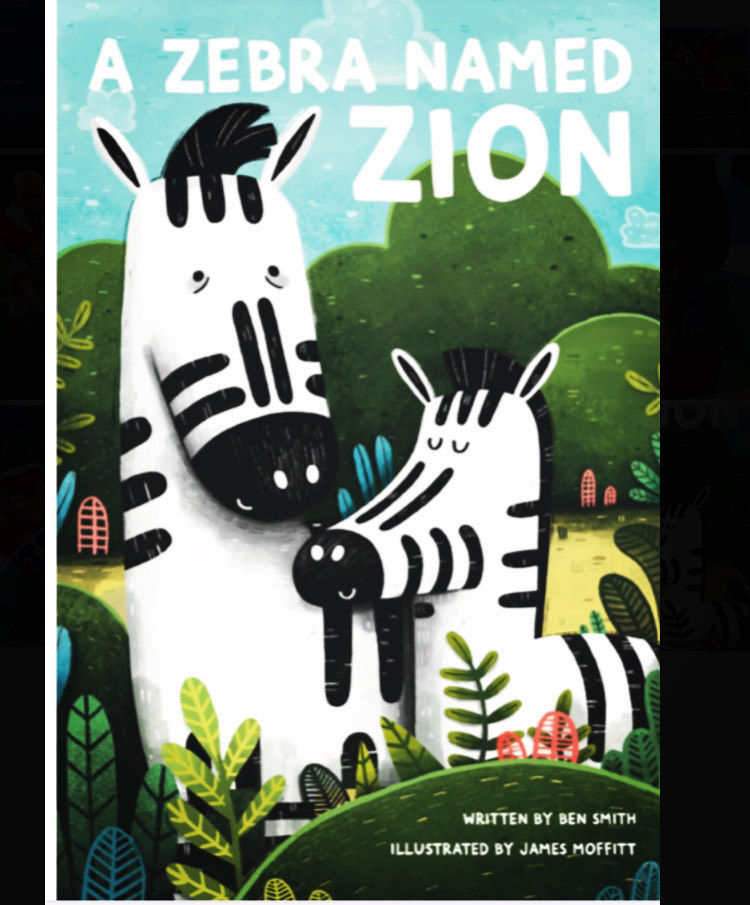 Mental health is a subject rarely discussed by adults and almost never with or by children. But from this month, children at Al Watan School in Shakhbout City have a new book to help them try.

And if they get stuck or have questions, they can simply ask the author, Ben Smith, who also happens to be a teacher at the school.

A Zebra Named Zion tells the story of a young zebra who learns that no one feels happy and carefree all the time and that it is fine to feel sad. Most importantly, he also learns that sadness eventually goes away.

Ben teaches Year 3 at the Abu Dhabi school and says he wrote the book precisely because there is so little about mental health written in language that young children can understand easily.

“I looked around but it was very difficult to find any books or materials that mention mental health. It’s an area that’s simply not covered,” he says. “Parents want to shield their kids and that’s understandable, but if kids don’t hear about mental health issues, they can’t deal with them.”

Ben knows what he’s talking about; when he was in his late teens, he struggled with his own problems.

“I felt useless and fed up and I was very anxious and I didn’t talk about it,” he said. “It was a very scary time for me, yet I can’t remember any talks about mental health at secondary school. I firmly believe this is something that should be done in primary school.”

Numerous studies show that mental health is a serious problem among young people, especially males. In the UK, for example, suicide is the second biggest cause of death after road accidents in males between the ages of 15 and 24.

“Eighty percent of suicides worldwide are by males, but there is a huge taboo round the subject,” says Ben.

The 29-year-old Irishman moved to the UAE a year ago, but has also taught in  Ireland, Australia and elsewhere in the Gulf. In this region he has noticed problems arising after family break-ups due to divorce and the subsequent absence of father figures.

“You notice kids who are withdrawn and they tell you they don’t like being at home,” he says. “They can’t learn and they don’t have the tools to express themselves. That’s why I wrote the book. I want kids to feel comfortable talking about how they feel and I wanted to explain that in a way that’s accessible.”

A Zebra Named Zion is Ben’s first book and is aimed at five to 12-year-olds. As a young zebra born in the spring, Zion gambols about happily and can’t understand why the adult zebras are not always happy too. As Zion gets older, he also finds himself feeling sad but can’t explain why. His mother, Minerva, assures him that “it’s OK to not feel OK” and that his sadness will pass.

Smith chose to make his main character a zebra because of the animal’s distinctive markings, which represent the ups and downs in life.

“The black stripes represent the dark times in life but they are always followed by white stripes, which represent happier times. And I gave Zion’s mother the name Minerva because she is the ancient Roman goddess of wisdom.”

The book is designed to be read at one sitting and has beautiful illustrations by British artist James Moffitt.

Ben has also posted free resources for teachers and parents on his website, but is especially delighted that A Zebra Named Zion will be used in his school as attitudes toward mental health are changing.

“The curriculum is being rewritten,” he says. “Well-being is an important part of education. When I had my struggles, I was lucky enough to have people around to reassure me things would get better. My experience got me interested in mental health and I want my pupils and any kid in school to know that they are not alone and that feeling anxious or depressed is normal. Essentially, kids are the same all over the world. They need love and understanding and the reassurance that it’s OK to not always be OK.”

Forgiveness is an inside job

What to expect when you go back to the gym