Menu
Patrick Nolfo was a disgruntled teenager, uninterested in football, doing a little martial arts, when his mother invited him to tag along to a yoga class. 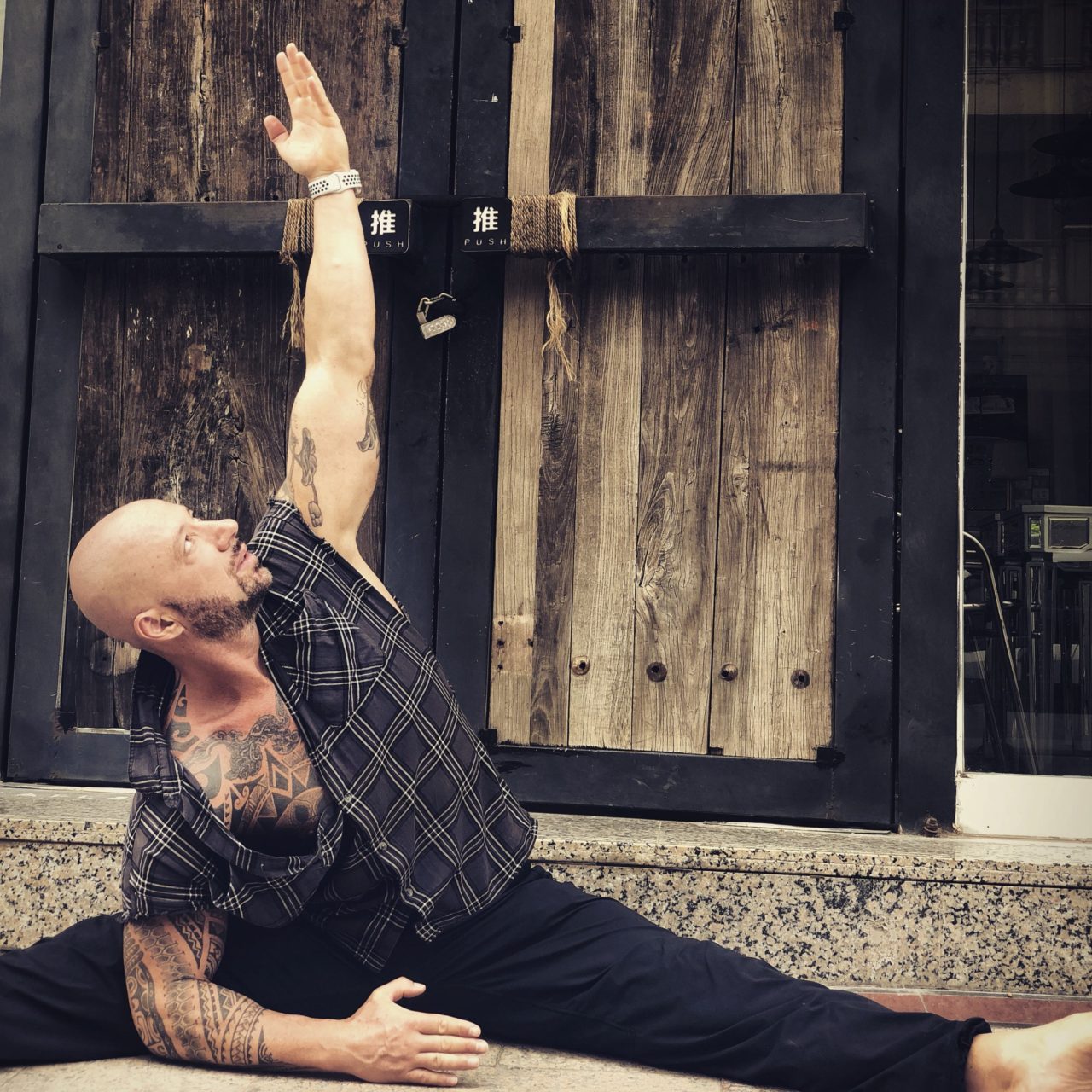 Patrick Nolfo was a disgruntled teenager, uninterested in football, doing a little martial arts, when his mother invited him to tag along to a yoga class.

“One class with my mom and I thought, ‘Wow, this is really great.’ And then I was practicing twice a week,” says Nolfo.

“For me it was really interesting, a new concept: you can breathe, you can relax, you can meditate, you can feel the body. It was much more interesting to me than karate.”

That first class launched the 47-year-old yogi from Montreux, Switzerland, who is visiting Abu Dhabi to teach classes at The Hot House on Friday and Saturday, into a practice that has lasted more than 30 years.

Soon Nolfo had decided he wanted to become a yoga teacher, long before it was fashionable. But he knew he needed training  and experience, so he travelled and studied, keeping up his practice. A year in Boston, another in San Diego; he worked in a hospital; he earned his masters in naturopathy. Then in 1999, he was ready to go to India.

“I bought a one-way ticket,” he says. “At the time, you couldn’t find yoga by Google. I knew I had to go to India.”

All told, he spent two years learning to teach yoga in India. Then, he returned to Montreaux and opened a studio.

Back then Nolfo was just 68 kilograms, barely recognizable from the muscular 90kg he is today. He started bulking up by lifting weights five years ago, and although he had been vegetarian, added meat back into his diet.

“I wanted to have more shape, to show people that a yoga teacher doesn’t need to be skinny,” he says.

All that new muscle would save Nolfo’s life a few years later. He started traveling throughout Asia to give workshops in 2015, and was visiting China two years ago when he was hit by a drunk driver on the sidewalk, fracturing his C5-C6 vertebrae.

Unable to move without help, in terrible pain and wearing a cervical collar, he went through a week of injections until he was strong enough to fly back to Switzerland for surgery.

“The doctor told me, ‘If you didn’t have your background, with your muscle, you would be paralyzed. The thing that saved you was that your neck muscle was strong, it was protected,'” says Nolfo.

It was only two weeks after surgery that Nolfo started to move his body, doing some gentle yoga, overseeing his own physical therapy.

Nolfo says he’s much more careful as a yoga teacher, too. He’s become a fan of acro yoga and in particular handstands, which will be the subject of one of his workshops this weekend.

“I love handstands because there is no pressure on my neck. I can be free with my neck,” he says. “It’s a really good inverse pose, because of the coordination between the brain and the muscles… you need to be focused 100 percent, you cannot think outside the pose.”

Nolfo is also an advocate of more men getting involved in yoga, extolling the physical gains they can make by working on their often-weak flexibility.

“It makes the body in better shape, it prevents injury,” he says. “Then combine flexibility with strength, and then your body is really functional.”

Right up there with the physical benefits, though, says Nolfo, are the emotional strength that a regular yoga practice can build.

Why we need to stop complimenting weight loss

Composting in the UAE? My Green Chapter can help