Menu
Yoga studios and gyms are launching stretching classes in Dubai and Abu Dhabi for athletes who don't want to explore their feelings or their spiritual side. 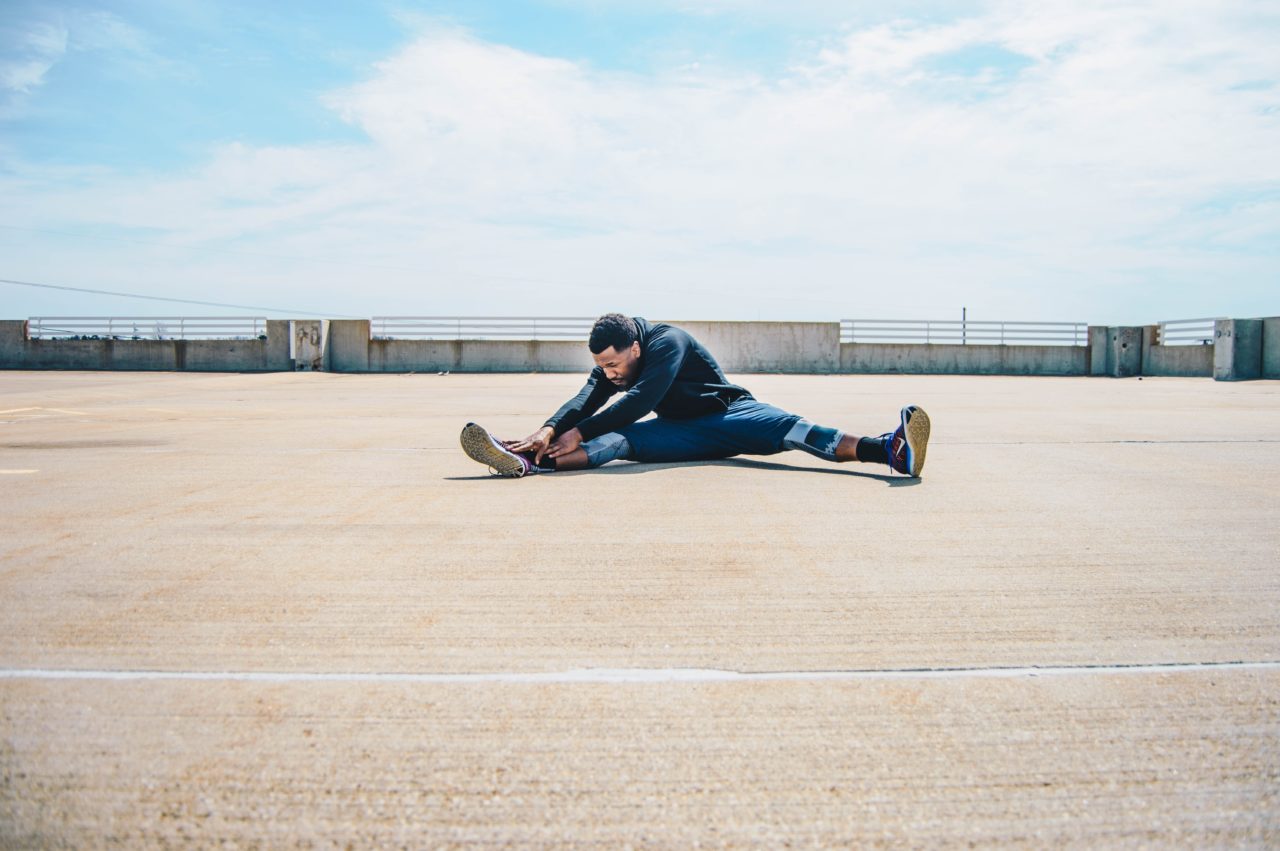 That’s why when his wife bought him a five-pack of classes at The Hot House studio in Abu Dhabi’s Al Zeina for his birthday – in response to his continuing complaints about being tight and sore – he gravitated to one called Stretch n’ Align.

“I could have gone to any class with that pass, but I think when I saw that stretch class I thought, ‘That really appeals to me,’” says Thompson. “I’m not really into that whole yoga-spirituality stuff and that’s sort of a better class for me to attend.”

Pem Fassa, a yoga teacher who bought The Hot House, launched the Friday morning stretch class in November to appeal to people just like Thompson.

With stretching, any worries or feelings of intimidation about not being flexible or strong enough, not knowing what to expect, or being confronted with a spiritual aspect they don’t want, are removed. But the physical and emotional benefits remain.

In the months since launching the class, Fassa has noticed a very different demographic turning up at the studio.

“I see more men gravitating toward the stretch class and very athletic people come in, people who are either in the CrossFit world or they are cyclists,” she says. “A lot of tight hamstrings. Even one-sided impact sports, tennis, golf.”

Fassa has since added a Thursday evening hot stretch class, which incorporates some light yoga flows, and next month, due to demand, will add a Wednesday night session to augment the Friday morning stretch class.

Stretch Dubai introduced the concept of assisted stretching sessions to Dubai last summer when it opened in Times Square Center. A team of physiotherapists and sports medicine specialists are devoted to just one thing: stretching you out. The studio, which operates like an on-demand massage therapy centre, has pushed and pulled on a steady parade of rugby players, CrossFit lovers, pilots, flight attendants, teachers and new moms. The owners, who brought the concept over from Australia, are scouting out an Abu Dhabi location.

And when the owners of Crank launched their indoor cycling and HIIT studio in Al Serkal Avenue last year, they added regular Stretch classes too.

Dana Salbek, part owner and Stretch instructor, points out that her classes go beyond yoga, with much more in the way of focus on mobility and recovery.

“These classes are designed to complement all the work that our members are getting done at Crank, both in the Ride and Shape class,” says Salbek. “The idea is to offer our members a holistic experience where they can come and work on endurance in our Ride sessions, tone and strengthen their muscles in Shape and then mobilize and work on functionality, recover and flexibility in Stretch.”

The classes are designed to work the entire body, zeroing in on the shoulders, lower back, hips and hamstrings.

It was important, says Salbek, that the Stretch classes be “nothing like yoga,” which wouldn’t really attract their target audience or fit in with what Crank is all about.

“We really intend to strip down movement into something much more basic, which is accessible for all,” she says.

To that end Salbek mixes dynamic stretching – incorporating duck walking or lunging across the room, some bear crawls and scorpion kicks with other forms of active stretching – wrapping up with 15 minutes of static stretching.

“Cooling down the body and holding stretches for longer period of times tackles flexibility,” says Salbek. “And just unravelling any ties and knots in the body.”

These sessions are badly needed by people who are often the fittest, providing the perfect complement for both endurance athletes or those into lifting weights.

“Generally there isn’t much awareness about the need to work on mobility and flexibility when it comes to fitness,” she says. “People, and unfortunately especially men – I say unfortunately because they need it the most – don’t see mobility work as a ‘workout’ and assume it’s something they can spend five minutes on at home or after a grueling workout.”

Those classes are a lot different to what she offers in the studio, with Lee joking her goal is to get the members to stay in the closing restorative pose of savasana “for three minutes” – but many of the goals are the same, says Lee.

“At Cobra, the student’s goals are usually less spiritual and a lot more physically oriented,” she says. “Gym yogis want to increase their flexibility, balance and mobility.  It’s an opportunity to use yoga to improve their overall athletic performance.”

Rhys Hamer is an intrinsic biomechanics coach and trainer who works for Bespoke Ride in Dubai, which specializes in strength and conditioning and triathlon training.

He sees more and more athletes realizing they need to stretch to improve their longevity in sport.

However even a stretching regime needs to be entered into cautiously, says Hamer, who is a big proponent of foam rolling.

“Most people are so tight that they need to get serious sports massage or foam roll daily to improve the quality of muscle first before thinking of stretching,” he says.

Most of the injuries stemming from CrossFit, for example, come from poor mobility practice and preparation, not enough stretching after workouts and too much anterior chain work – including squats, pushing, pressing and spinal flexion movement. There is also not enough work on the posterior chain of glutes, hamstrings and back.

Another big issue? “Not enough rest and recovery,” says Hamer.

Although Hamer says most of the CrossFit enthusiasts he knows would “hate” to do a stretching class, that seems to be changing.

Thompson’s complaints, for example, echo that of many 30- and 40-something deskbound workers, basically a feeling of being “tight everywhere” that a few moments of stretching before and after their workouts, if that, cannot alleviate.

Like many people, Thompson knows that he should be moving more outside of his CrossFit classes, and stretching more too. But the reality is, it just rarely gets done.

“Then you go into a class with a professional like that and spend a whole hour stretching, which I think every person should do after I found how good I felt after that class,” he says.

“I’ve been telling everyone about this class. The guys, they’re like, ‘Yeah yeah, I’ll give that a try.'”

And even though Thompson laughs and mentions “feelings” when yoga is mentioned, he acknowledges that taking an hour in a studio room to disconnect from technology had a positive, relaxing emotional impact too.

“If you usually stretch at home you’ll be in front of the TV or a movie or something like that,” he says. It made all the difference, he says, “just to sit there and really feel what your body is going through, and feel the tough spots.”

This Abu Dhabi nutritionist is over our obsession with weight loss

The first Sleep Expo Middle East is coming to Dubai