Menu
Lowe – owned by Emirati entrepreneur Mohammed Zaal and run by Australian Kate Christou – has become the first and only eatery in the UAE to be awarded the prestigious Michelin Green Star.  The restaurant, located in the quiet suburb of Al Barari in Koa Canvas Dubai, is making a potentially industry-defining impact on sustainability, meeting the legendary gastronomic guide’s criteria of illustrating “the transformation of gastronomic cuisine towards a model that combines ecological responsibility and... 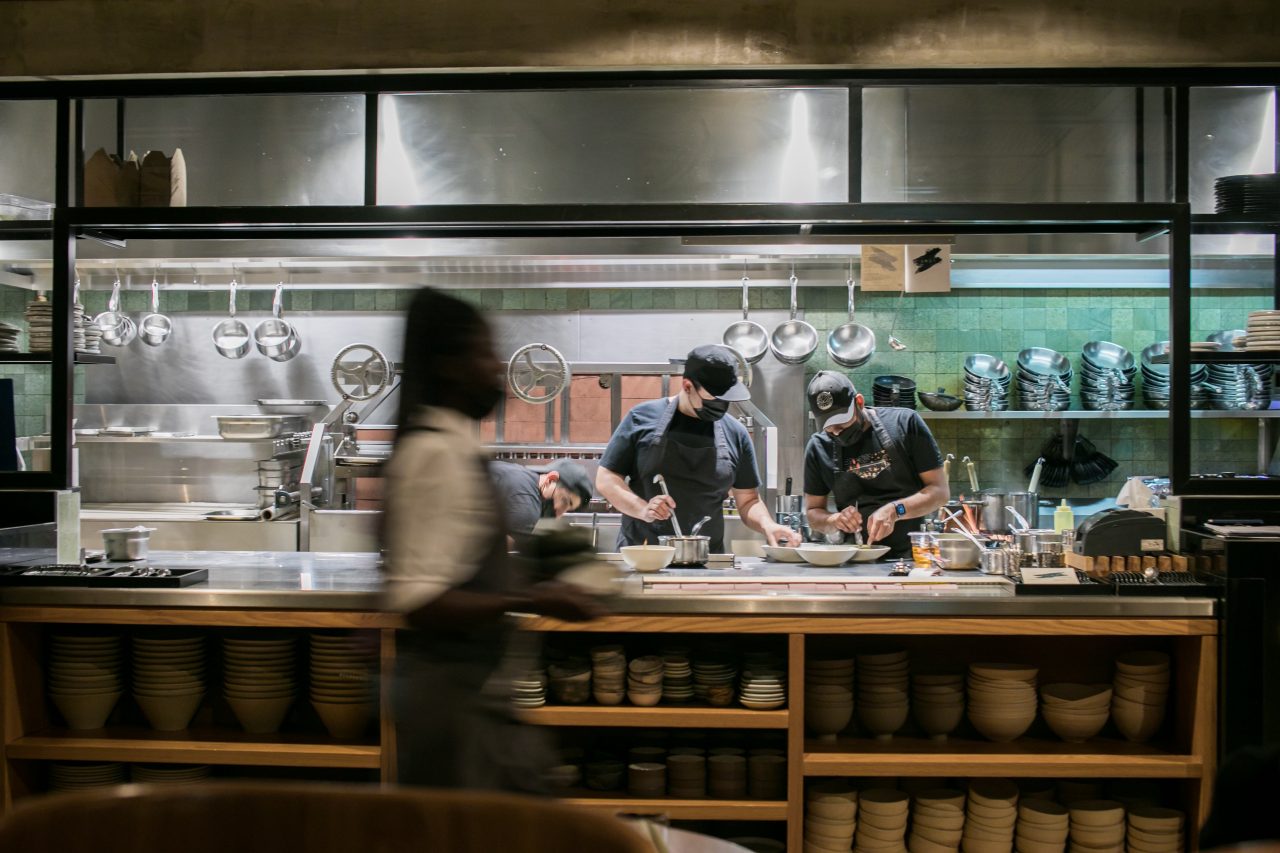 Lowe – owned by Emirati entrepreneur Mohammed Zaal and run by Australian Kate Christou – has become the first and only eatery in the UAE to be awarded the prestigious Michelin Green Star.

The restaurant, located in the quiet suburb of Al Barari in Koa Canvas Dubai, is making a potentially industry-defining impact on sustainability, meeting the legendary gastronomic guide’s criteria of illustrating “the transformation of gastronomic cuisine towards a model that combines ecological responsibility and restaurant know-how”. The critical acclaim has been free-flowing in recent months, with Lowe named the 23rd best restaurant in the MENA region by the World’s 50 Best rankings, and also scooping the site’s inaugural Sustainable Restaurant Award.

“The Green Star is a validation of everything we are doing with gastronomy and sustainability,” Christou, Lowe’s director of food and beverage, tells Livehealthy. “It meant the world to us and it was amazing to be able to tell the team that all their hard work has paid off and all of the times customers yelled at them because we refuse to have coffee cups or straws was all worth it!”

Sustainability has been a central part of Christou’s mission for years; as a student she represented the Australian government as a member of the Global Environmental Journalism Initiative. A passion for both food and the environment led her to the restaurant business and in 2019 she found a kindred spirit in Zaal, who wanted to shake up Dubai’s restaurant scene.

“It was a very natural partnership,” Christou explains. “We had the same vision and Mohammed gave my husband Jesse [Blake] – who’s responsible for creating the menus – and I free reign to bring that to life. It’s all about the food and everything else supports that. Lowe is a space that people can come in gym gear or a dress and heels; everyone is welcome and you can have simple, honest, rustic food at a reasonable price.”

Lowe focuses on cooking with fire and uses a charcoal grill, wood-fire oven and rotisserie to bring its dishes to life. It also focuses on being as environmentally friendly as possible.

“Sustainability is something that I grew up with and so just became my natural sensibility. And if it is part of your daily life, why wouldn’t it be part of my business life too?

“Of course it can be really daunting and overwhelming, so the first thing to do it so start small. Our first thing was packaging and a ban on single-use plastic from day one. Then it became easier to develop things on top of that.”

That environmental evolution saw Lowe develop a number of initiatives, including the hosting of a number of Waste Not dinners, which celebrated leftover produce that had been destined for the garbage. Those dinners are now few and far between because the chefs have become so accomplished at limiting food waste.

“Cutting down waste has been a big priority for us and Jesse has designed the menu in such a way that there is now very little waste. We have been incredibly creative and educated, our team, and our customers.

“We’ve created some amazing dishes – all of our meat and seafood dishes, we use every part – we’ll use bones to make sauces. We have a chicken congee that uses the bones for the broth and then we fry bits and put it on top. Trimmings of meat we mince and put in our burger.”

Local produce is sought out wherever possible, including seafood from around the Arabian Peninsula and fruit and vegetables from farms in the UAE. Lowe is also creating its own vegetable garden, due to be finished in October.

“I think most restaurants here struggle with this, as you simply can’t get everything you need locally here in the region and if I claimed we did that it would be a lie. Of course in winter we look at what we can get locally and design the menu accordingly, but we don’t aim for everything to be local.

“However, the infrastructure around food is changing and places are innovating. For example, this summer we’ve served lettuce with a great flavour from a UAE vertical farm.”

Beyond the food, Lowe’s packaging is all compostable and it has adjusted its opening hours to only be open in busy periods to avoid running the air conditioning and lights unnecessarily. Neither straws nor takeaway coffee cups are offered, the latter of which has caused consternation among some customers.

“It annoys some people,” Christou says. “But we want to also encourage people to stop and slow down and just spend five minutes drinking a coffee. Everyone has time to do that, even if they don’t think they do.

“We are always trying to get better at sustainability ourselves and part of that is spreading this message to our customers. There’s always more you can do and space to learn. I’m honestly considering whether having dinner only by candlelight in the restaurant is something we could do.”

Lowe’s staff also work a five-day week, an unusual arrangement in the UAE hospitality industry. Christou believes the buy-in of staff to the restaurant’s philosophy has been integral to its success.

“Staff welfare is hugely important to us and our philosophy is big part of who we are so staff understand from the beginning and we help educate them. I think they are proud to work here and there is a level of education from our staff to the customers then too.”

When the Covid pandemic hit in March 2020, Lowe had only just celebrated its first birthday and there was a time when it looked as though the restaurant may even permanently shut its doors. But two years on, Christou and her team are celebrating unprecedented success and now Lowe finds itself as the poster child for restaurant sustainability in the UAE.

“It has been a crazy rollercoaster,” Christou admits. “We aren’t massively public about what we do and it’s only when these awards happen that people get to see.

“I’ve seen a lot more restaurants heading in the no-waste direction, focused on sustainability, which is amazing. Restaurants like BOCA are doing a lot in that space. Unfortunately, to choose a sustainable path is way more expensive – that’s the biggest deterrent here.

“I know a lot of restaurants would love to be sustainable but when the margins are tight and the cost of food is going up, there is no way to do it without effecting your income. We have been lucky to have someone in Mohammed who believes in this approach as passionately as we do. Now there are eyes on us and pressure on us to do even more; it’s a challenge we will embrace.”

Why mental health is not always in your head

Bored of your workout? Here's 10 new UAE gyms to try 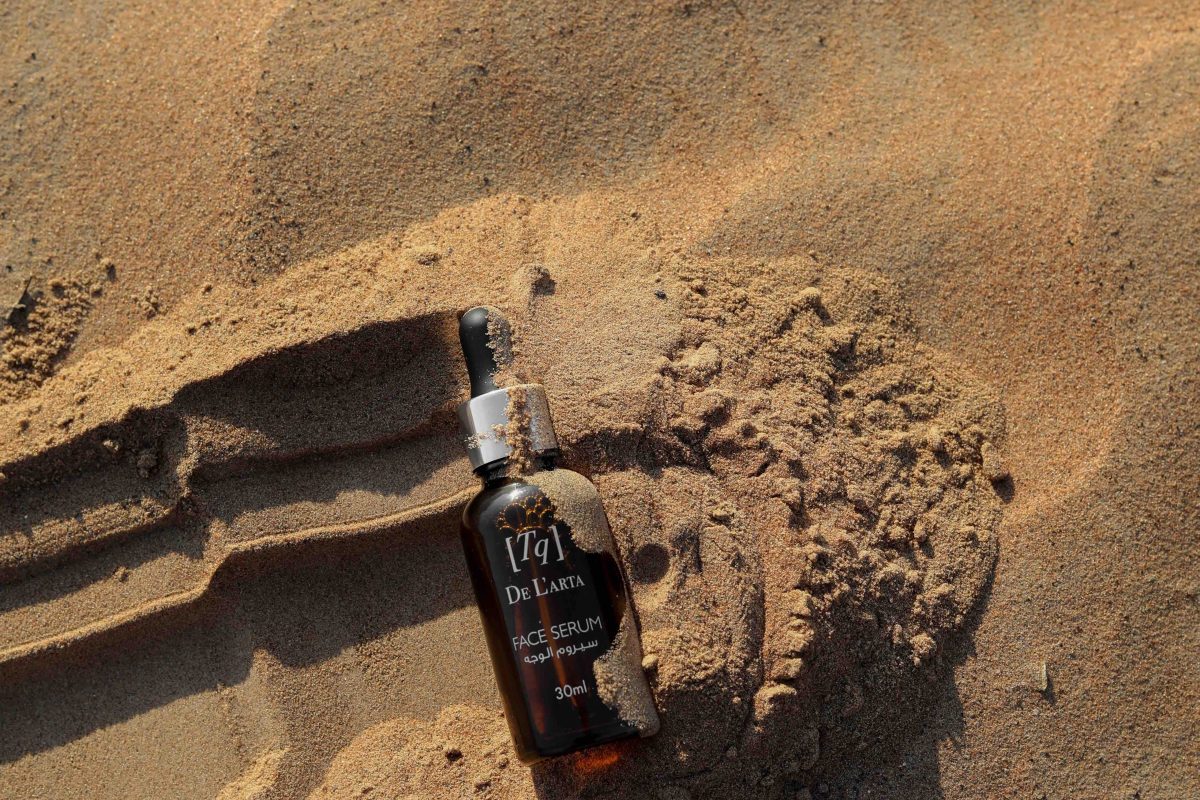