Menu
For families of people of determination, the real work of the Special Olympics is to keep the momentum going to make positive, practical changes. 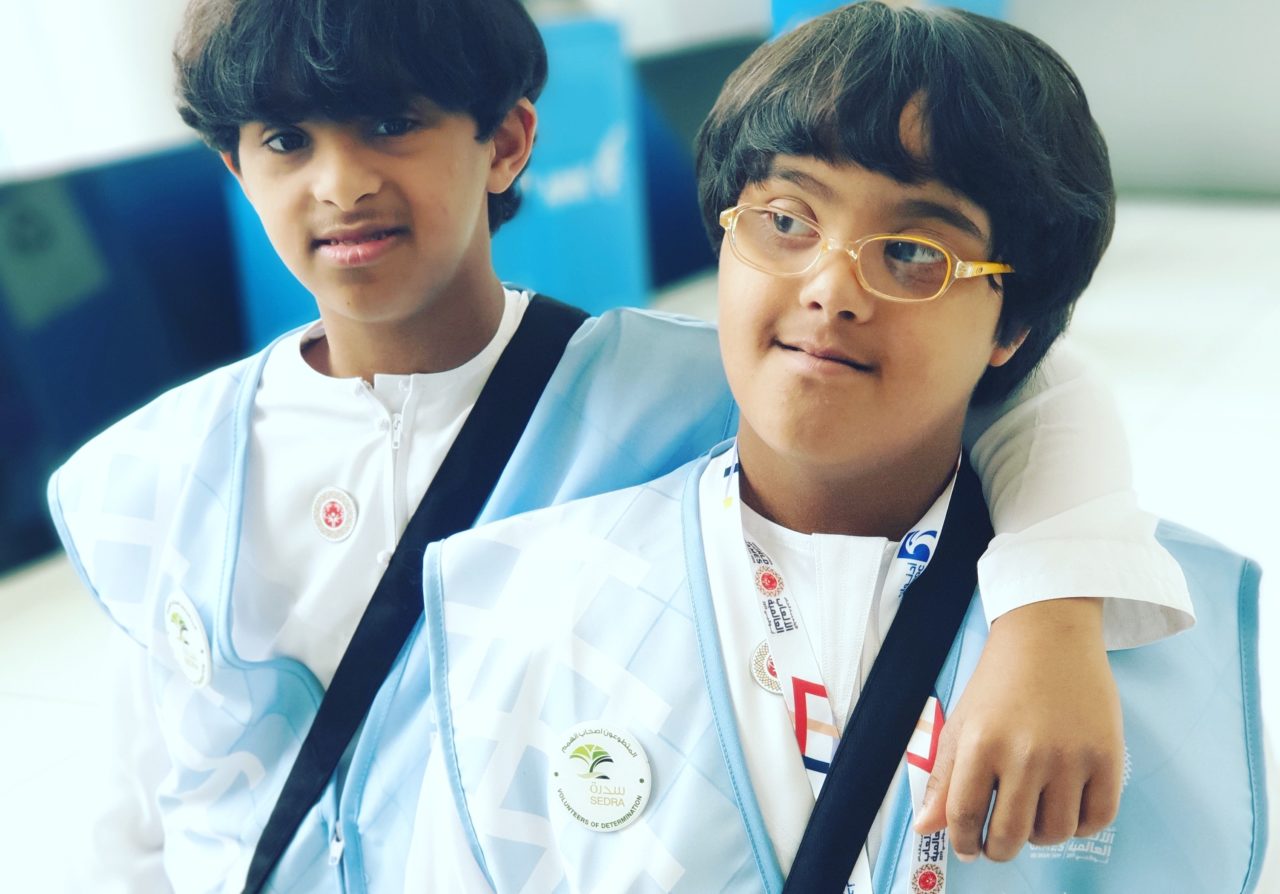 Over the course of eight days in March, the Special Olympics World Games in Abu Dhabi transfixed the city.

The event cemented the capital’s credentials as a city capable of hosting world-renowned sporting events and brought people of determination out of the shadows and into the spotlight.

At the closing of the Games, there was a promise of so much more, with the launch of a nationwide program to pair up students with and without disabilities in sports and other activities and also a Mothers of Determination Association to support the needs of families of children with intellectual disabilities. On the corporate social responsibility side, ADNOC stepped up, pledging to provide people of determination with a range of specialist learning support services at ADNOC schools.

But for families of people of determination, the work doesn’t end now that the Games are over. The real challenge is to keep the momentum going and turn that increased awareness into positive, practical changes.

Ameera Al Qubati is a long-time advisor to the Abu Dhabi chapter of the Emirates Down Syndrome Association and now a member of the new Mothers of Determination Association. The mother of four children, including one with Down syndrome, says the Special Olympics accomplished in eight days what she and fellow parents could not achieve in 10 years in terms of public perception.

“The Special Olympics was a positive message about people with intellectual disabilities and people of determination,” she says. “As the mother of a child with Down syndrome, it was really positive and we can see that people are trying to help us now. Before when we used to go to places like clubs, or schools, or malls, most people would not look at a child in a positive way. But now they are keen to help, they are smiling at them. It has been a 180-degree change and we can see the difference, since the first day after the opening ceremony.”

Yet one of the major obstacles parents and children of determination face in the UAE – access  to education – remains  firmly in place.

Al Qubati previously tried 11 schools before finding one that would accept Saif, 10, and now finds herself in the same position for the coming school year.

Extracurricular clubs won’t allow him to join, either.

“First of all, the schools say they cannot take him because they don’t have the resources that will help my child,” she says. “Secondly, they say the special needs department is full and cannot accept anymore children. These two excuses are very common.”

While a lot of schools have places for children with additional needs, Ameera believes priority is given to children with learning disabilities over children of determination.

She is motivated to do more to help and recently enrolled to study for a PhD in special education, with a dream of starting a fully inclusive school that will be open to people of all abilities. “I’ve always dreamed of having a full Montessori school – primary and secondary – because I feel it’s really good for our kids, especially kids with Down syndrome,” she says. “They learn through imitation and sensory exploration.”

Schooling is also a concern for Andrea Guy, whose 12-year-old son Oscar has high-functioning autism (Asperger’s) and obsessive compulsive disorder.

“Our biggest challenge is inclusion in education, like many people in our situation,” she says. “Inclusion is very much a buzzword. Schools talk about it and the KHDA talks about it, but it’s not happening. Children are being excluded from school on an almost daily basis or being refused places in schools despite the KHDA’s policy that states they can’t be rejected.” The KHDA is the Knowledge and Human Development Authority, which is the regulatory authority for education in Dubai.

While the Special Olympics raised awareness for people of determination, schools have a long way to go to be more proactive and accepting.

“We also need the families of neurotypical children to be more accepting and appreciate the fact that our amazing children can add a huge amount of value to their children’s education,” says Andrea. “Oscar, for example is incredibly clever, he just looks at the world in a different way. That’s not a bad thing. Sometimes having him explain to me how the world looks for him can be incredible.”

As for parents of adults of determination, the challenges continue. Lizette Lemhkuhl’s daughter Clari, 28, is the UAE’s first Zumba instructor with Down syndrome. Clari also represented the UAE in tennis at the Special Olympics. Yet despite Clari’s achievements — she recently landed a job at twofour54 weeks after Lehmkuhl was interviewed for this article — her mom says there aren’t enough opportunities for people of determination.

“It is vital that these games should be used to speed up inclusion and the creation of long-term, sustainable opportunities for people of determination,” she says. “It will be a shame if the people who should benefit never get the opportunity to benefit.”

Despite Clari’s new job, which came about after an internship, not much has changed in practical terms in the months since the Special Olympics, says Lehmkuhl.

“Yes, the athletes were interviewed and used in marketing campaigns to promote ideas and brands, but we have not seen or heard of any company coming forward saying that as part of their corporate social responsibility program, they will hire any people of determination. That is inclusion and that is what we hoped the Games would have achieved,” she says.

“It remains extremely difficult for the determined ones to even get a disability card in Abu Dhabi. The process has not been defined, it takes weeks to get it done and you are sent from one government department to another. It is very hard to get answers on where to go and how to go about getting a disability card for a person with intellectual disability. It is easier if it’s a physical disability to get a card.”

Lizette’s ultimate outcome from the Special Olympics would be more opportunities for adults of determination.

“The dream is that companies are encouraged to employ people of determination through incentive schemes,” she says. “There are so many people like Clari who can make a difference in the community.”

For Andrea Guy, that dream is true acceptance, for her son to feel like he belongs.

“The school system has been extremely difficult and challenging for him and it’s made him question himself and where he fits in the world and why other people can’t be more accepting,” she says.

“The Special Olympics was great for helping to raise awareness for people of determination, but it also showed their amazing talents and the fact that their challenges don’t stop them from doing the things they want to do, or the things that every other person can do. They just do it in a more creative way.”

Editor’s note: This article has been updated to reflect Clari Lehmkuhl’s change in employment status.