Menu
The UAE is in the midst of a diabetes crisis, but what might be lesser-known is that prediabetes — often the precursor to full-blown type 2 diabetes — is also at critical levels. Research from GluCare Integrated Diabetes Center in Dubai has revealed that around 15 percent of people in the UAE have prediabetes.  That’s around 19 percent of Emiratis and 15 percent of expatriates living with the condition. “One in six people are affected... 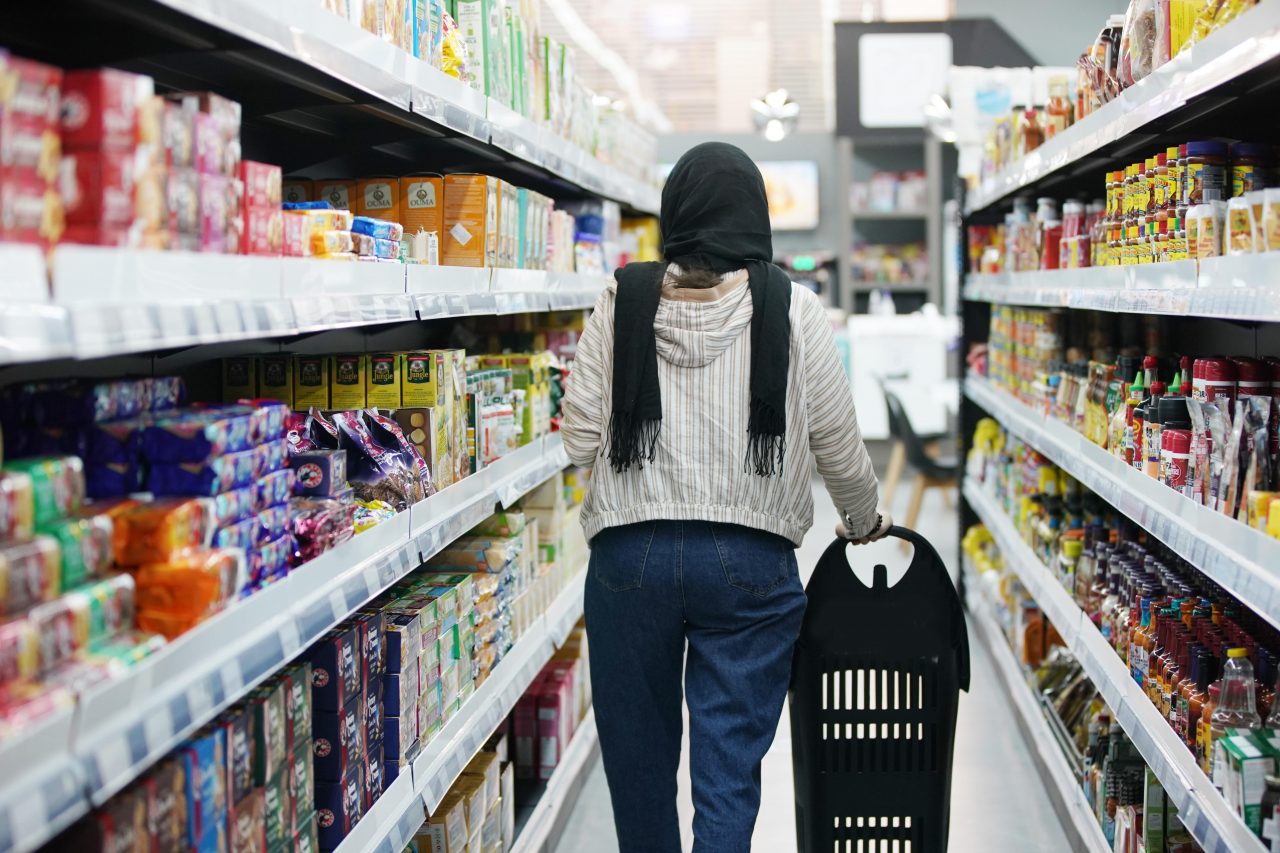 The UAE is in the midst of a diabetes crisis, but what might be lesser-known is that prediabetes — often the precursor to full-blown type 2 diabetes — is also at critical levels.

Research from GluCare Integrated Diabetes Center in Dubai has revealed that around 15 percent of people in the UAE have prediabetes.  That’s around 19 percent of Emiratis and 15 percent of expatriates living with the condition.

“One in six people are affected by diabetes or prediabetes in the UAE,” says Dr Yousef Said, specialist in internal medicine and diabetology at GluCare. “And approximately 40.7 percent of adults aged 20–79 with type 2 diabetes are unaware that they have the condition.”

The numbers of people who are living with prediabetes could also actually be higher than reported, as the condition is often symptomless.

“You may have it and not know it,” says Dr Said. “People who develop type 2 diabetes almost always have prediabetes beforehand.

One rare sign of prediabetes is darkened skin on certain parts of the body including the neck, armpits, elbows, knees and knuckles. Symptoms indicating that you’ve moved from prediabetes to type 2 diabetes include increased thirst, frequent urination, excess hunger, fatigue and blurred vision.

But there is some good news: if diagnosed early enough, prediabetes can be reversed, and the onset of type 2 diabetes can be prevented. Here’s what you need to know about the condition from experts and people who’ve experienced it.

“Firstly, one must understand the role of insulin in energy utilization,” explains Dr Nasr Al-Jafari, medical director at DNA Health & Wellness Center. “Insulin drives glucose into our cells to use as fuel. In the presence of persistently high glucose levels, we in turn produce higher levels of insulin. After a period of time, our cells are programmed to manage a situation of excessive glucose by becoming less sensitive to the insulin.”

This is what is known as insulin resistance.

“This leads to a scenario whereby even at peak insulin production, the cells will not take up all the glucose, meaning blood glucose levels start to rise,” continues Dr Al-Jafari. “The diagnosis of pre-diabetes and diabetes comes down to the average level of glucose in one’s blood. In other words, pre-diabetes is considered to be the precursor to type 2 diabetes, based on progressively higher average glucose levels.”

“If not managed well at the beginning, the pancreas’ insulin production can decrease, which means that insulin deficiency, as well as resistance, affects people with type 2 diabetes. Metabolism changes as a result, and the person must then be treated with insulin injections.”

It’s the same lifestyle factors that cause diabetes, such as poor diet, eating high volumes of red and processed meat and smoking.

Dr Said points out there are risk factors outside of lifestyle choices.

“Your risk of prediabetes increases if you have a parent or sibling with type 2 diabetes,” he says. “Race or ethnicity can play a part too, although it’s unclear why, Black, Hispanic, American Indian and Asian American people are more likely to develop prediabetes. If you had diabetes while pregnant [gestational diabetes], you and your child are at higher risk of developing prediabetes, as are women who have polycystic ovary syndrome. People with obstructive sleep apnea have an increased risk of insulin resistance.”

Why is prediabetes such a big problem in UAE?

“The rapid transition and modernization of the lifestyle, the availability of unhealthy food options and the reliance and ease of transport,” explains Dr Al-Jafari. “The UAE ranks in the top 10 in the world.”

Dr Said reiterates the point. “Diabetes is a regional affliction, with Saudi Arabia, Bahrain, Kuwait and Qatar all featuring in the top 20 countries in terms of prevalence worldwide. Trends also indicate that the prevalence of diabetes in the UAE is rising at a faster rate than both the MENA region and the rest of the world,” he explains. “The number of people with diabetes in the UAE is expected to double to 2.2 million by 2040.”

Other contributing factors to the numbers include the UAE’s increasing population and more positively, a greater understanding of the condition, which has lead to an increase in patients being diagnosed. Dr Said goes on to highlight the importance of getting the country’s diabetes and in turn, prediabetes problem, under control.

“Diabetics represented nearly 40 percent of Covid-19 fatalities in the UAE, with an untold number of others facing interruption and access to care and related services,” he reveals.

One major challenge is patients not complying with their treatment plans once diagnosed, and that is something Dr Said and Glucare are trying to tackle.

“In a 2014 study of diabetics in the Northern Emirates, 40 percent reported non-compliance to their care plans,” he said. “Prediabetes and diabetes is a 24/7 condition that traditionally relied on guesswork and a one-size-fits-all approach. At GluCare, once diagnosed, patients are enrolled in their personalized GluCare program seeing a physician, a nutritionist, a diabetes educator and a coach.”

“This kit of connected devices collects and collates real-time data in a proprietary phone app that, combined with self-reported factors such as photos of meals and well-being questionnaires, are sent back in real-time to an AI and machine-learning platform,” explains Dr Said. “Real-time insights and risk factors are identified for each patient, allowing the team to make timely decisions regarding the patient’s care.”

Who should be getting a prediabetes check?

“If you are over 30 years old, physically inactive, are overweight or obese, have a family history of diabetes, hypertension, cardiovascular disease or elevated blood fats, you should be screened for prediabetes,” advises Dr Said, who also lists women with polycystic ovary syndrome or disorder or a history of gestational diabetes. “Nowadays, more and more younger people are affected too because they have an increased risk of disease due to being overweight.”

Father of two Anthony McMillan, 44, was diagnosed with prediabetes in May this year and has been on the Glucare treatment program ever since.

“I had no symptoms but my father and two brothers have type 2 diabetes, and as I was very unhealthy and in the obese weight category, I decided to get checked out,” says the Abu Dhabi-based company owner from Abu Dhabi. “I often ate junk food and sugary food such as chocolate, biscuits and jelly sweets and  I was not active at all. I felt sluggish, fat and generally unhealthy, so I wasn’t surprised at the prediabetes diagnosis.”

Anthony was told to make some serious changes or risk dramatically declining health.

“Diet is the main change I have made,” he explains. “I eat a lot of salads now. I have completely cut out takeaway food, cut out added salt, sugary snacks, and full sugar drinks and added in vegetables, lean meats, and hormone-free foods. I’m feeling great and I have lost over 25kgs and two-and-a-half waist sizes in my jeans. I am using my TRX and making a conscious effort to walk and run more, and I believe I am on the path to reversing my prediabetes in the next few months,”

“Prediabetes and even early-stage type 2 diabetes are often silent,” says Dr Al-Jafari. “More often than not, people are diagnosed years after the onset. Typically people with prediabetes are overweight, as obesity often happens in parallel due to the fat-storing characteristics of insulin. That being said, people can have normal BMIs and still develop both pre and type 2 diabetes.”

Someone who can relate to this is Samaa Abdalla, a paralegal from Dubai.

“I would have considered myself a healthy person, normally opting for salads rather than carb and fat-heavy foods,” explains the 27-year-old, who was diagnosed with prediabetes in May. “I was very surprised because I always thought I was too young.”

Samaa admits that during lockdown her diet and activity levels did start to deteriorate.

“I had a habit of snacking throughout the day and as an avid baker, at the start of the pandemic my family and I would indulge in desserts nearly every night,” she says. “I used to exercise almost every day but over the last couple of years, I rarely exercised.”

She goes on to add: “My father has type 2 diabetes, but he has been managing it with a healthy diet and active lifestyle. Genetics played a role and my lifestyle and eating habits weren’t helping my case either. By eating too frequently or eating sweets late in the day, my glucose levels didn’t get a proper chance to drop after spiking,.

The good news is you can reverse it

“Dietary change is the most effective intervention,” explains Dr Al-Jafari. ”Reduction of the foods which stimulate insulin the most, namely sugar, bread, pasta, biscuits, and certain starchy carbohydrates such as potatoes and rice.”

Samaa, a patient at GluCare, outlined the medical guidance she received that stopped her from being prediabetic.

“I first stopped eating any kind of sweets, rice, pasta, bread and any simple carb foods,” she says. “I replaced these with fruit, protein bread, protein shakes, konjac pasta and noodles, and a variety of foods with a low glycemic index [that affect blood sugar levels the least]. I also became more conscious about the timing and the number of times I would eat. Instead of snacking throughout the day, I made sure to have breakfast, lunch, and a light dinner. If I have sweet cravings in between, I have a small piece of dark chocolate or some apples with peanut butter. In addition, I increased my water intake to at least two liters per day. Prior to this, I would barely drink a glass each day.”

Samaa has also returned to exercise. “I started fitting in a gym session before heading to the office. I also started doing breathing exercises in the morning, and this helped me with an overall sense of focus and calmness. I have more energy generally.”

Health foods and fasting could help

Alongside a diet of low glyclemic foods, there are some super foods that could help reverse prediabetes.

Dr Al-Jafari does have one warning. “Whilst the perception is that fruit is healthy, many have high levels of fructose, which can be problematic for diabetics, in particular higher glycemic fruits such as grape, watermelon, bananas, pineapple, mangoes.”

He is also a big advocate of fasting. “It’s incredibly therapeutic and is probably the most effective and efficient way of reversing pre-diabetes and diabetes. This usually means a combination of some form of regular ‘daily time-restricted eating’ and periodic longer ‘water-only’ fasting, under the supervision of a doctor and on a case-by-case basis.”

But it’s not all about what you eat, or don’t eat.

He finished by adding: “Physical activity, on the other hand, helps you control your weight, uses up sugar for energy and makes the body use insulin more effectively. Research shows that performing both cardiovascular and strength training is far more beneficial at improving insulin health than either type of exercise alone.”

• For more information or to book a consultation and prediabetes blood test go to Glucare Health.

How can art change the way we look at the world?