Menu
She’s just 13, but in June, while everyone else was preoccupied with Covid-19, Imogen Robinson was finishing her last round of chemotherapy after a seven-month battle with ovarian cancer. But cancer didn’t stop her from learning how to apply makeup, or starting a social media platform to showcase her looks. Or from taking up the piano – and all this while keeping up with her checkups and other doctor’s appointments, along with the monthly bloodwork,... 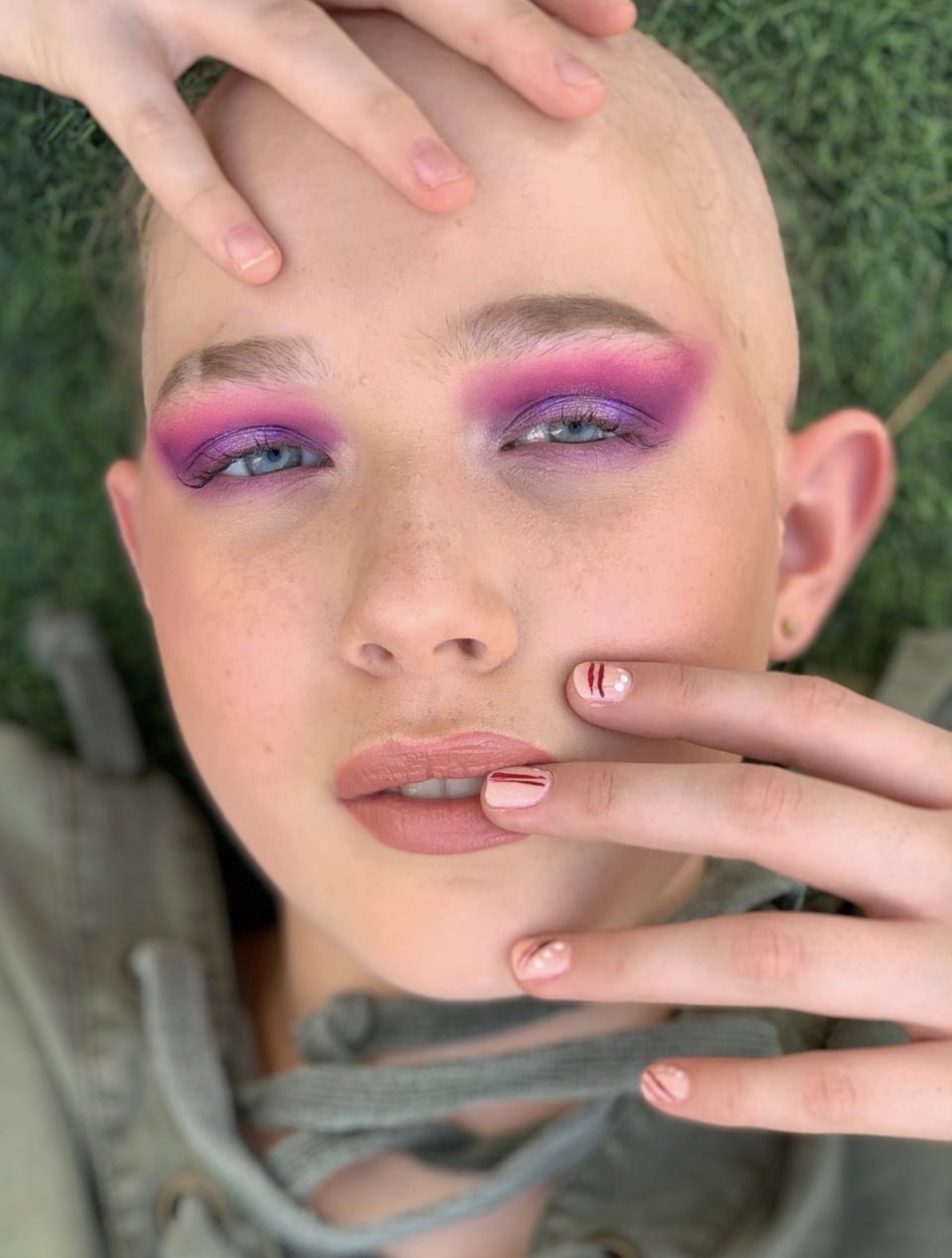 She’s just 13, but in June, while everyone else was preoccupied with Covid-19, Imogen Robinson was finishing her last round of chemotherapy after a seven-month battle with ovarian cancer.

But cancer didn’t stop her from learning how to apply makeup, or starting a social media platform to showcase her looks. Or from taking up the piano – and all this while keeping up with her checkups and other doctor’s appointments, along with the monthly bloodwork, hearing tests, MRI and CT scans that will be a part of her life every three months for the next year.

Imogen has been practicing dance since the age of four and has traveled throughout Europe representing her studio, Rise Center for Dance and Taekwondo and competing in championships across the world. While she is preparing for her grade 6 intermediate ballet exams, she is mainly concentrating on jazz, hip hop and contemporary dance.

Although one day she hopes to be a dance teacher,  in recent months her cancer treatment has often left her too exhausted to practise. It was for that reason that she became interested in makeup, seeing it as a form of self-expression and a creative outlet that would not tire her out during her recovery. She draws inspiration from her older sister Mia, 17, who helped her launch her platform on Instagram, as well as some of the industry’s giants including James Charles, Nikkietutorials and Dubai-based Huda Beauty.

Her cancer diagnosis came after almost a year of concern – and a fruitless trip to the hospital. It was Imogen’s ballet teacher who confirmed Inci’s family  suspicions that all was not well, says Jenny.

“Her teacher quietly said to me, ‘I don’t think she’s right; when I have to adjust her for ballet, I can feel her abdomen and I just feel like something isn’t right’.”

Imogen underwent surgery to remove what was thought to be a four-kilogram cyst that turned out to be a tumor; she had her first cycle of chemotherapy in March.

Ovarian cancer is considered to be one of the rarest forms of cancer. it accounts for only three percent of cancer cases among women. It is also one of the most difficult to detect – not for nothing is it down as the “silent killer.” It’s even more rare in those under 17, accounting for just one percent of all malignant tumors.

While the pandemic has introduced a raft of additional difficulties, Imogen and her family have managed to find a silver lining.

“As a result of the pandemic and being in lockdown, it means that we have been able to keep Imogen very safe, because her immunity is compromised,” said her mother, Jenny.

For Imogen, the pandemic has meant she still feels part of school life.

“It’s much easier to do school work and make sure I’m not missing out, because everything is digital now,” says Imogen. “I wouldn’t have been able to do a lot of [the] school work if there wasn’t a pandemic, because they wouldn’t be sending as much stuff home, and I would just be trying to get work off of my friends.’

Imogen’s parents stressed that humor has played a major role in keeping the family strong and providing them with comic relief during her cancer treatment.

“I think [humor] was important to break the seriousness of the situation,” says Jeremy. “I’m a bit of a clown so I think that was really helpful.”

Jenny also stresses how incredibly grateful the Robinsons are for all the support they have received from family and friends, as well as Imogen’s dance studio and school, who have offered everything from Zoom classes to additional assistance for both Imogen and Mia.

“We’ve been so grateful for the support that we’ve had,” said Jenny. “They say that in crises you find who your friends are, and it has been abundantly clear who have been fair weather friends and who have been with us through the storm.”

Although Imogen has officially finished her chemotherapy and all indicators point to her being cancer-free,  after these first critical 12 months she will have periodic check-ups for the next five years.

With  her hugely infectious laugh and gleefulness, Imogen offers a few words of encouragement for other young people about how to pursue their dreams, no matter what life is throwing at them.

“Go for it, don’t listen to others who try and stop you, and express yourself however you want,” she says. “Even if it’s different or you think you’ll embarrass yourself.”

Curious about Covid-19 testing? Here are your options